And here is my A321, just arrived from Frankfurt am main. I'll be flying it back in less than an hour." 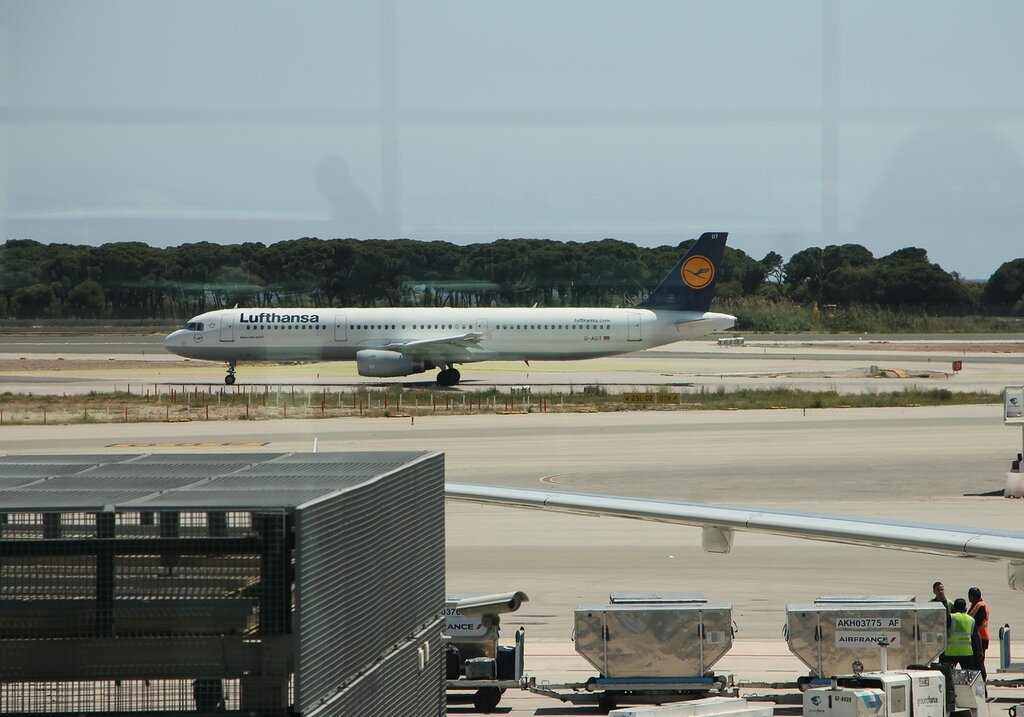 After a short wait, I am on Board the plane. The layout is single-room, as in low-cost airlines. It is only a couple of hours to fly, and intra-European flights are no different from a tram ride for a long time. 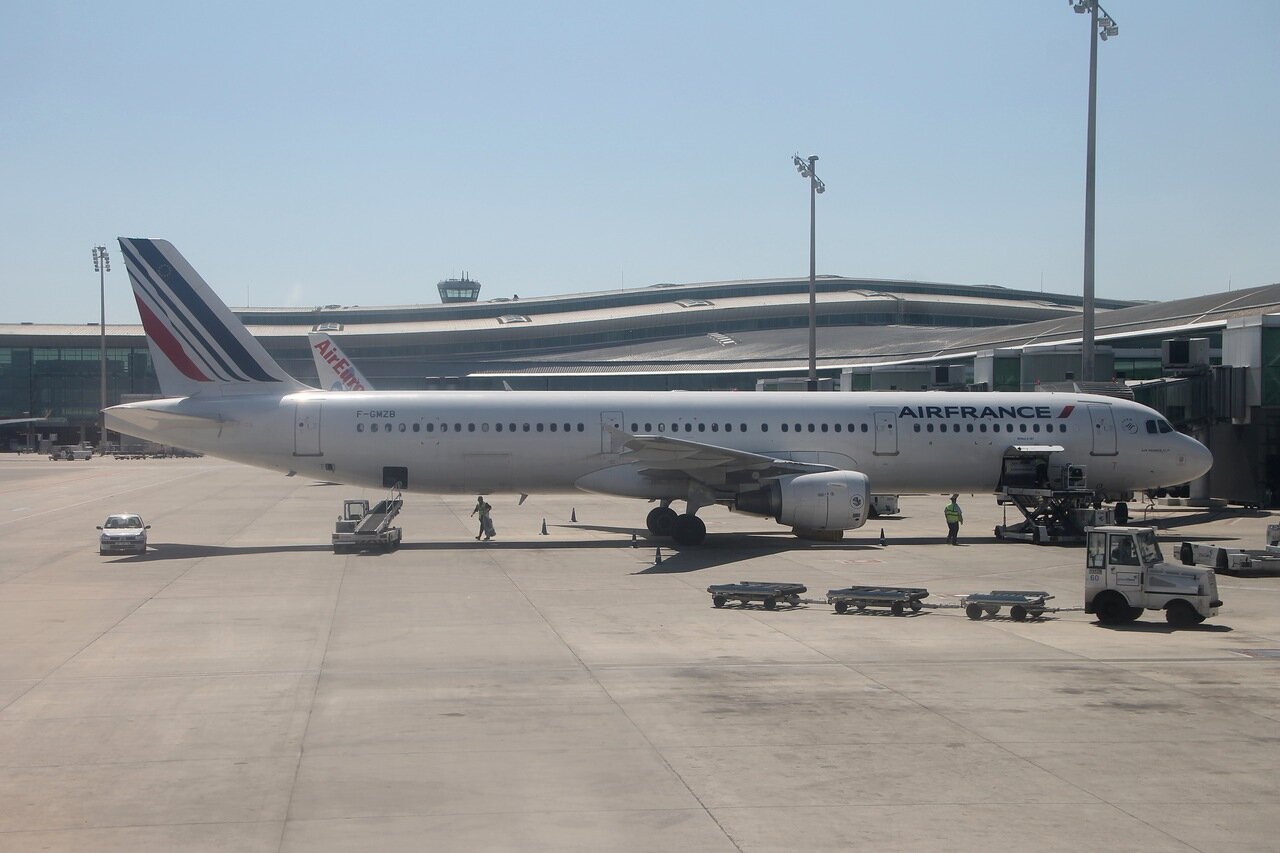 We start moving in the takeoff zone.

After taking off from the runway of El Part airport, the plane immediately began to turn towards the sea. 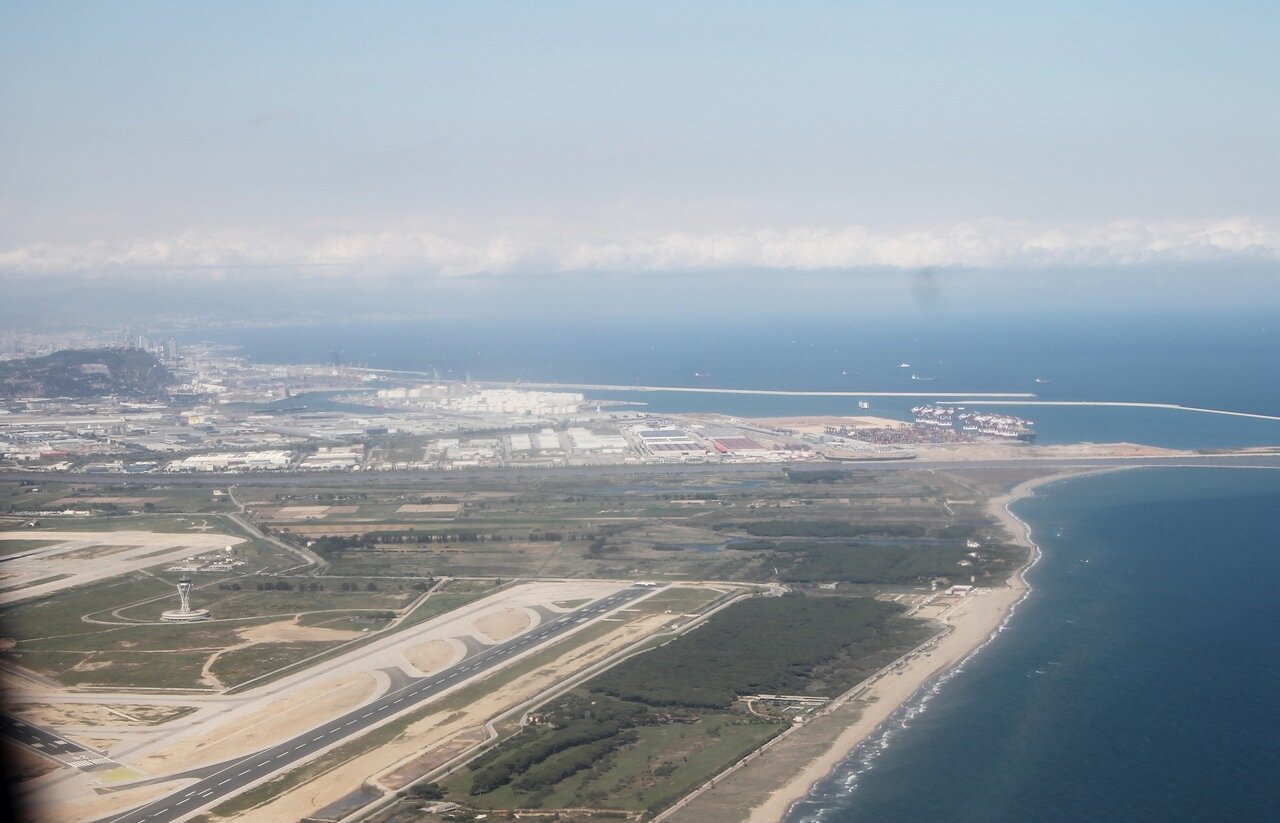 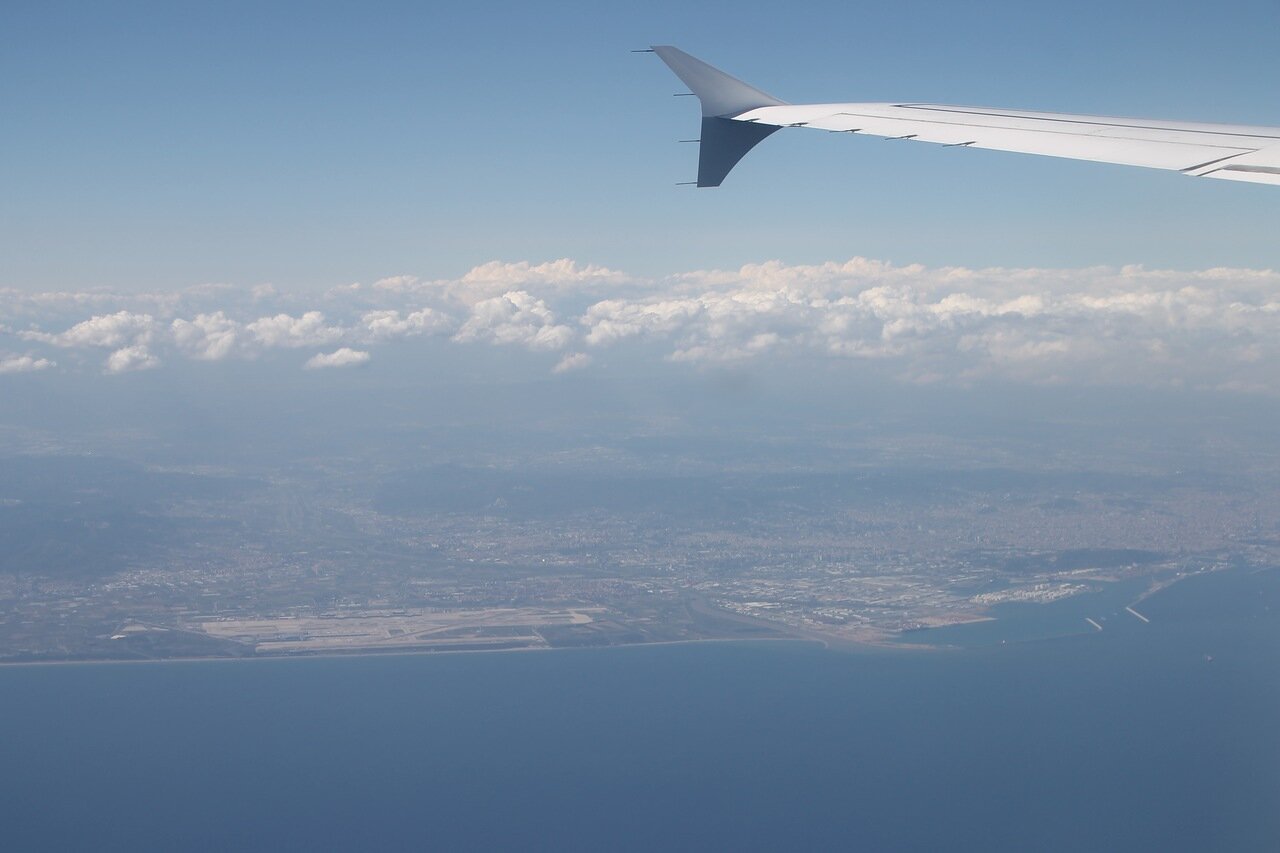 And between them is the mouth of the Llobregat river, the second largest in Catalonia after the Ebro. 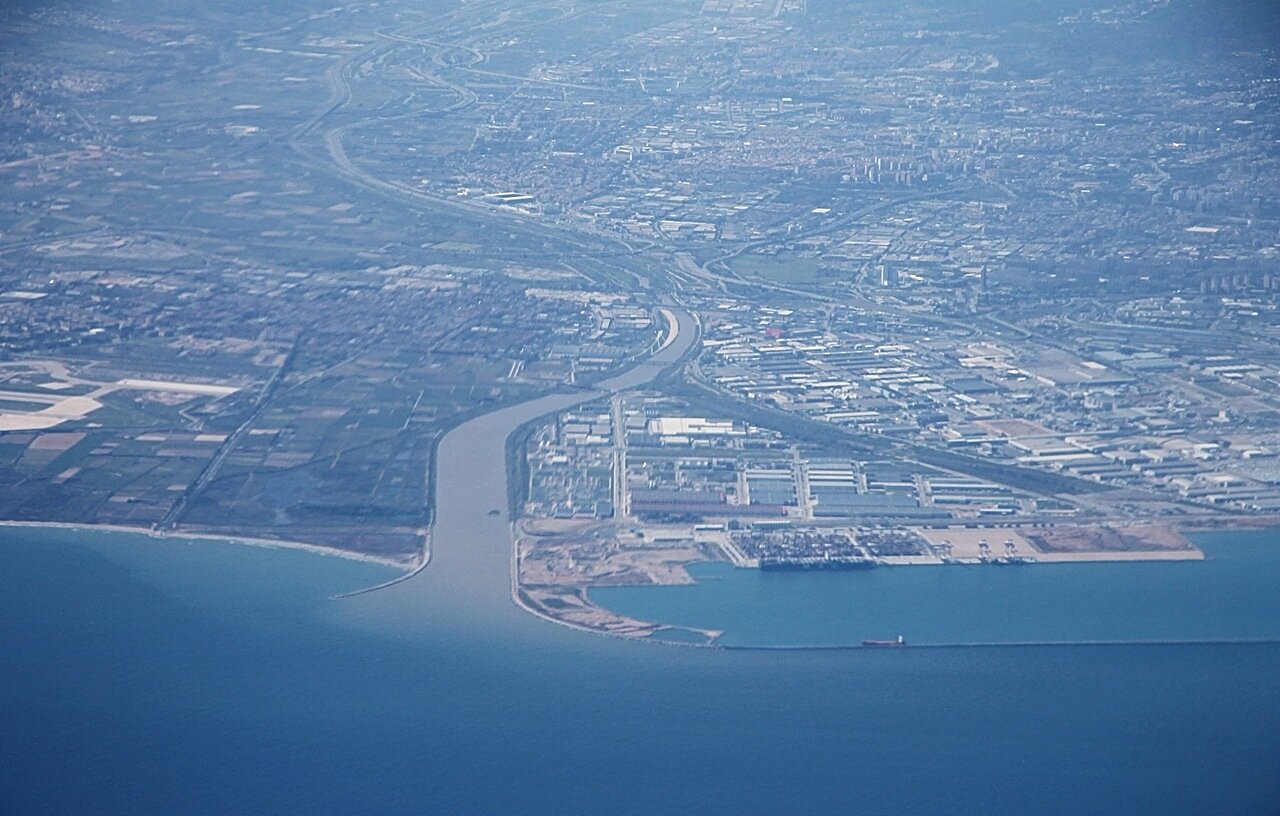 After about half an hour of flying over the sea, the plane crossed the coastline, and soon under the wing appeared snow-covered peaks. 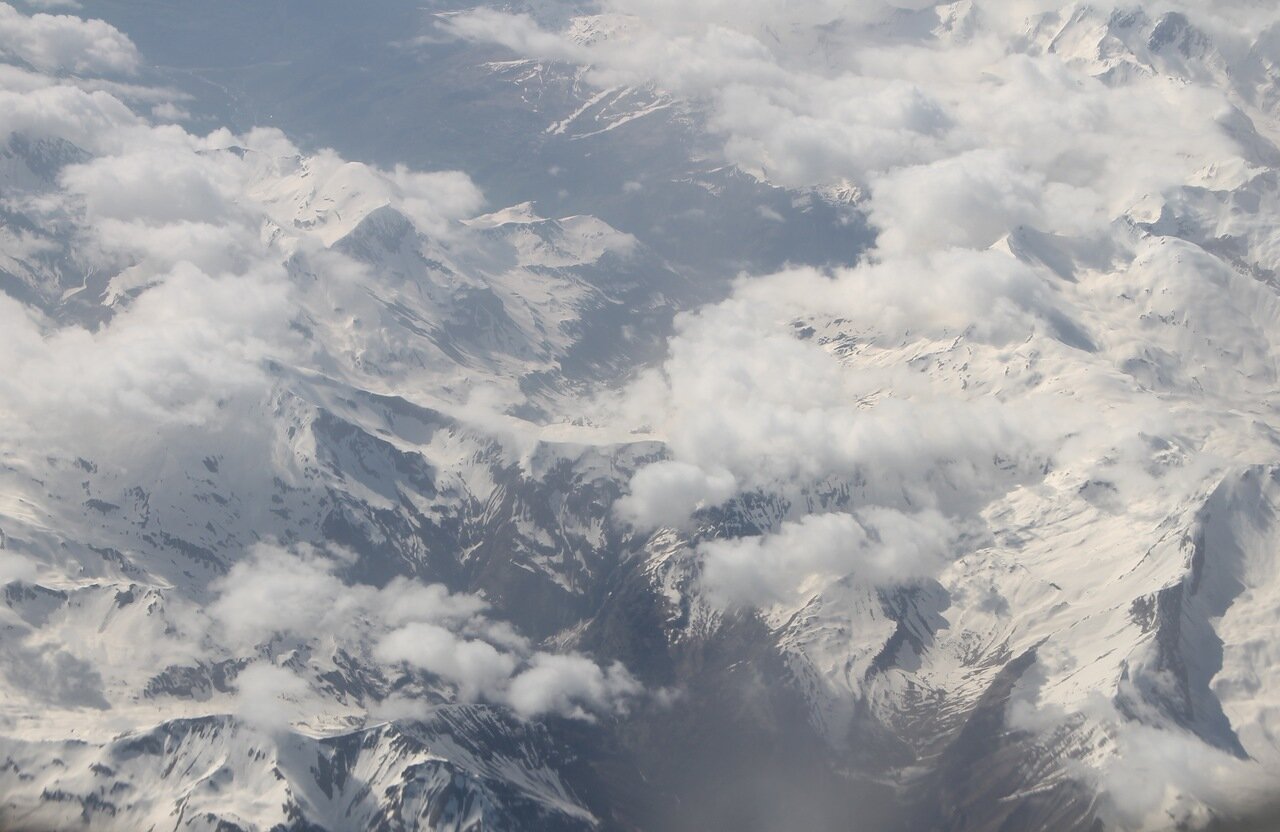 The flight route lay over the French Alps, and a little over the Swiss. 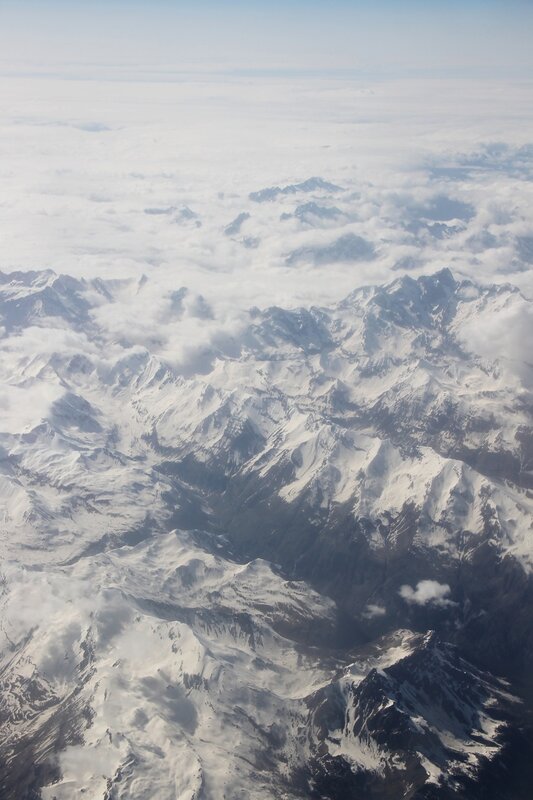 Valley of the Rhone river, which originates in the Swiss glaciers. 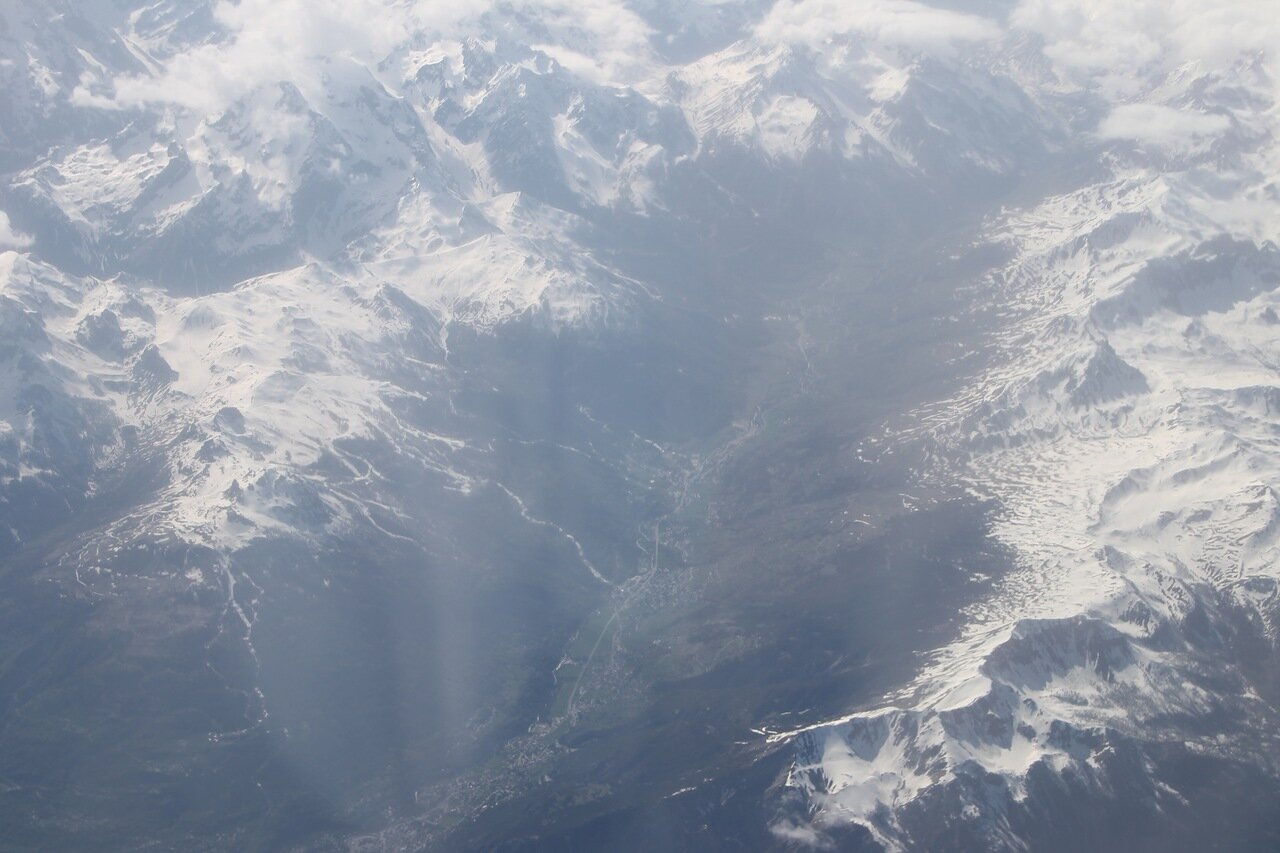 Over the Alps, passengers were offered food. Despite the shortness of the flight, there was a full set for lunch: salad, meat or fish dish, dessert, drinks without restrictions. Another half hour later, the plane began to descend. A short transfer, actually running through the endless gallery of Frankfurt airport for a flight to Yekaterinburg. Unfortunately, this very convenient flight is not available, Lufganza left Koltsovo airport due to insane fuel prices, a little before waiting for the 20th anniversary of flights to the Ural capital. 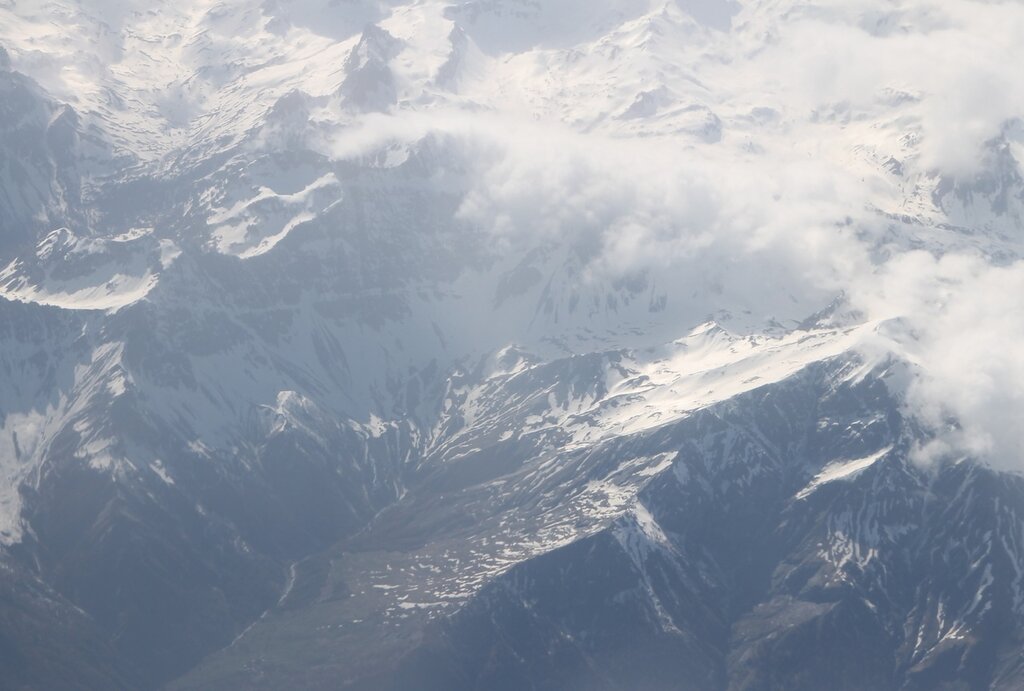 Most of the five-hour flight was spent in darkness, and only over Central Russia did the sky lighten, and somewhere over the Kama river the sun began to break through a pall of clouds. 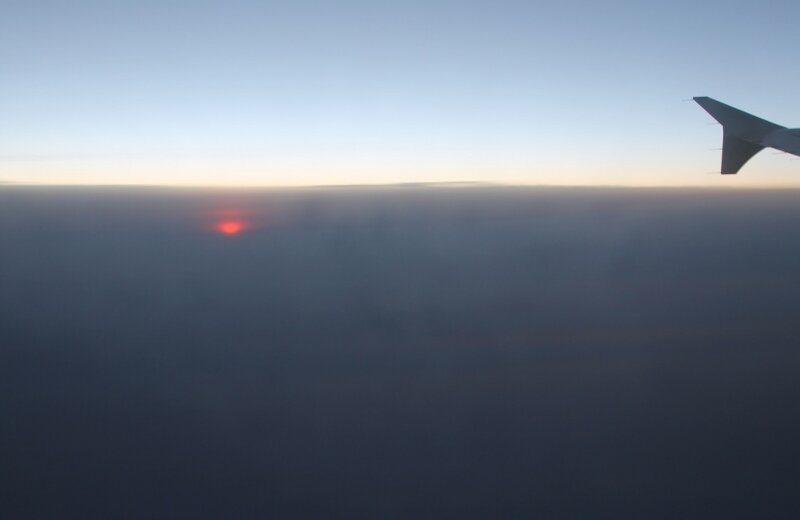 We are going to land in aeroprot Koltsovo, over Yekaterinburg dawn is still only at the very beginning. 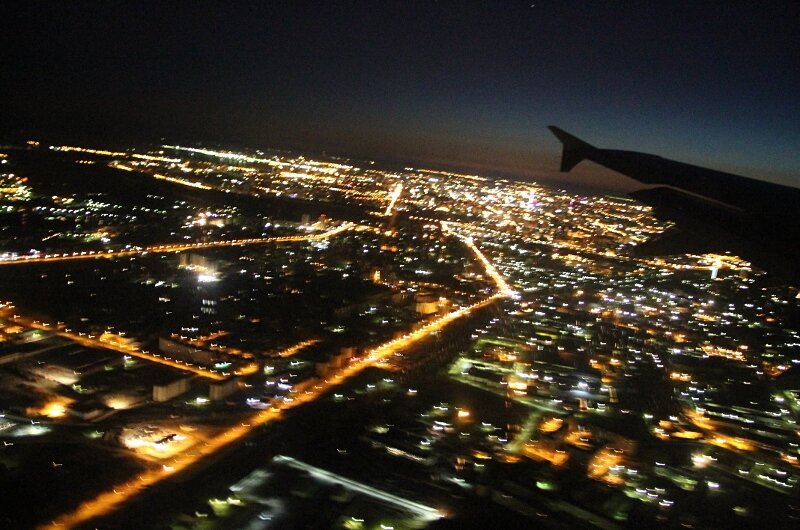 Although the image is blurred, the Ural skyscrapers are clearly visible. 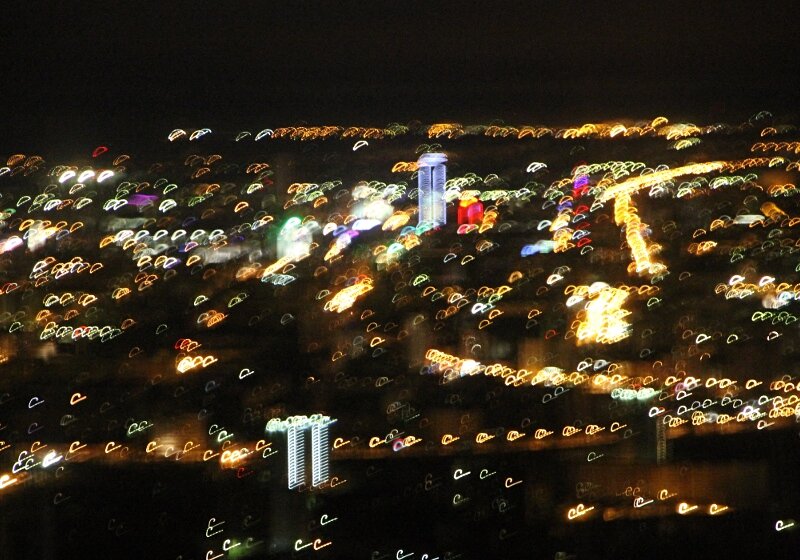