DC-8 transcontinental liner came on the line in 1968, becoming a response Douglas Aircraft Company to Boeing 707. The aircraft with four turbojet engines could accommodate up to 174 passengers and had a range of more than 8 thousand kilometers. 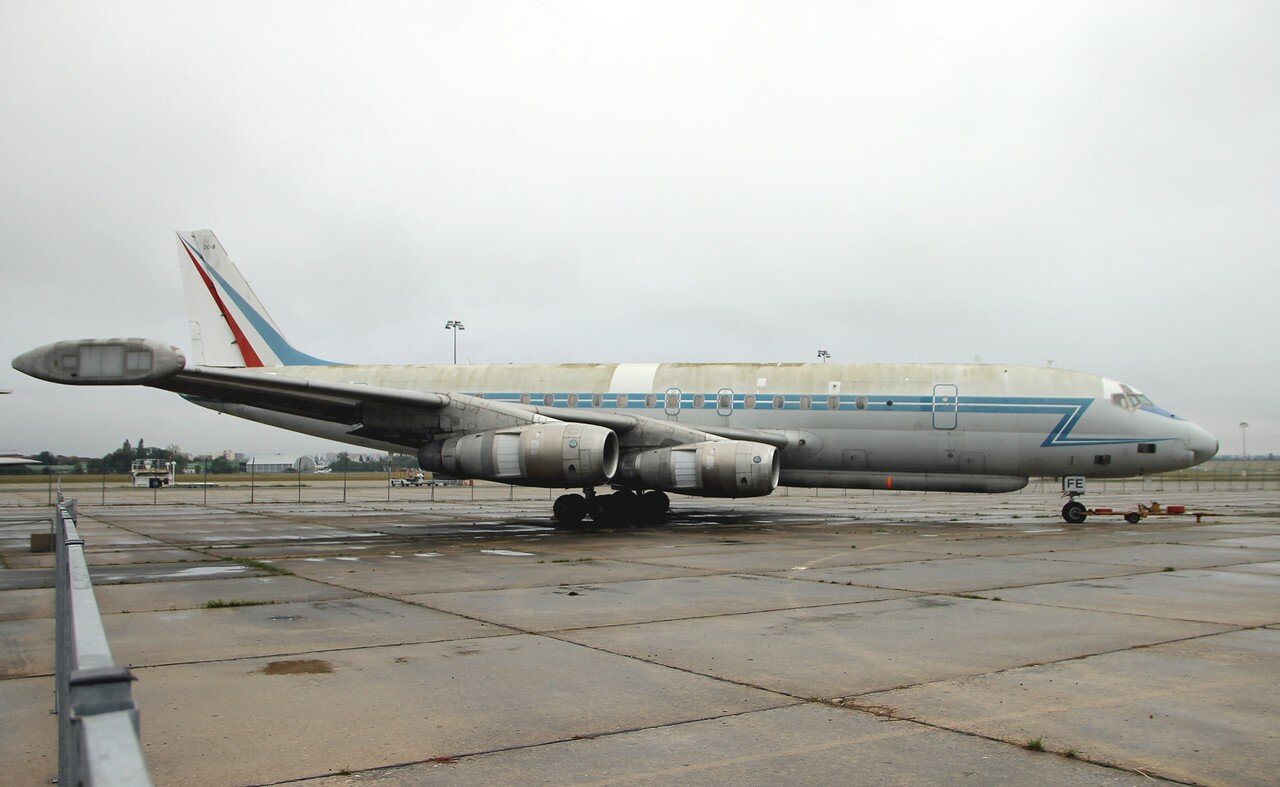 This aircraft was purchased by the French company Transports aériens Intercontinentaux (T.A.I) and opened the line on March 5, 1961 on the first flight. Los Angeles-Papeete (the capital of French Polynesia). At that time, it was the longest airline in the world, with a length of 6756 km, and a flight time of over 8 hours. Two years later, the liner began to fly from Paris to Africa, flying a total of 41 thousand hours. 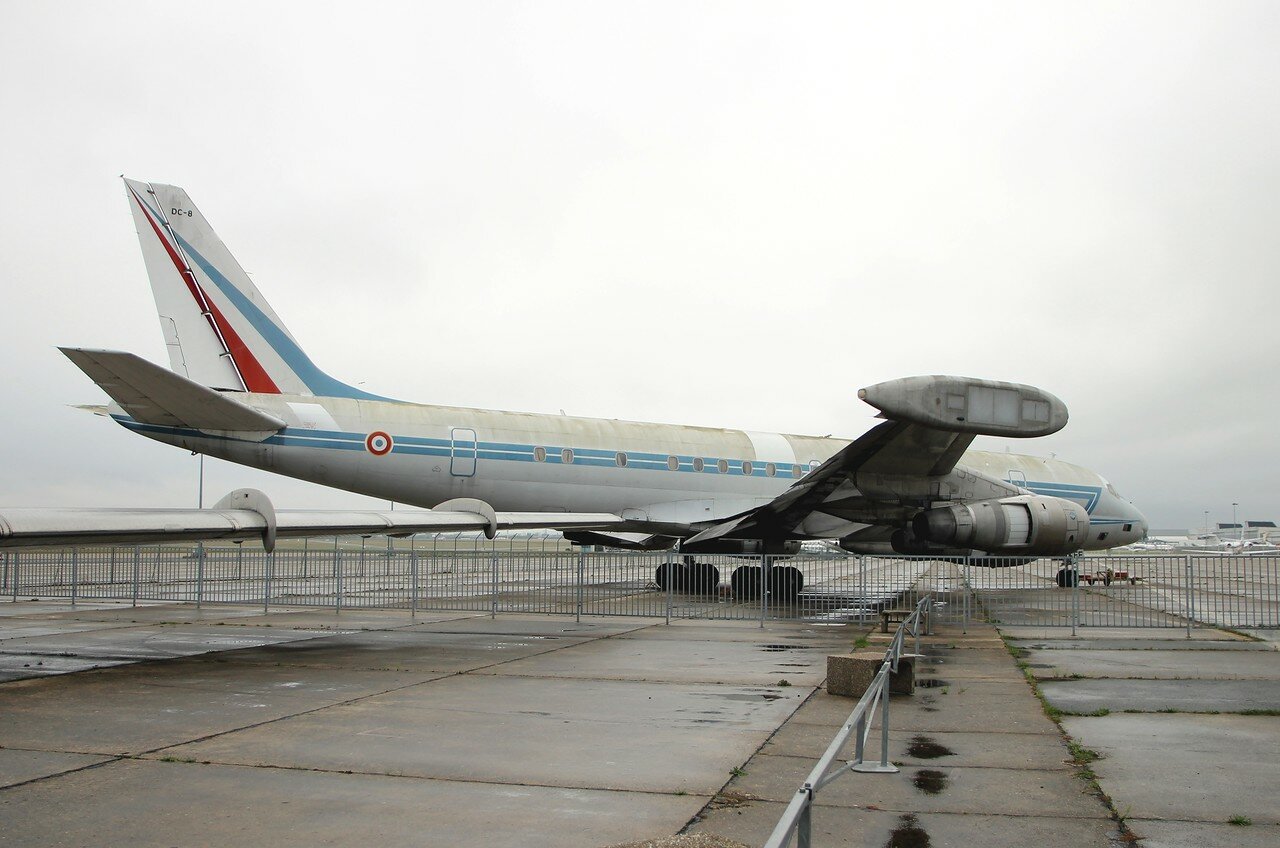 In 1973, the aircraft was purchased by the French air force and was equipped with radio reconnaissance equipment resulting at the ends of the wings and under the fuselagethere were gondolas for antennas and electronic equipment. The complex has a long name: Système Aéroporté de Recueil d'information de Guerre Electronique or SARIGuE (Air information collection system and electronic warfare) and entered service on July 15, 1976. The aircraft carried out tasks of the international coalition during the 1991 war in the Persian Gulf and from 1992 to 1997 in the Yugoslav conflict. 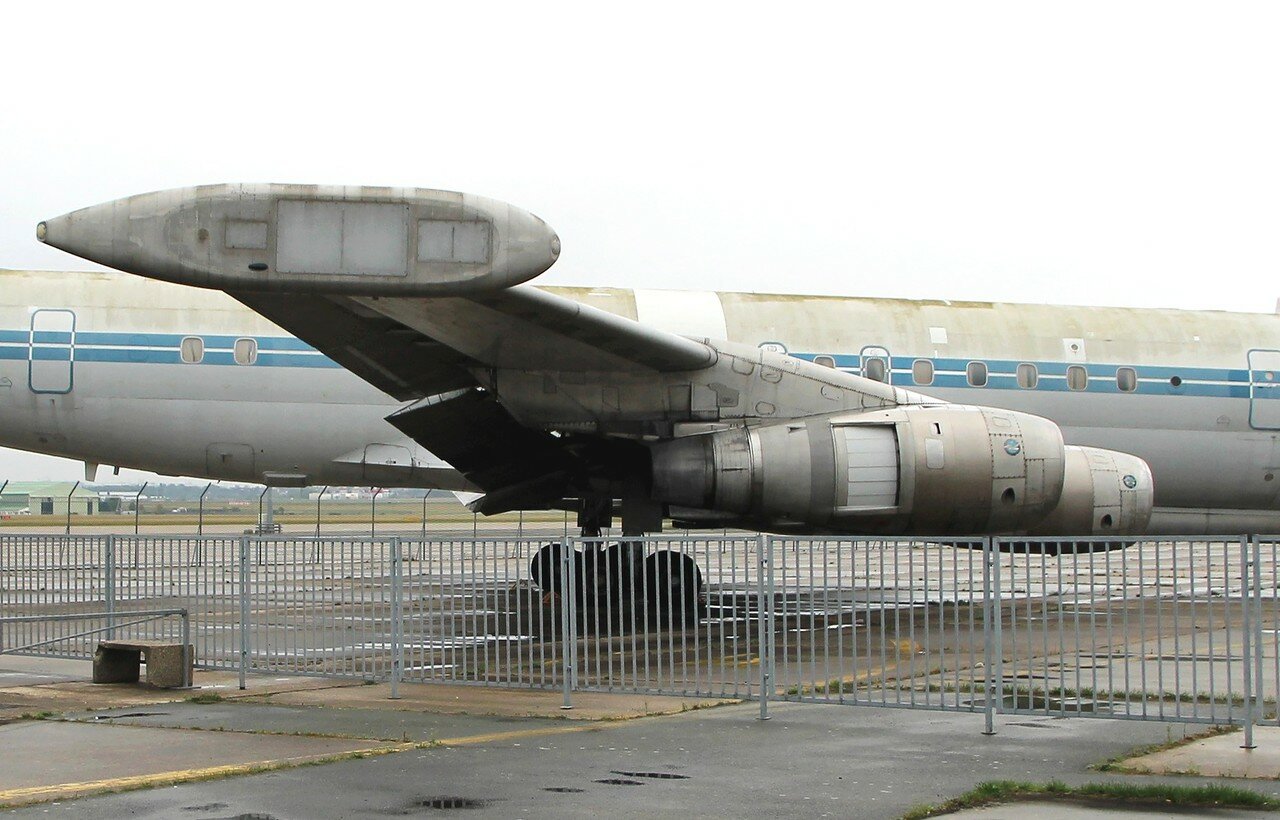 On 25 July 2001, the aircraft made its last landing in Le Bourget, having spent 60,442 hours in the air for 40 years of operation. In this picture In 2012, the aircraft stands in the commercial area of the airport in a pretty shabby "combat" form, it is now restored and located in the Museum parking.