Over the Lower Volga and Kuban. Yekaterinburg-Istanbul

Checking in for a morning Turkish Airlines flight to at Koltsovo airport, I asked for a window seat, as usual, nearer to the train station. the tail - there the wing does not block the ground. From the bow, view, of course, it's not worse, but there is a business class salon there. After dialing as our plane rose above the dense clouds, I went deeper into the sky. reading a travel guide while planning an evening in Lisbon. In about an hour I'll be there I looked out the window and realized that I was missing something interesting. Under the wing there was the Volga, or rather, the Desolate island just below Balakovo. On right from on the island, the dam of the Saratov hydroelectric power station with the same name is clearly visible. 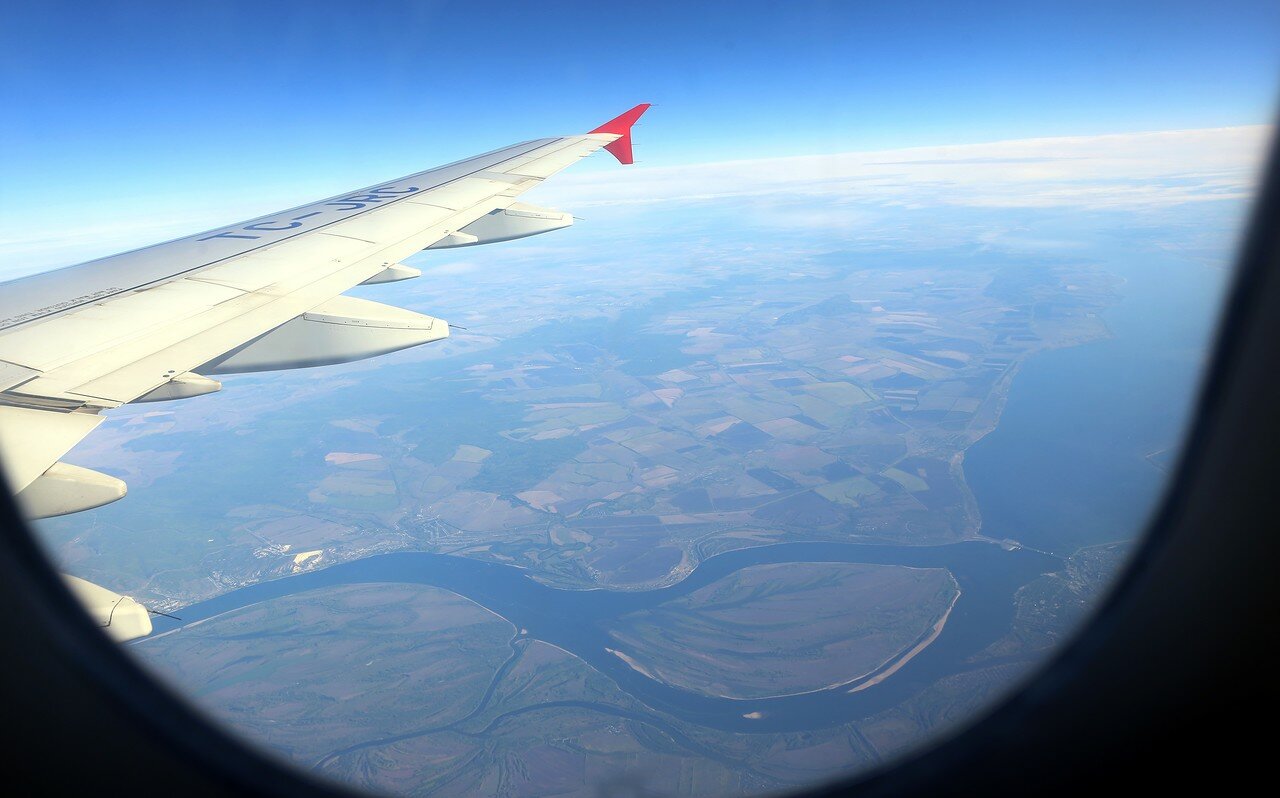 Downstream, on the right Bank, you can see the city Volsk is the oldest center of the cement industry. The city is surrounded quarries where limestone is extracted - the raw material for cement plants. 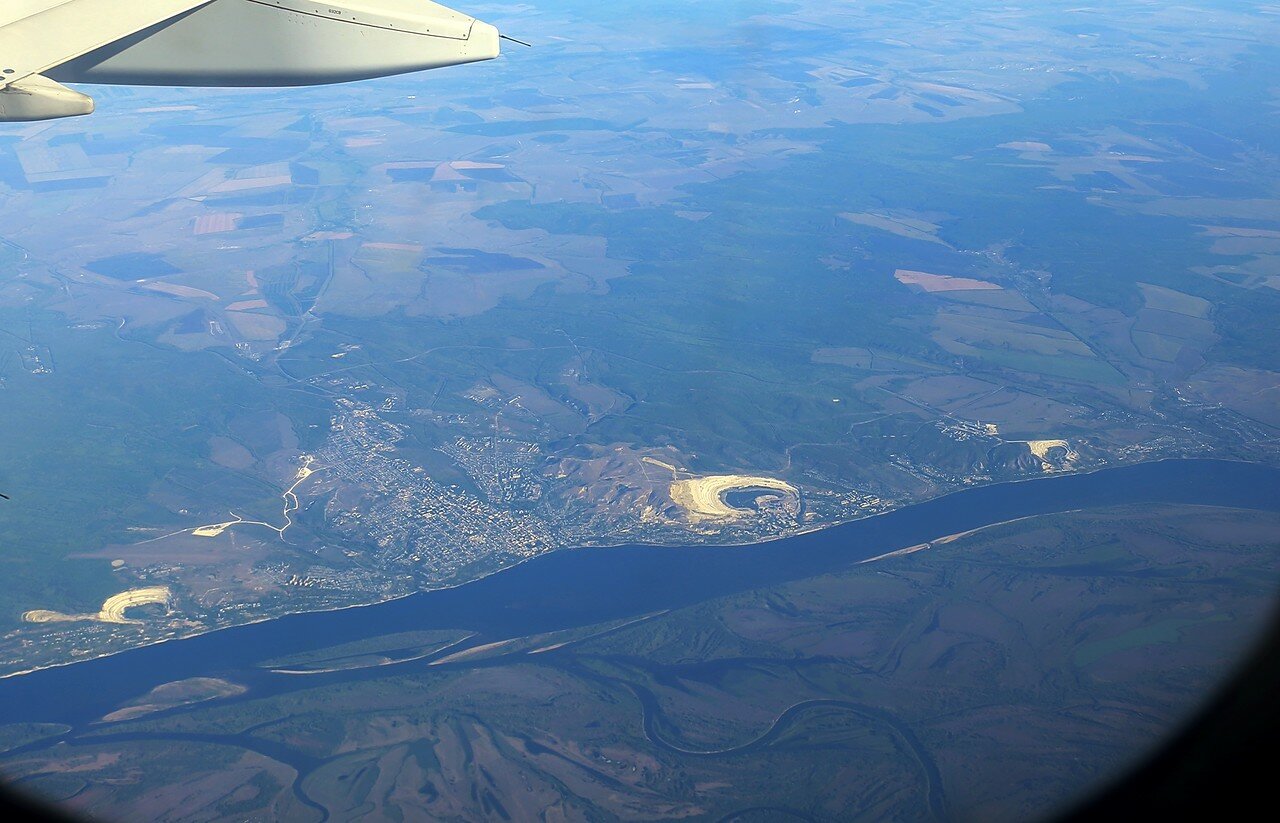 A winding tributary of the Volga, according to the map, is the Tereshka river. 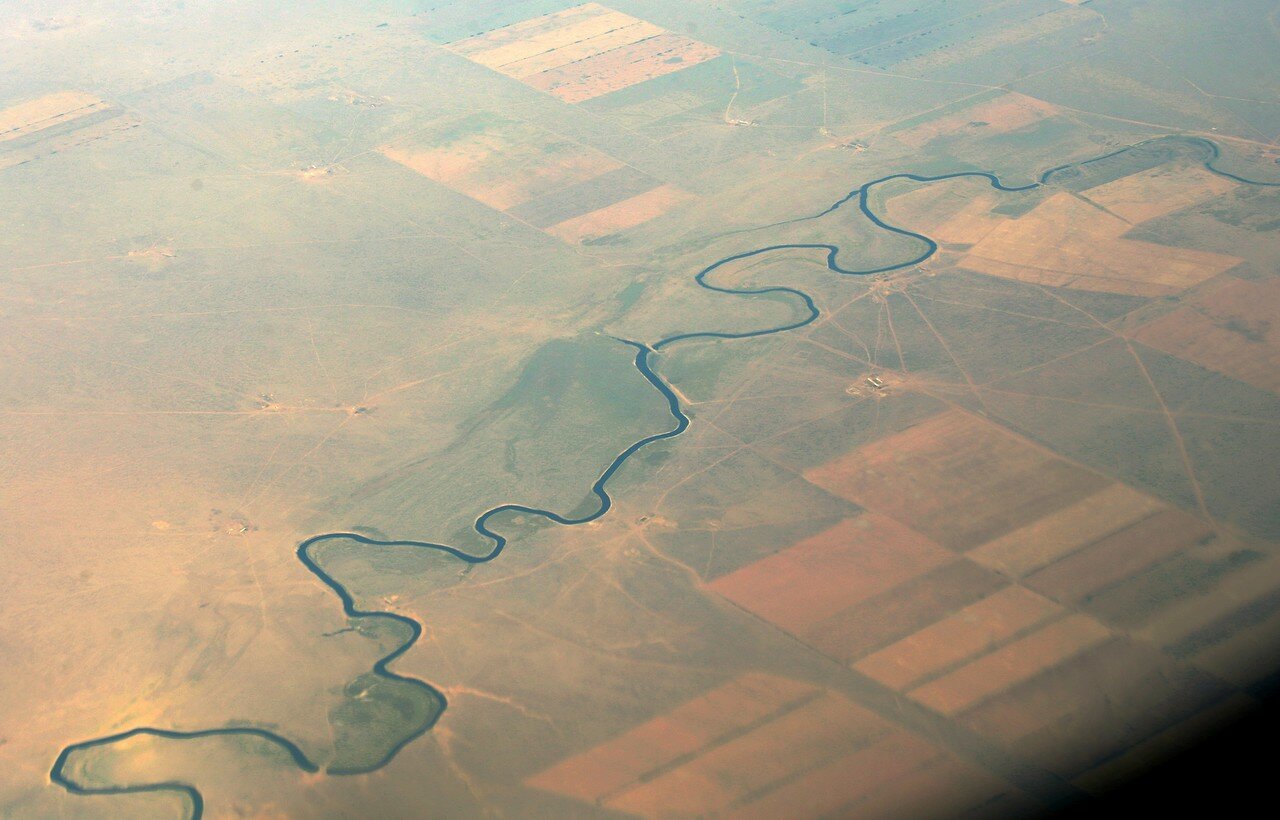 There are neat rectangles of fields at the bottom. 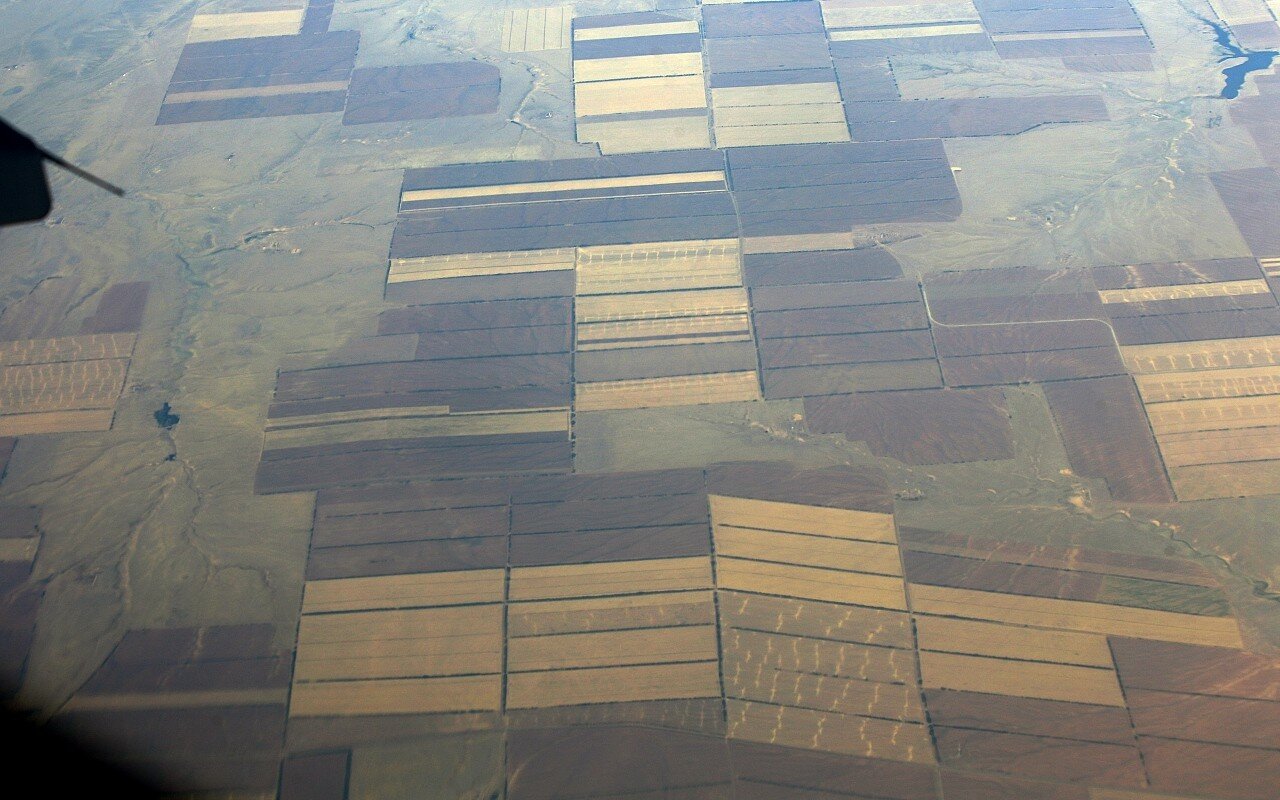 The Volga is higher than Saratov. 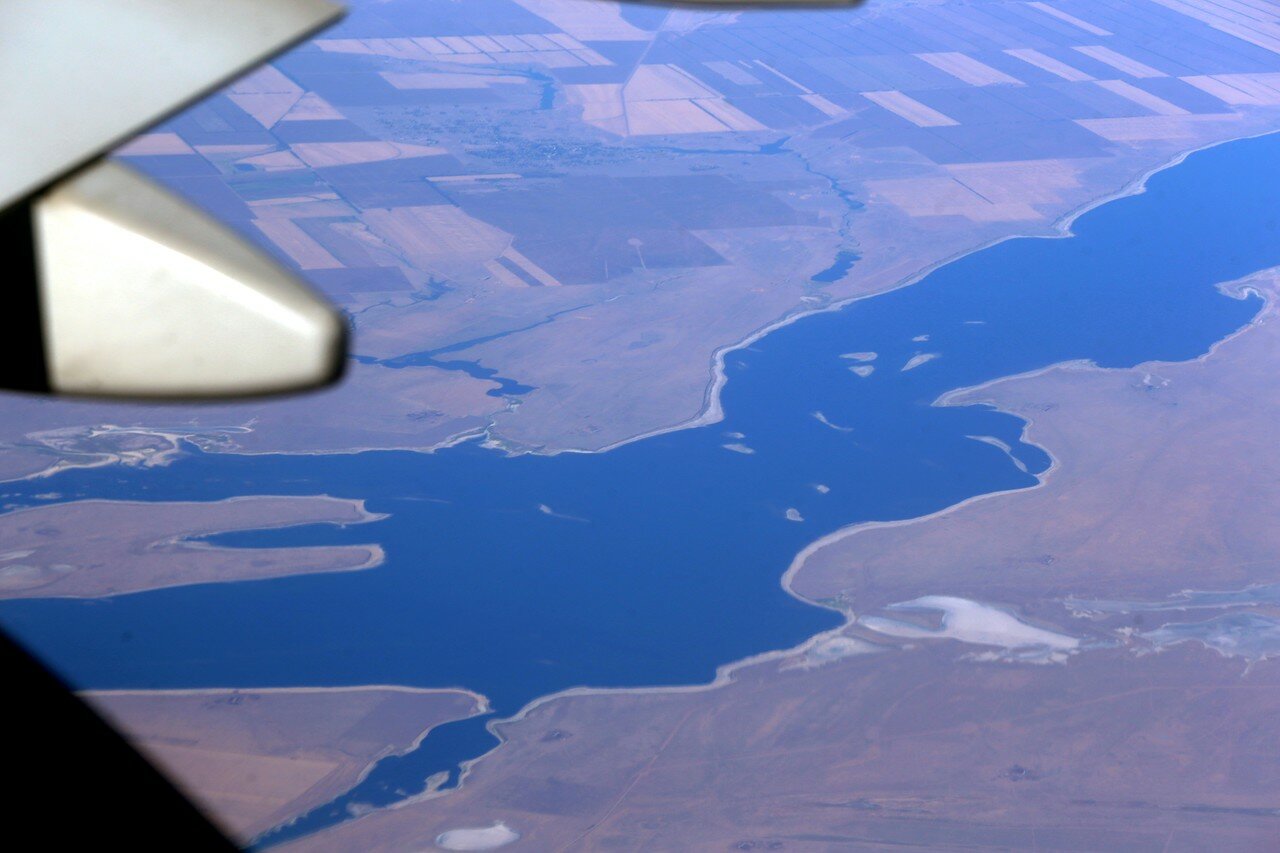 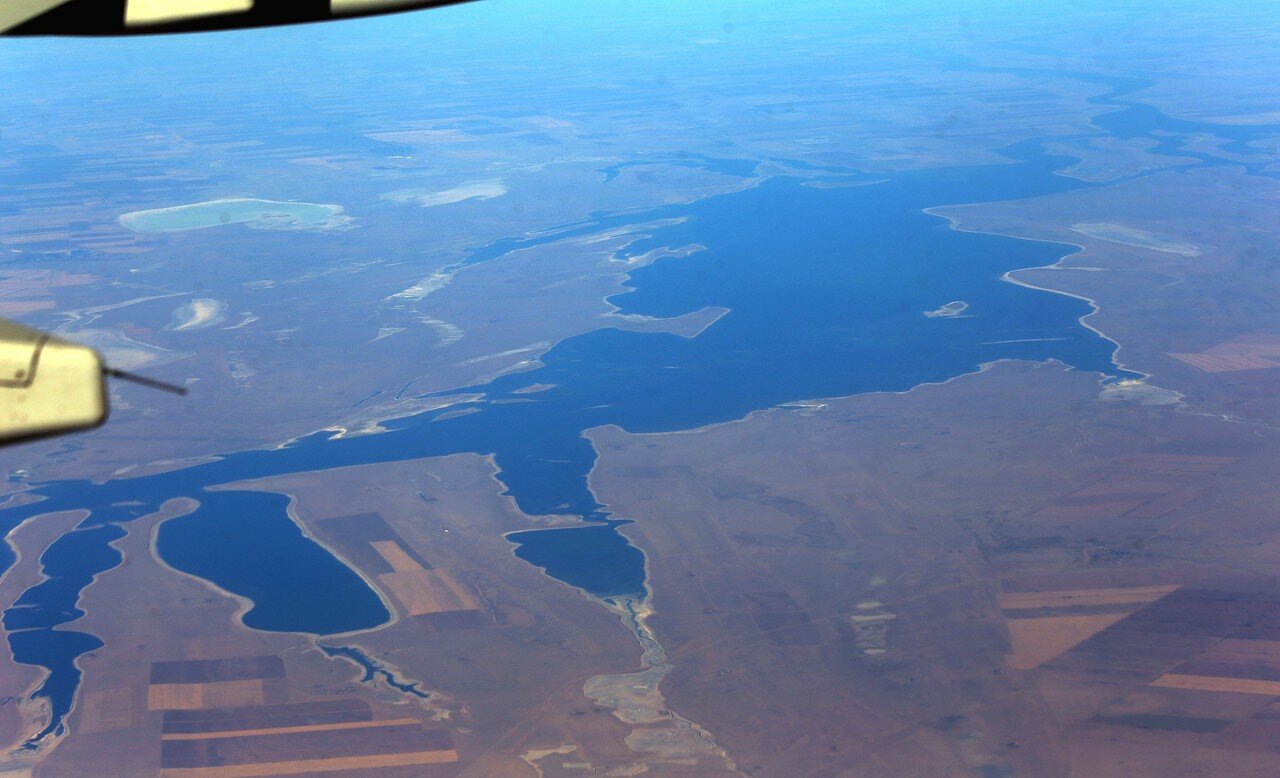 And this, as I think, is the Manych river basin, teeming with dams and arms. 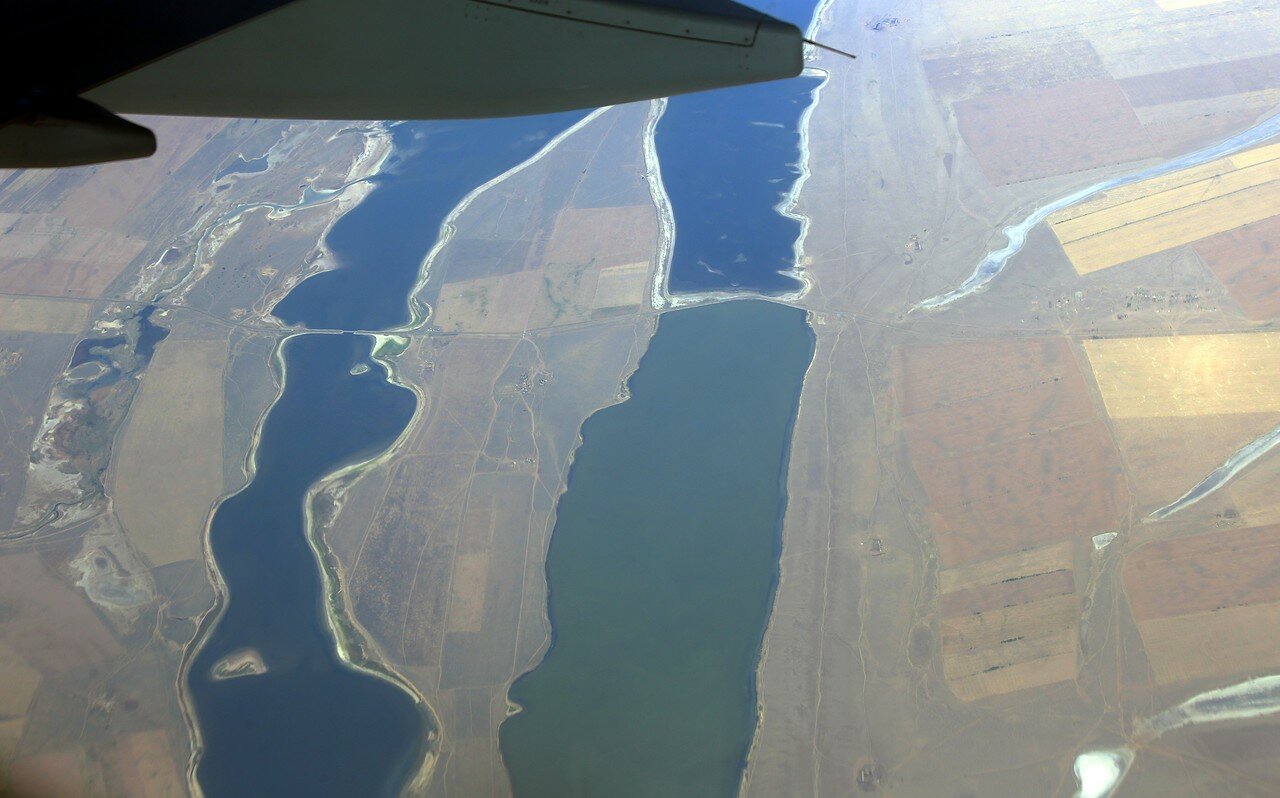 In flight, I use the OpenStreetMaps map in on your tablet, the GPS from the starboard (North) side doesn't work, so for the first time I can't guarantee the accuracy, but it looks like the Proletarian reservoir on Manych. 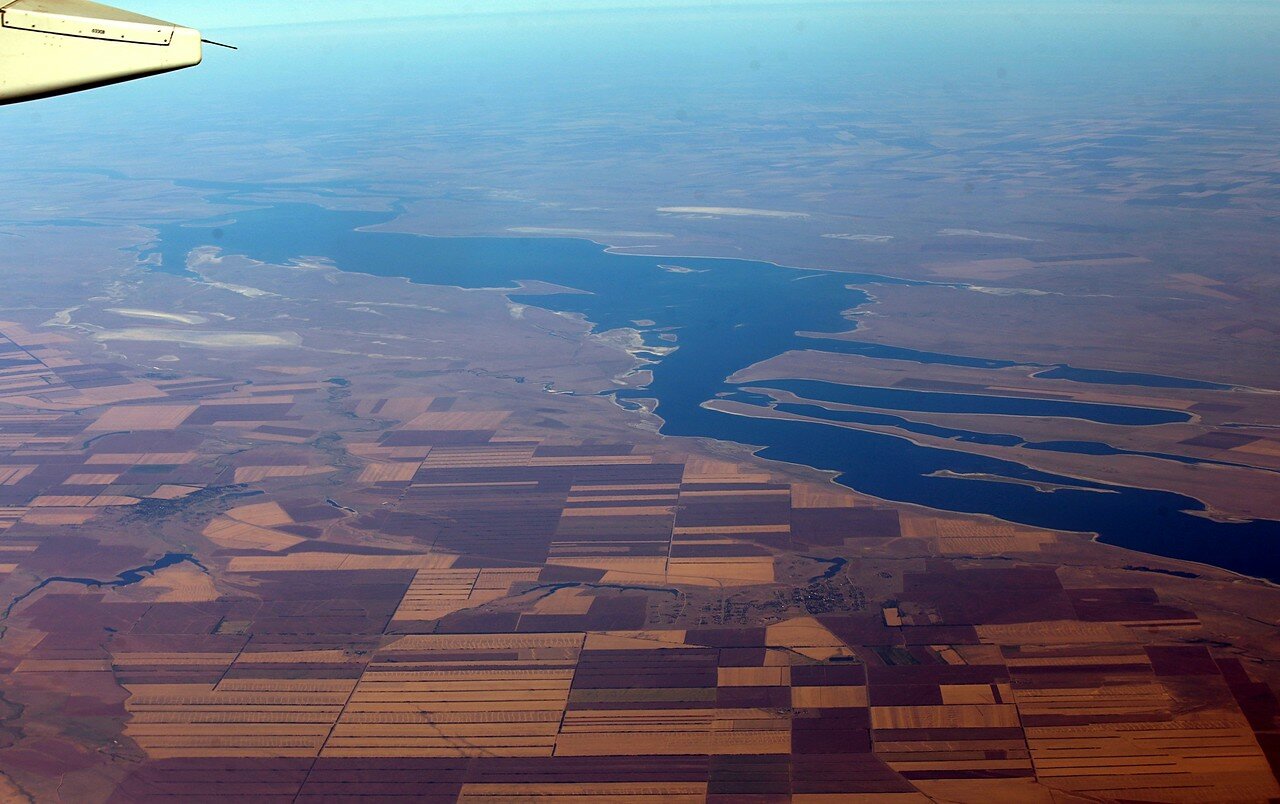 Stavropol region. Circular fields - irrigation method, invented in the 40s of the last century by an American farmer Erich Sibaja. The pipe with sprinklers is mounted on wheels and moves like the hour hand around a well. 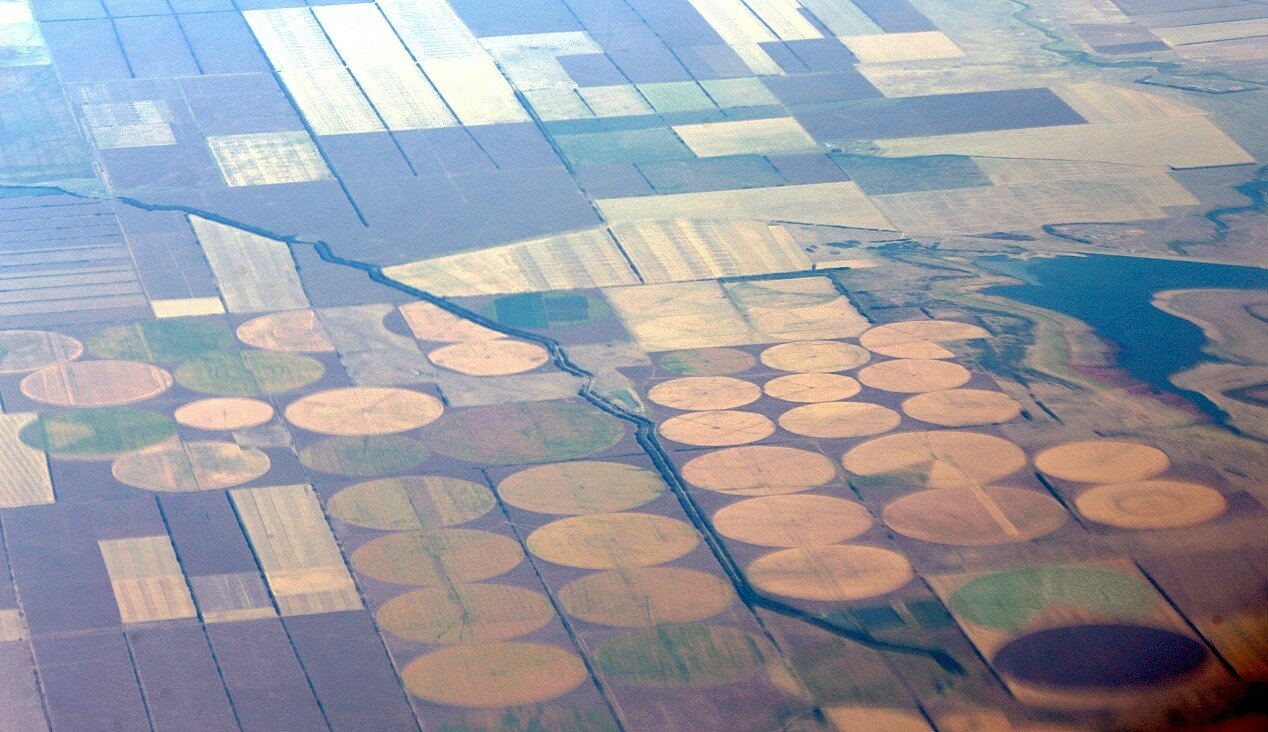 Some large village, it is clear that the building is low-rise. 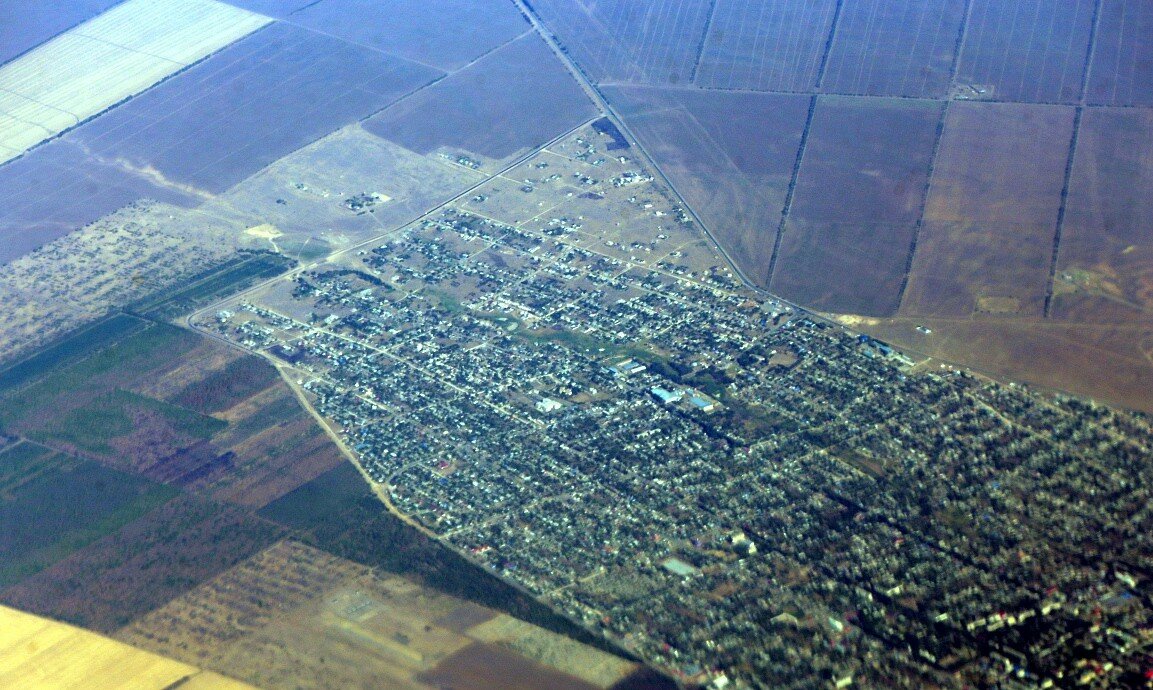 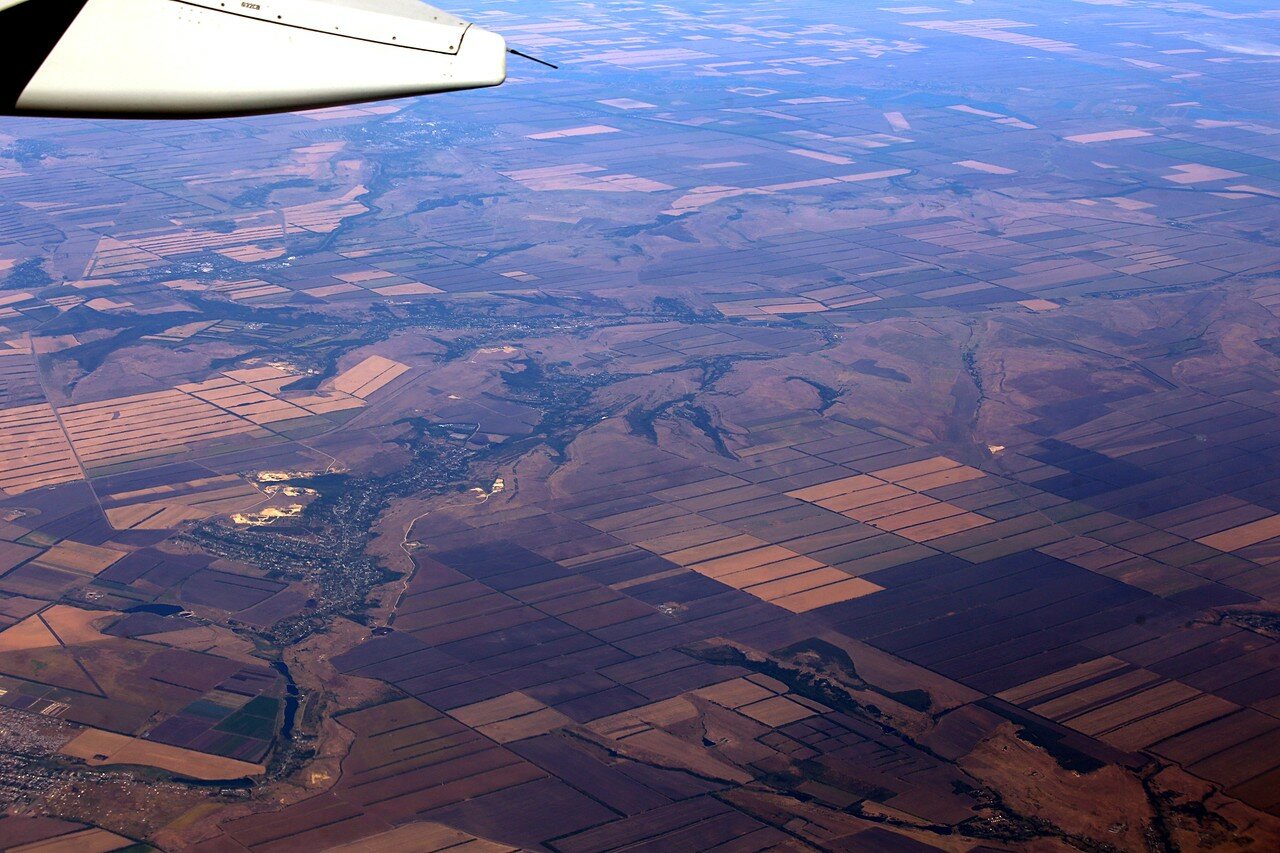 I couldn't tell what kind of city it was...although high-rise buildings are clearly visible. Somewhere here should be Krasnodar, but confuses the water surface at the top.

Krasnodar territory, thanks to its climate and soils - a fertile place for farming. Here the fields are filled with all the available fields space. 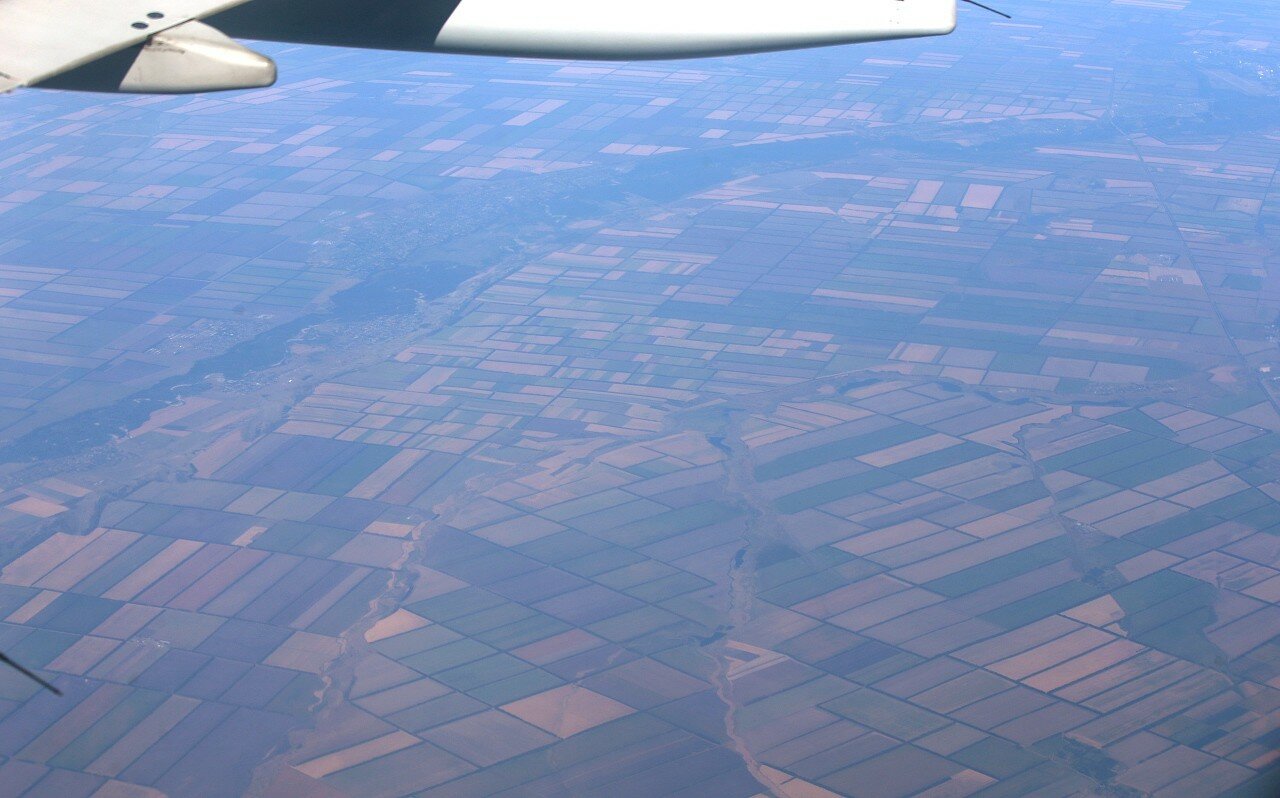 A river with wide sandbanks. 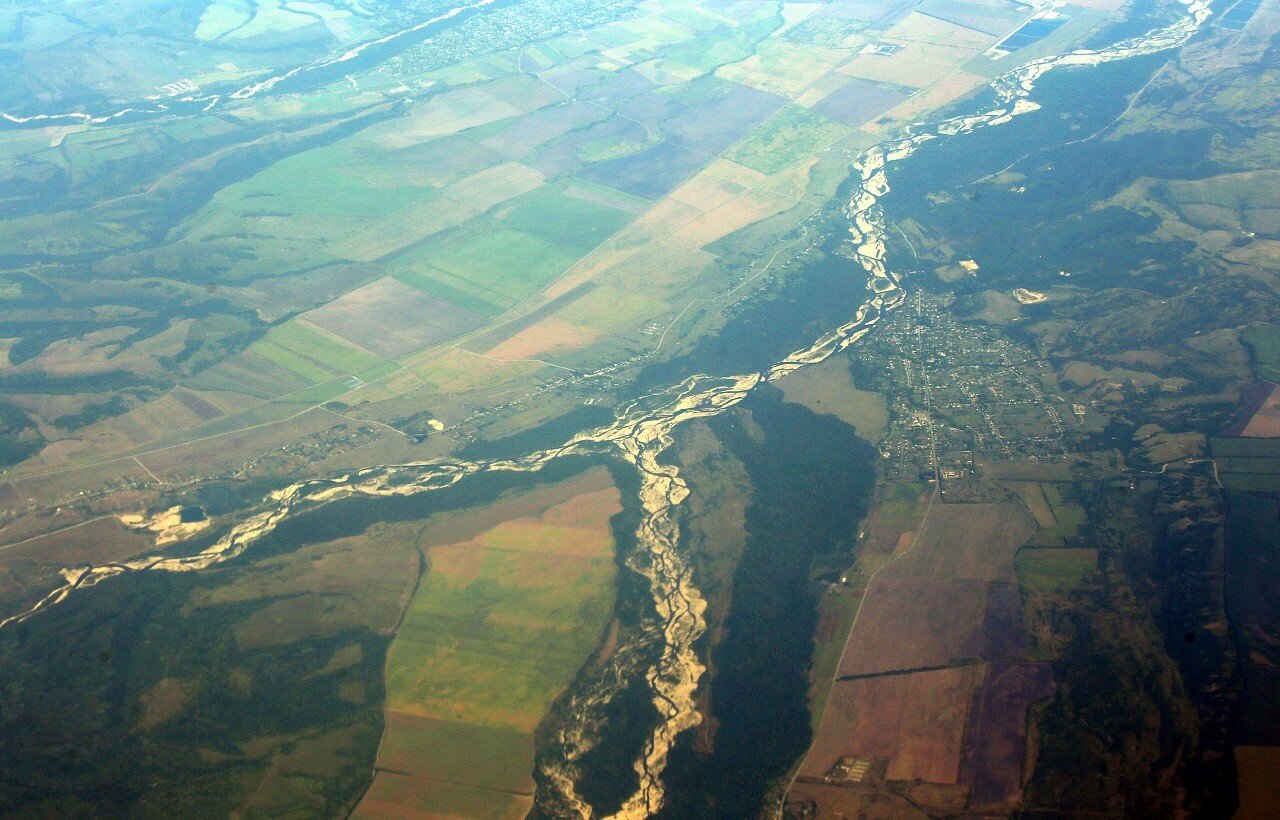 Below is the Main Caucasian ridge.

This part of the ridge, stretching from Anapa to Sochi, is called the "black sea Caucasus". 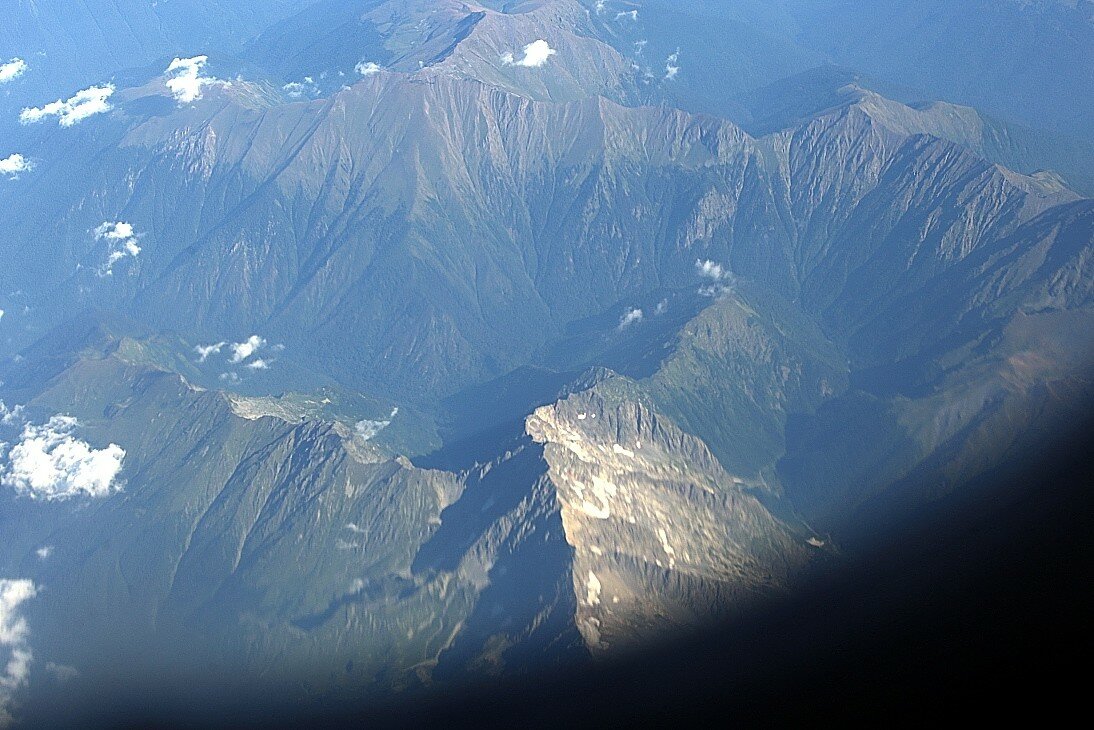 The range begins with low hills South of Anapa, 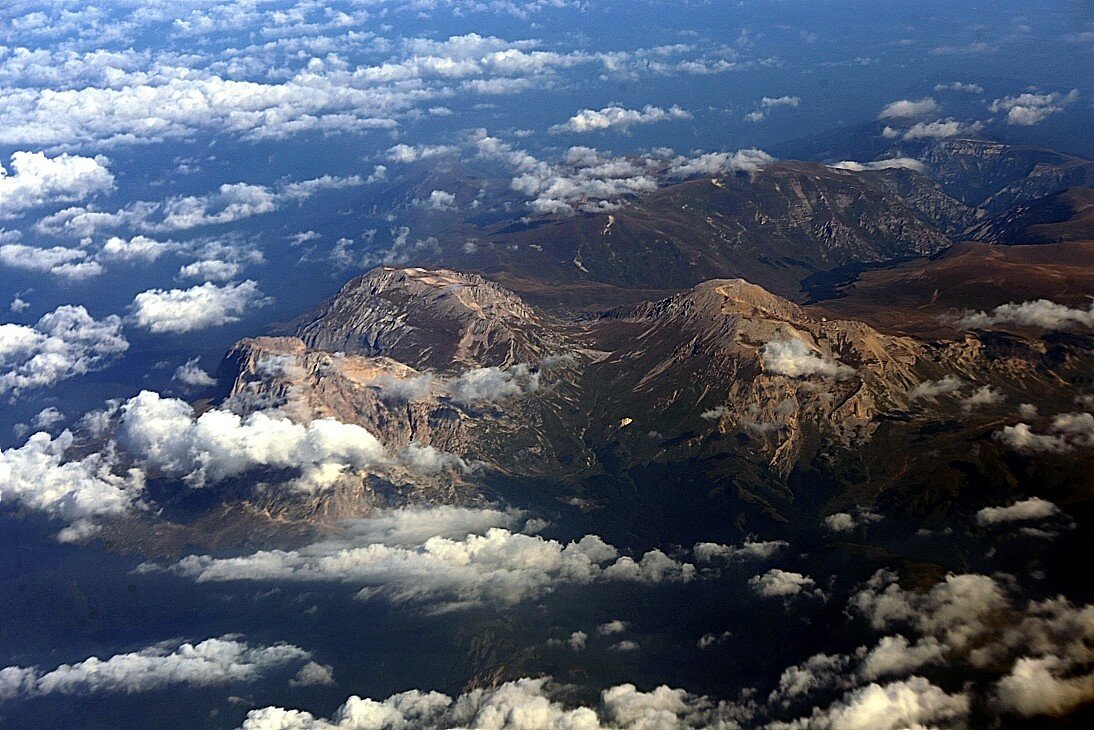 and it goes along the coast of the Black sea to the Southeast, gradually rising. 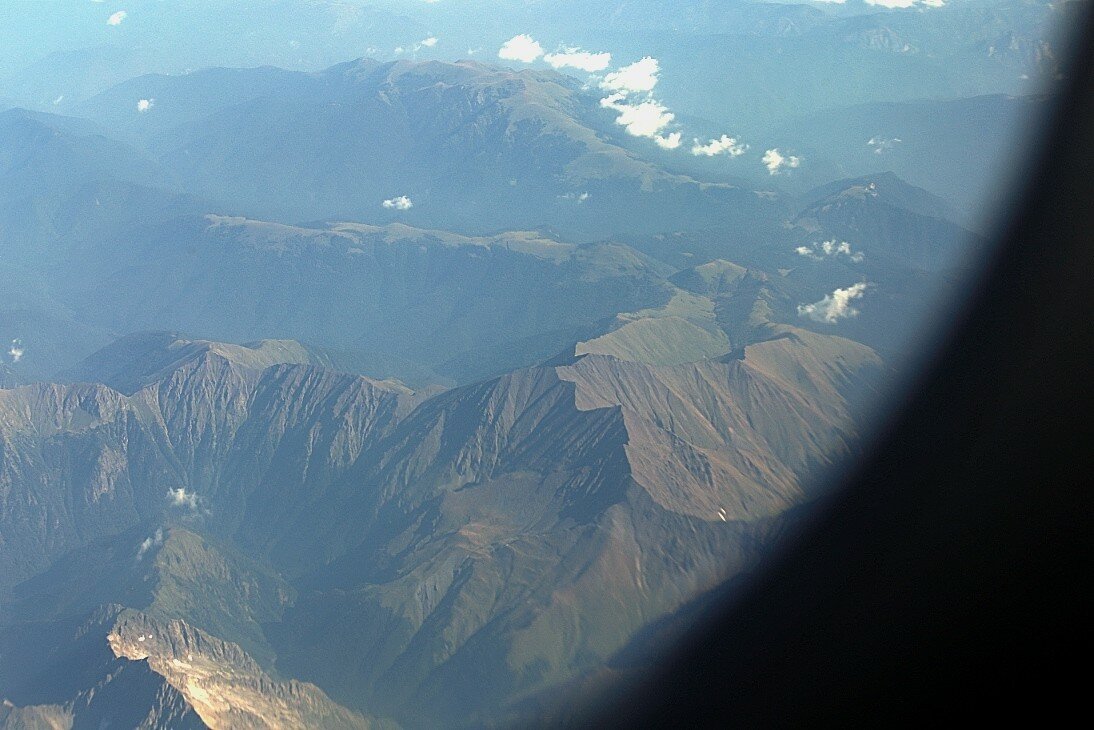 In the Tuapse region, the mountains are already 1000 meters high. 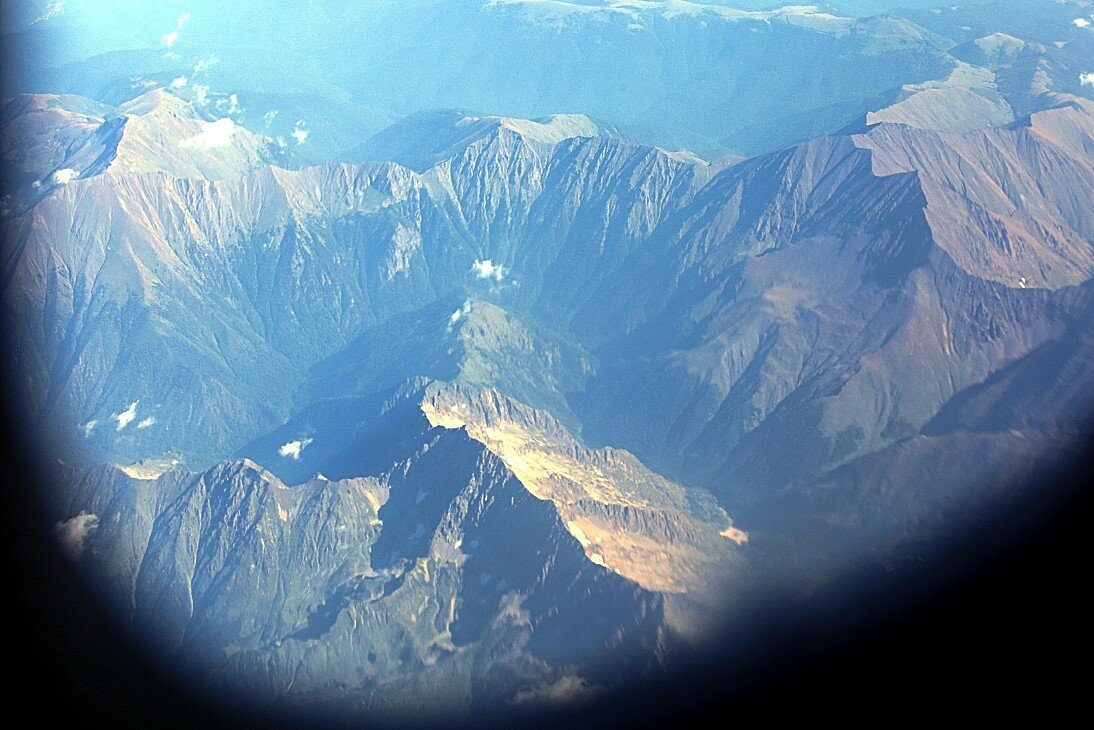 A little North of Tuapse the plane crosses the coastline. Then the air route passes over the waters of the Black sea and it comes ashore already in Turkey. 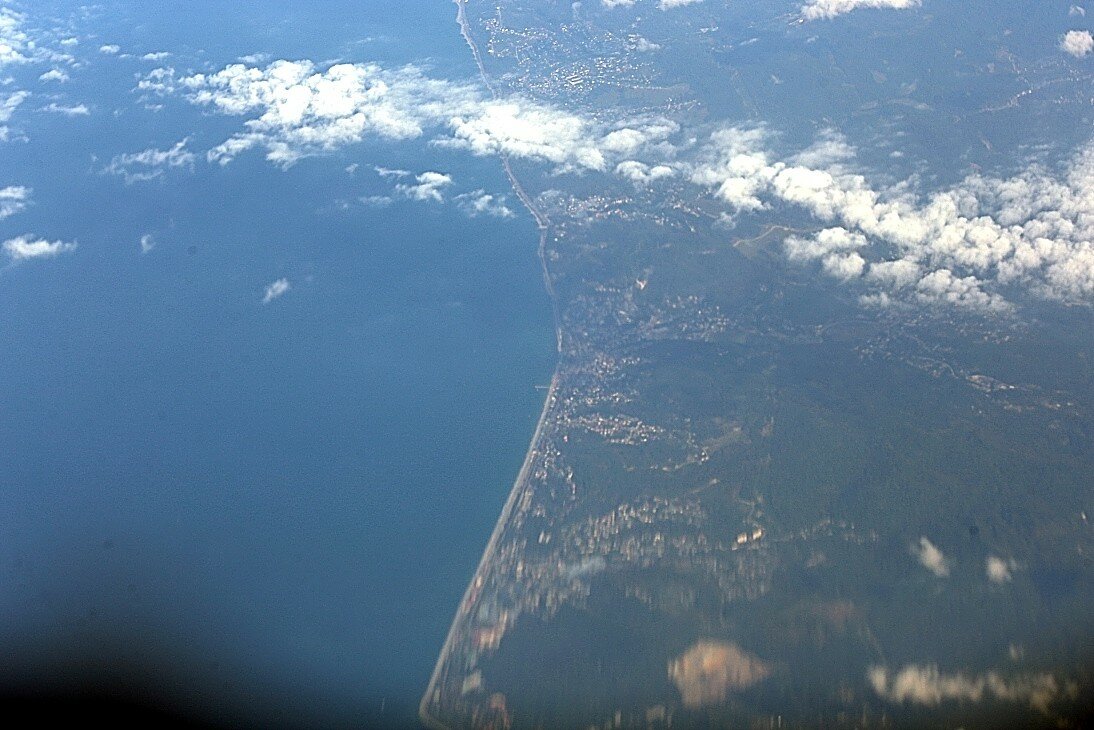