Helsinki-Yekaterinburg. Red dawn above the clouds

After leaving Helsinki just after midnight, our plane turned East over the Gulf of Finland. I was in the mood to sleep, but about 20 minutes later I looked out of the porthole and found the Central part of St. Petersburg below. When I flew to Helsinki, we passed much South of the Northern capital, which was also wrapped in morning fog, so on the way back I did not expect to see anything interesting, and I did not prepare in advance. Now I could see almost the whole of Vasilevsky island perfectly, and I hurriedly reached into my camera bag. While I was frantically unbuttoning it, taking out the camera and telephoto lens, putting it in working position, the Vasilevsky arrow with the brightly lit Exchange building was in the lower left corner of the available space for shooting. To the right, the Palace bridge goes down from it, beyond which the brightly lit facade of the Winter Palace stands out. On the opposite side of the Neva river is the Peter and Paul fortress with a white spot in the center - the Cathedral of the same name, whose tower has become the symbol of the city. Behind the canal protecting the fortress from the rear, you can see the horseshoe of Kronverk - now the Museum of artillery is located there. To the right of the Peter and Paul fortress, the Trinity bridge, better known to me as the Kirov, Petrovsky embankment going up to the Bolshaya Nevka river. The cruiser Aurora has always stood here, but now it is in the dock of Kronstadt, on the next repair, where, probably, the remnants of the authenticity of this legendary ship will finally be lost. Further on, we can see the Liteyny bridge, the bend of the Neva river and the brightly lit arches of the Bolsheokhtinsky bridge (locals have always called it simply Okhtinsky). Below is the Alexander Nevsky bridge, which connects to the Palace square with the bright line of Nevsky Prospekt. 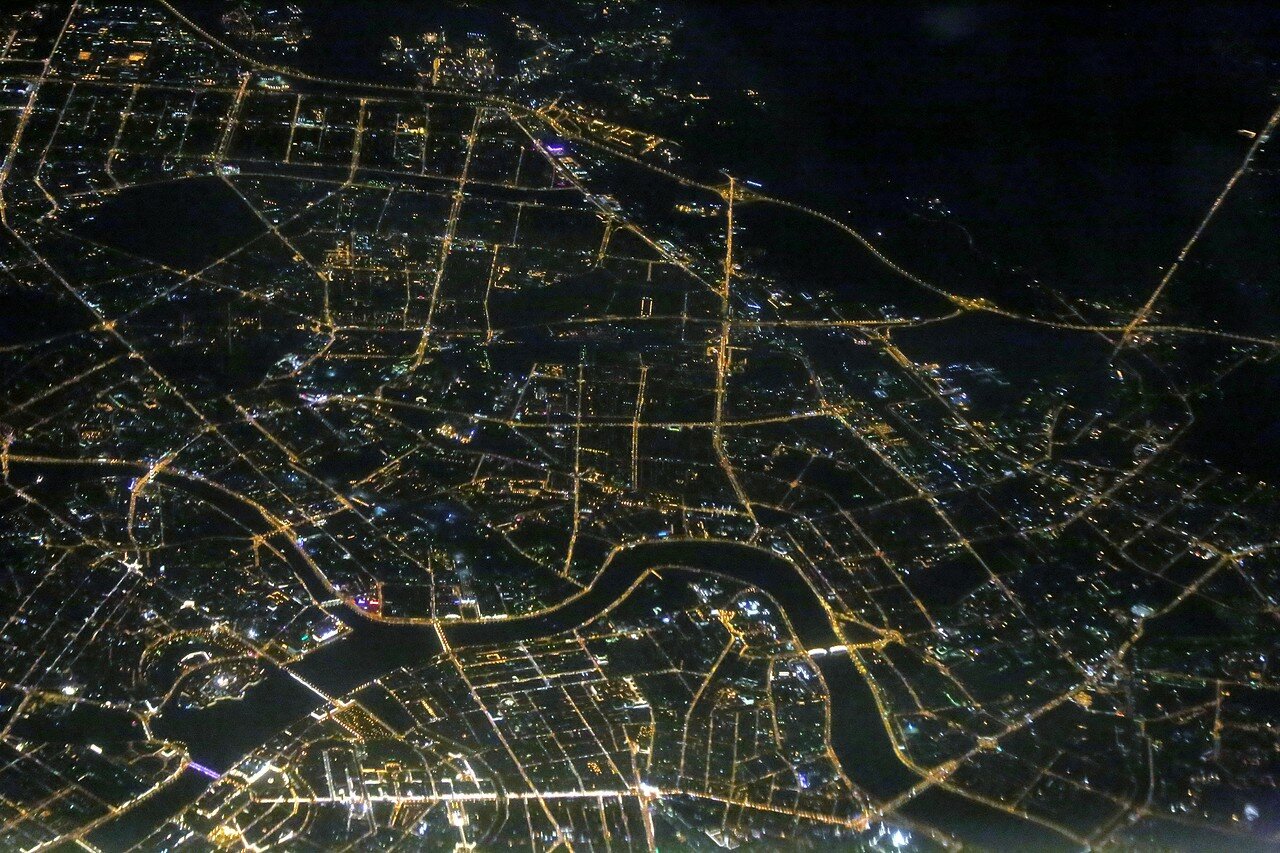 The horizon to the North has not become dark during the entire flight - the time of white nights is approaching. 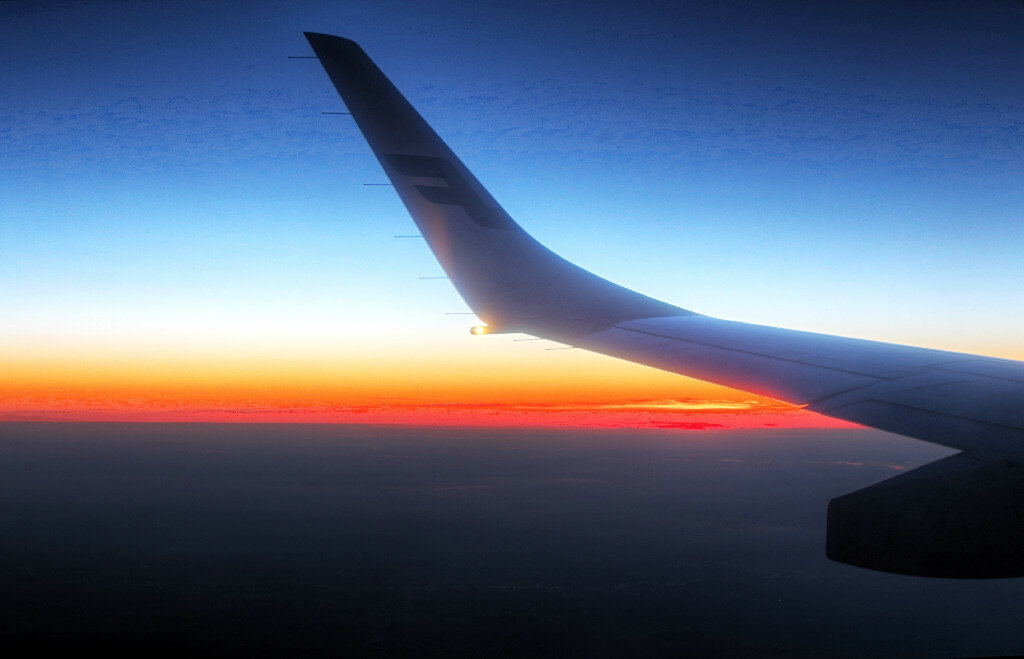 And closer to 4 o'clock in the morning, the first signs of the rising sun appeared. 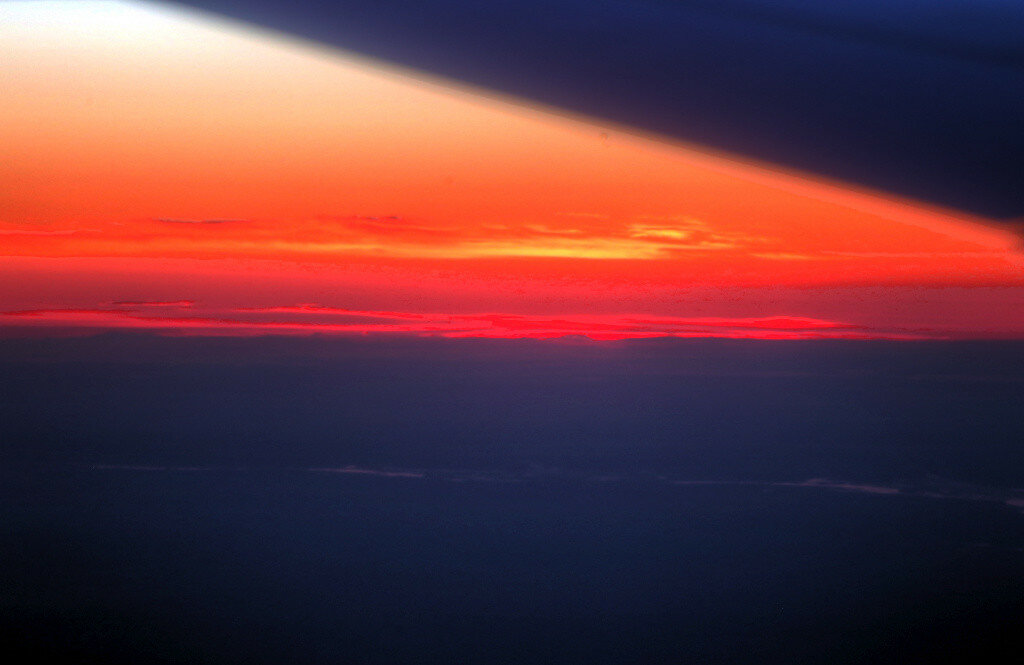 This is already the Urals-we are flying over Perm. Under the wing of the Kama reservoir. On the right - the mouth of the Chusovaya river. 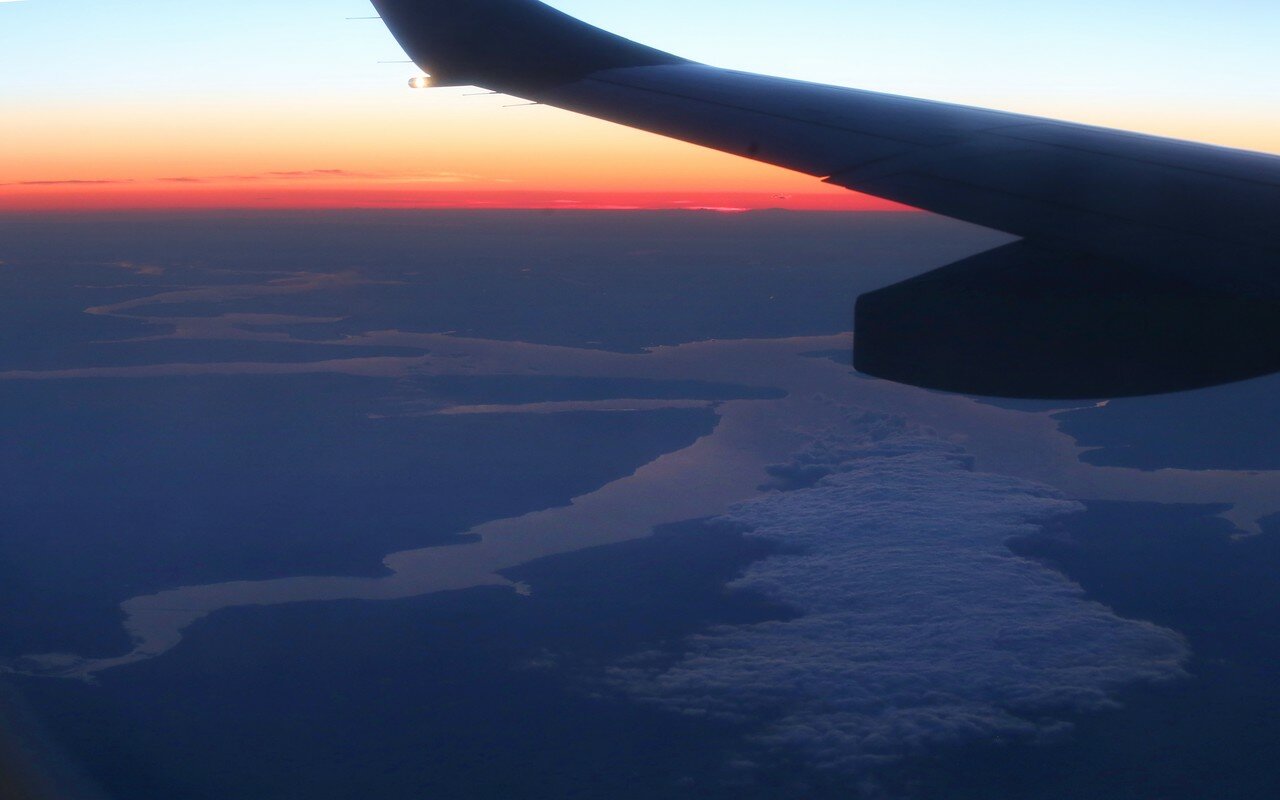 Now, let's watch the sun's disk begin to rise over the horizon. 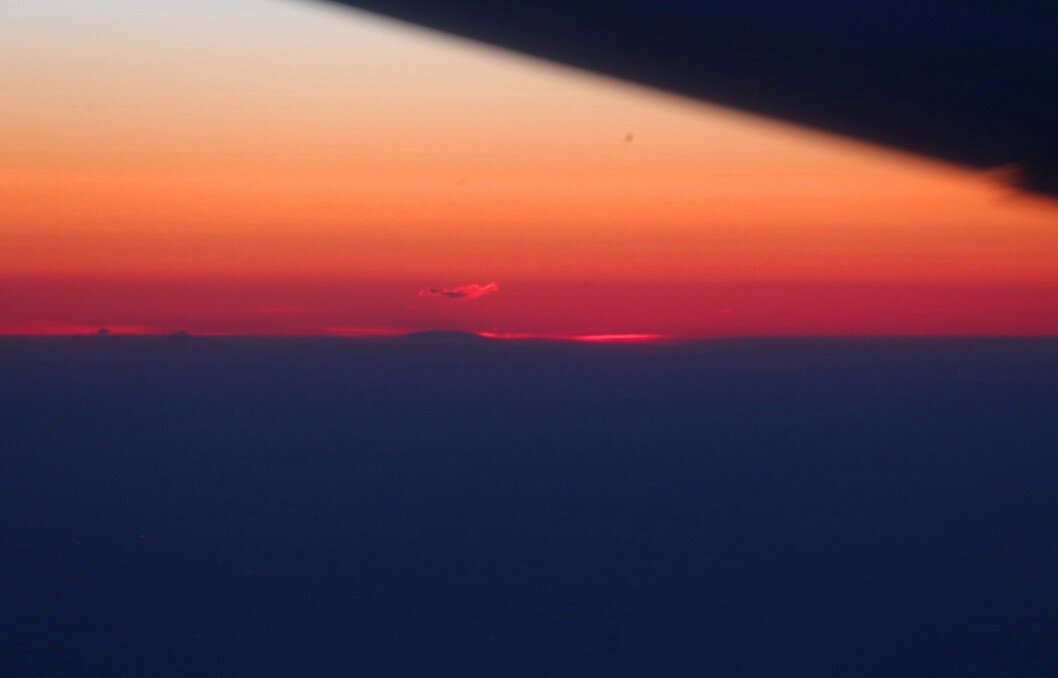 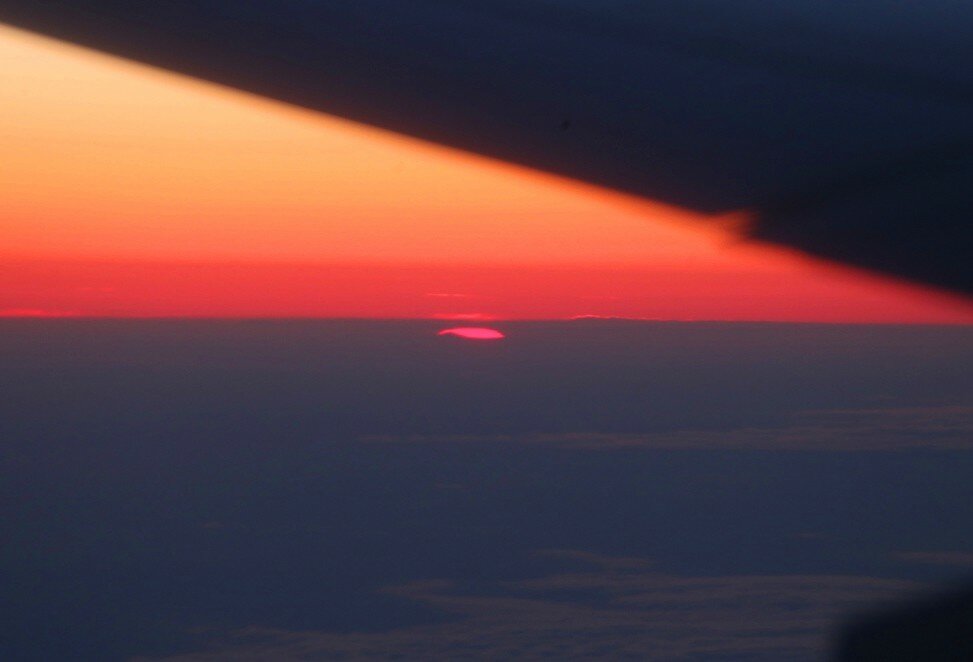 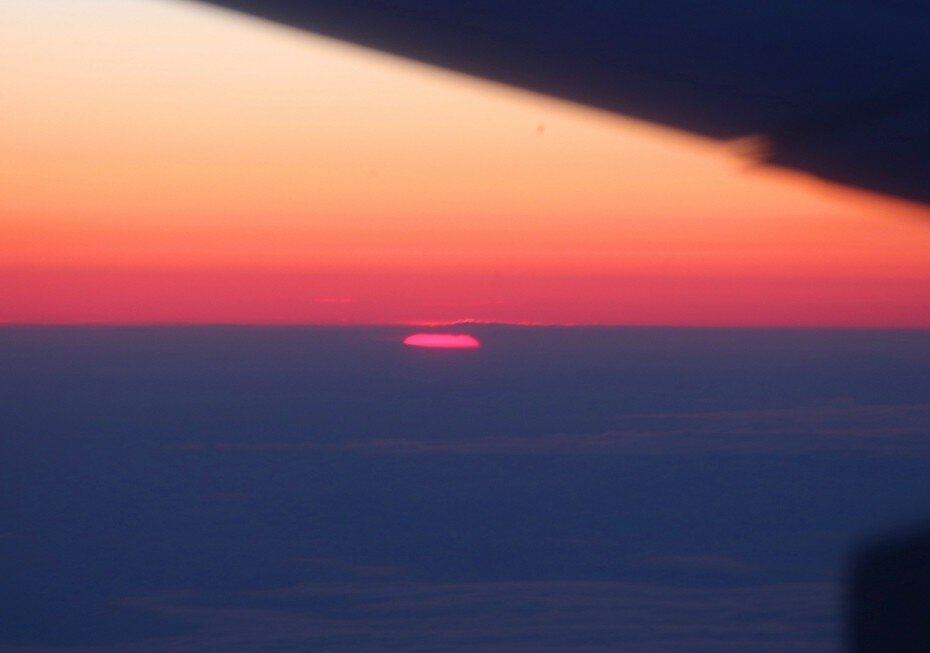 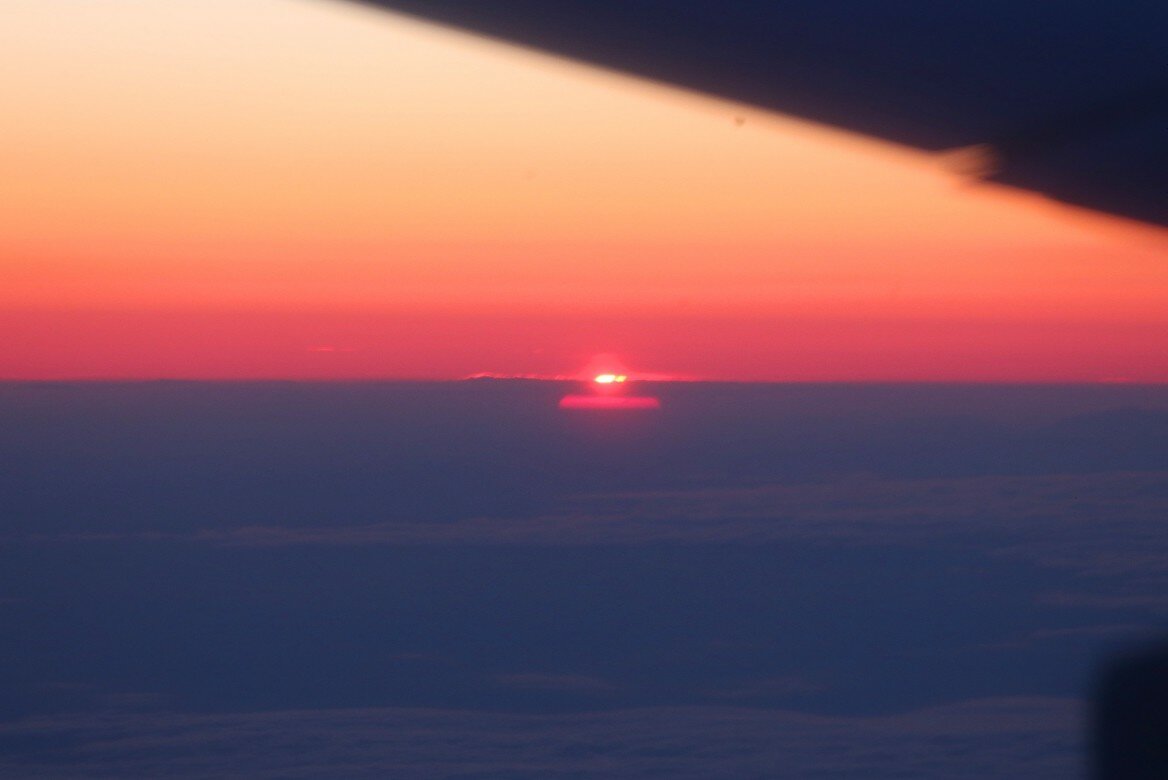 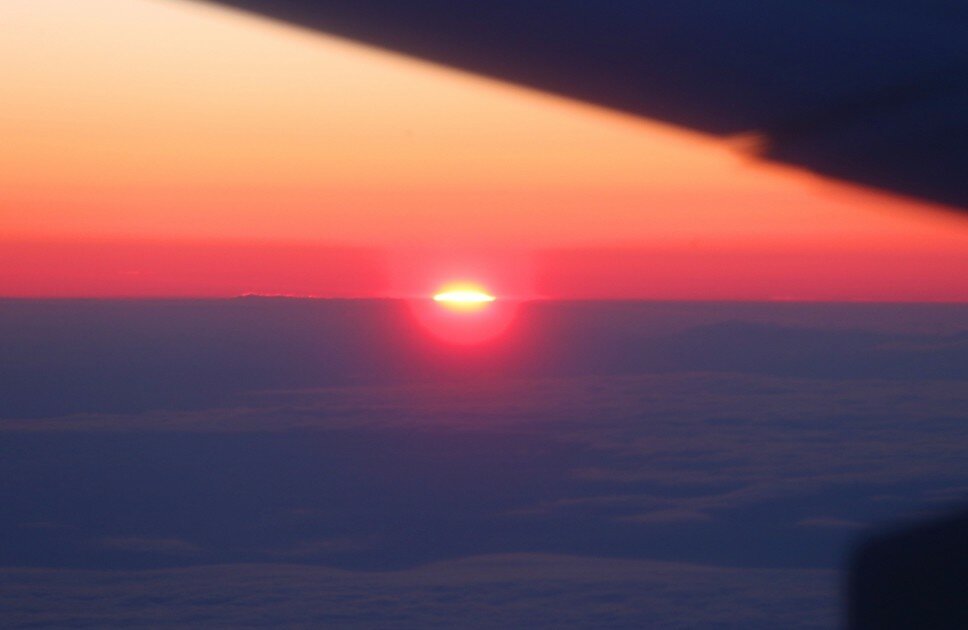 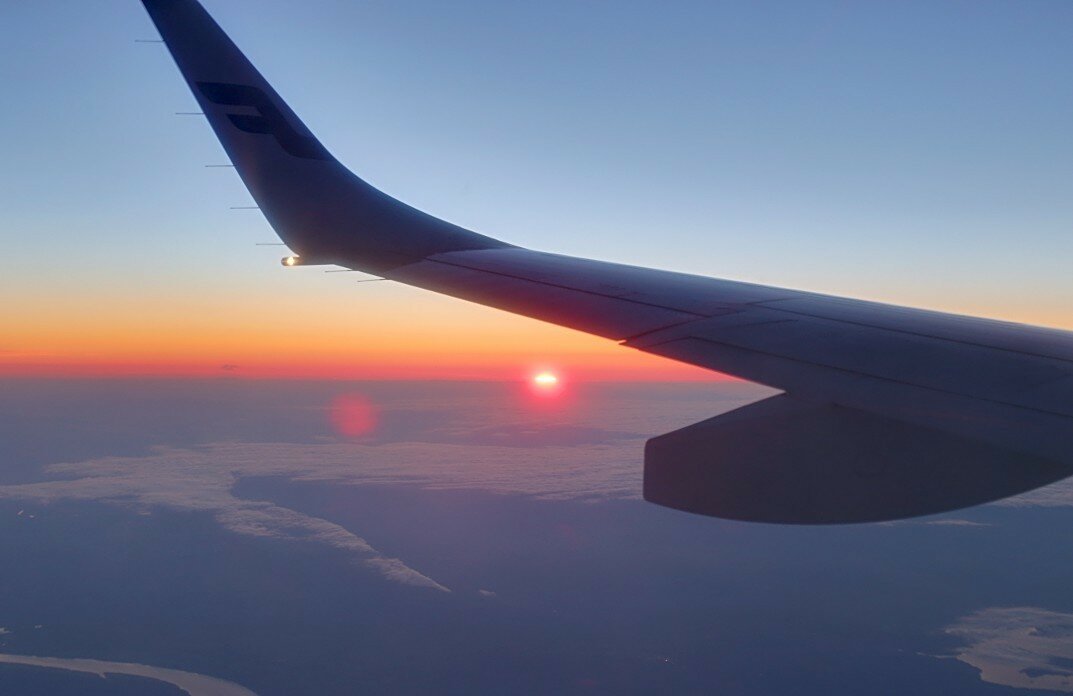 For a brief moment, everything was painted in startling colors. 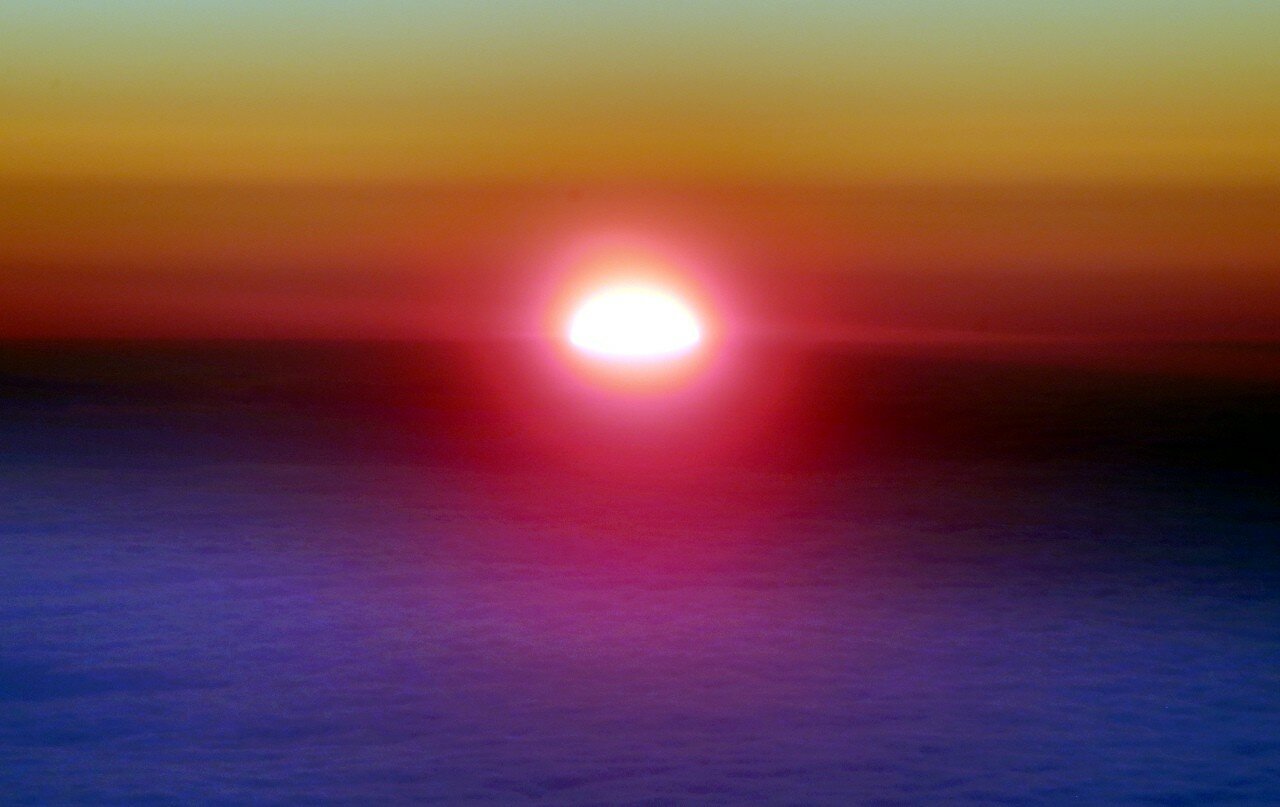 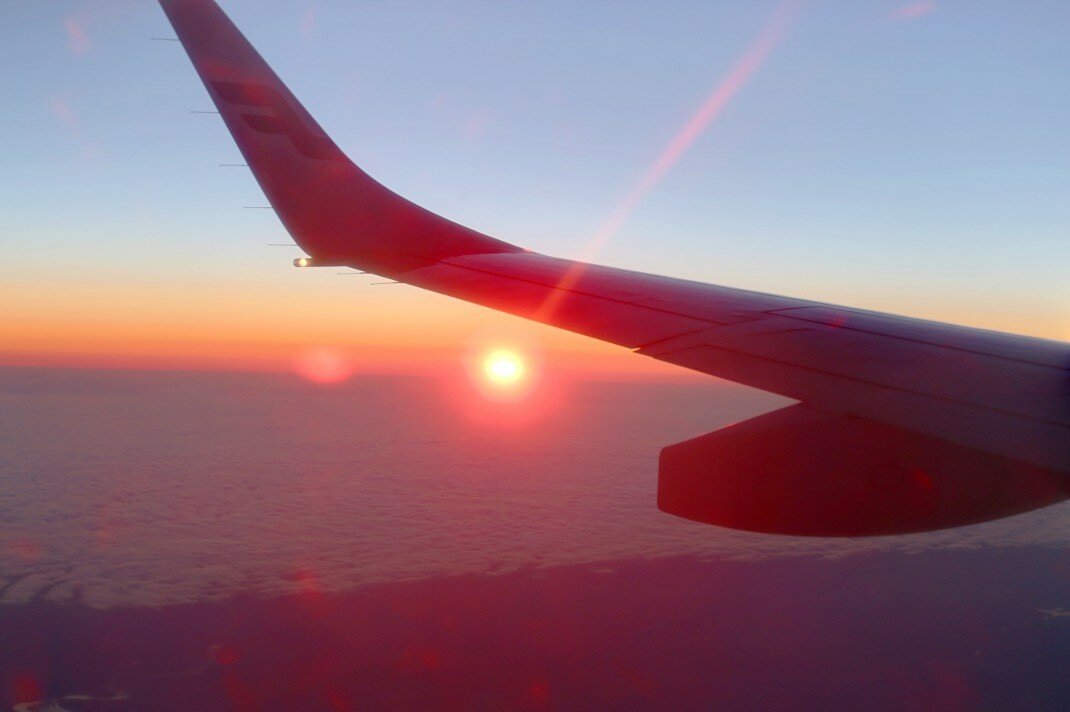 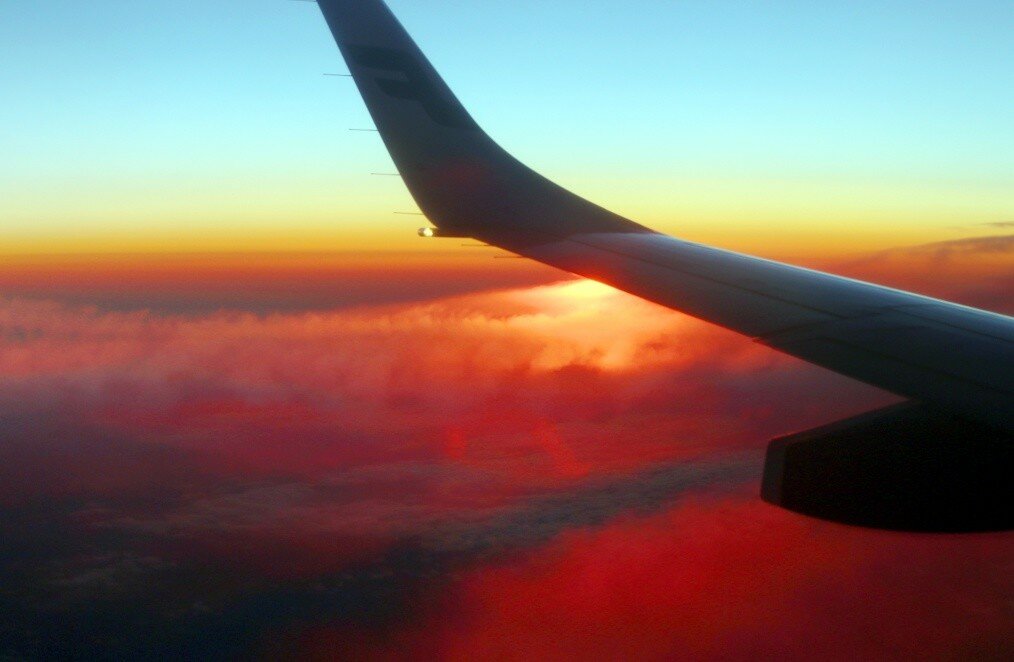 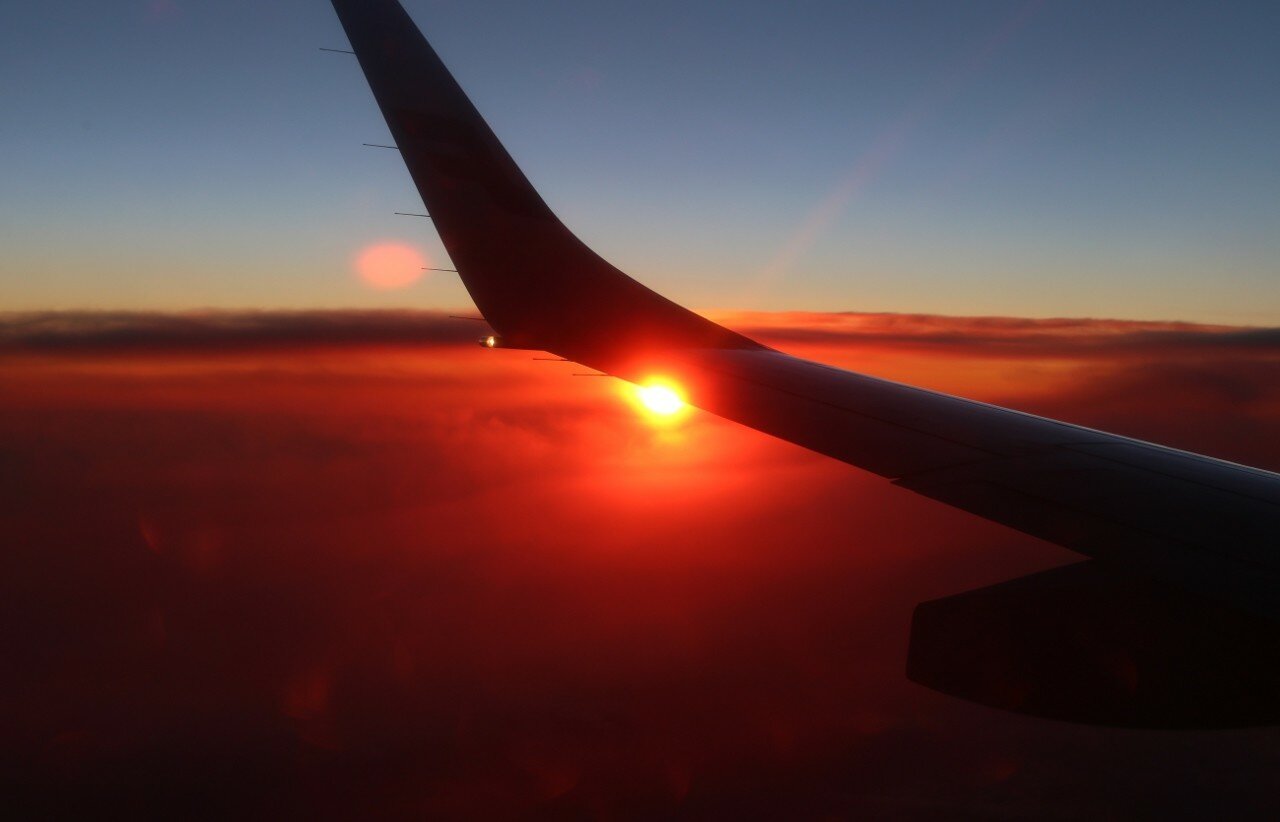 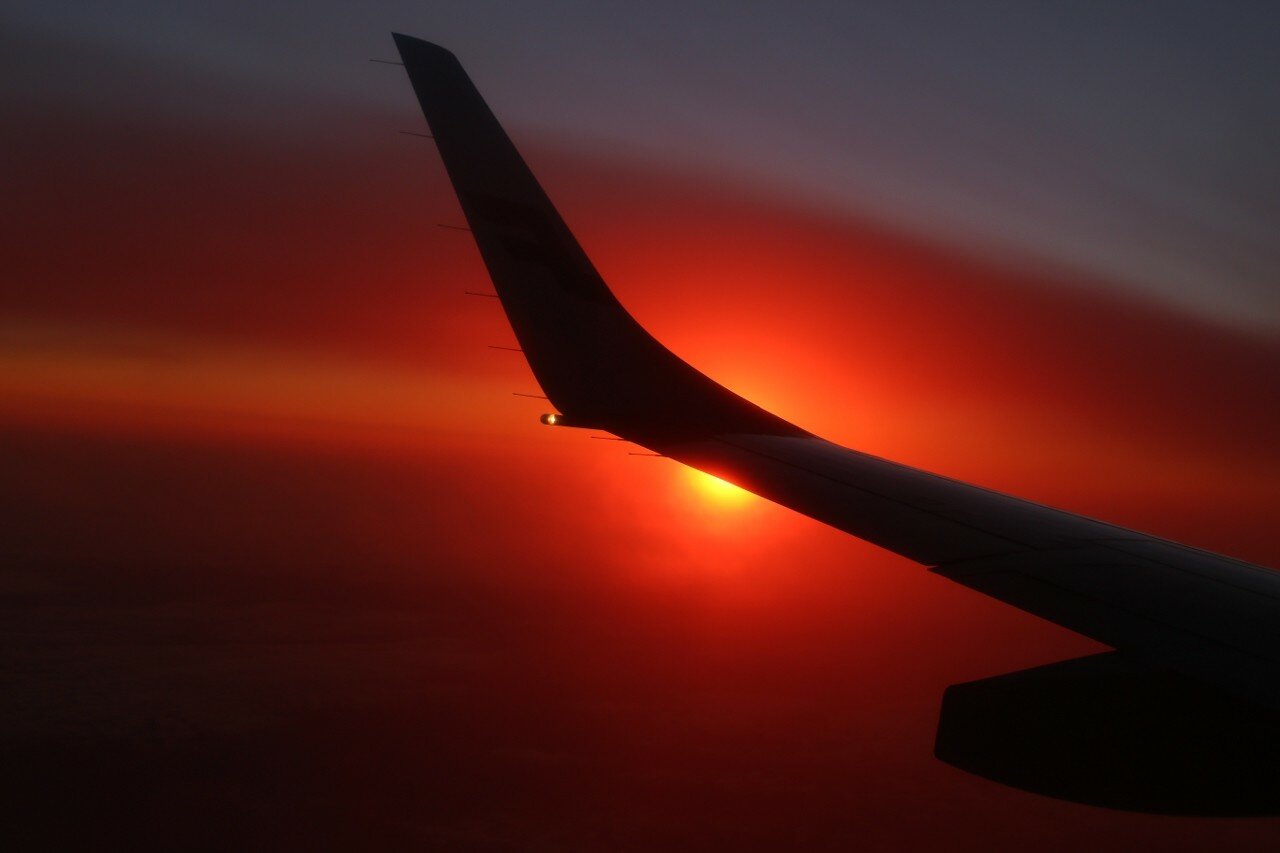 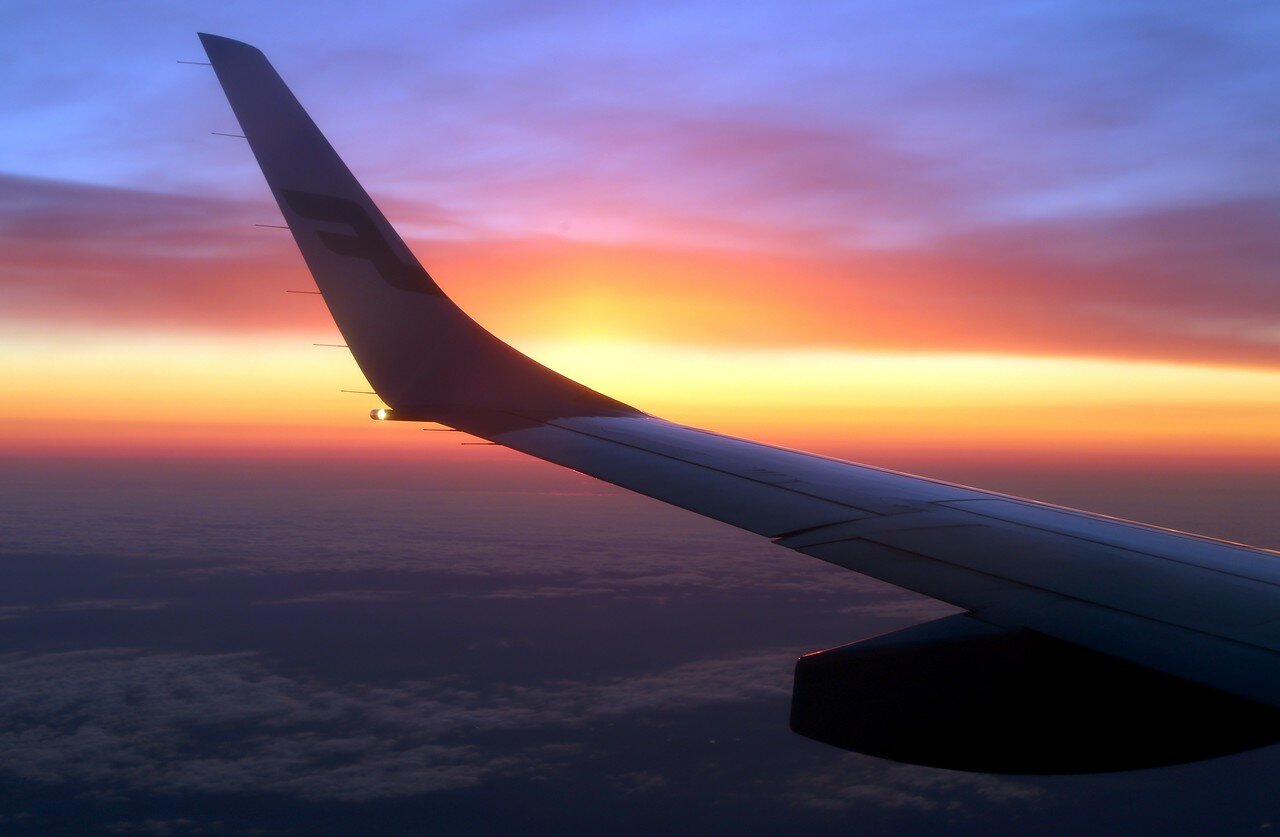 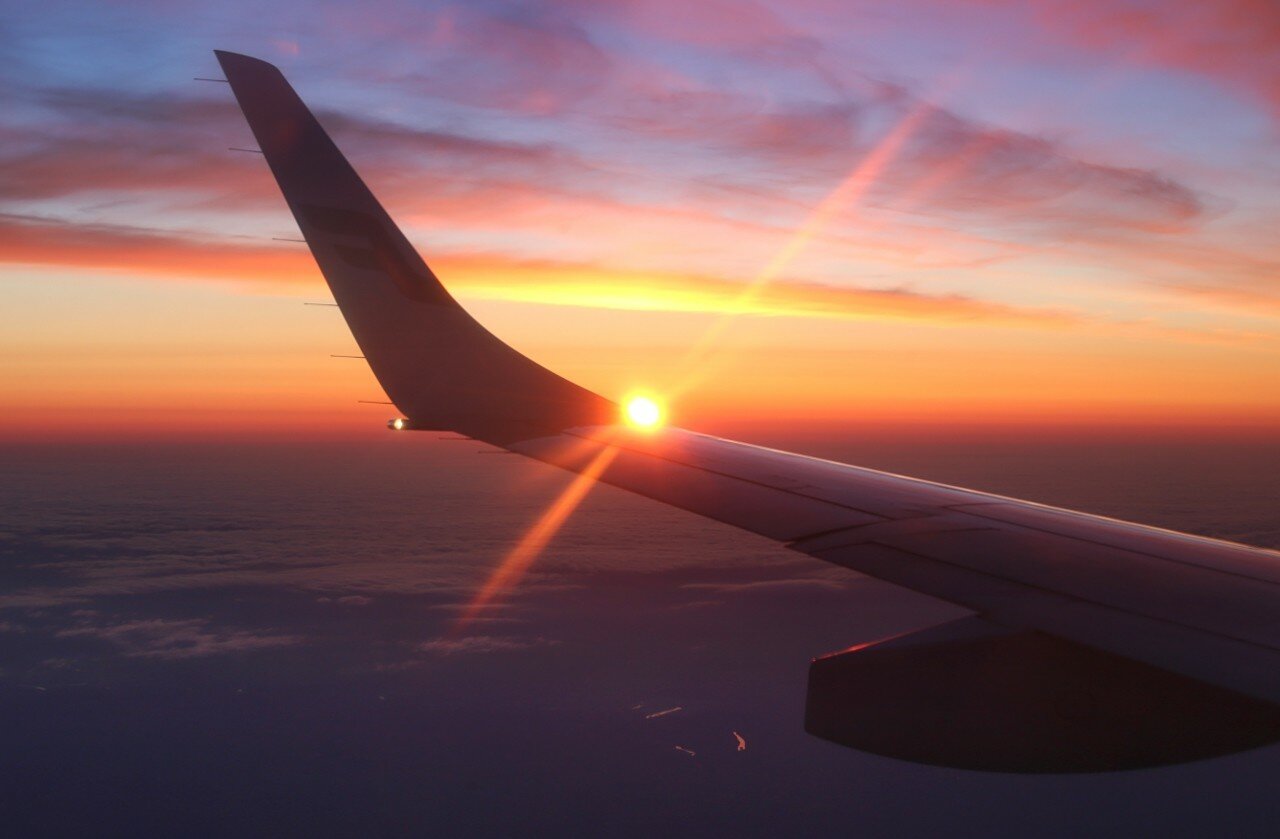 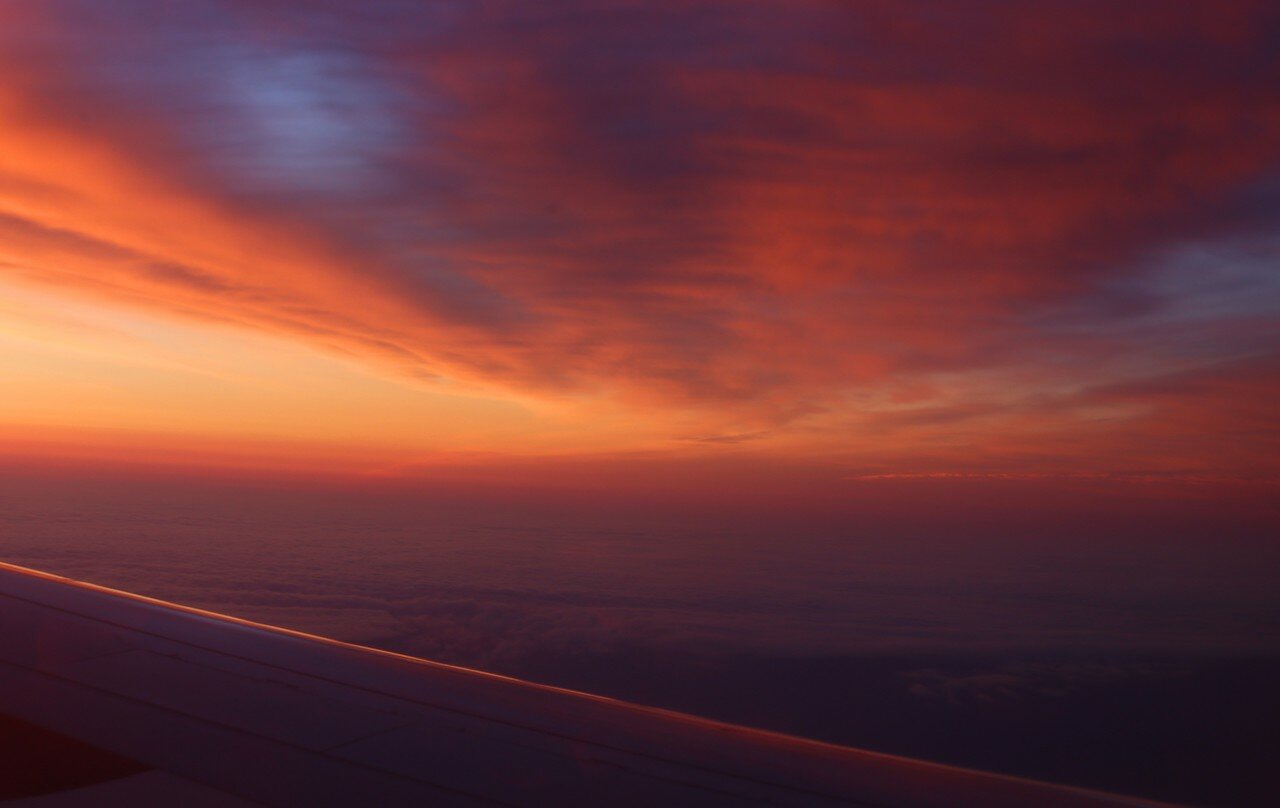 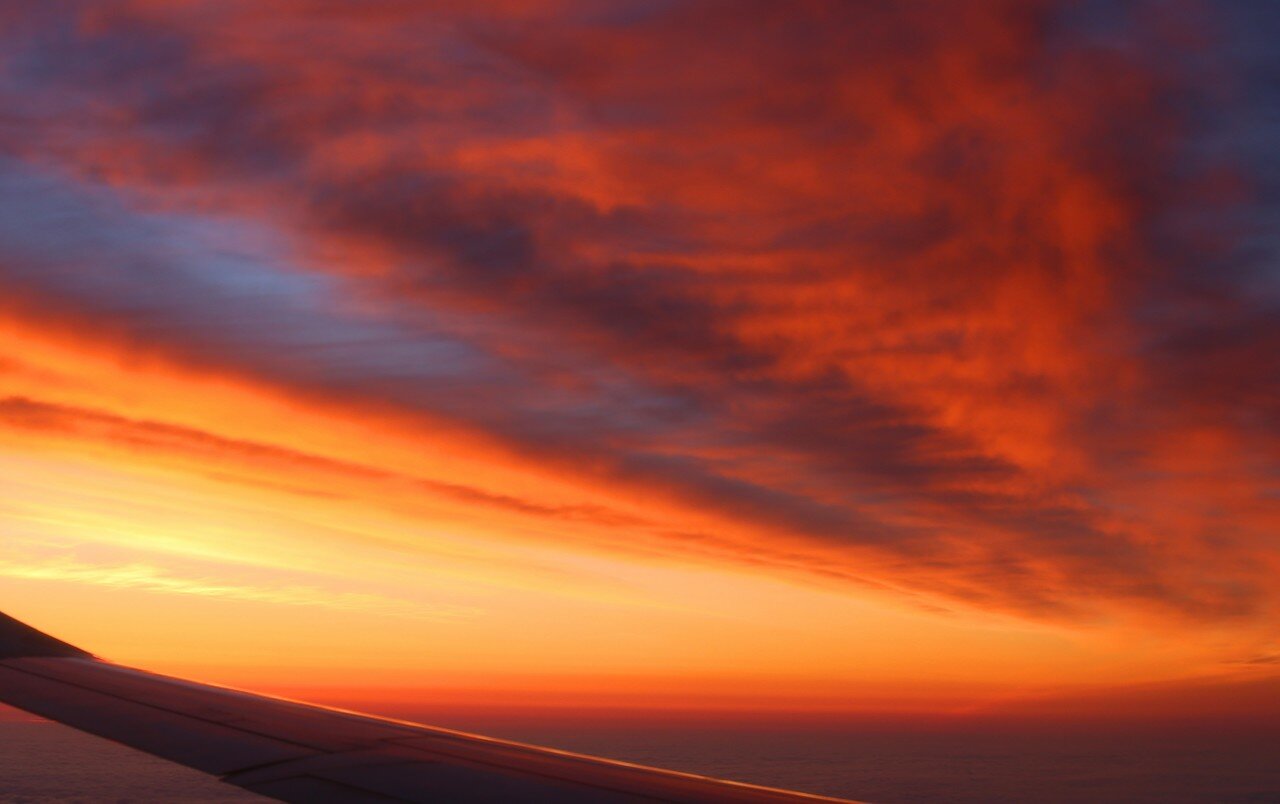 Under the wing - the South-Eastern suburbs of Yekaterinburg. I had to shoot it on a soap dish, since the conductor firmly demanded to put the DSLR with the TV box in the Luggage and stood over the shower until I zipped up the bag and put it under the seat. I must say, this is the first time this, I used to shoot without problems both on takeoff and landing. 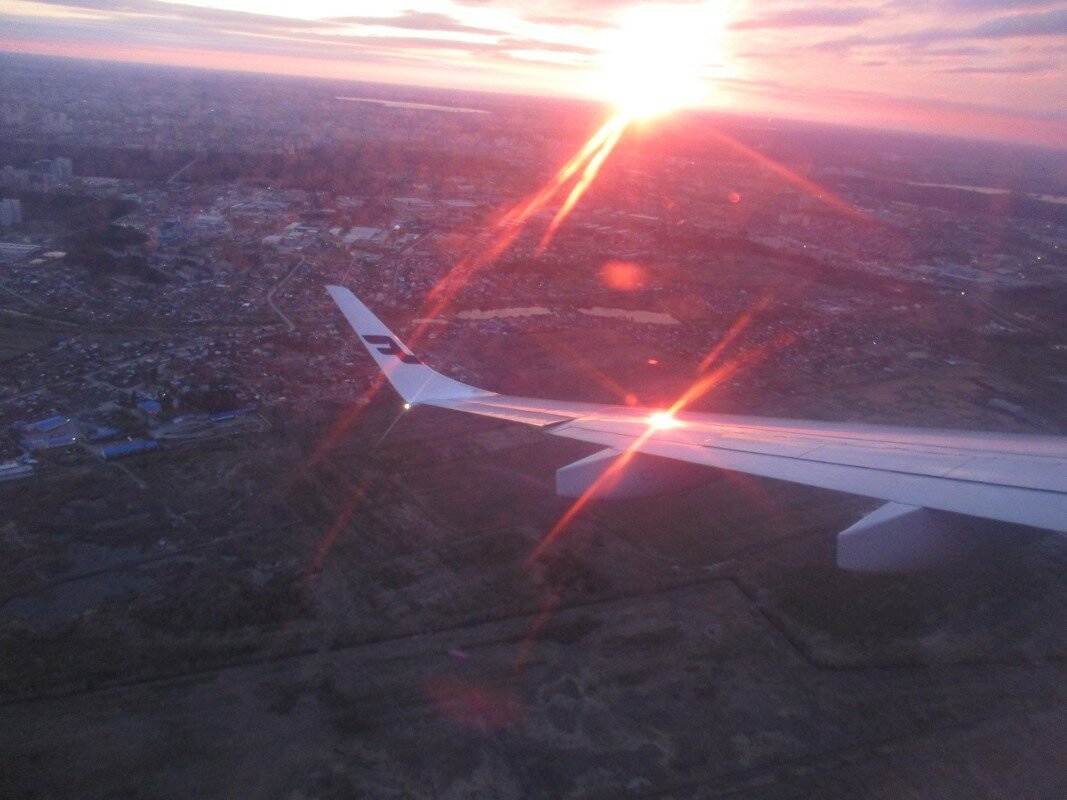 The plane taxied to one of the gates of the international terminal of Koltsovo airport. Disembarkation of hundreds of passengers did not take long, there was also no queue at passport control, and the Luggage appeared on the tape about 15 minutes after landing. Surprisingly, my rucksack came out in the first row, even though transit travelers ' belongings are usually loaded first, and unloaded, respectively, last. Not giving up hope of getting on the only bus going directly from the airport to Nevyansk, I hurried to the bus ticket office (located in the very right corner of the terminal building, where the railway ticket office and taxi order are located). 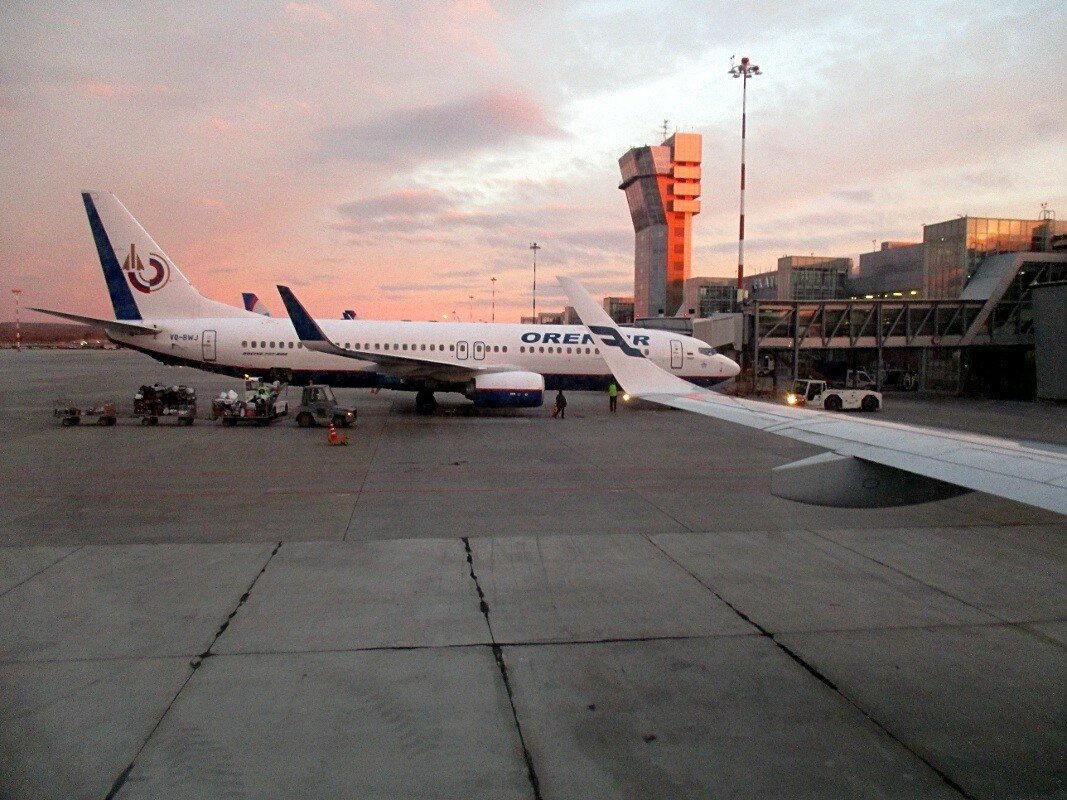 As usual, there were no tickets, the quota of the airport ticket office had run out, but the cashier offered me a ticket to the southern bus station, where I can buy a ticket to Nevyansk while the bus is still standing. So it turned out, because of the early morning and weekend at the only open ticket office there was no one and I calmly bought a ticket. When I went to the landing site, I found a fence with electronic gates, through which the controller allows passengers to enter the bus. On the one hand, it is correct that people do not wander around the square, where buses maneuver, somehow not too aesthetically, it looks like a corral...anyway, I was home in a couple of hours. 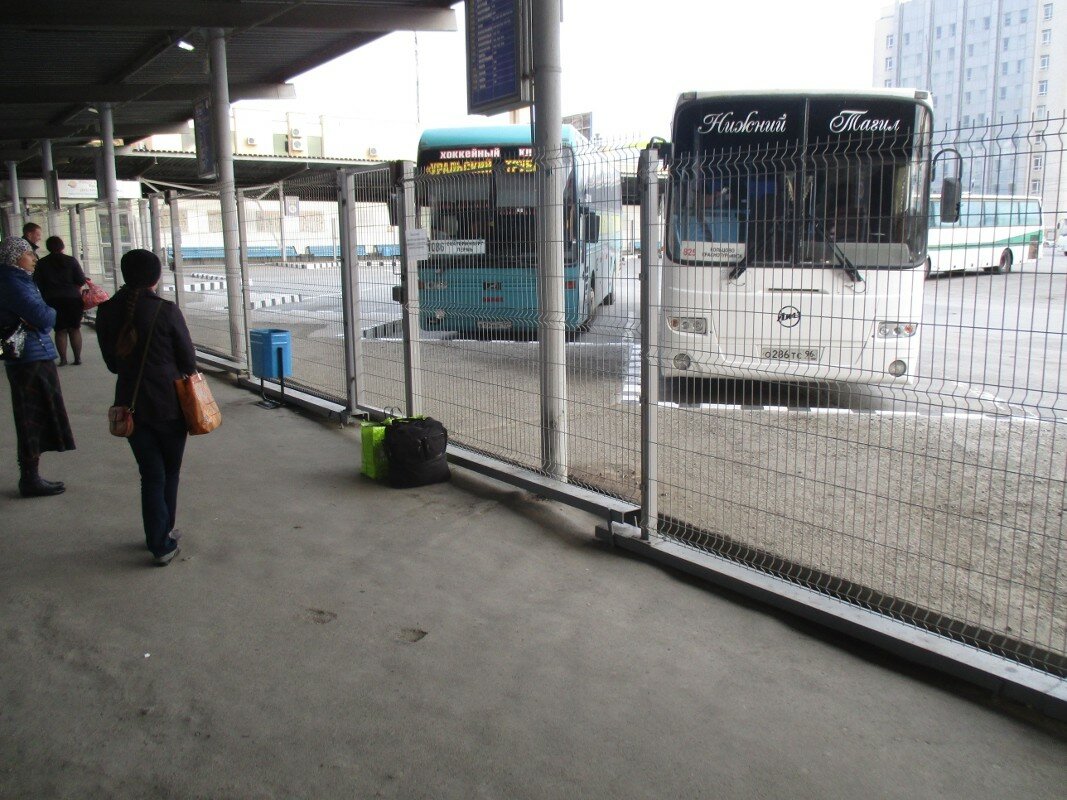