After four and a half hours, our flight from Yekaterinburg to Istanbul with Turkish Passengers is nearing completion. Istanbul was also overcast, and I counted five layers of clouds as we descended. 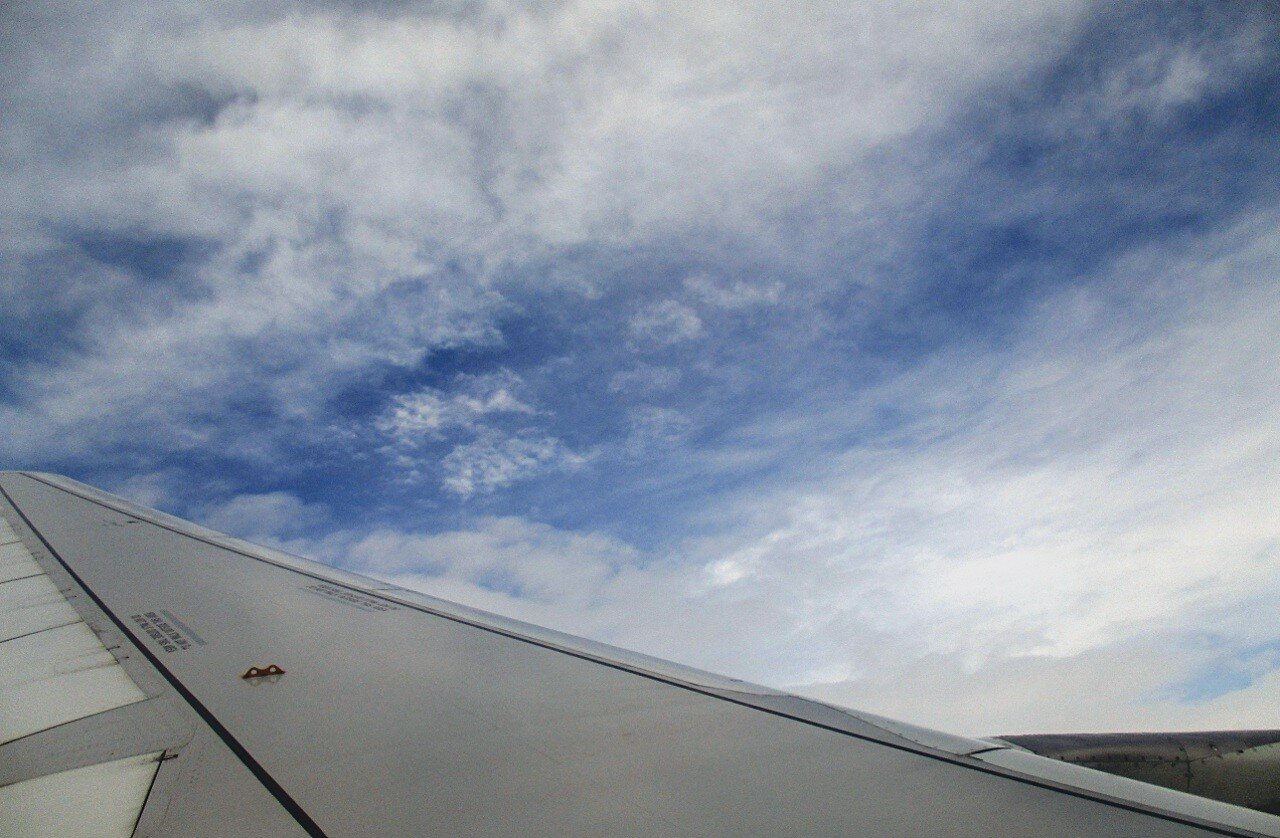 The eternal city was sinking in the gloom of spring weather. 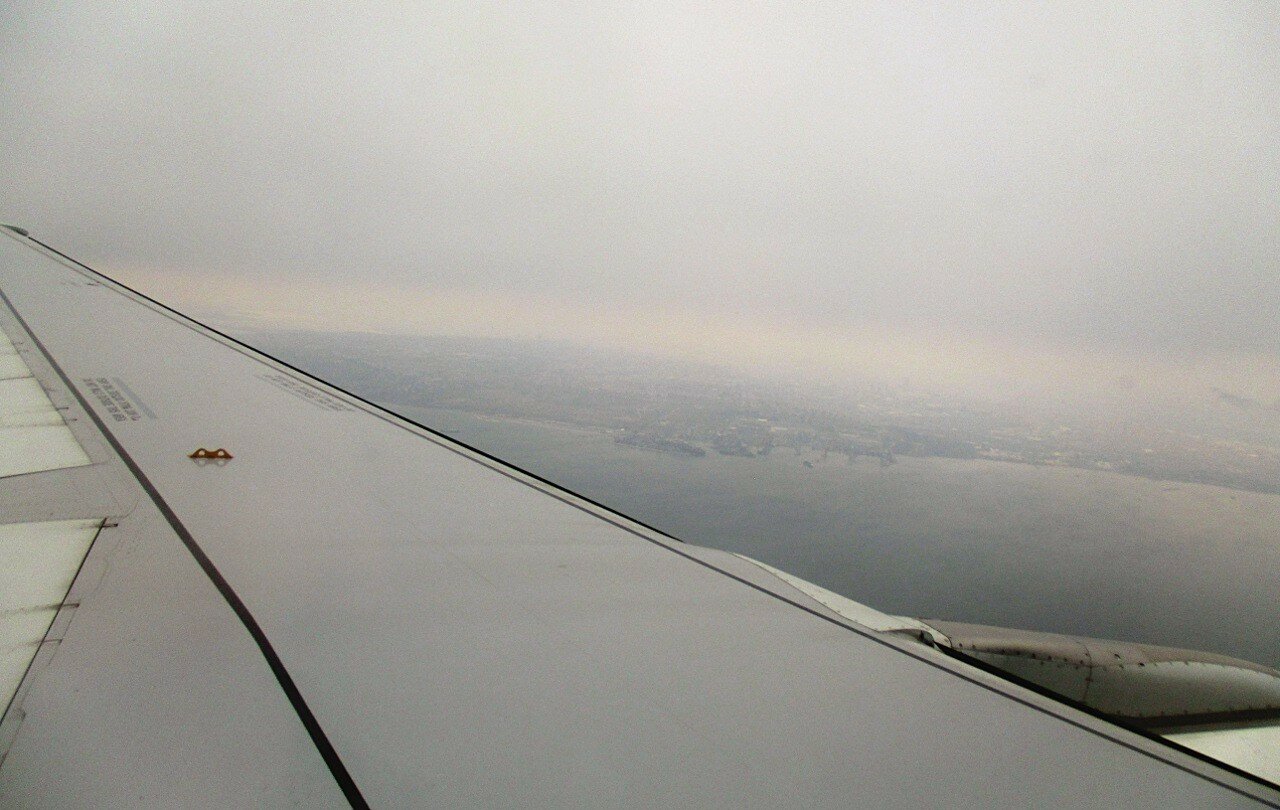 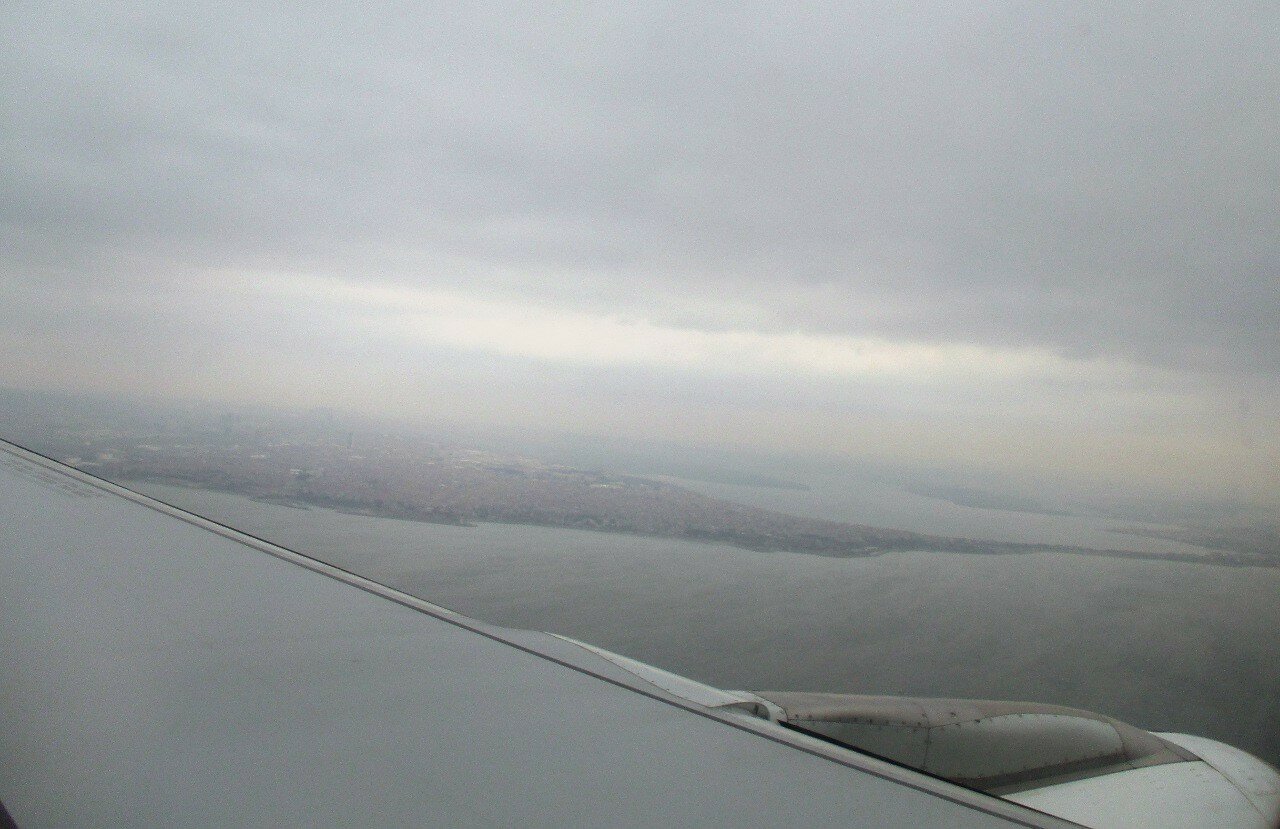 The coastline of Bakirkoy. 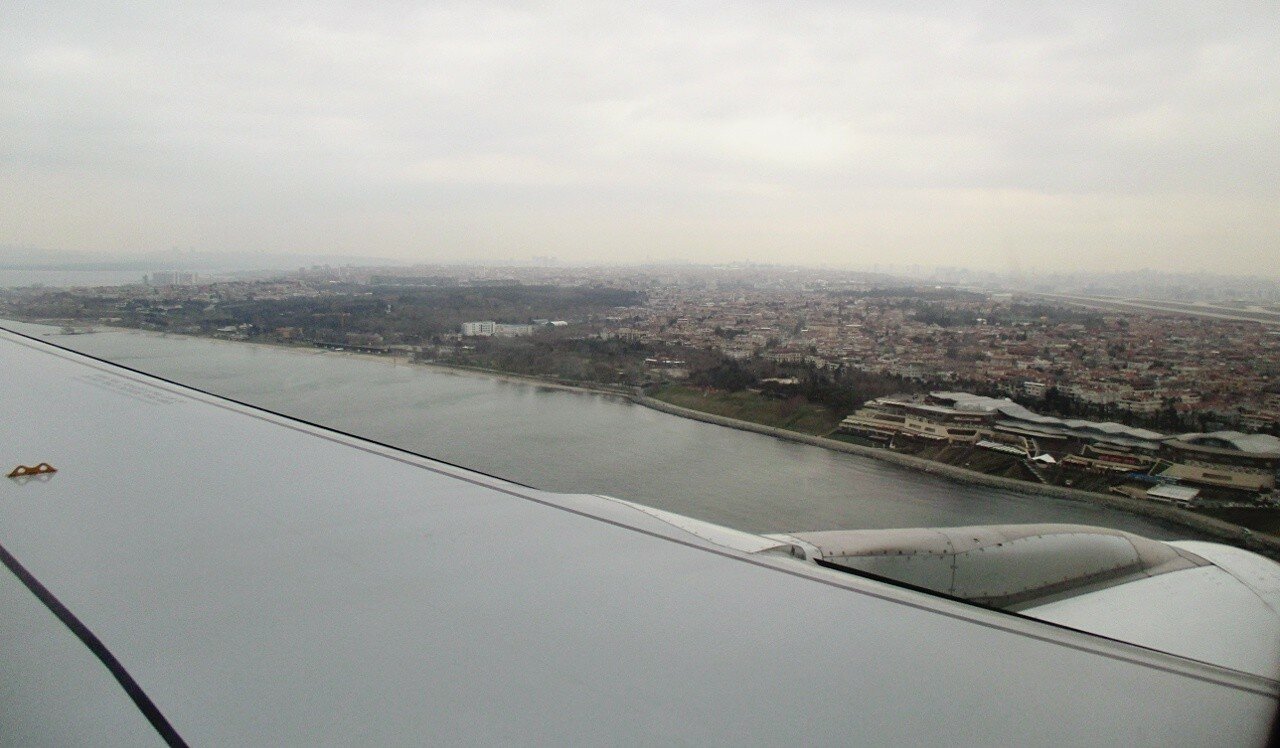 Here are the airport lanes already. 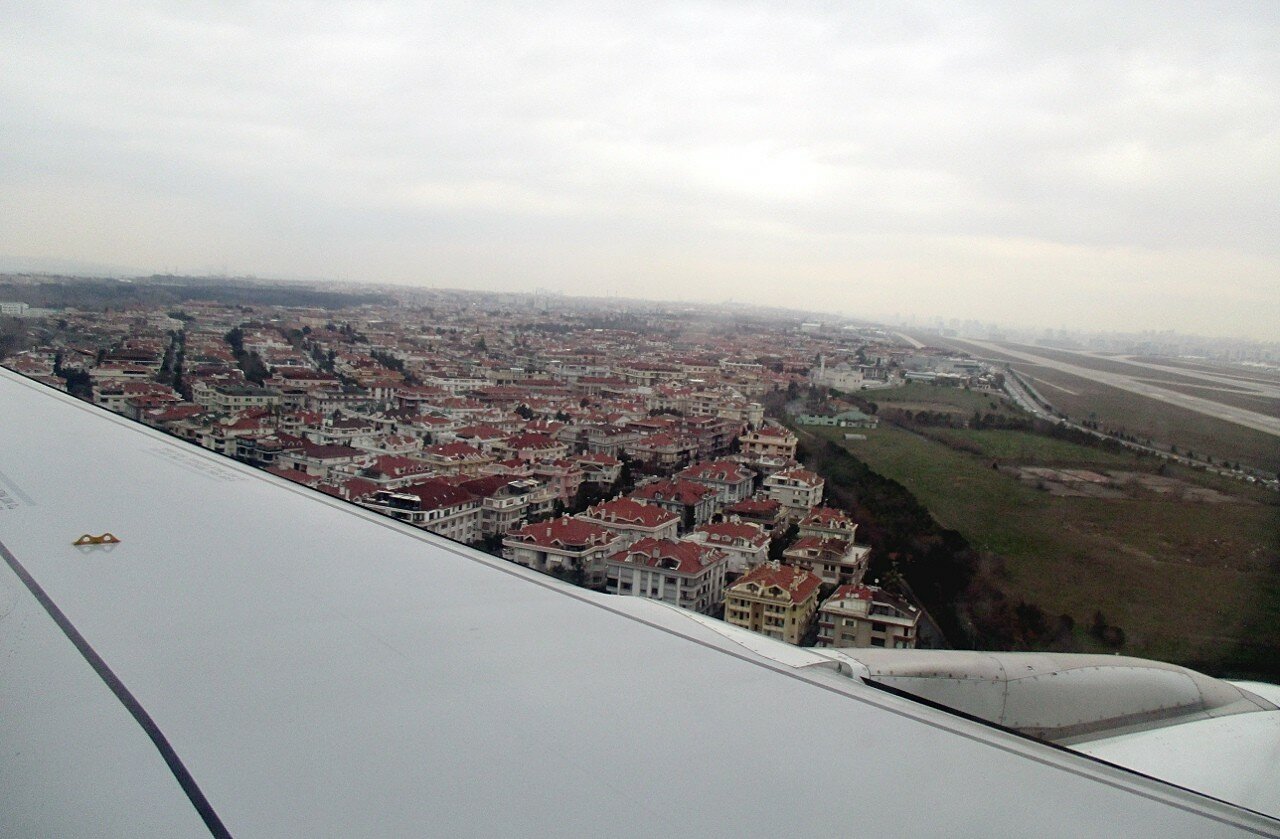 The airport has three runways, two parallel concrets on each side 3000 meters (pictured), one asphalt road with a length of 2580 meters at an angle to that's where we're going. 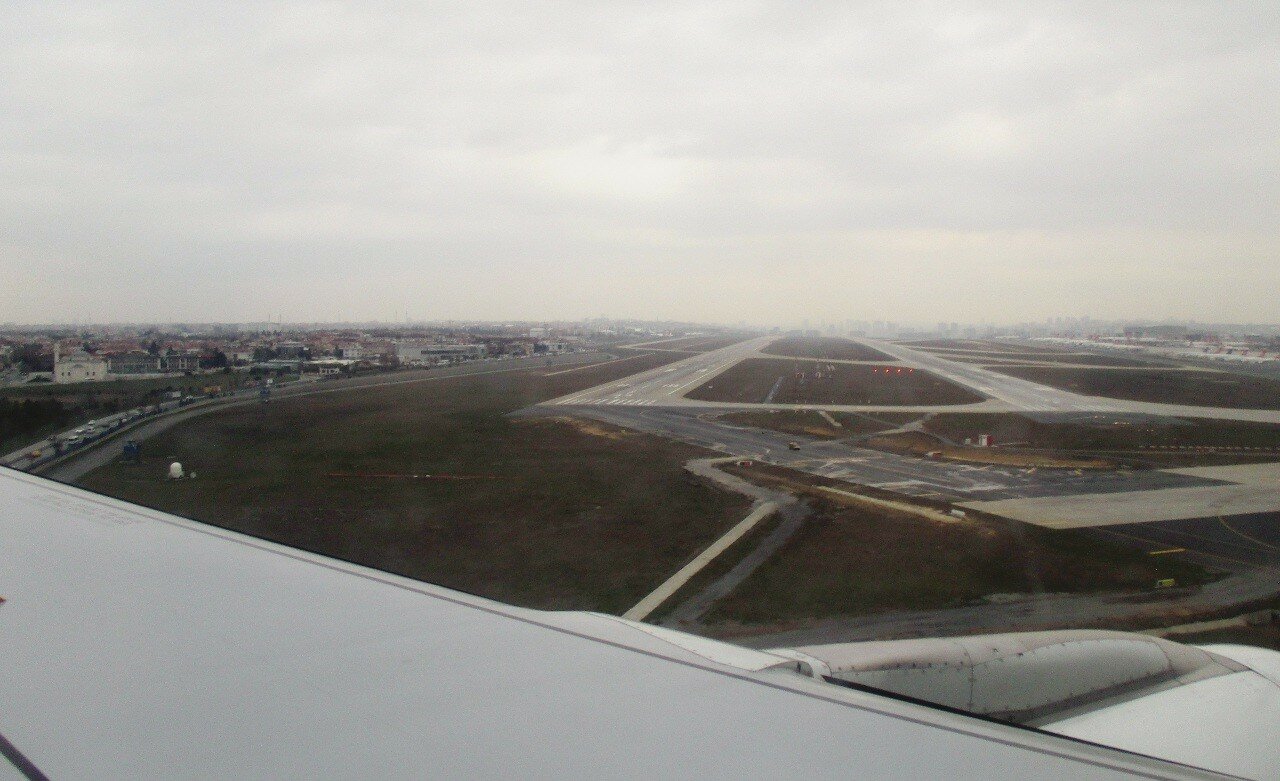 Taxiways are busy, and there are real queues for takeoff. 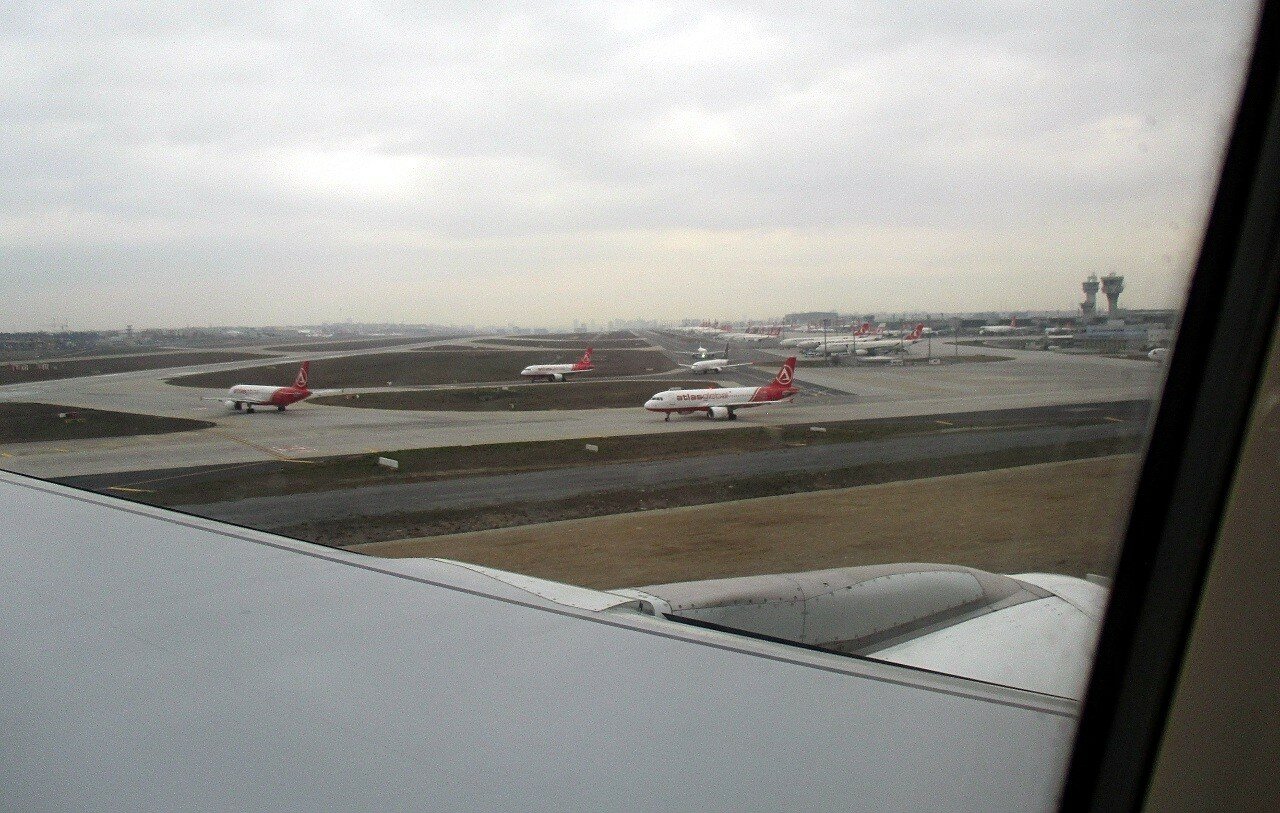 Well, our A320 is already rolling on the black asphalt. 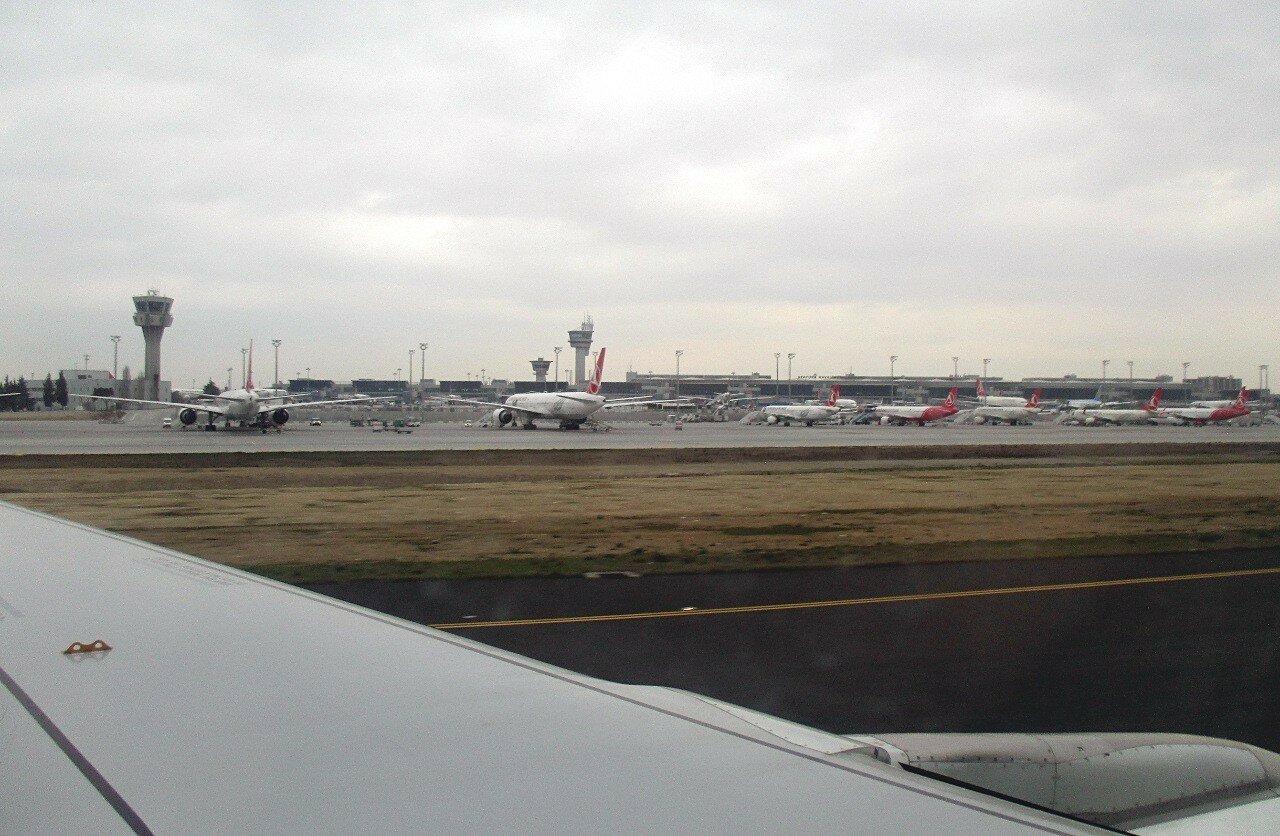 As we left the runway for the taxiway, another plane followed one side - the traffic here is very intense, especially effective this it looks like night - a chain of lights is moving towards the ground in the black sky. 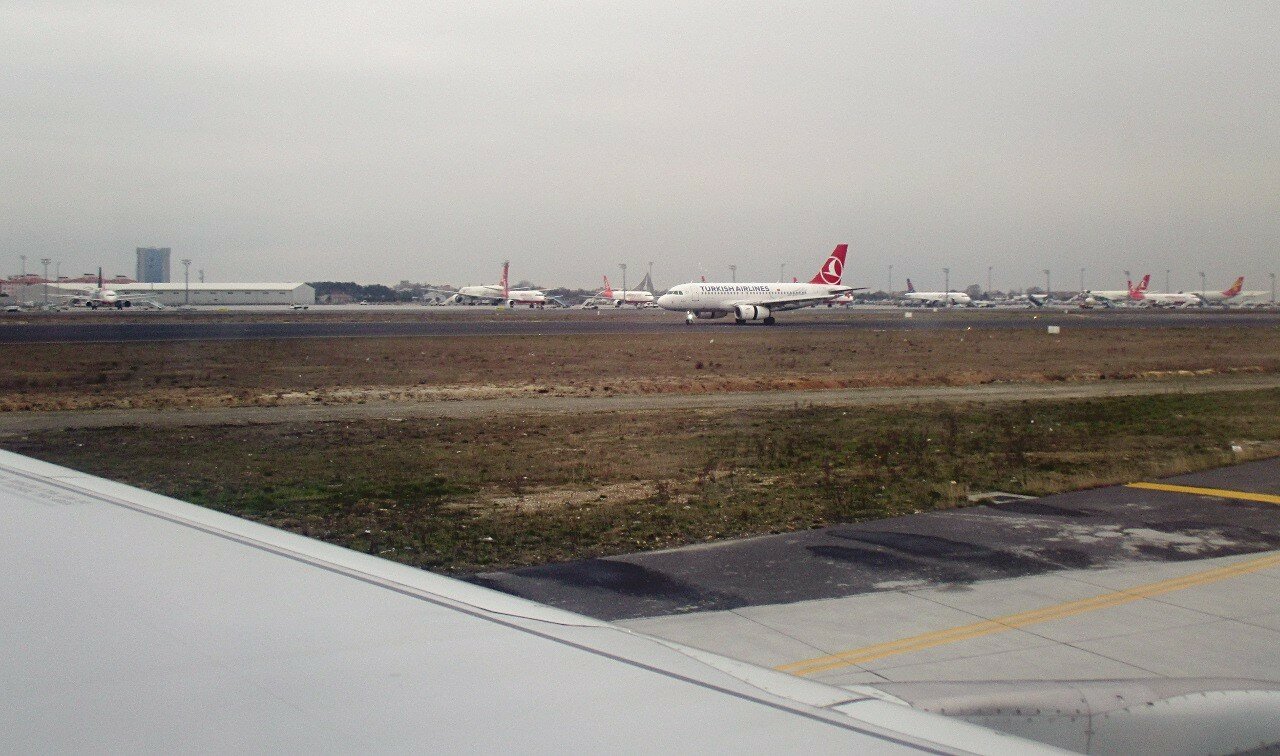 Naturally, with such a number of flights and arrivals, landing galleries for all are not enough, and a huge number of aircraft stand in orderly rows and are loaded and unloaded "in a clean state field". When the plane taxied into the Parking lot, the buses were already waiting, just like baggage handlers. 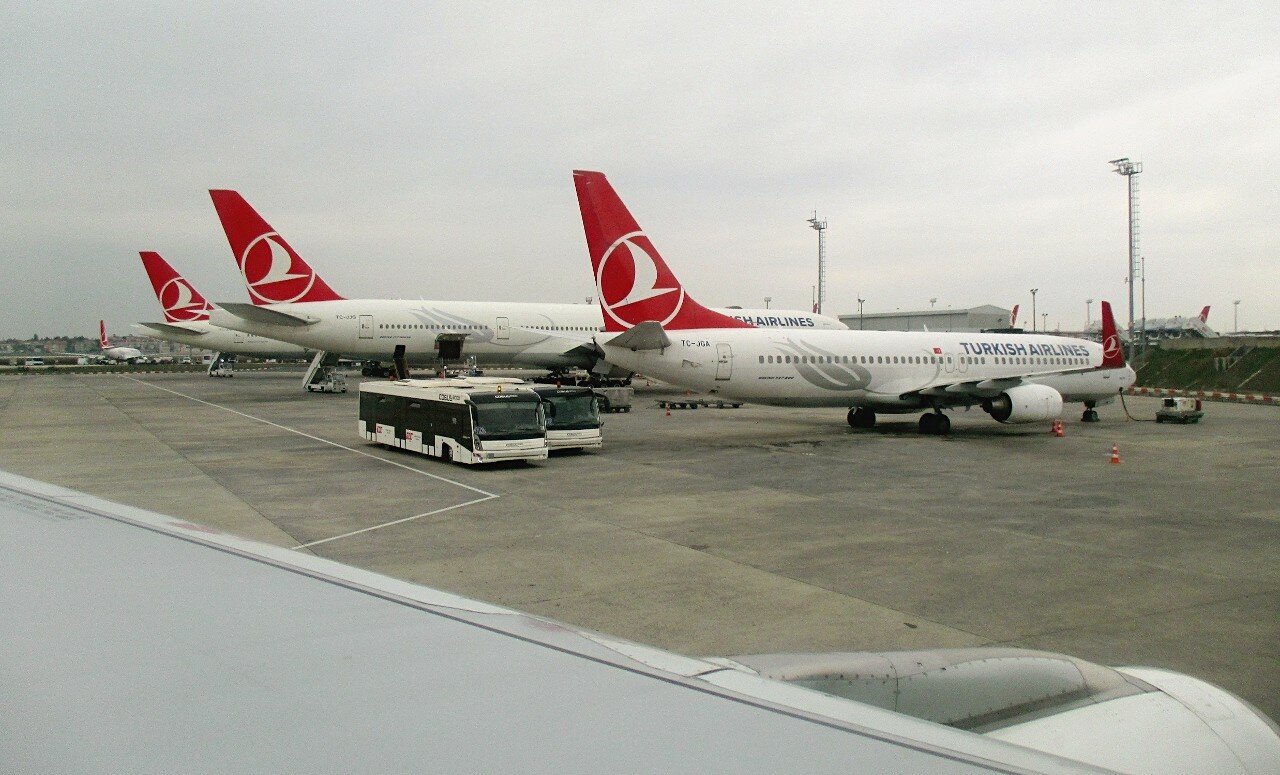 It is interesting that bus drivers are also the gangways were brought up to the front and back doors, and disembarkation began without delay delays. meanwhile, another bus rolled up, which took several passengers who are late for connecting flights - let me remind you that the flight arrived with a delay of 25 minutes. 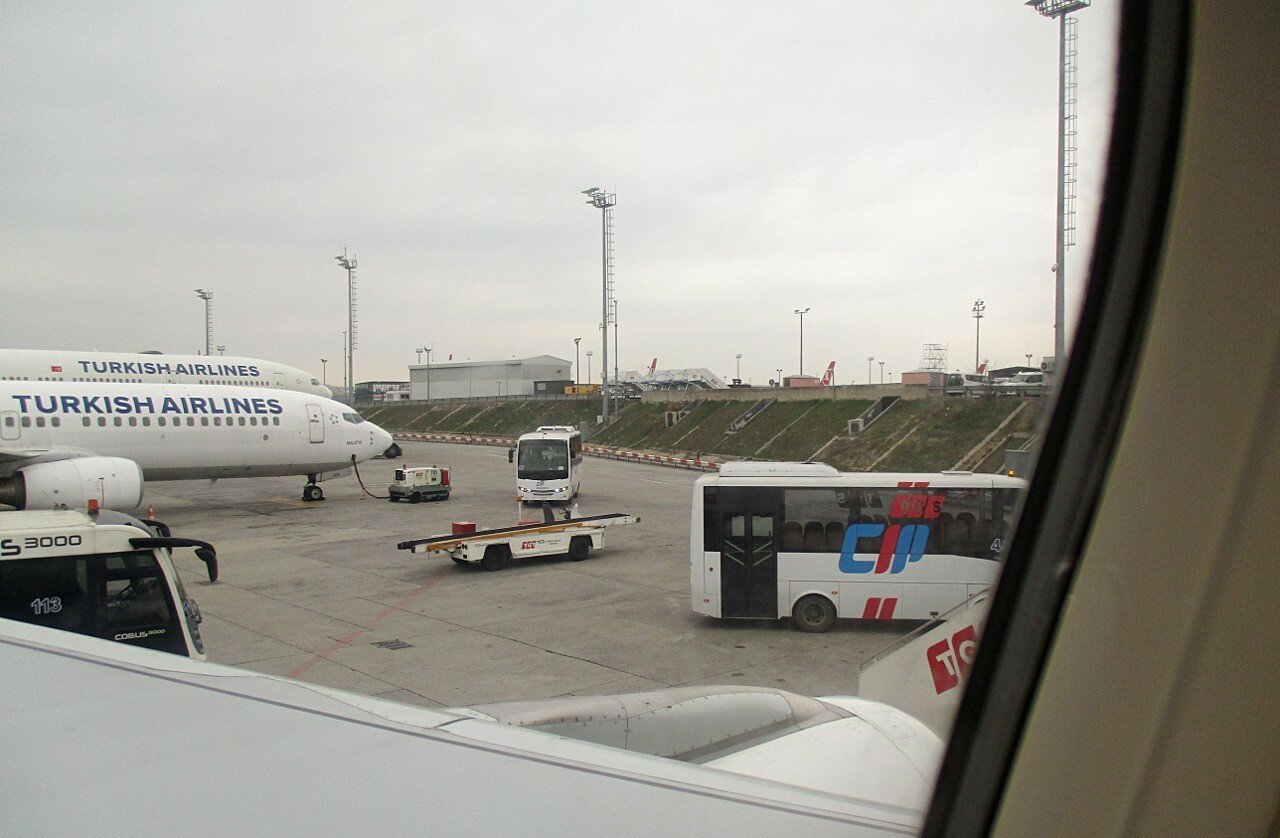 Due to the delay, I still had some time to spare very little time, so once in the transit zone of the airport, I hurried to catch a flight to Madrid. 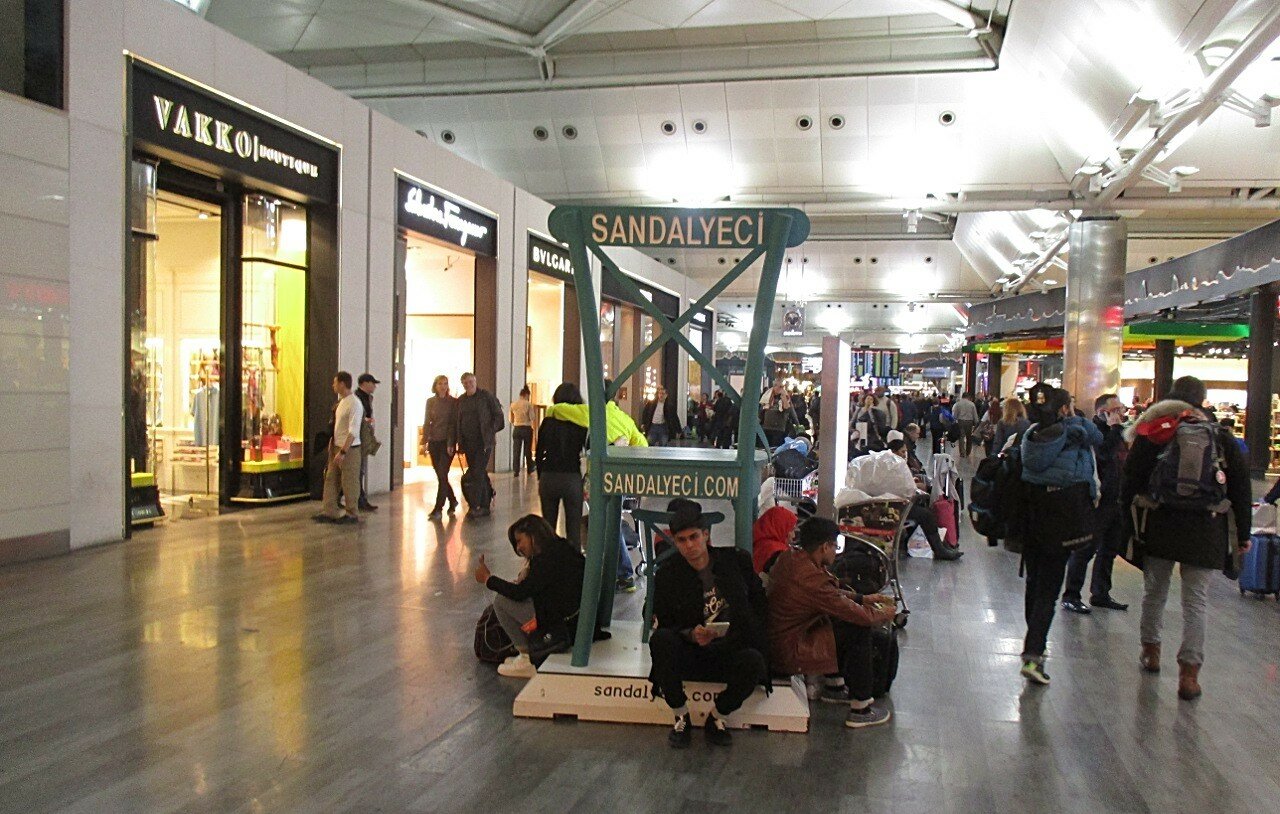