Our flight from Istanbul to Madrid is coming to an end. The plane has begun its descent and is preparing to land at Barajas airport. 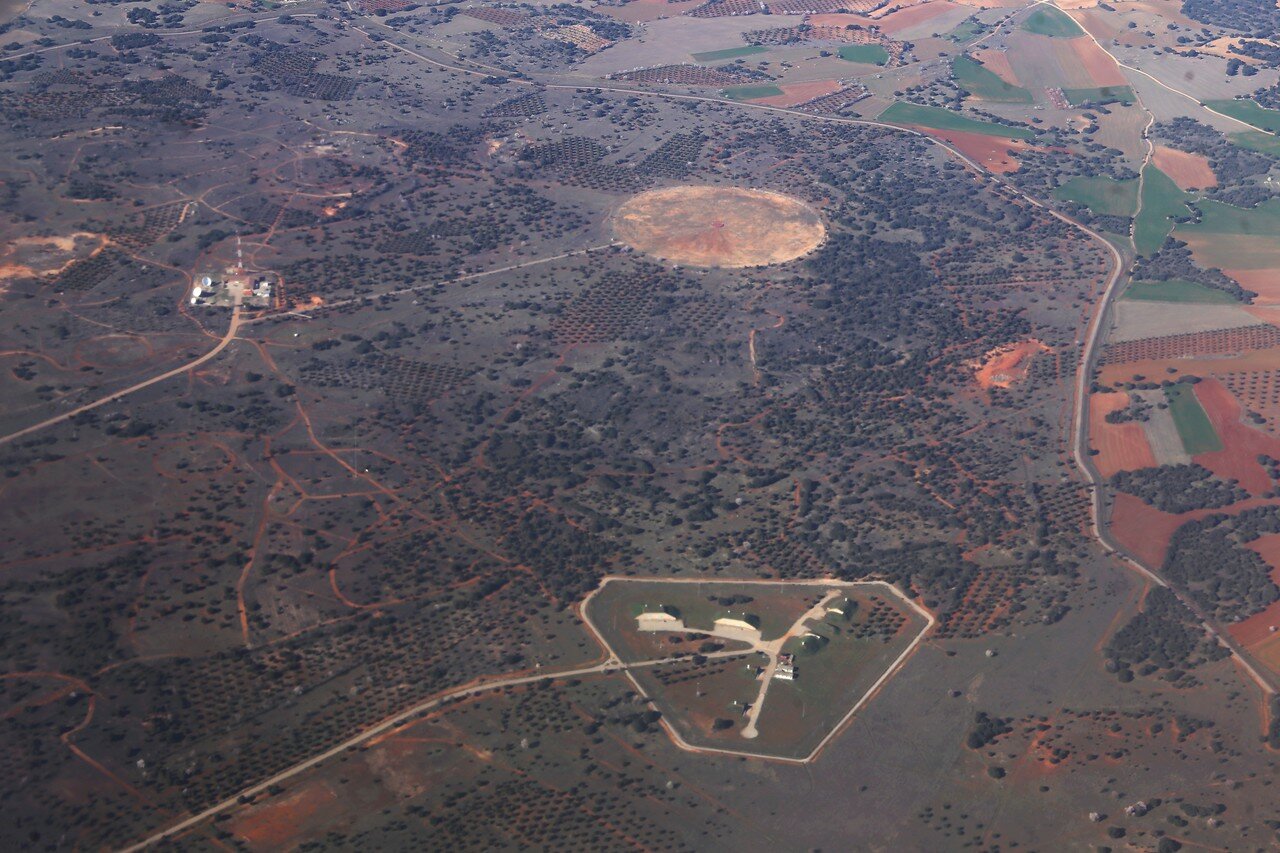 The approach of Madrid can be noticed by a large number of carers. 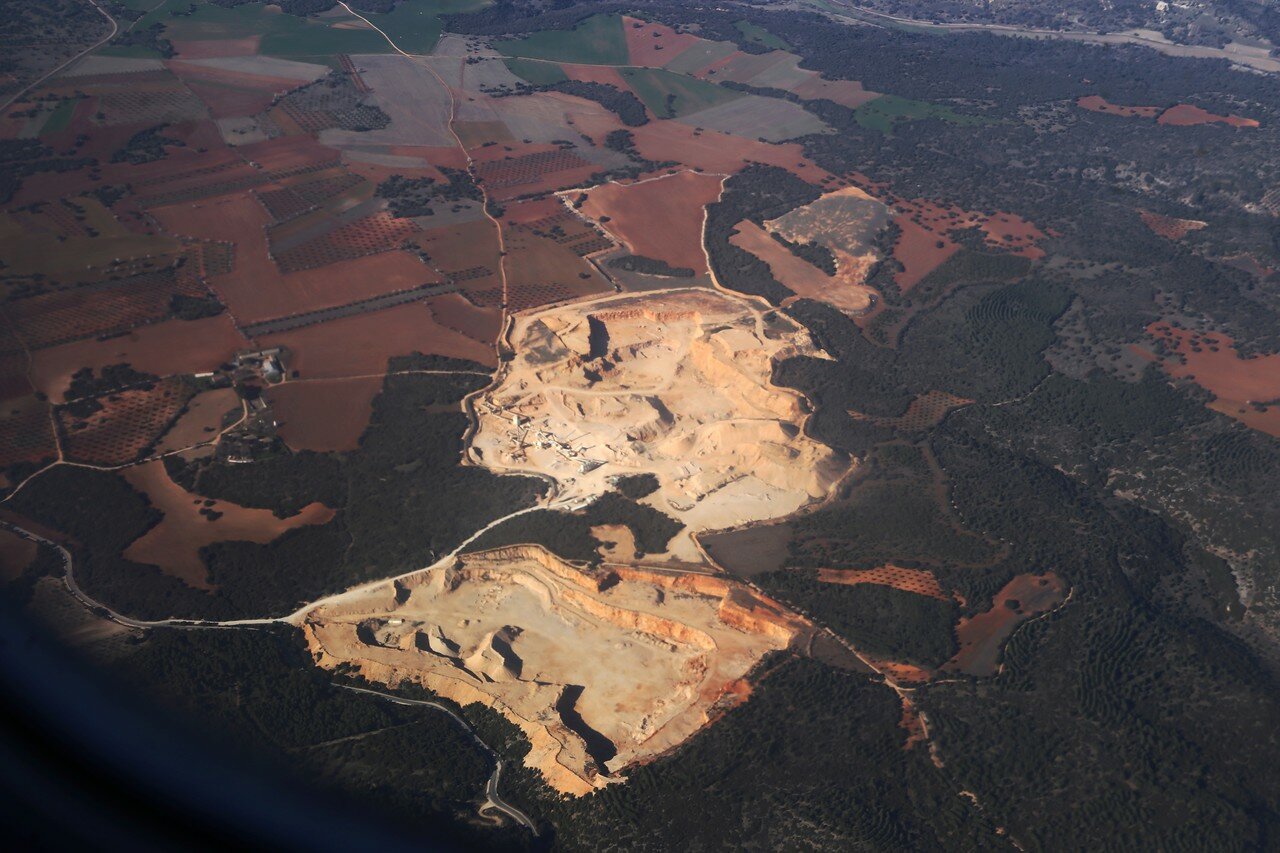 Some quarries take up huge areas. 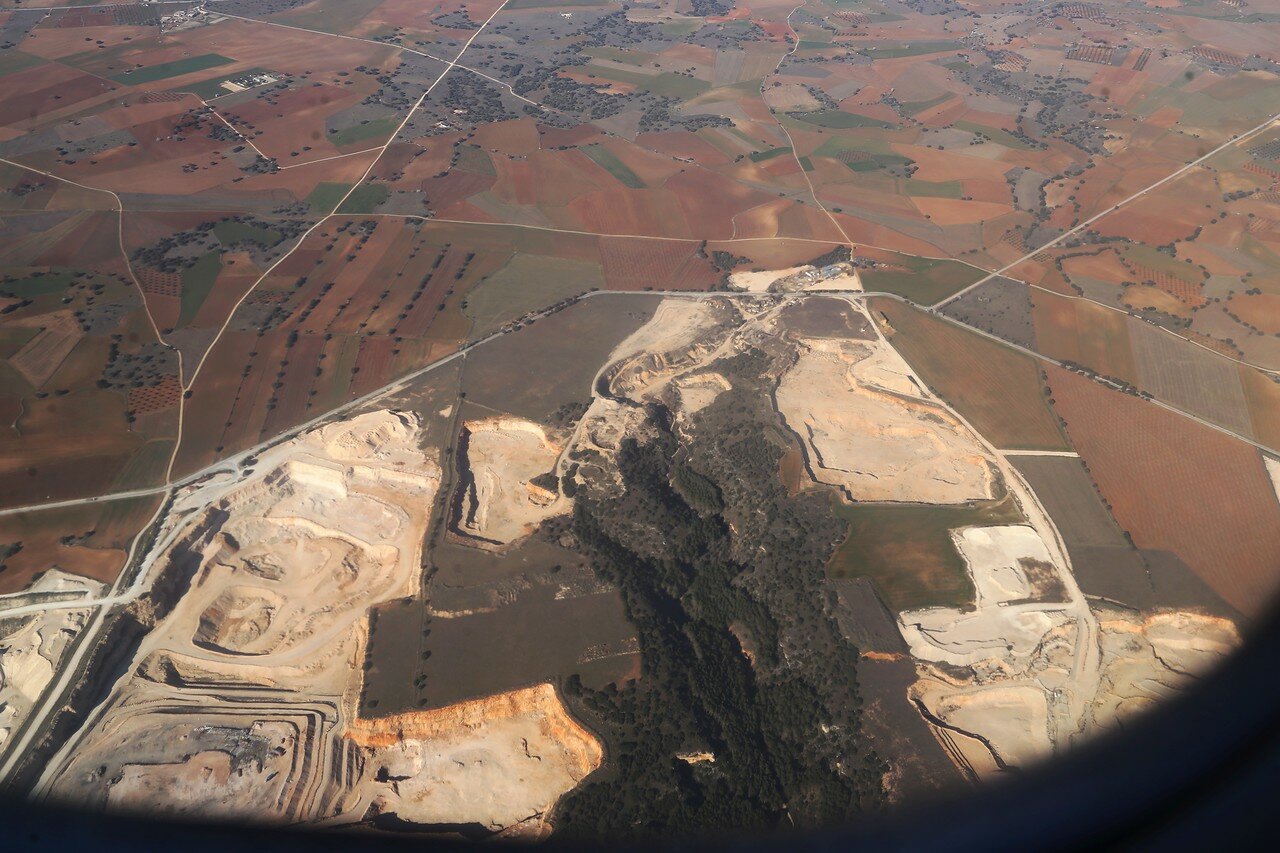 And some of them are very small. 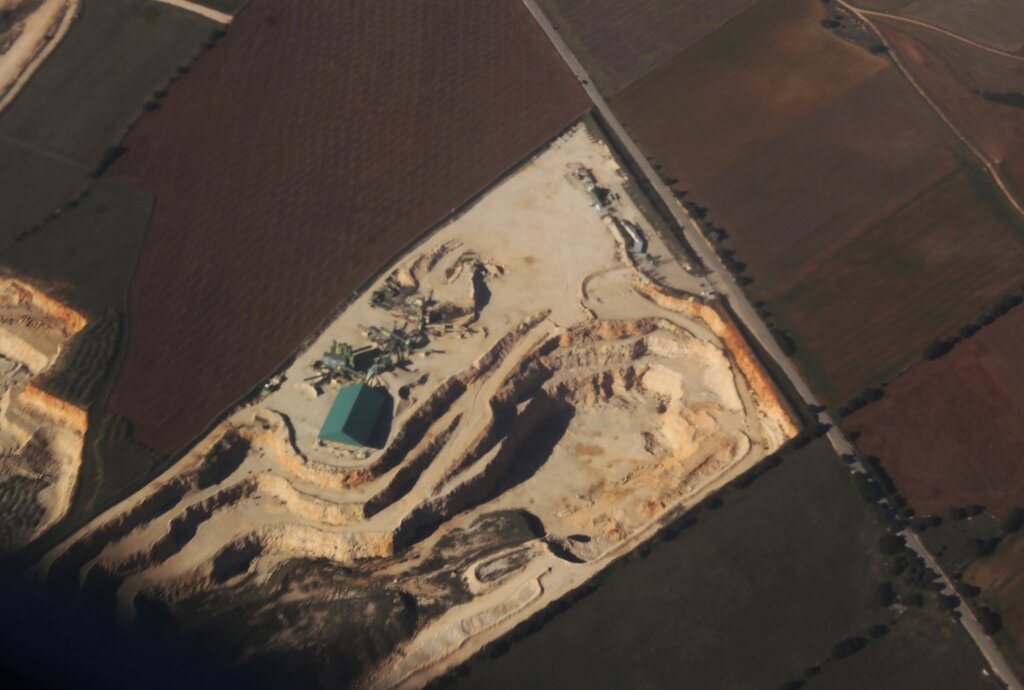 Limestone, sand, and clay are extracted here - everything that is necessary for construction sites of a large and constantly growing city. 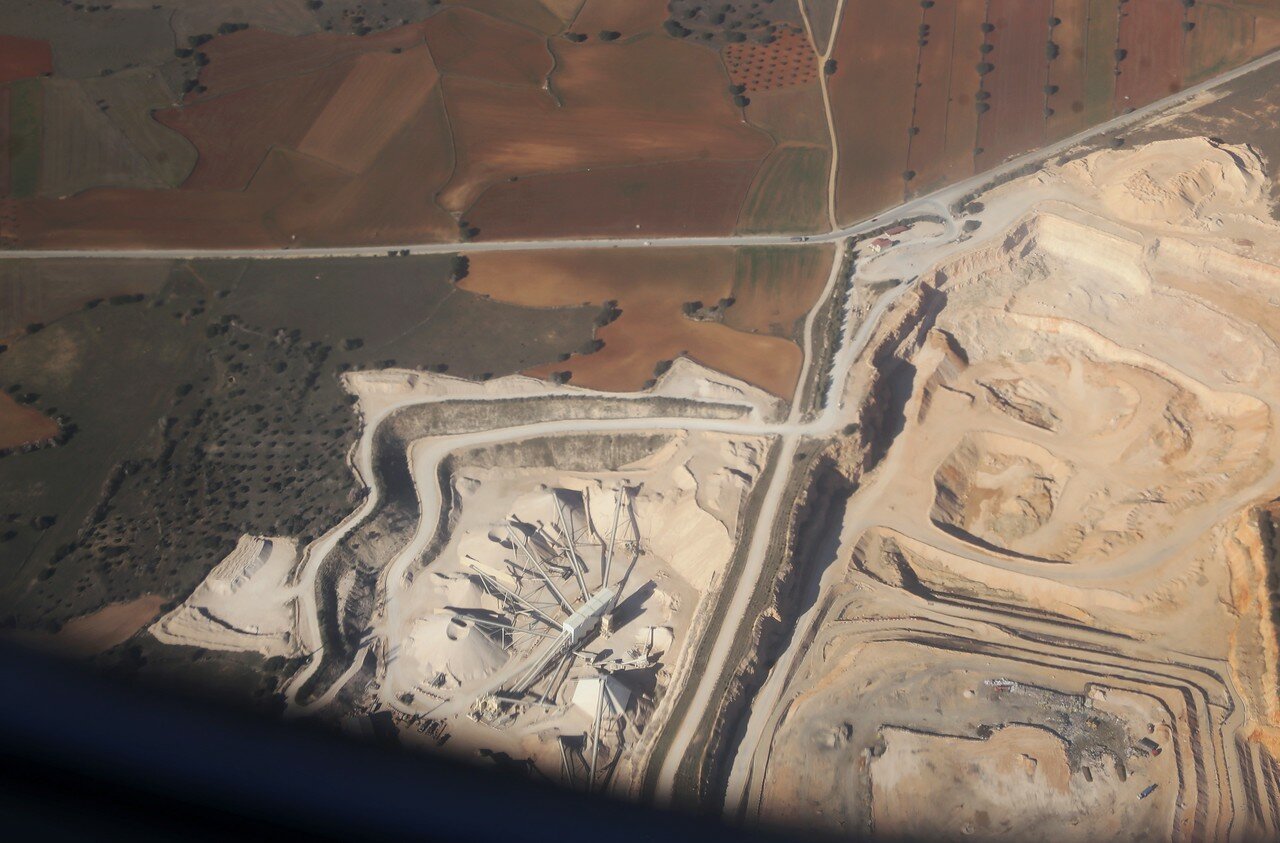 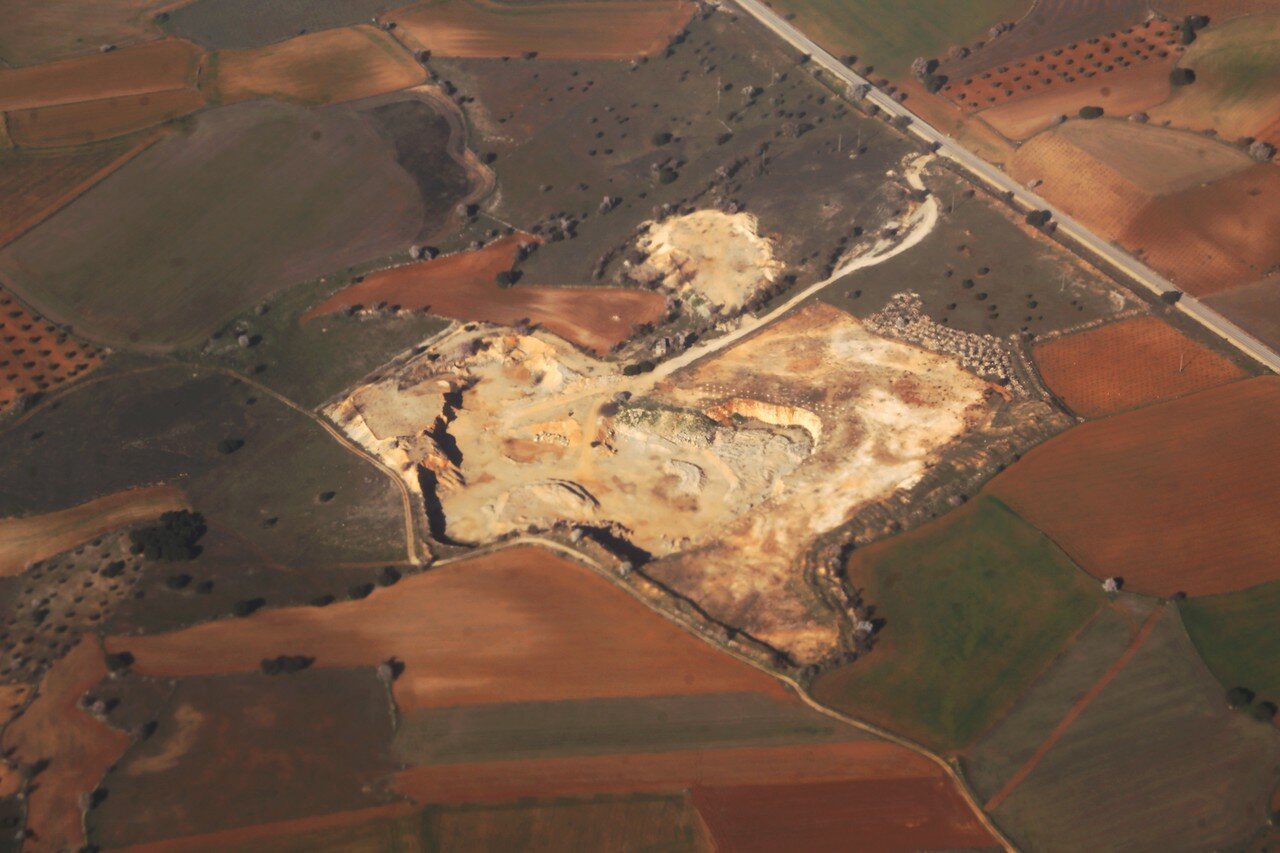 Enterprises of the construction industry are combined with neat modern towns ("urbanization" according to local terminology) are built up in rows of low-rise buildings, townhouses. 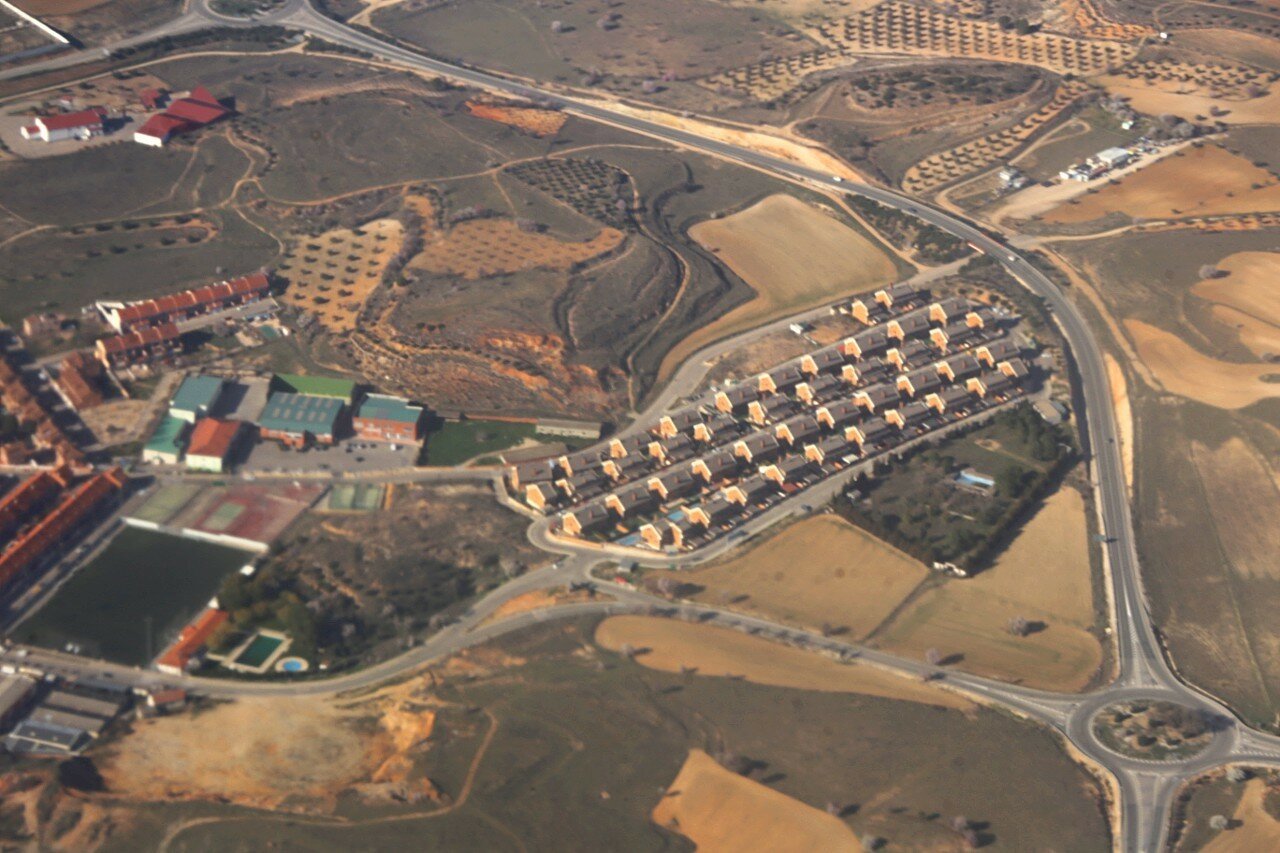 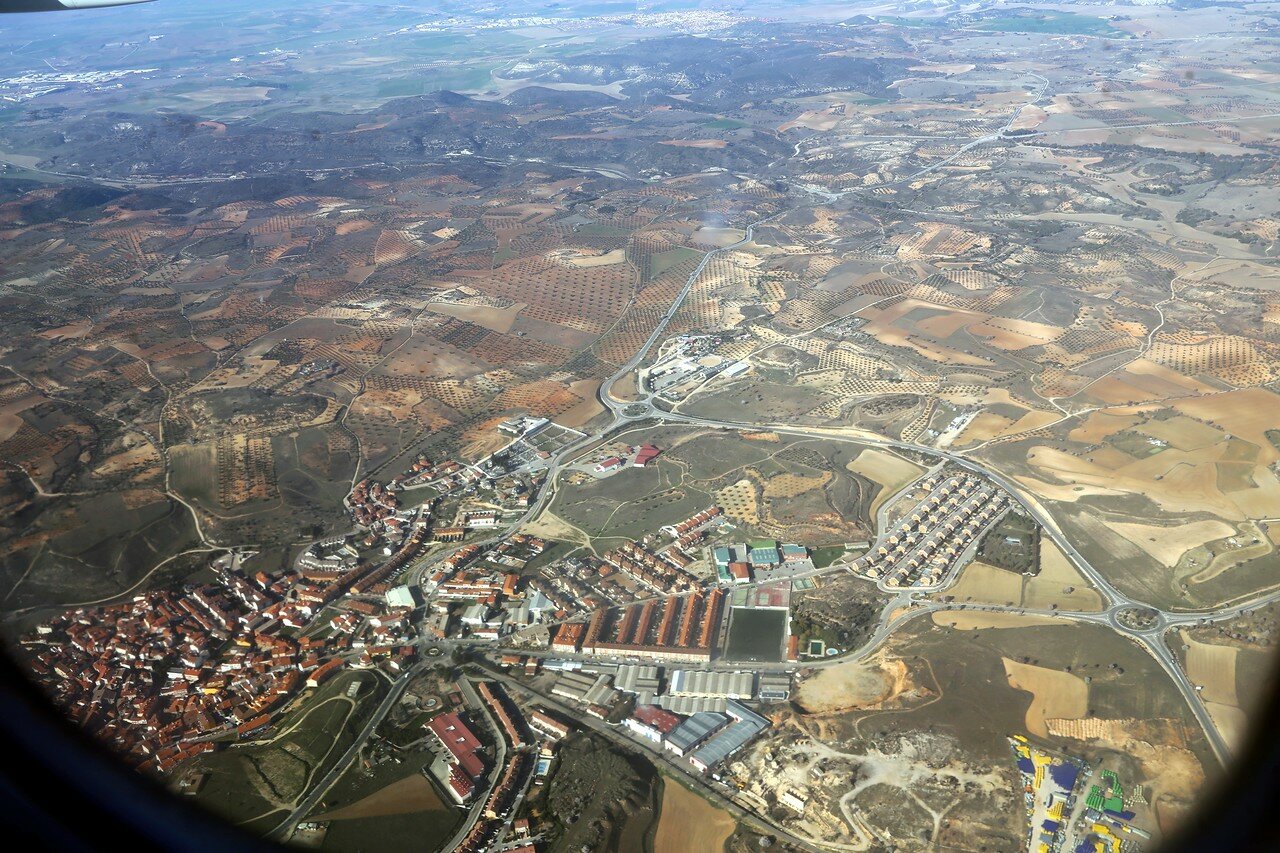 The old town of Campo real (Royal field). In the center, you can see the Church of St. Mary of Castile, built by the Templar order. The settlement is more than a thousand years old, and it is famous for its unique goat cheese. 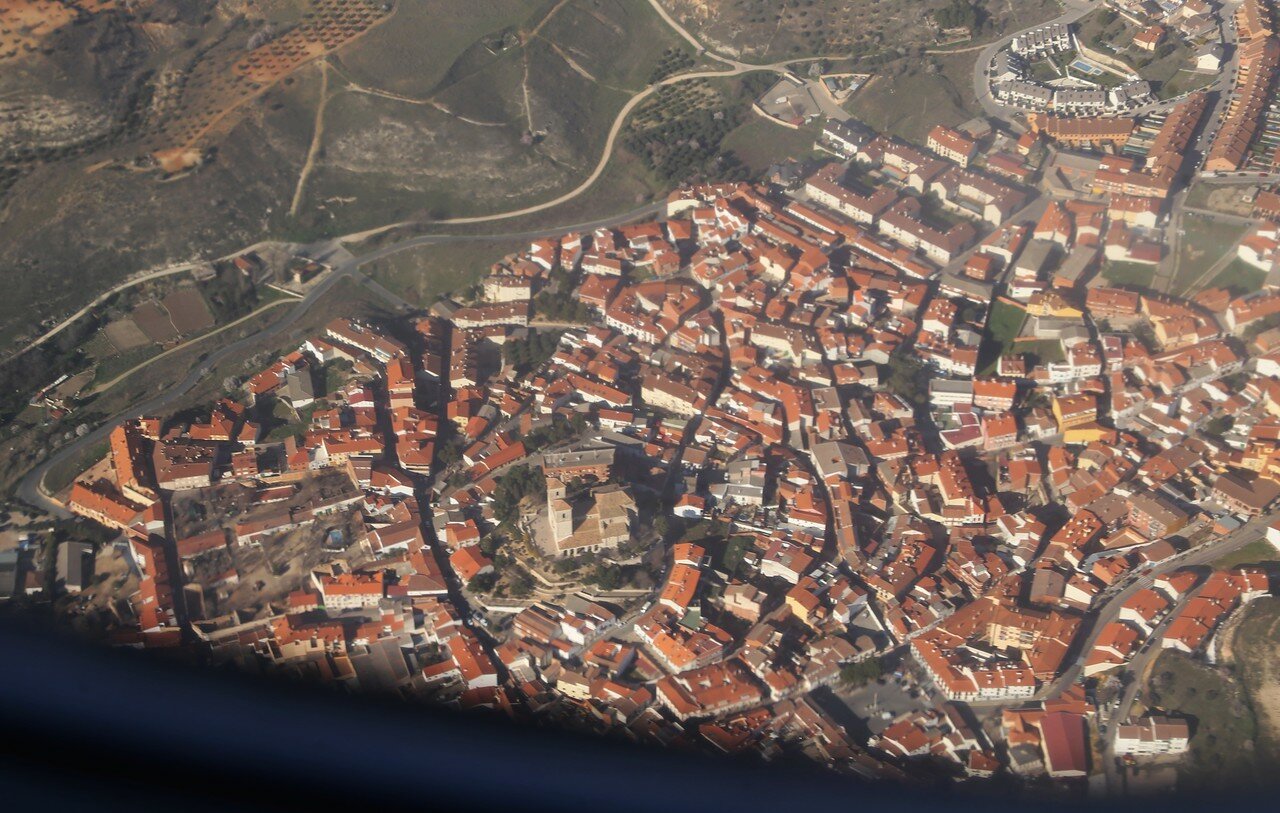 The plane makes a right turn, heading towards Barajas airport. 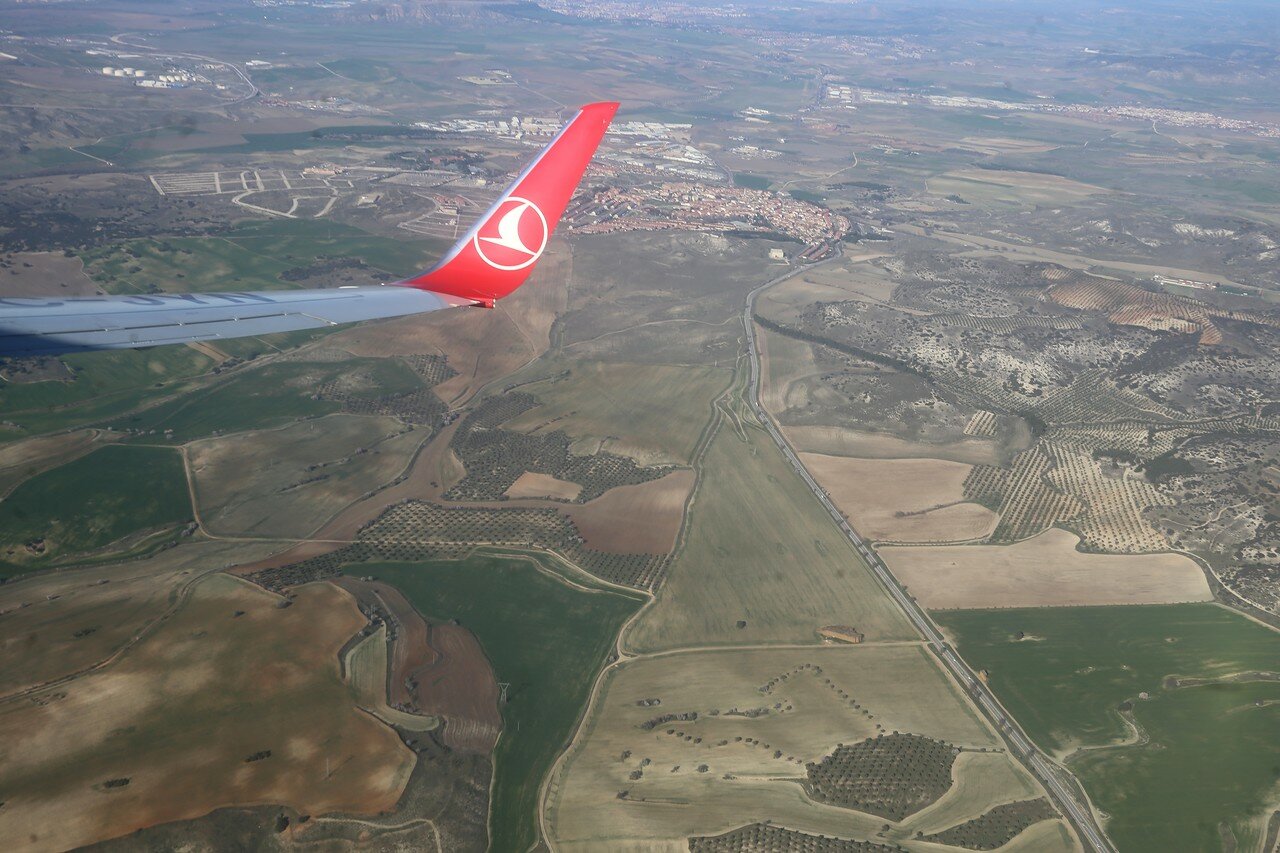 Under the wing - endless fields and gardens. Let me remind you that it is the first day of spring, so many fields are still standing bare. 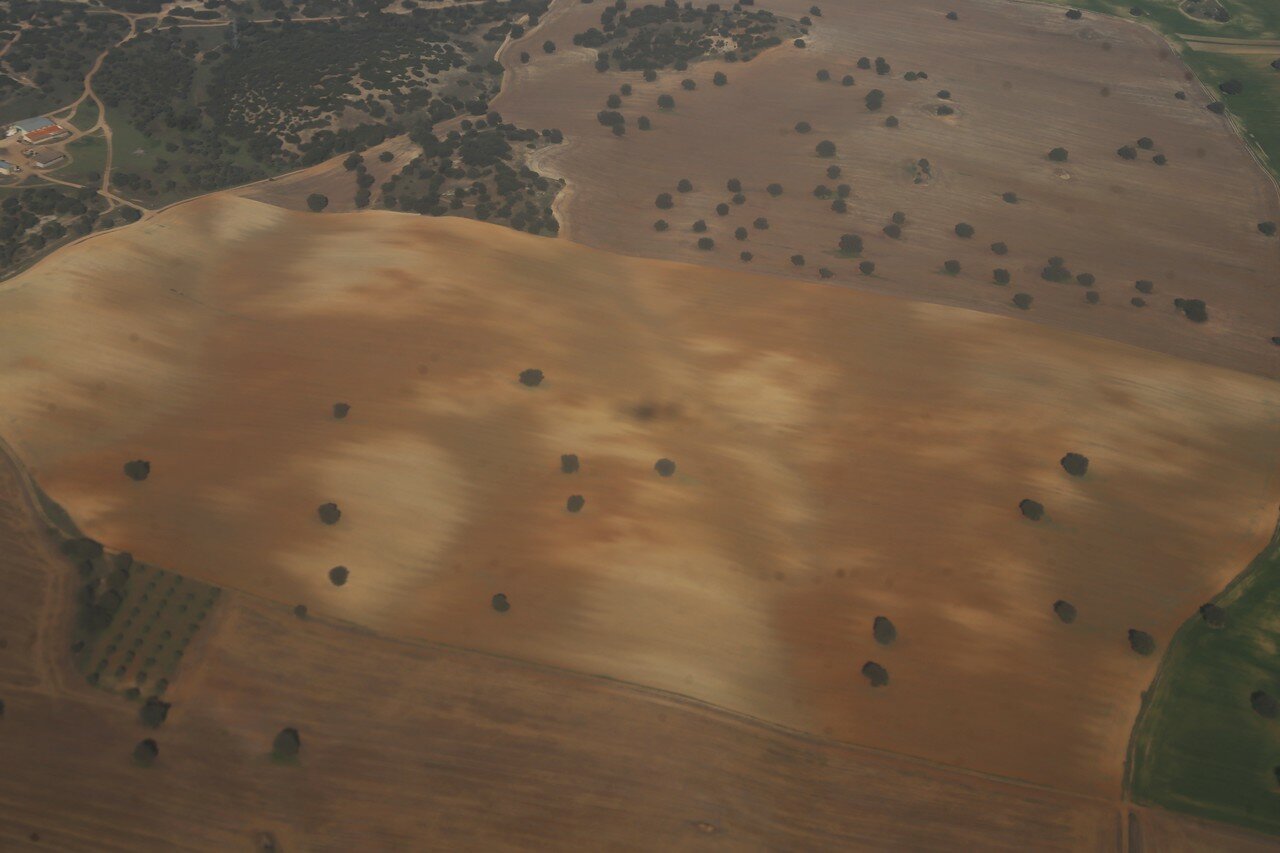 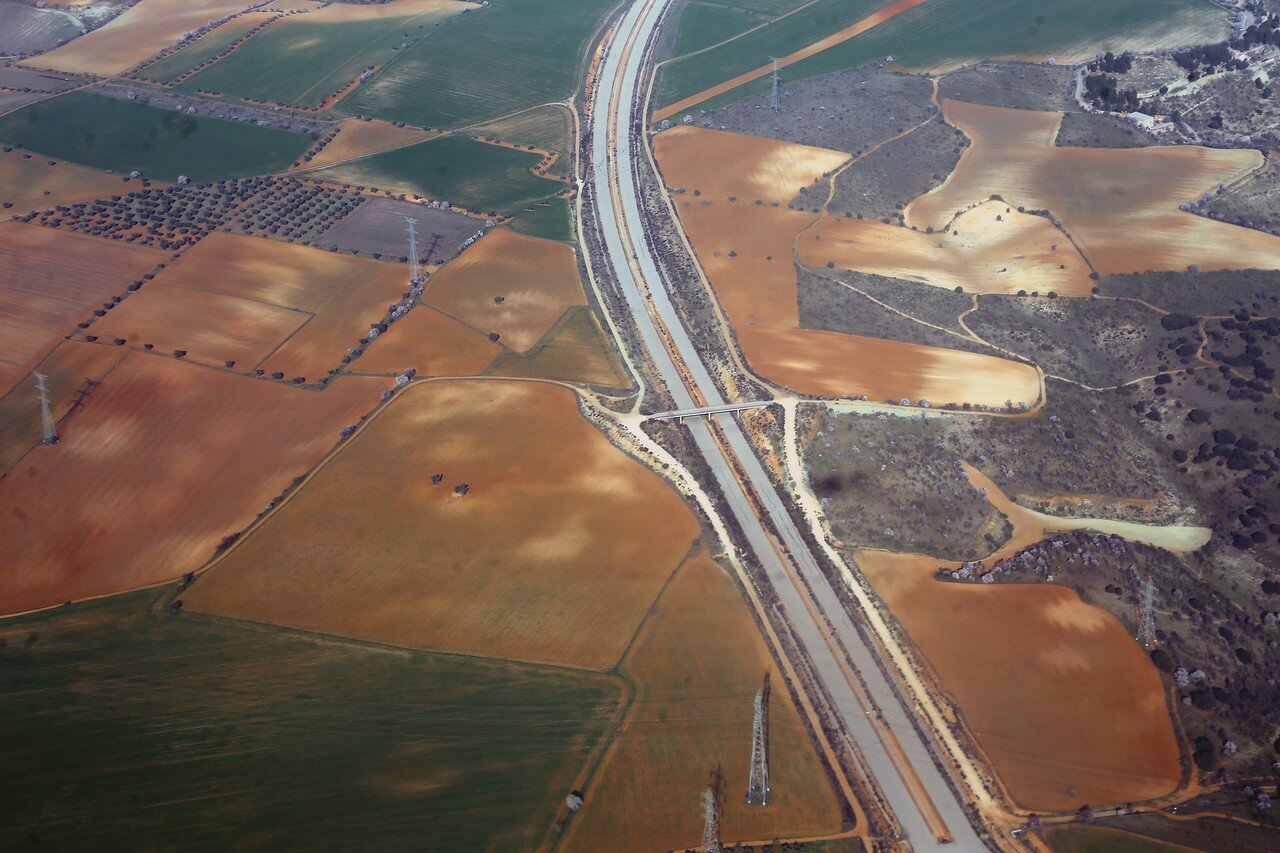 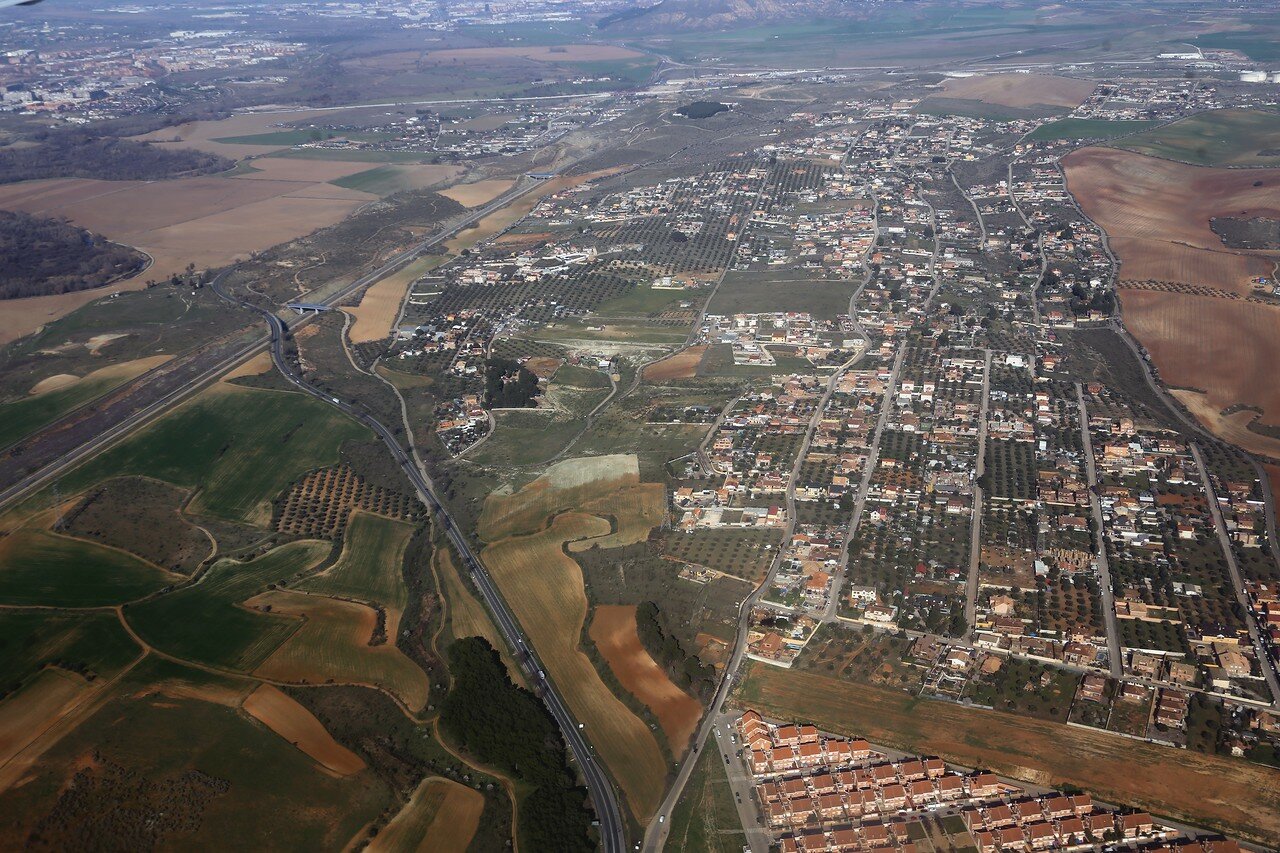 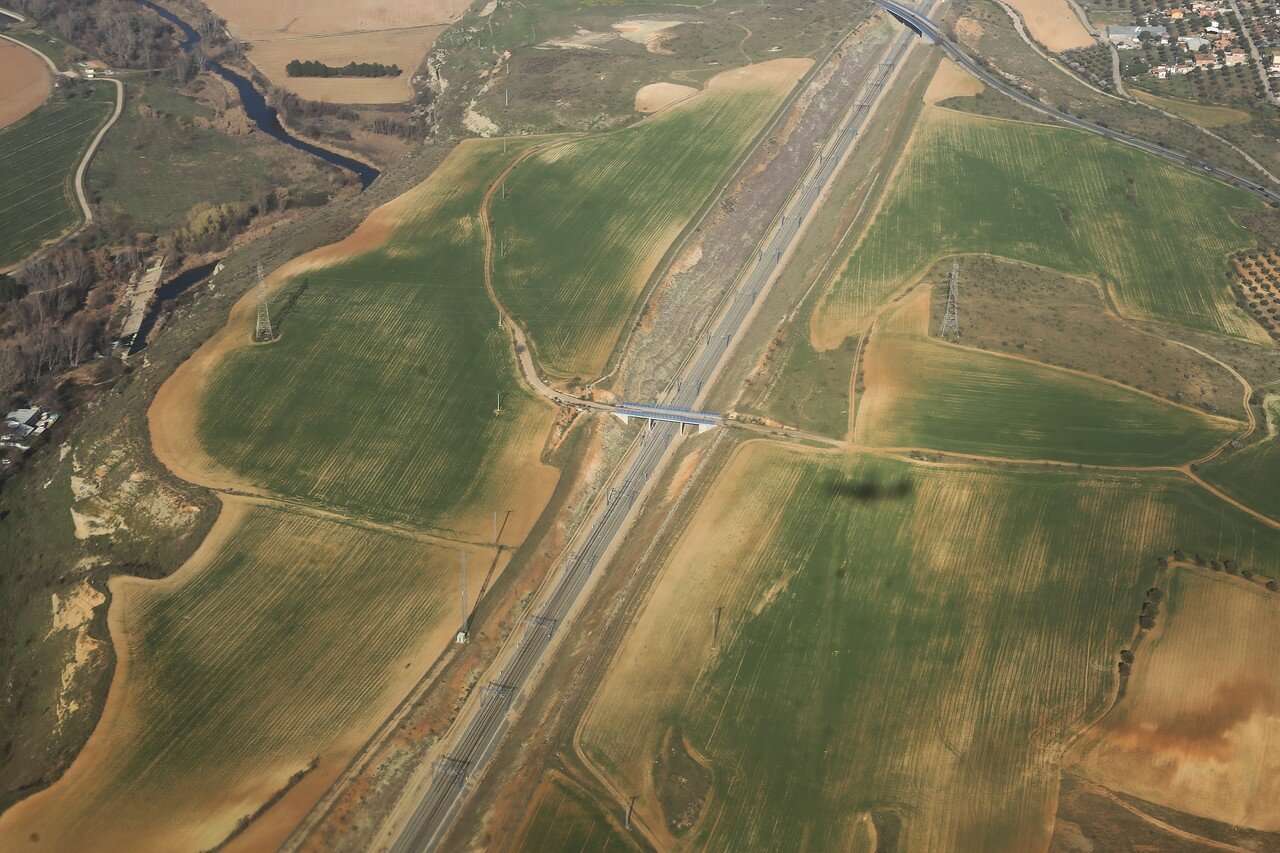 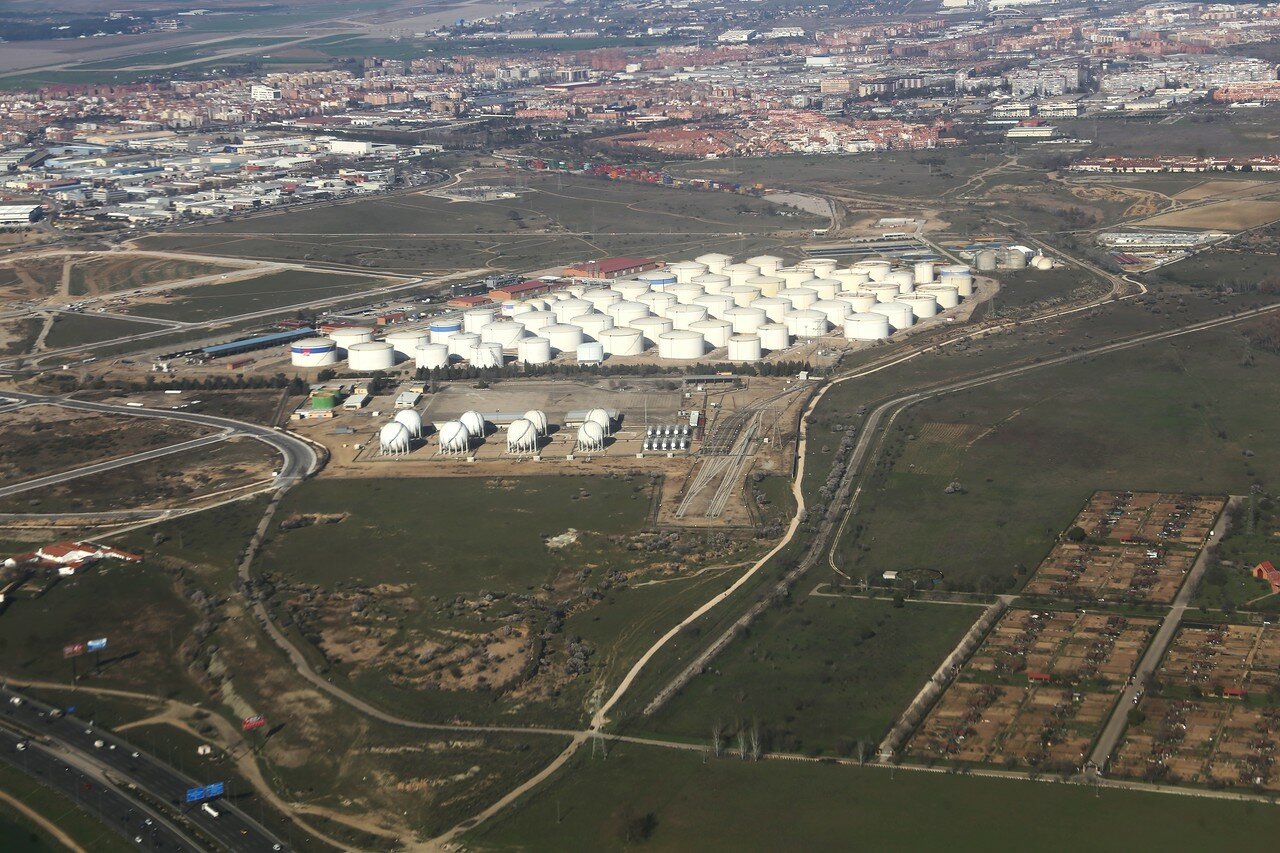 Our plane entered the glide path. 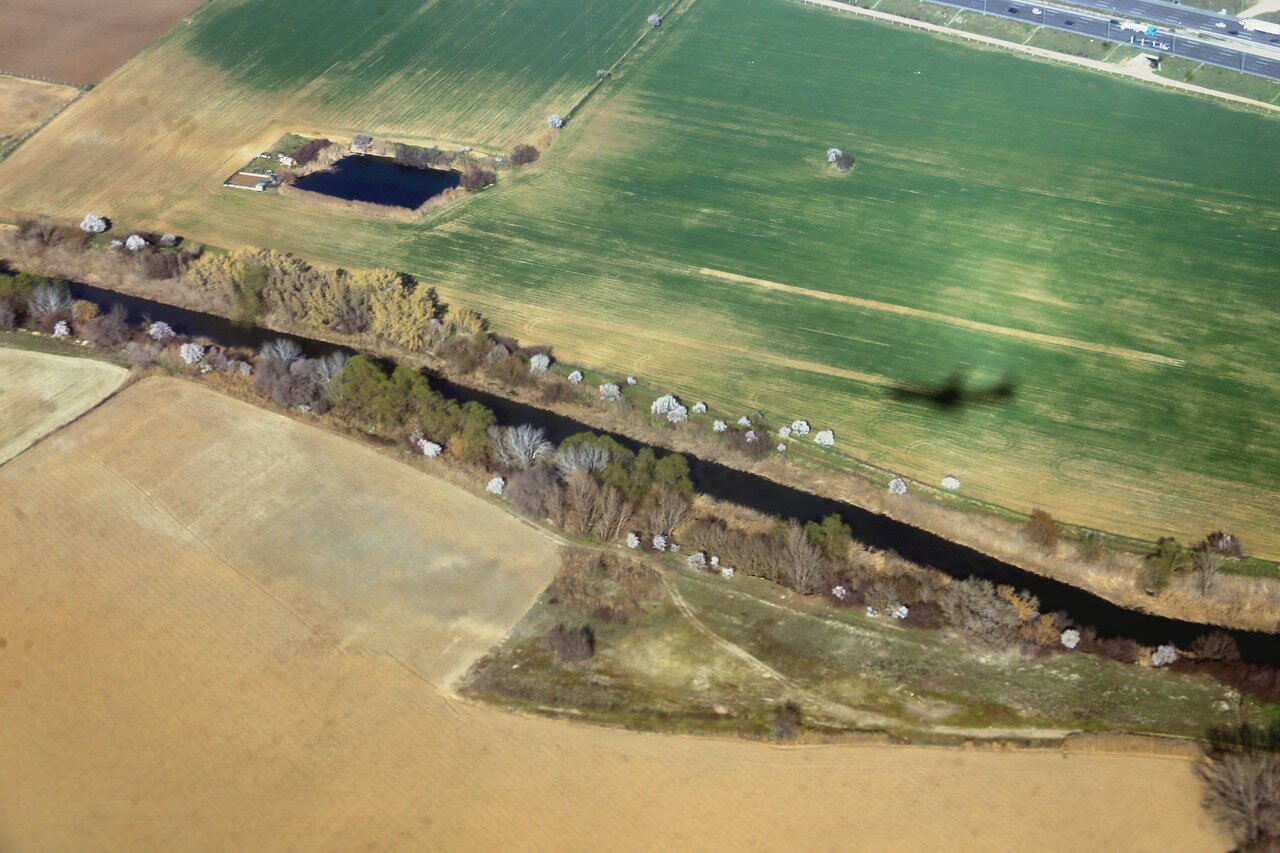 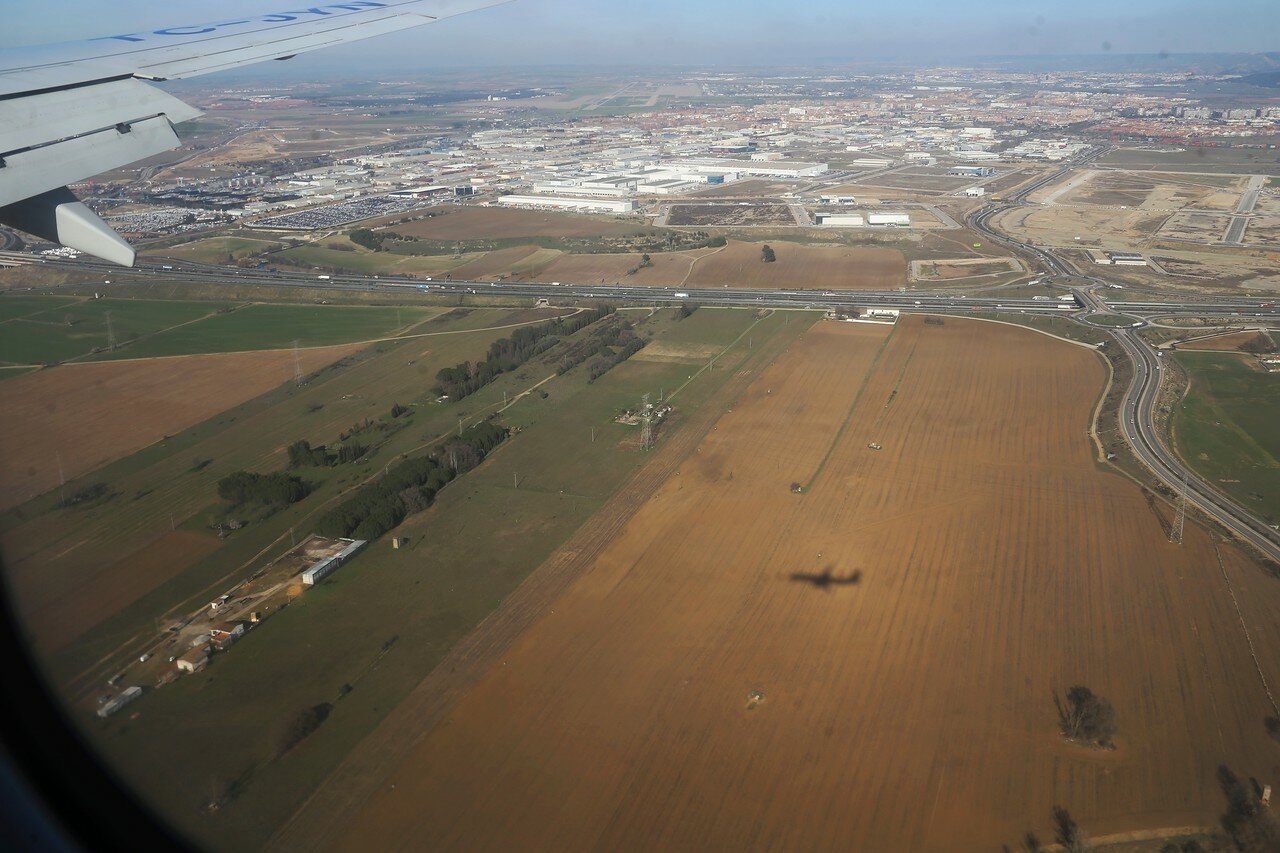 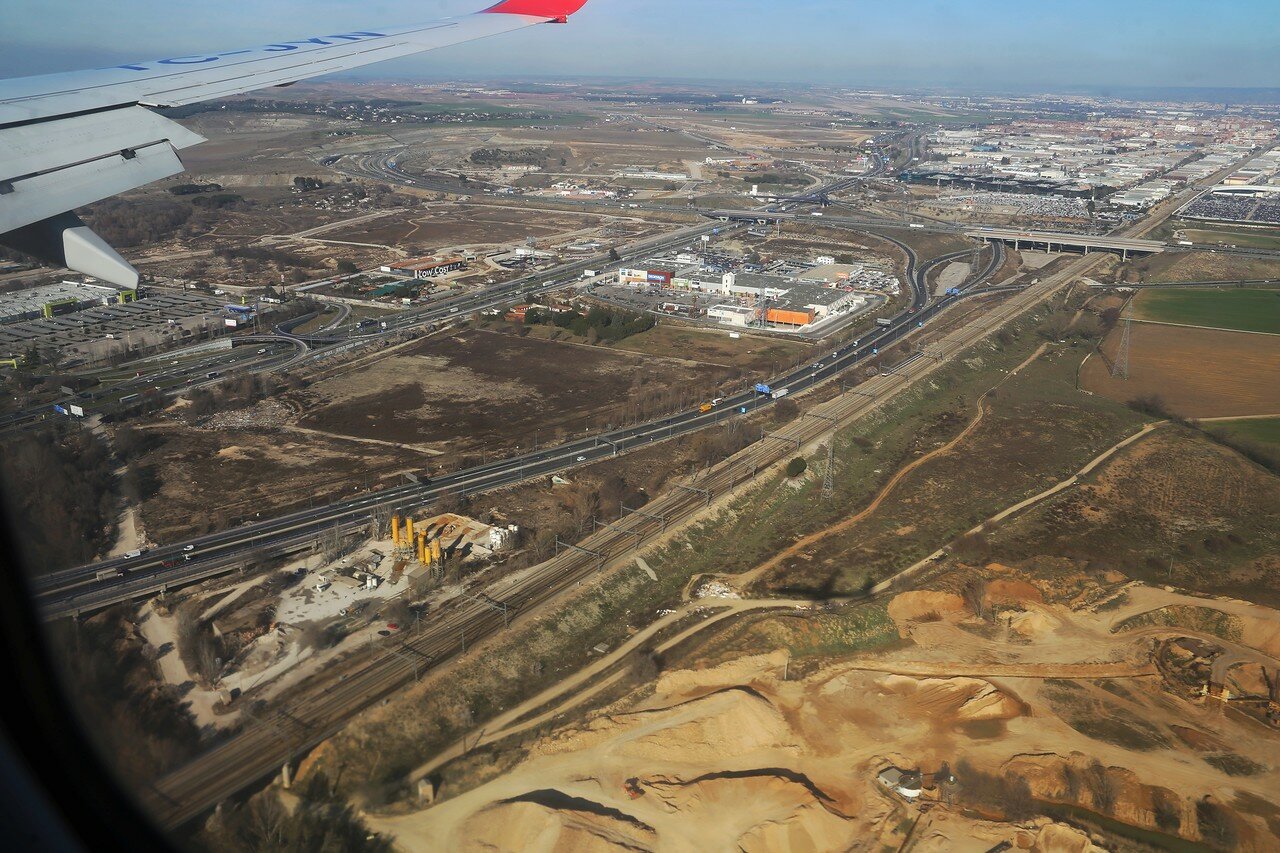 Barajas airport wastewater treatment plant. Here all that passengers left in the toilets of planes during the flight is cleaned. 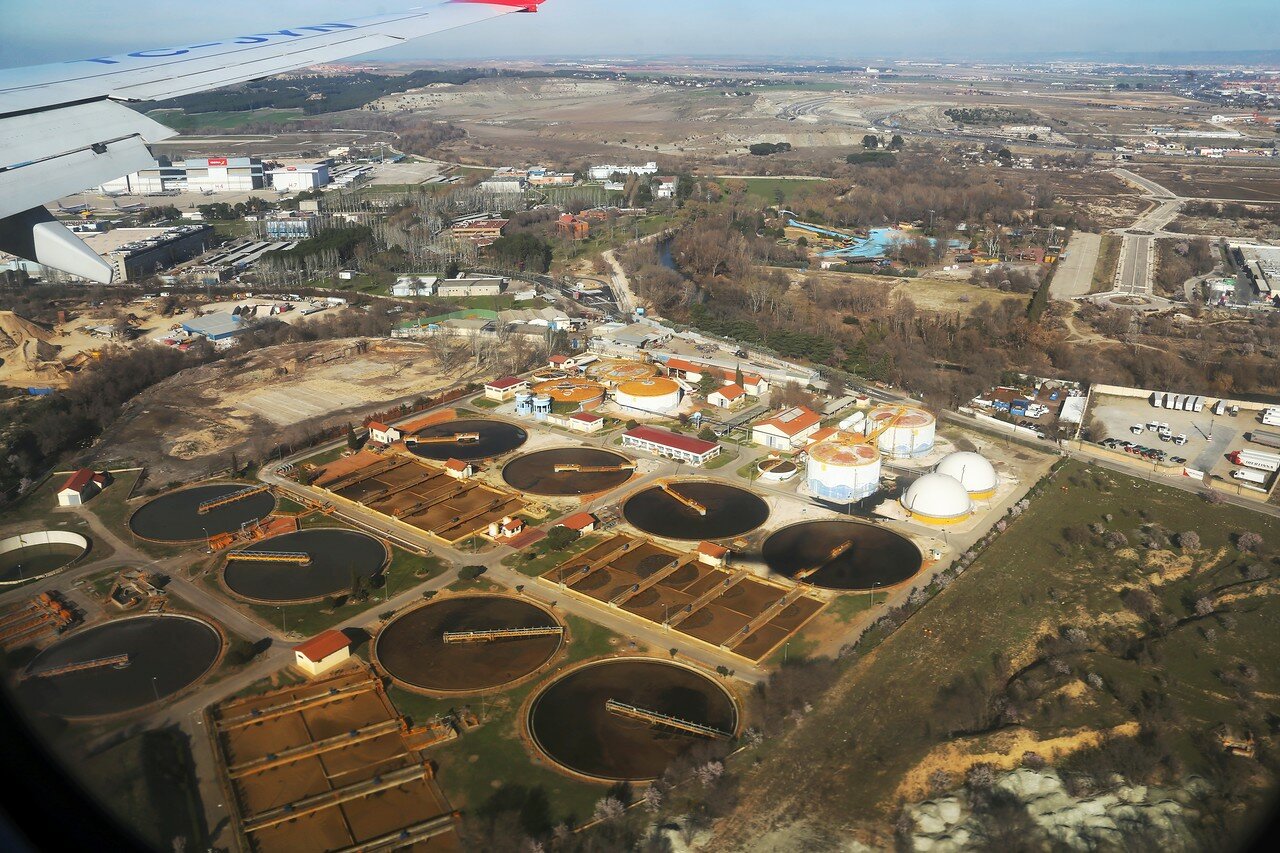 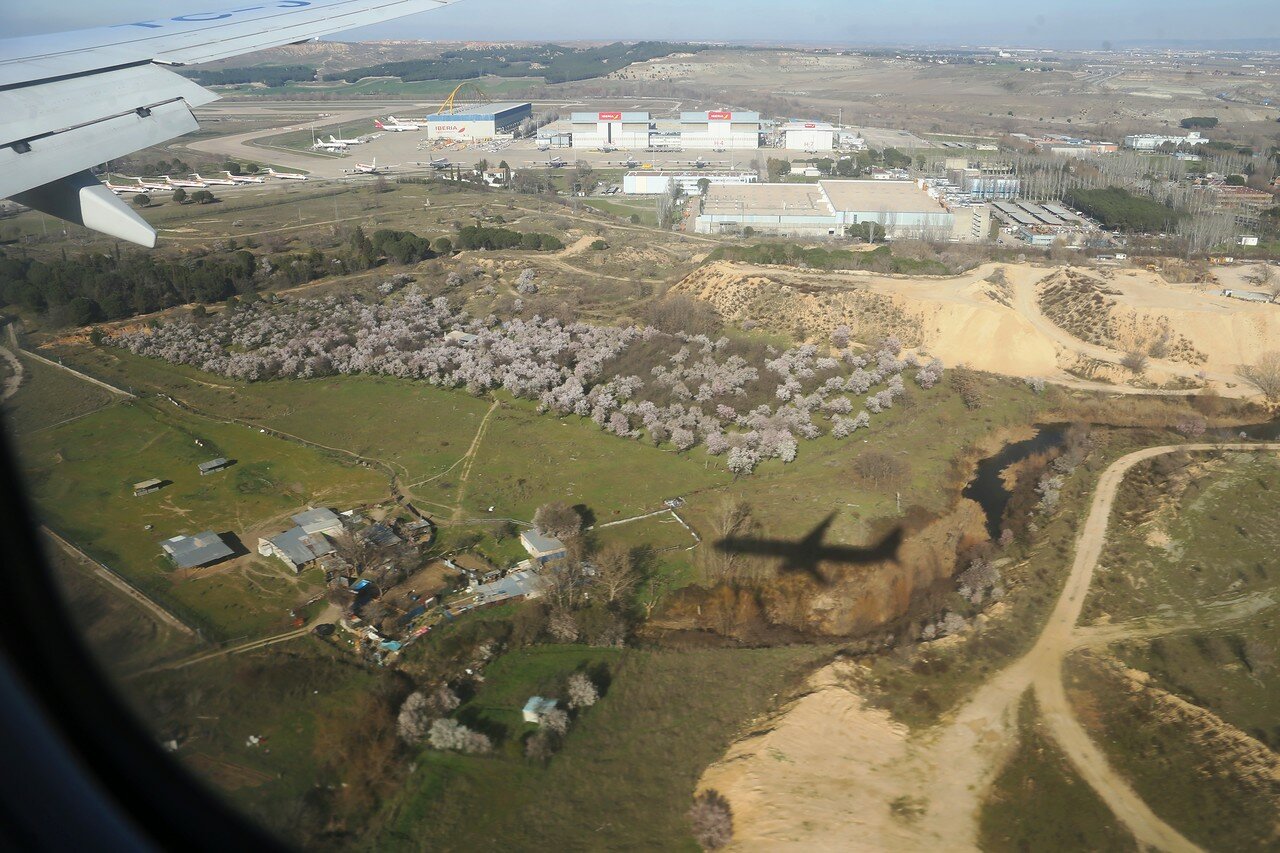 To the right of the course is the Parking lot of cargo planes of the DHL transport company.

We passed the end of the strip. 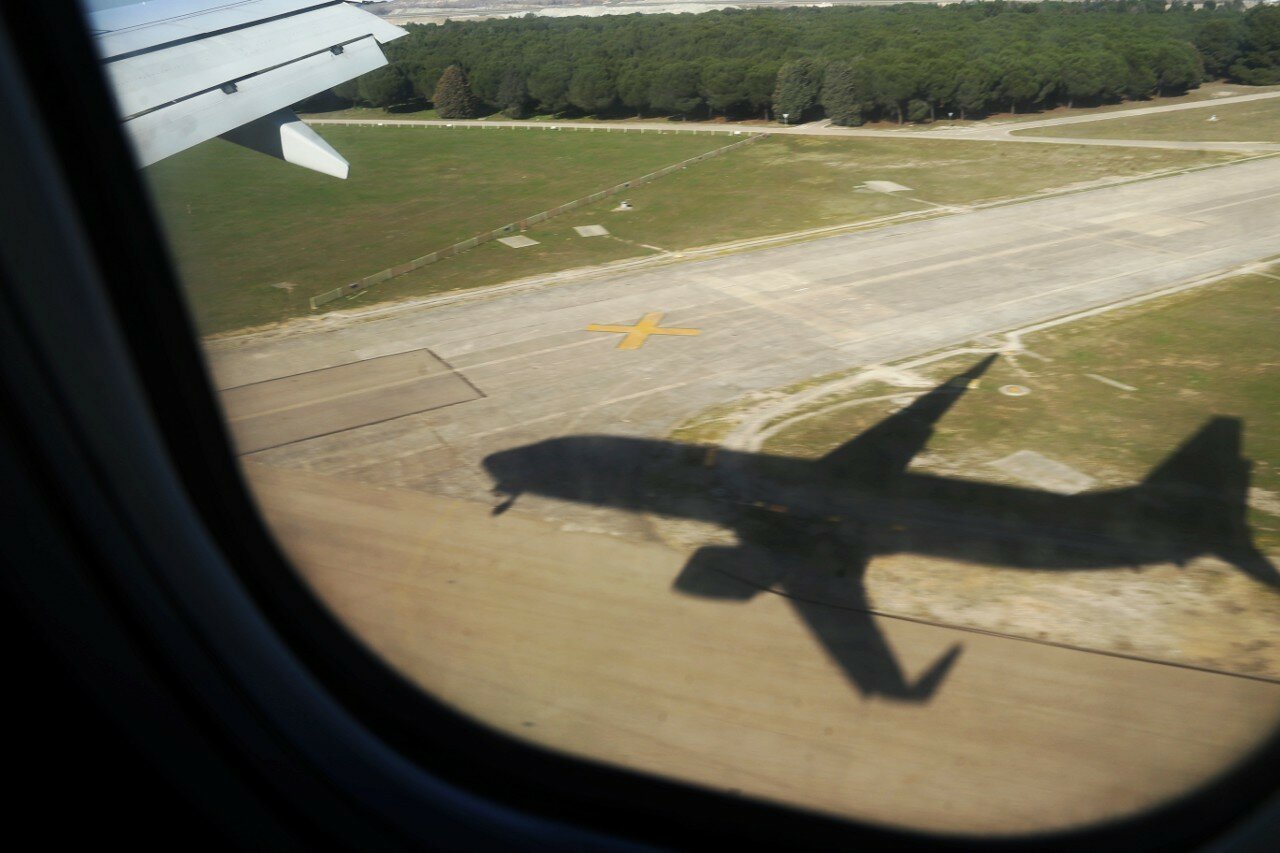 Finally, the wheels of the landing gear rolled on Spanish soil. 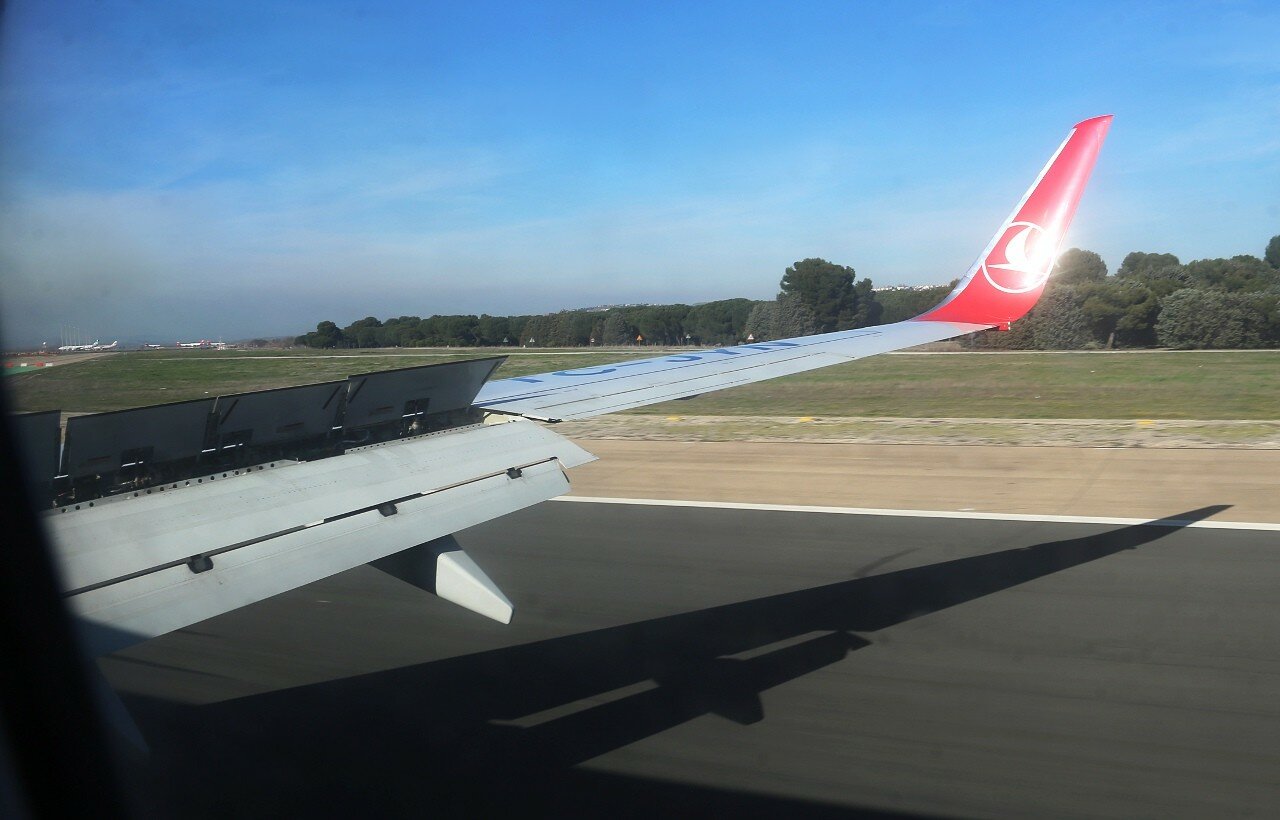 The Boeing 787 Dreamliner of Air Europa. 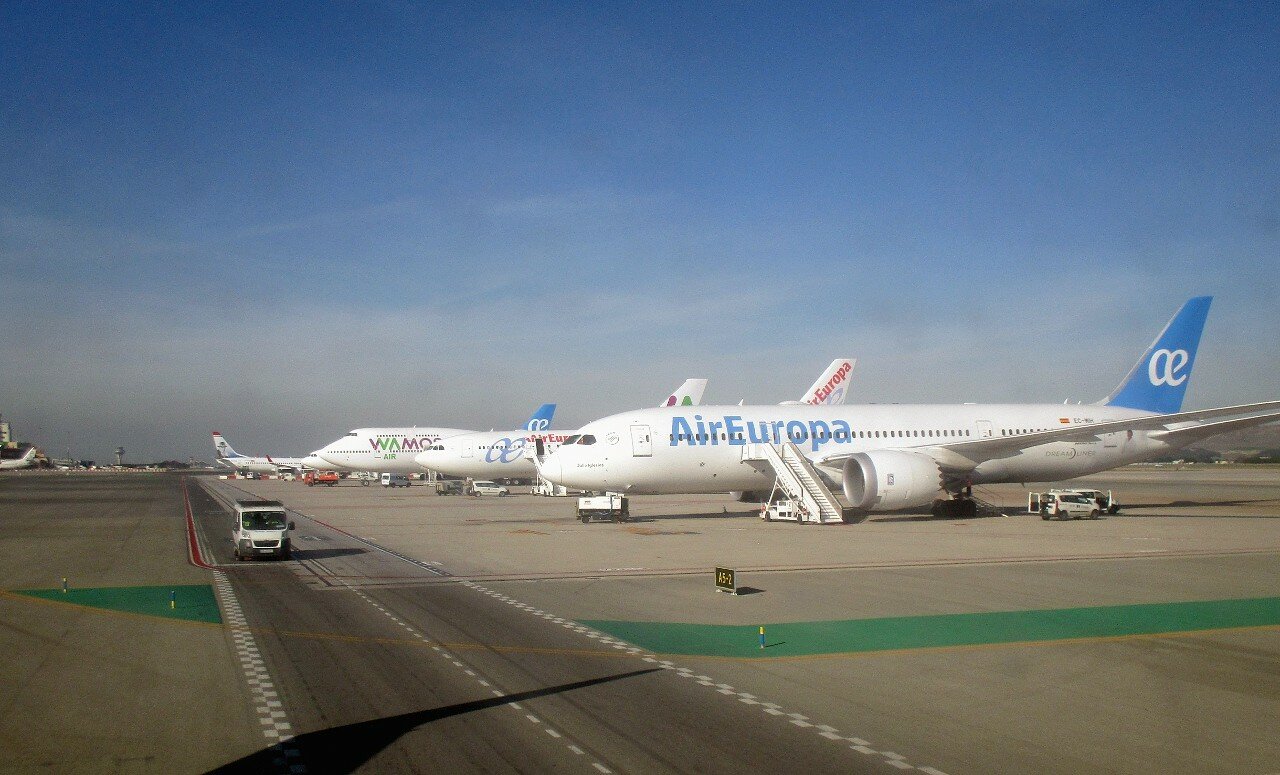 A distinctive feature of these aircraft is the serrated rear edge of the engine nacelles. This design, together with other solutions, has reduced the noise level by 60%. 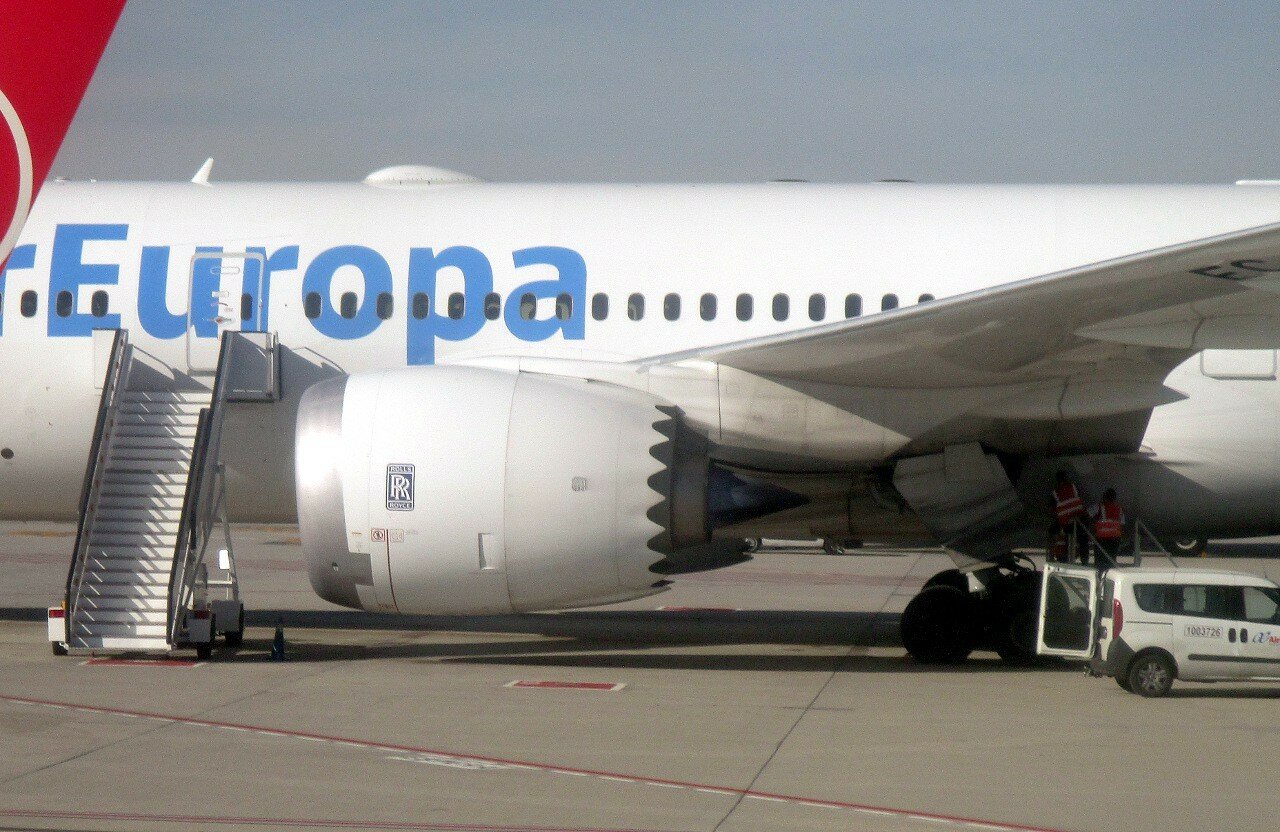 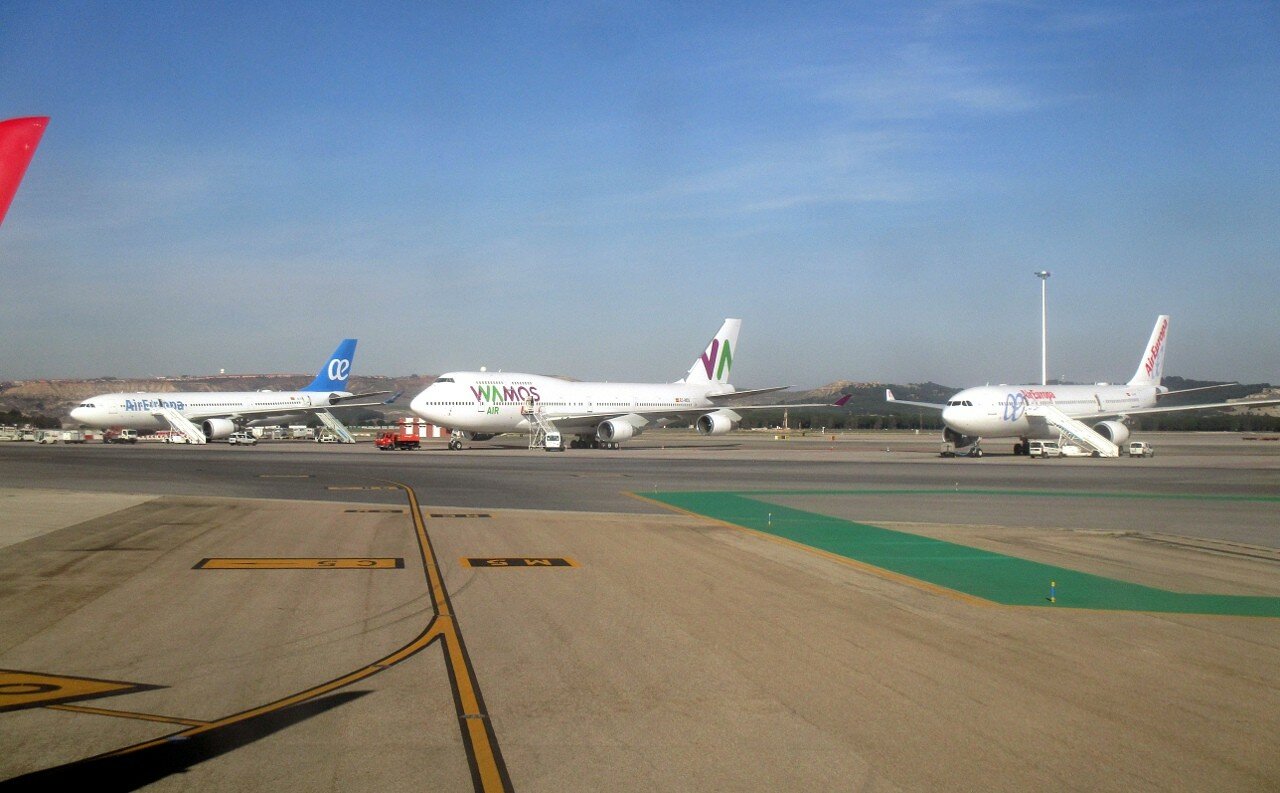 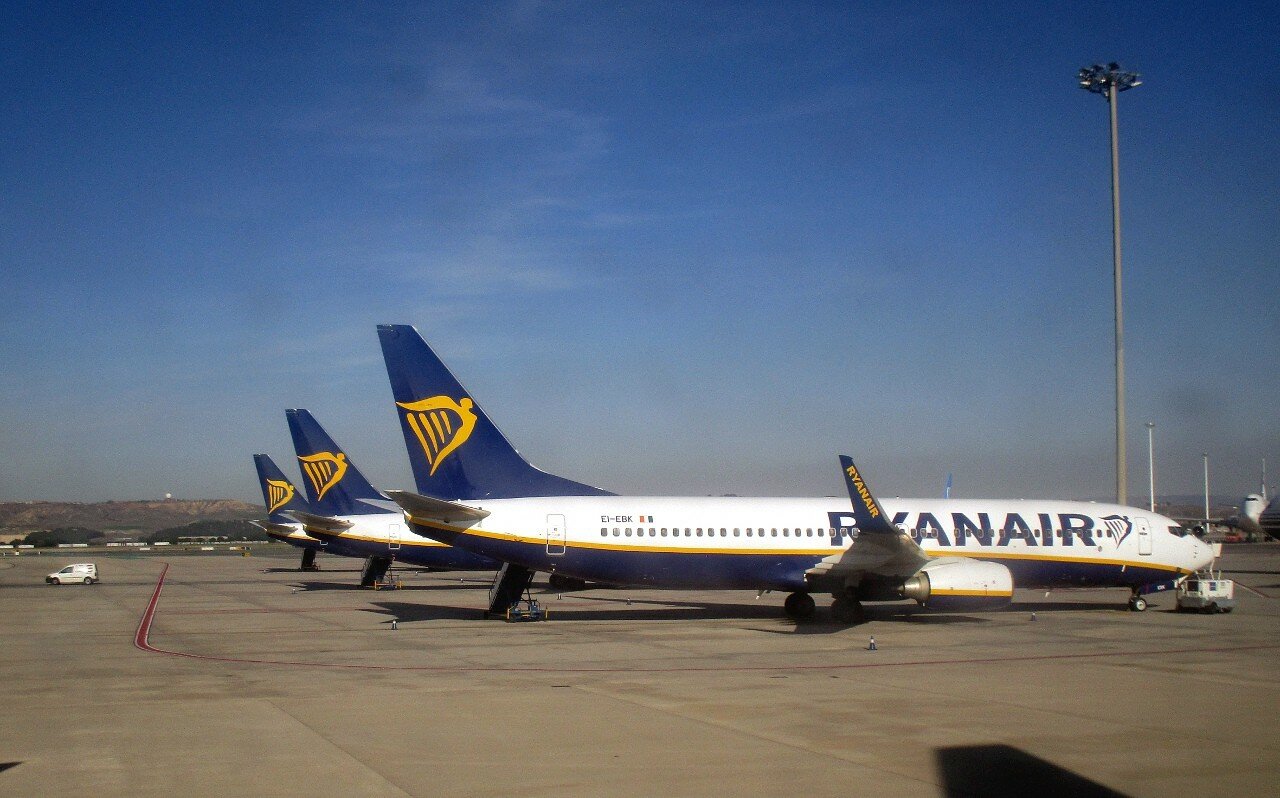 As soon as the turbines stopped, the plane is already being prepared for the return flight - the first sewage truck rolled up. 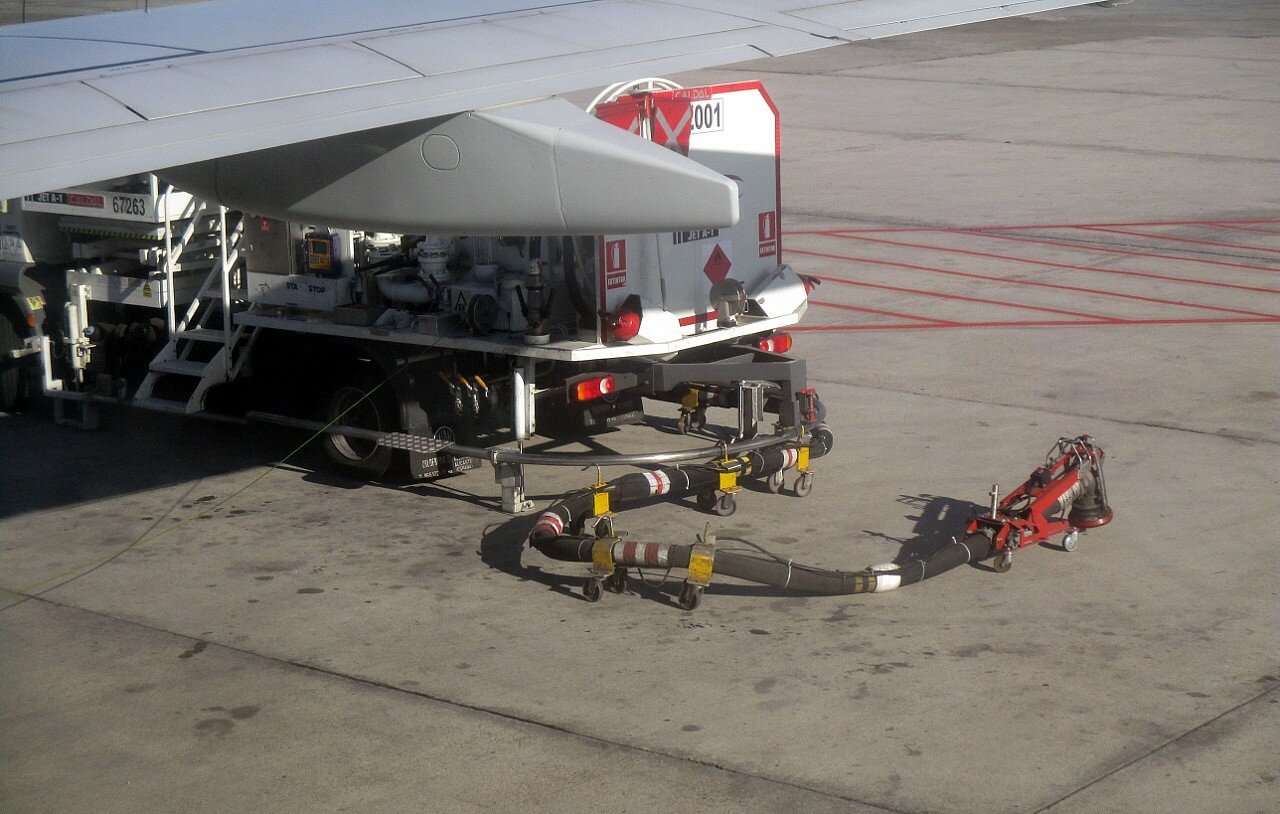