Hamburger Flugzeugbau was formed in 1933 as the aircraft division of the Blohm & Voss concern. The company was located in Hamburg, as the name suggests, and produced mainly seaplanes for marine reconnaissance and anti-submarine warfare. After the defeat of Germany, the production of aircraft on its territory was banned, the company stopped working and its engineers as a result of operation Paperclip ended up in the United States, where they worked in the rocket and space project under the leadership of Von Braun. In 1955, Germany received the right to build civil aircraft and the Hamburger Flugzeugbau brand was revived as an independent manufacturer. Initially, the company worked as part of the consortium for the production of transport aircraft Nord Noratlas, then took part in the production of licensed interceptors Lockheed F-104G Starfighter and military transport aircraft Transall C-160. The company's engineers were also engaged in their own developments, but for various reasons, these projects did not find customers. HFB-320 Hansa Jet - the only aircraft of its own design, produced by the company. 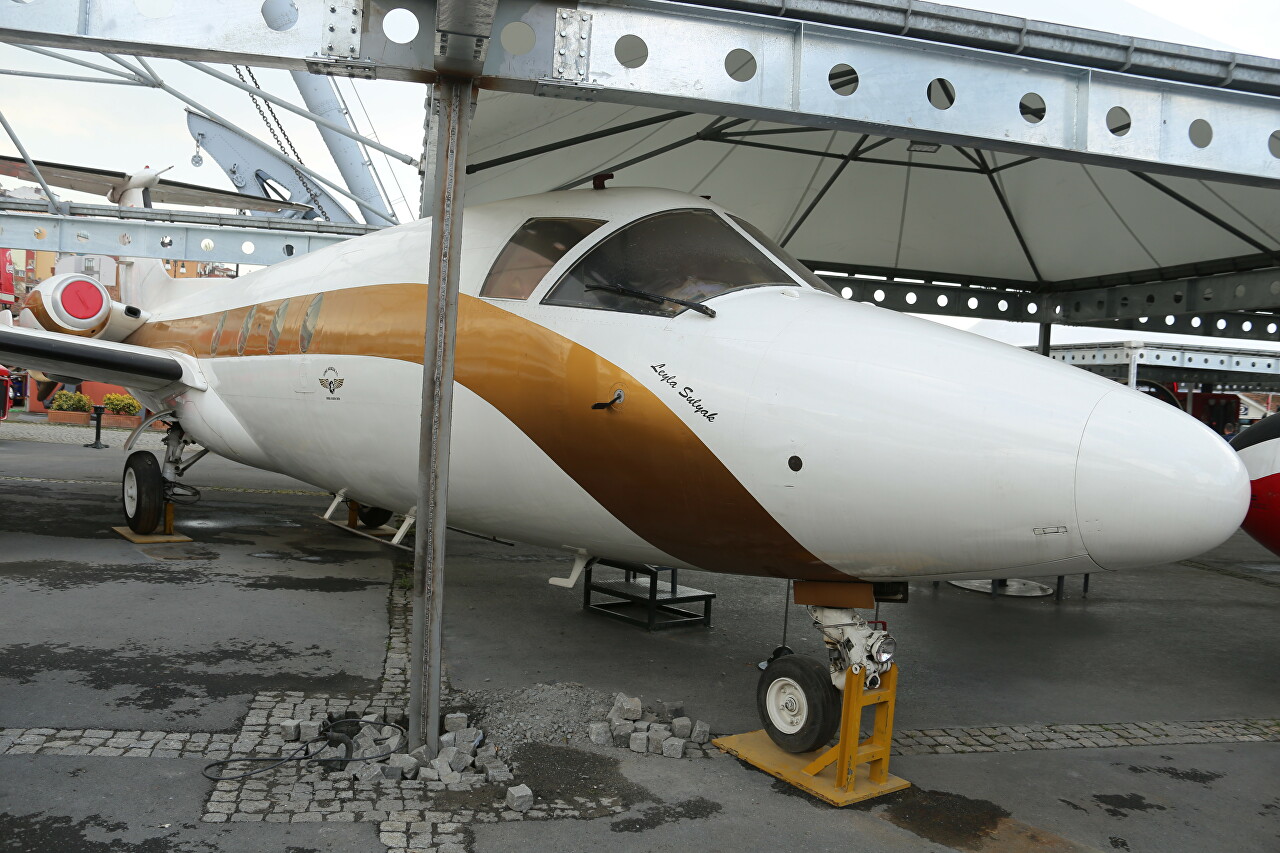 Design of the aircraft began in 1960, the first flight was performed in April 1964, and two years later, and in early February 1966, the first production copy began to fly. The aircraft was produced until 1983, a total of 47 units were built. Although the aircraft was developed under contract with the German air force, the first buyers were corporate customers - Italcementy and the Argentine state oil company. California-based Golden West Airlines operated Hansa Jet scheduled flights from Los Angeles to Santa Barbara and Palm springs. Since 1969, the aircraft began to arrive at Luftwaffe in VIP version, and in 1976 the air force ordered 8 more aircraft as carriers of electronic warfare equipment. In this capacity, the HFB 320 served until 1994. During operation, there were 9 accidents, 6 of them with the death of people, but only in one accident the material part was the cause of the disaster, in other cases there were pilot errors. However, the aircraft was too expensive to operate, so there were no more customers. Despite not a very successful career, the plane went down in history as the only passenger ship with a reverse sweep of the wing (-15 degrees). Due to this, the wing spar passes through the fuselage, providing greater structural strength with less weight. Fuel tanks are placed not in the wing, as usual, but on its tips. This allowed the use of a thin wing profile, which reduced drag, and therefore fuel consumption. 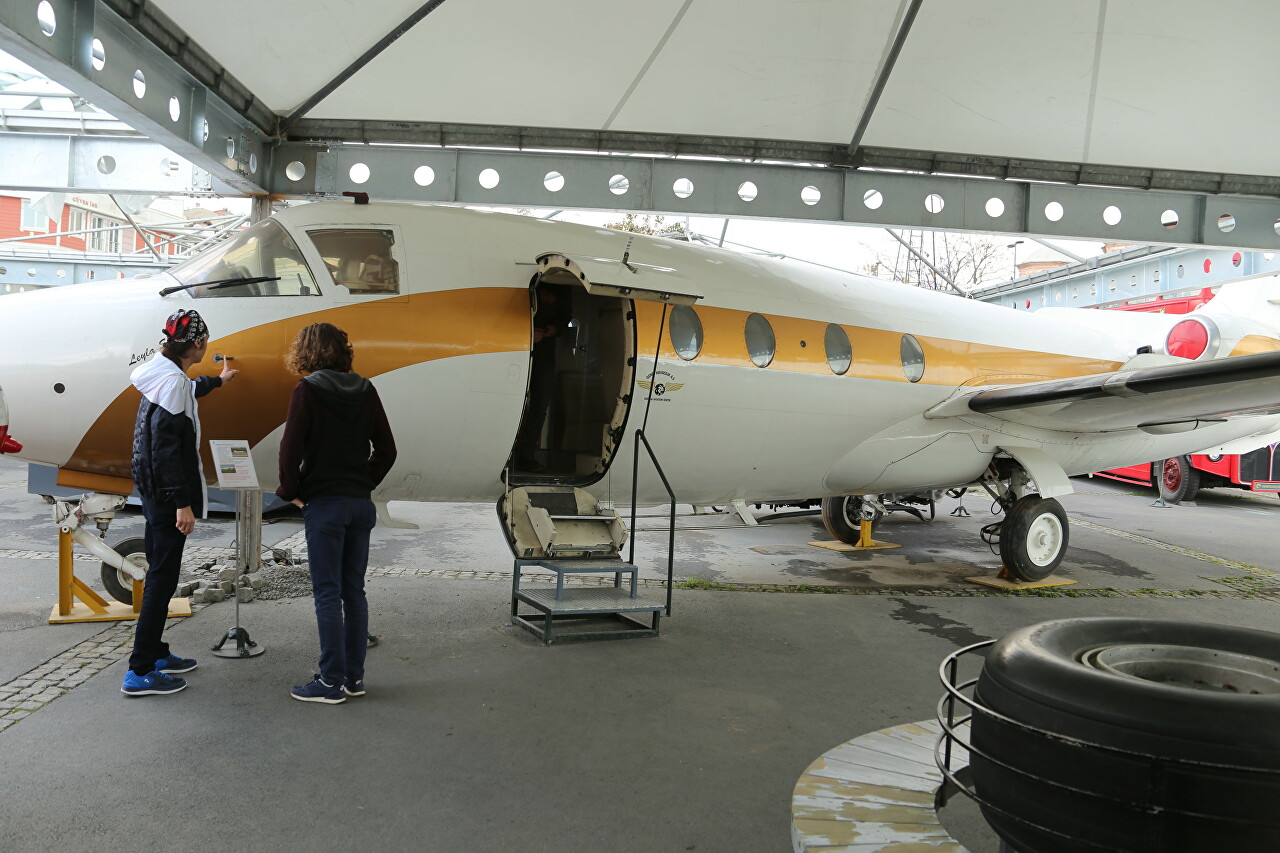 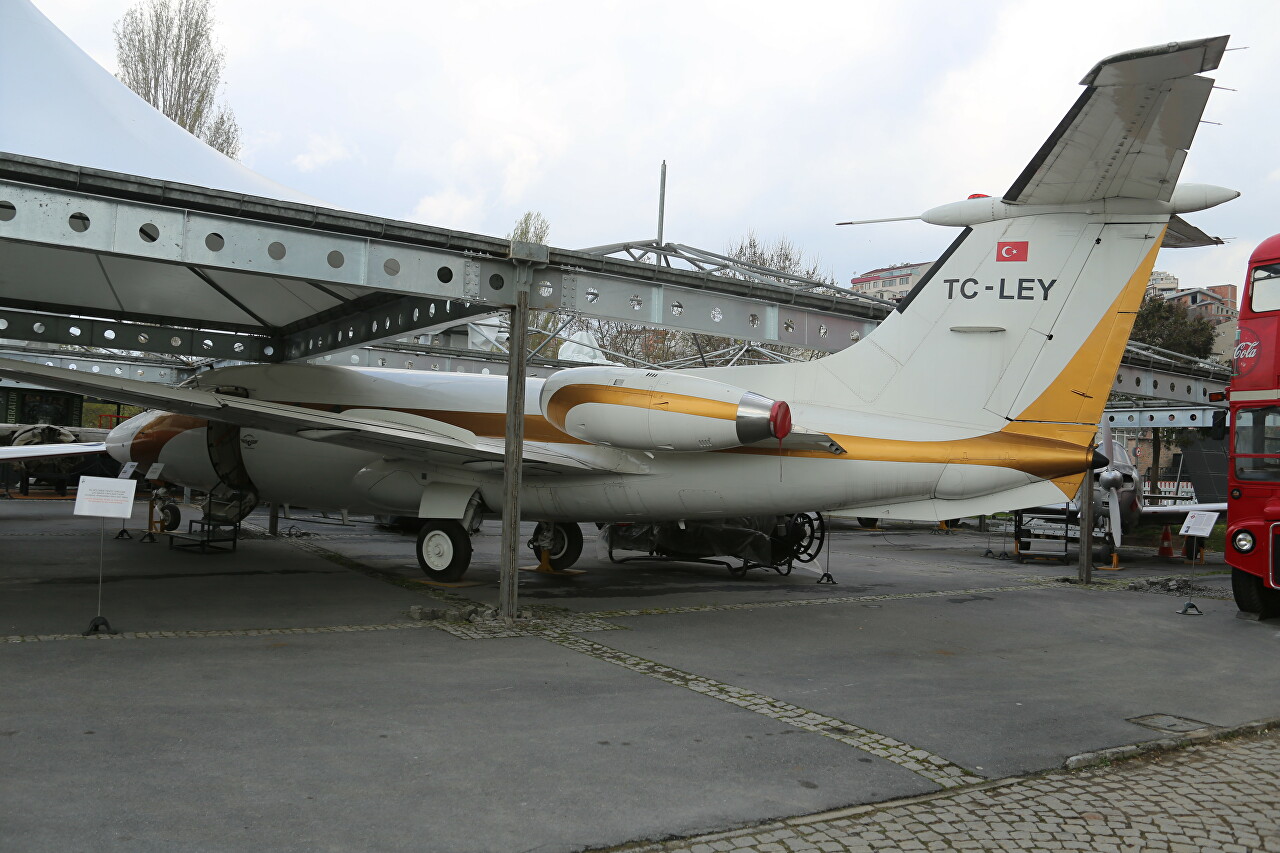 Museum visitors can look inside the plane. 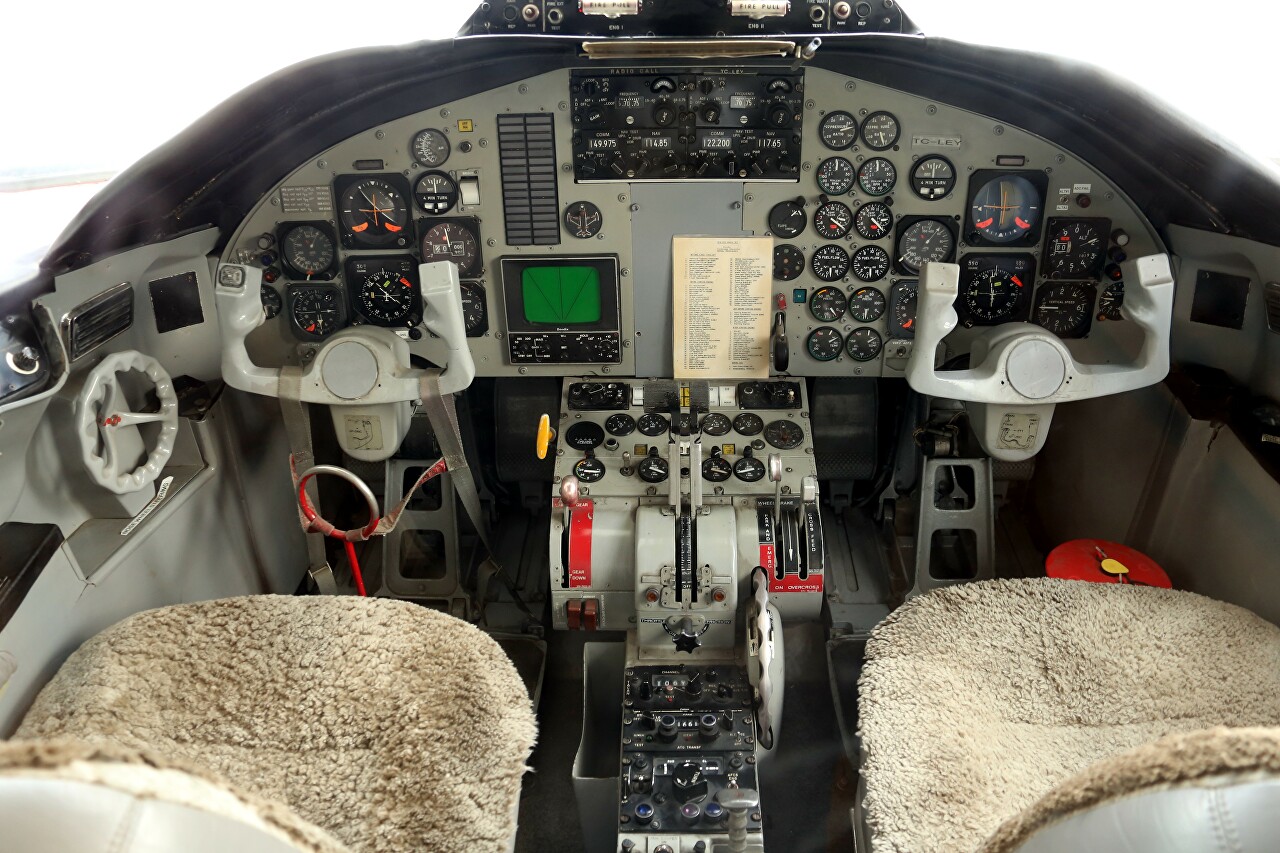 Of course, it is impossible to sit in the pilot's seat, but you can see the cockpit in all its details. 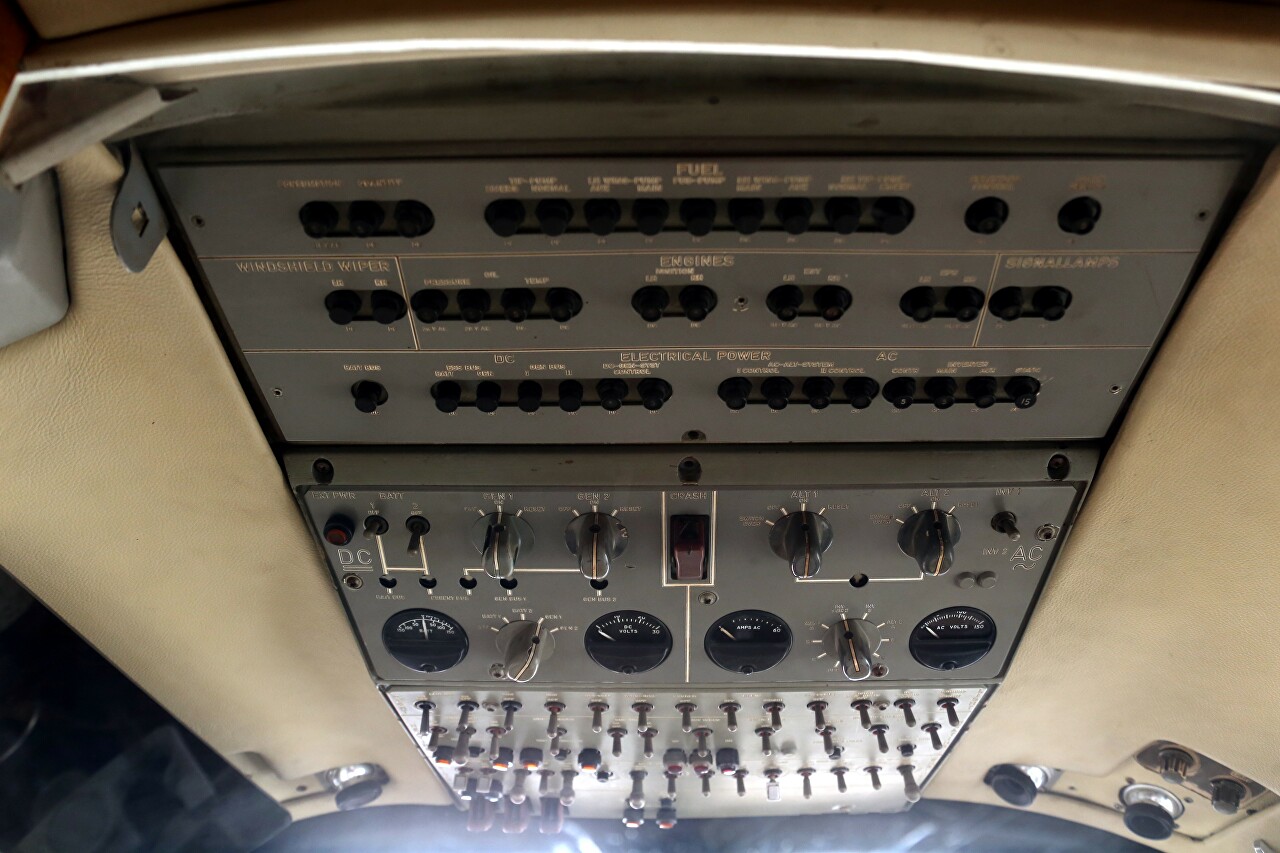 The captain's dashboard is equipped only with the instruments necessary for controlling the aircraft and navigation - air horizon, compass, altitude indicators, horizontal and vertical speed. The radar screen is also located here. 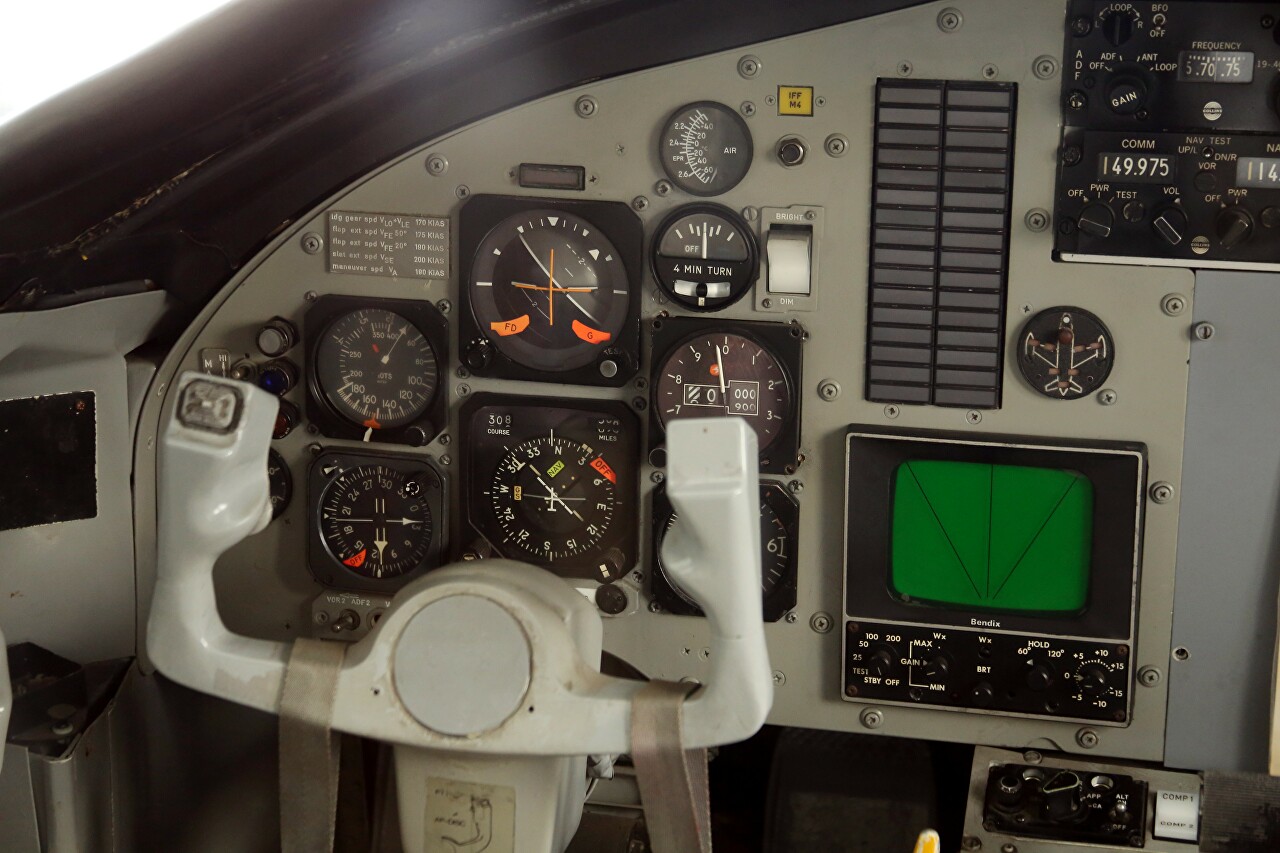 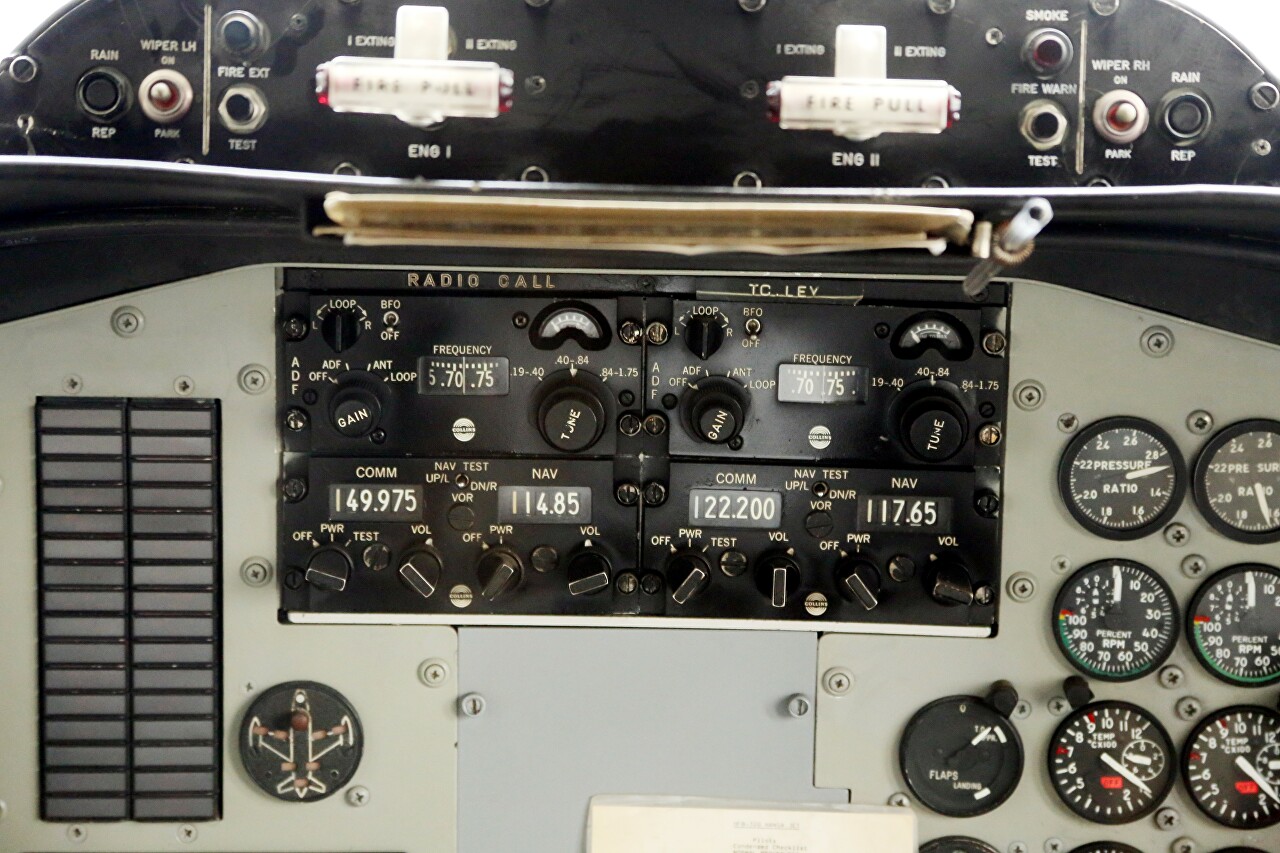 Above them is a control panel for the engine fire extinguishing system. 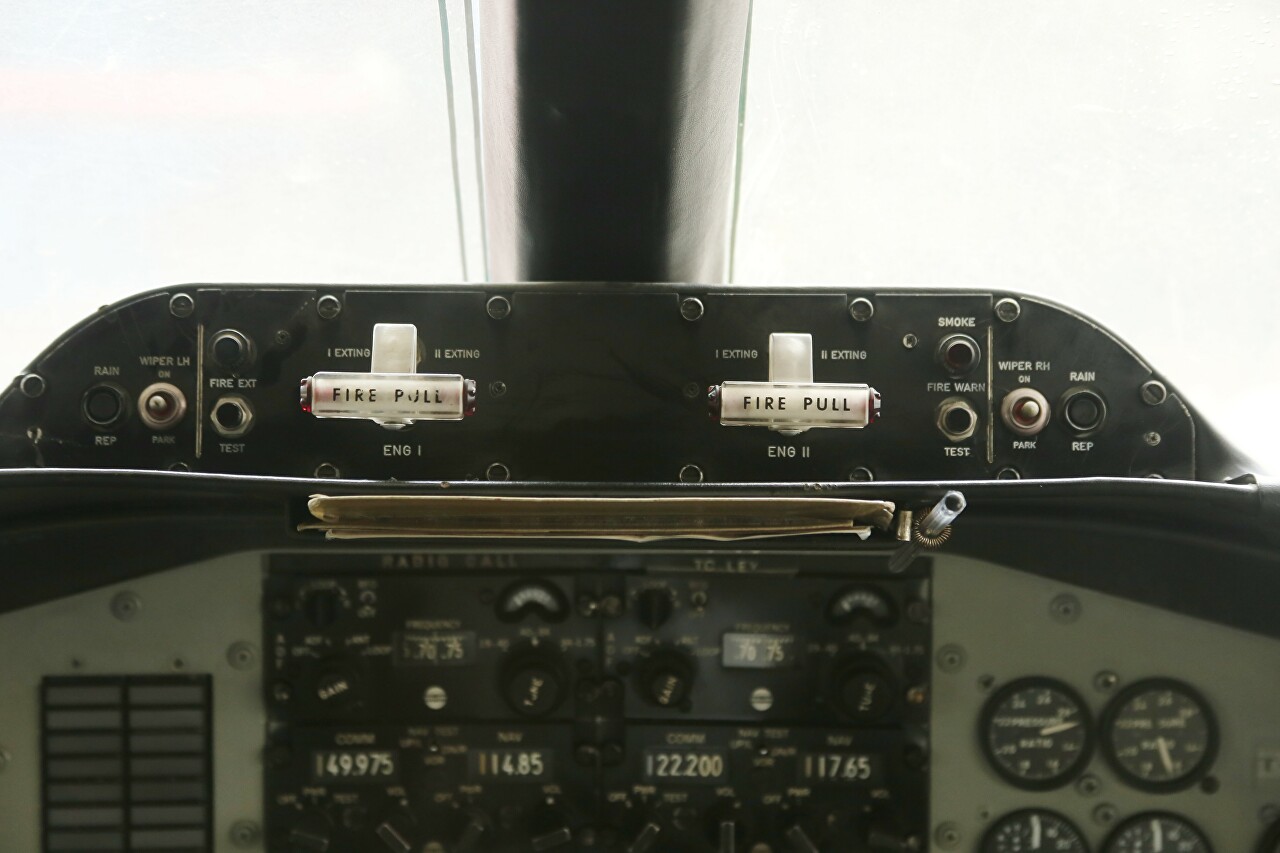 On the co-pilot's dashboard are engine control devices and again the main flight instruments. 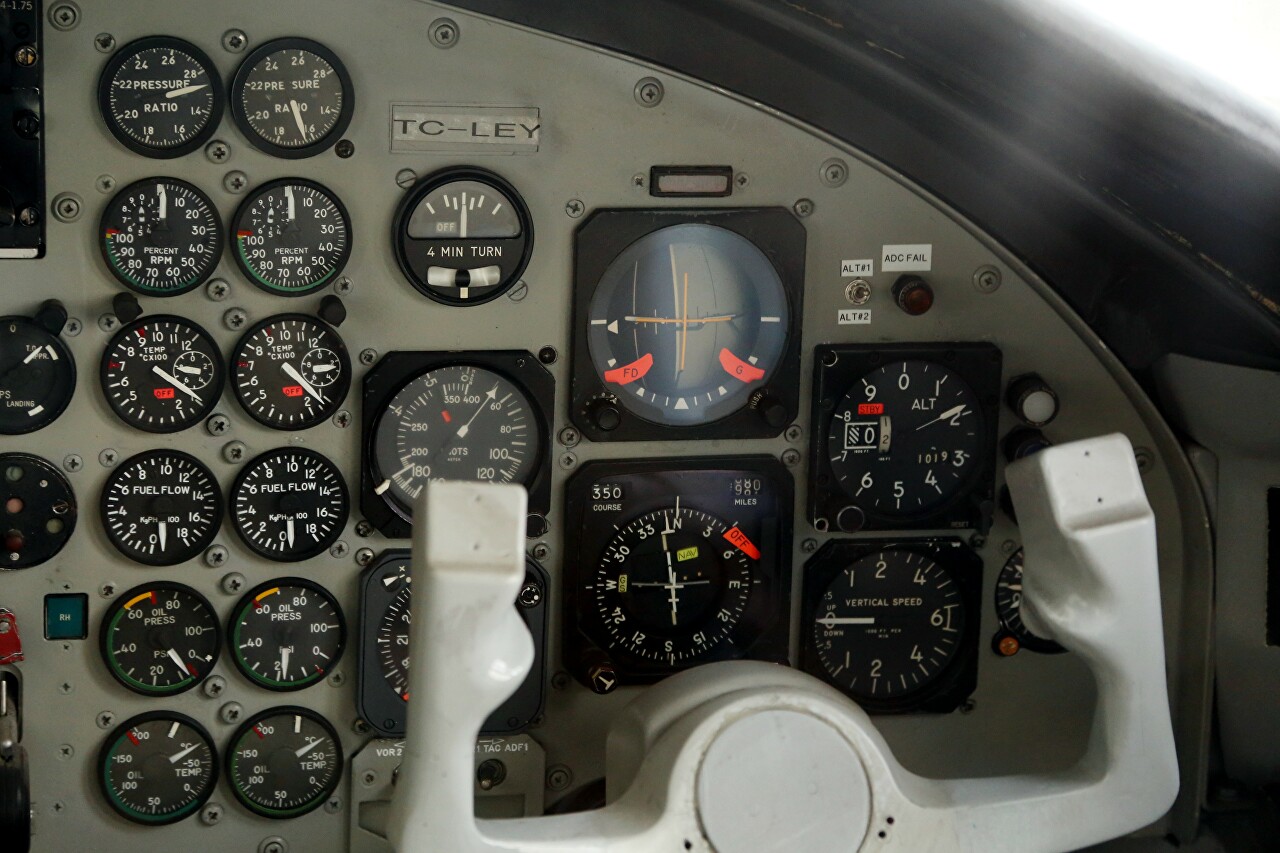 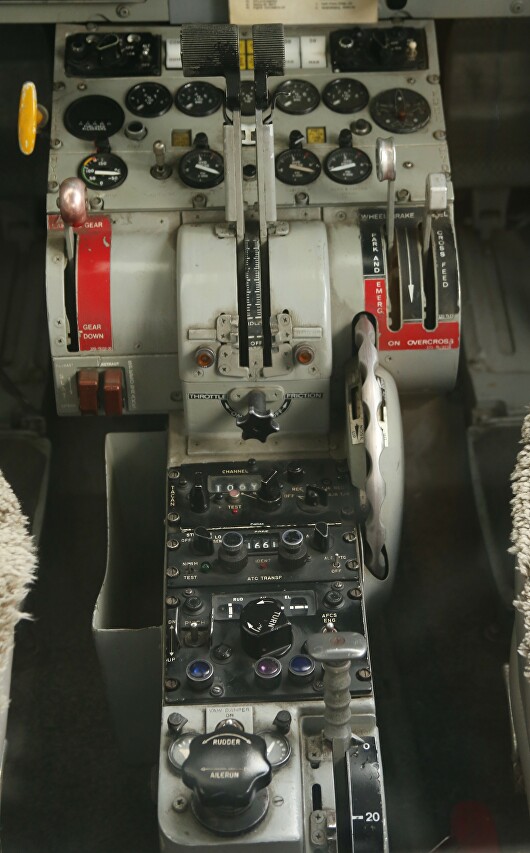 Everything is in excellent condition, even now in flight. According to the registration data, the aircraft was not written off and has the status " in storage". 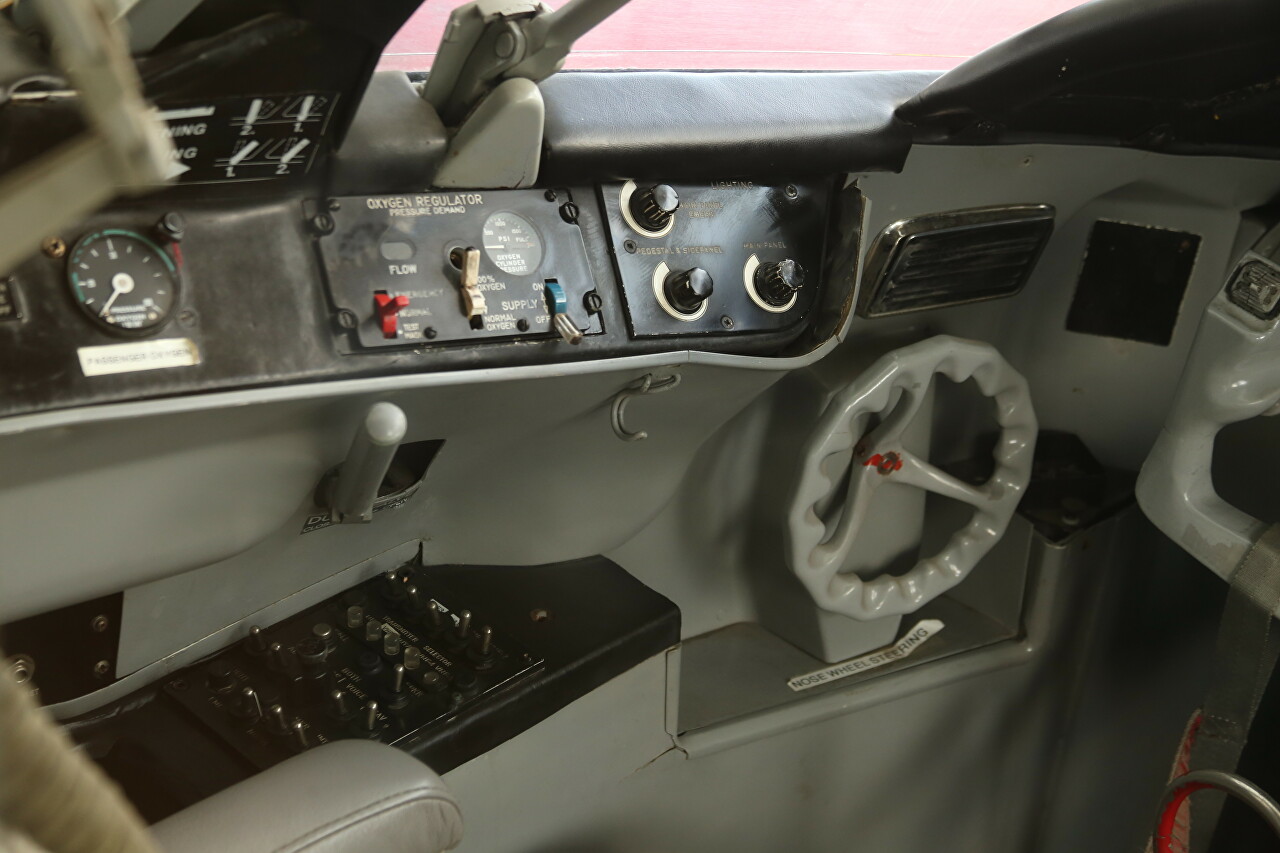 The HFB-320 passenger cabin was built in different versions, with a capacity from 7 to 15 people. There doesn't seem to be a toilet available. 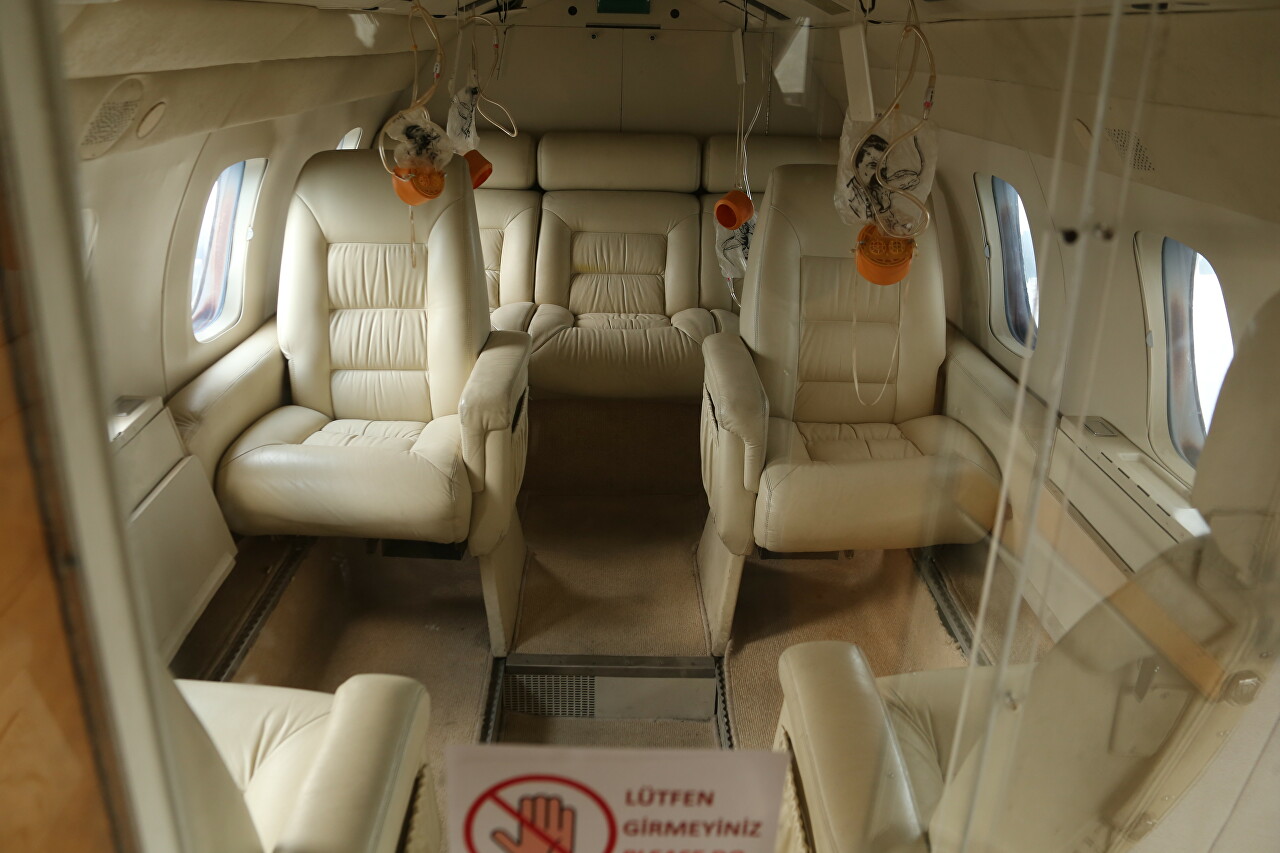 Represented in the Museum the aircraft with the number TC-LEY was operated by the German air force, and then belonged to a private person.