The first of the Two super-Frelon prototypes (French for "Super hornet") took off on December 7, 1962. At that time, it was the largest helicopter of European production. 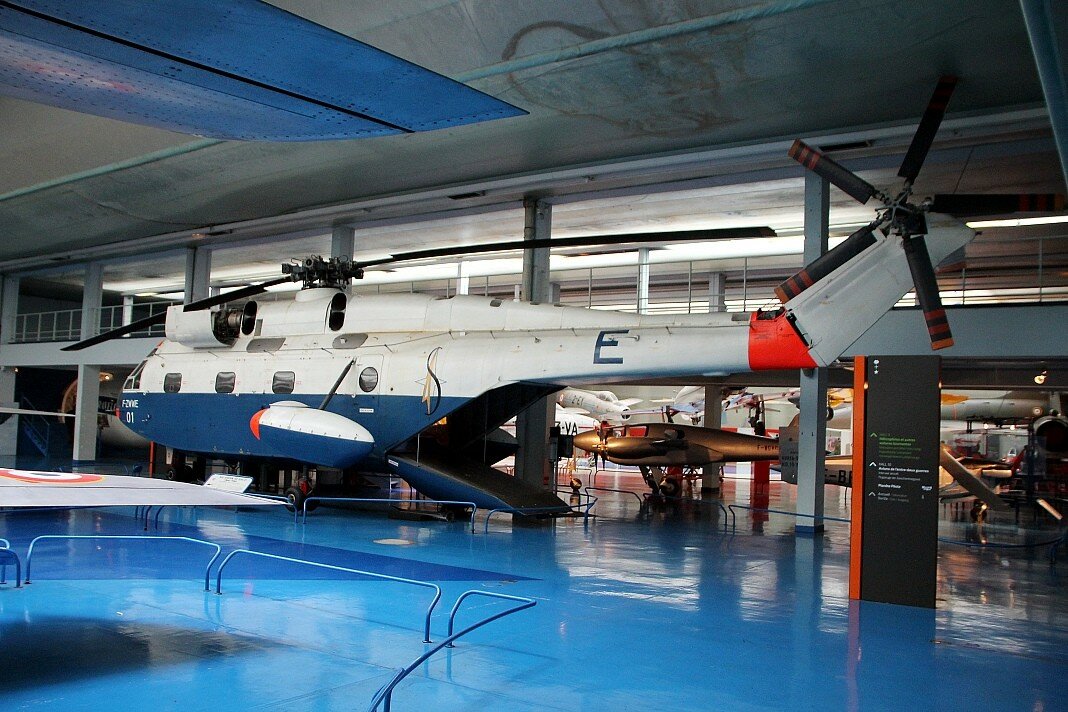 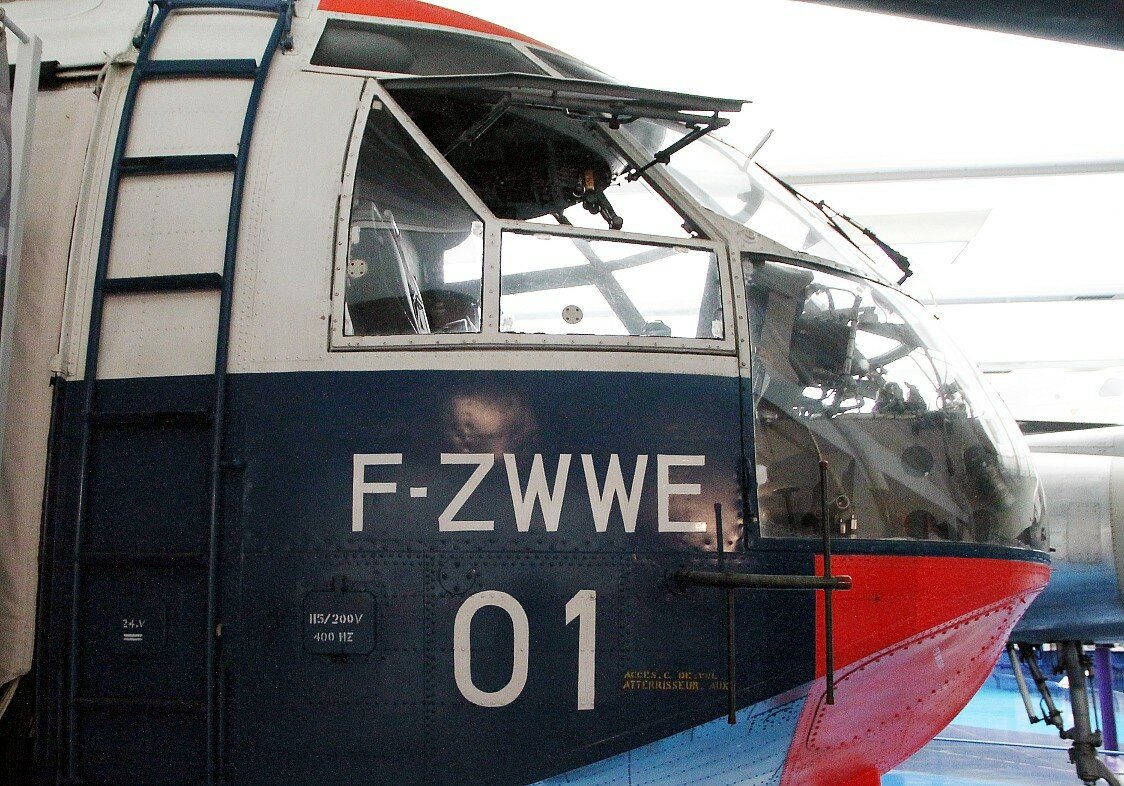 In 1964, four pre-production examples were built, one of them crashed the following year, the rest were surprisingly durable, they were operated for more than 30 years. 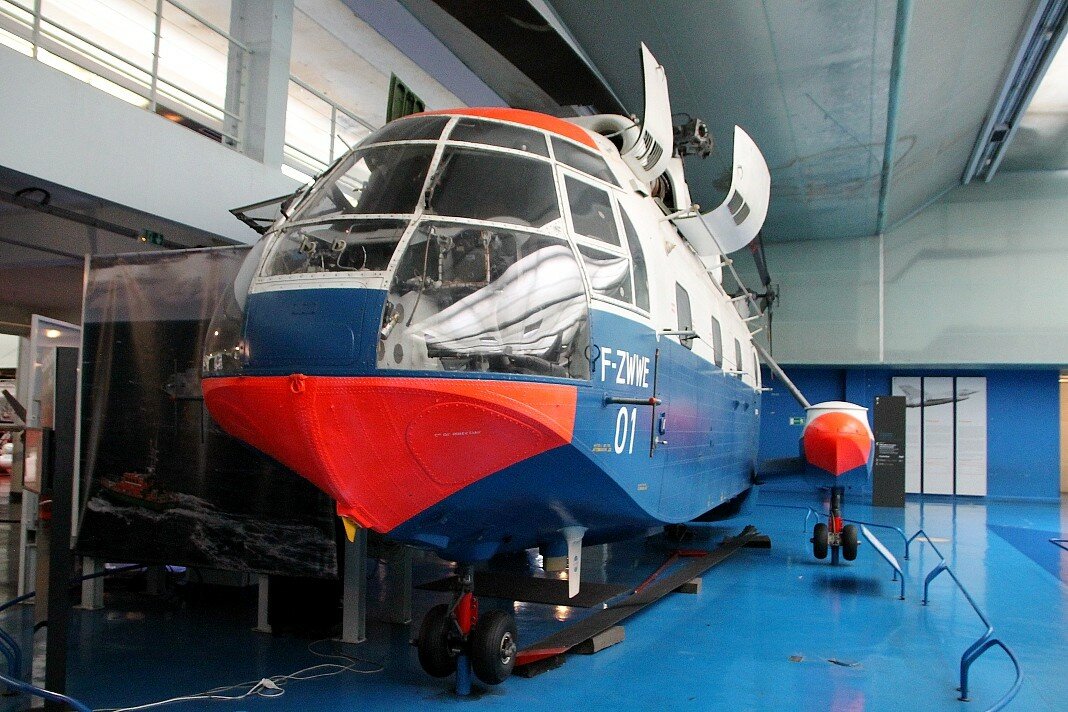 The helicopter was produced until 1971, a total of 110 units were built. Most of the vehicles were used for military purposes, and were in service with the armies of France, Israel, South Africa, Libya, China and Iraq. Many instances are still in service. 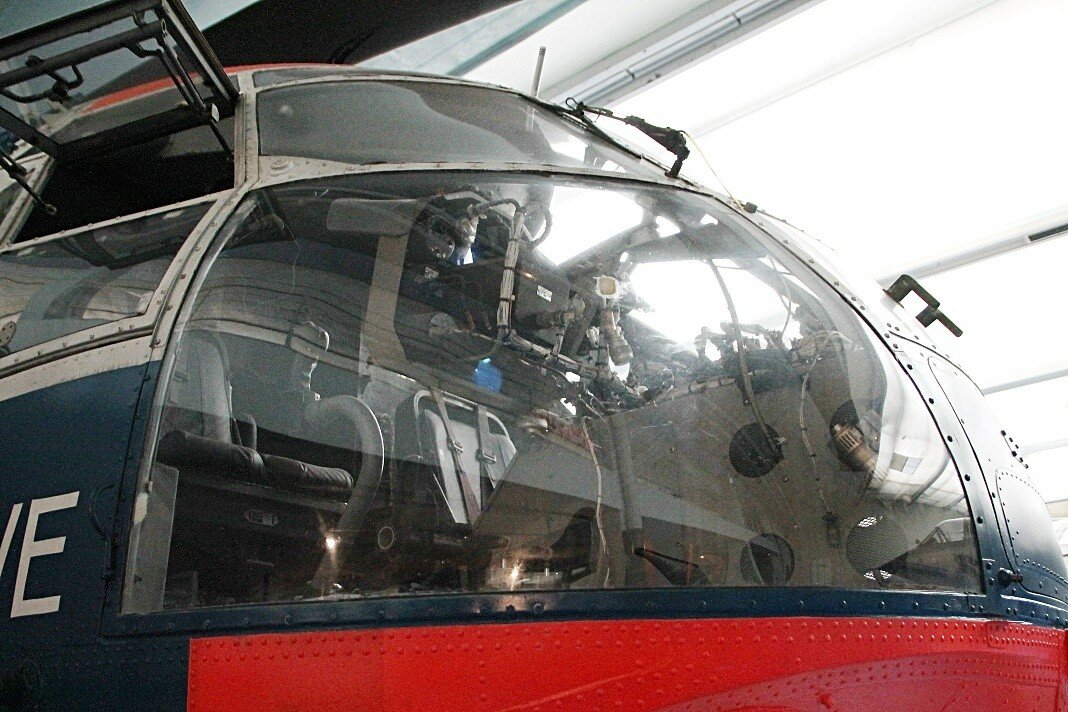 The Super-Frelon was available in both sea and land versions. In the first case, the helicopter was intended for anti-submarine warfare, the combat load included 2 MK-44 and 2 torpedoes ASM Mk-56 depth charges, a magnetic detector was installed in the bow. The machine had floats and could land on water. 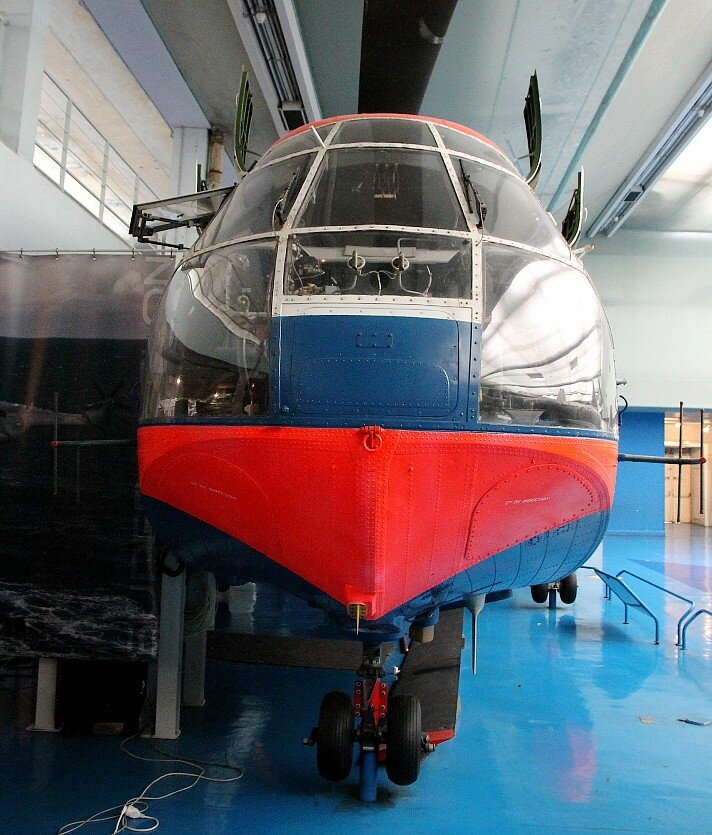 In the transport version, the helicopter had a rear door, which served as a loading ramp, and could accommodate 38 soldiers in full gear. 15 stretchers with the wounded. 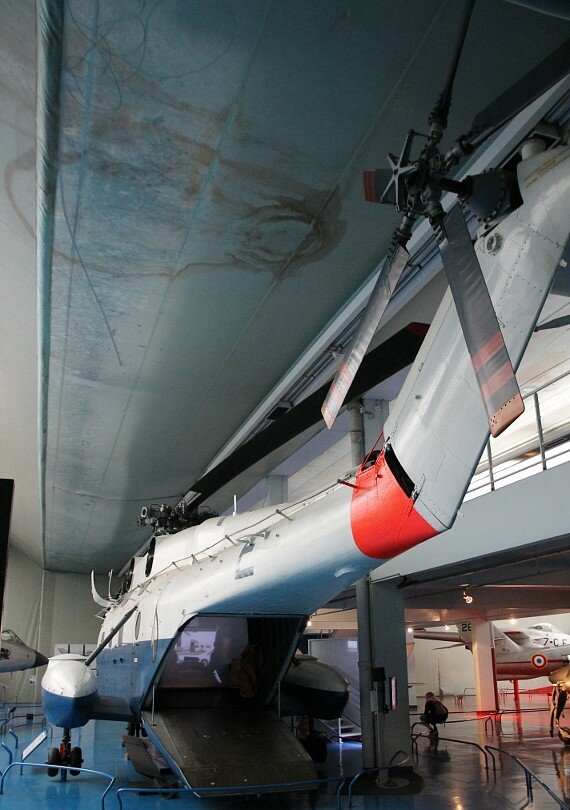 The power plant consists of three turboméca Turmo III C6 turbines with a capacity of 1,500 HP each. 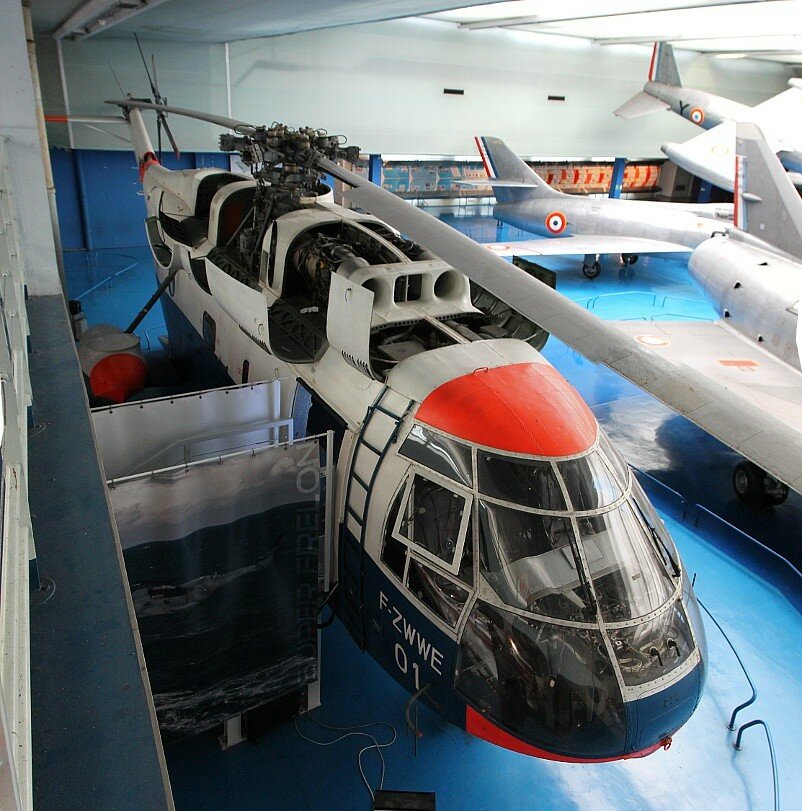 Two turbines are mounted in pairs in front of the main gearbox. 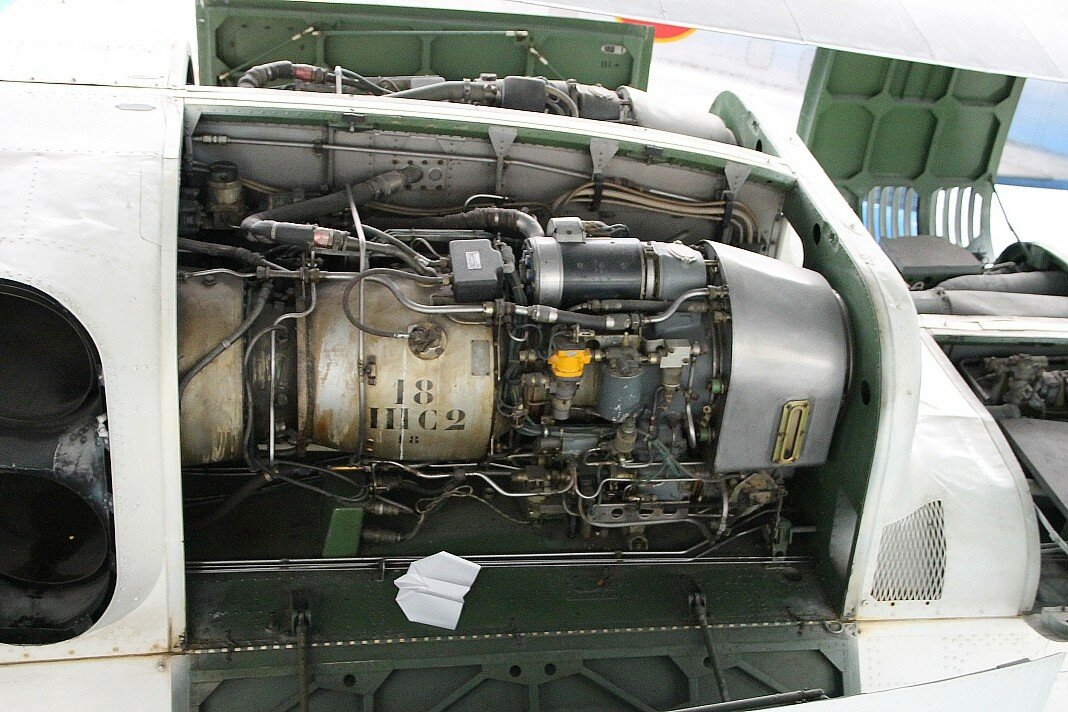 The third one is located behind the gearbox shaft. 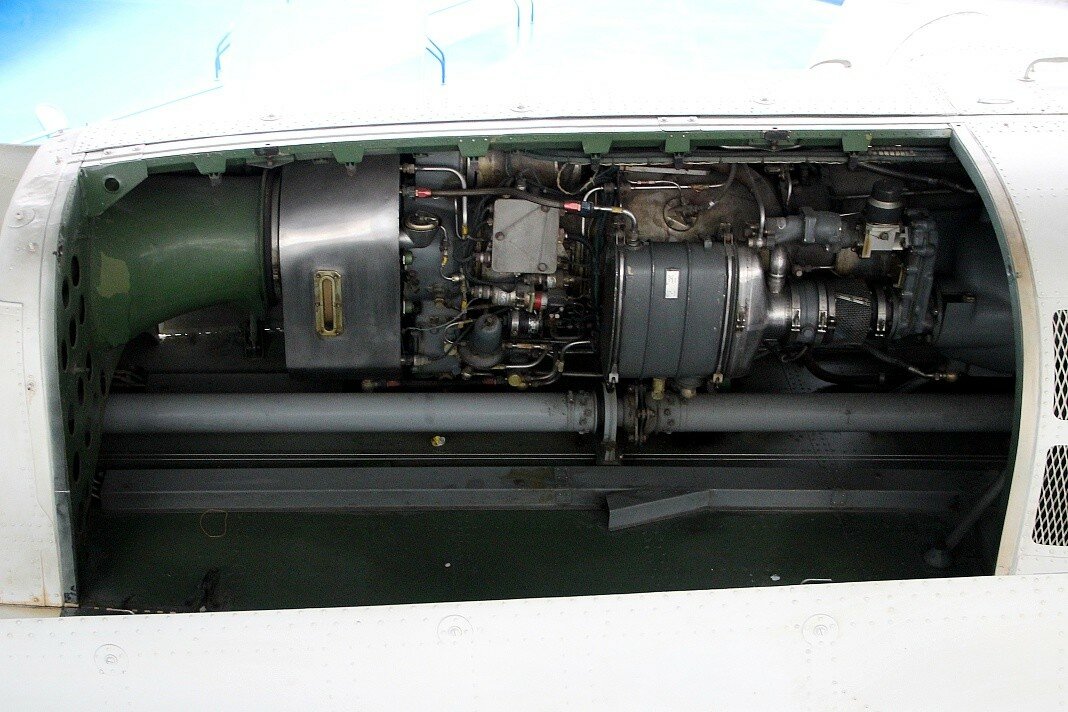 The main gearbox and the automatic skewer. 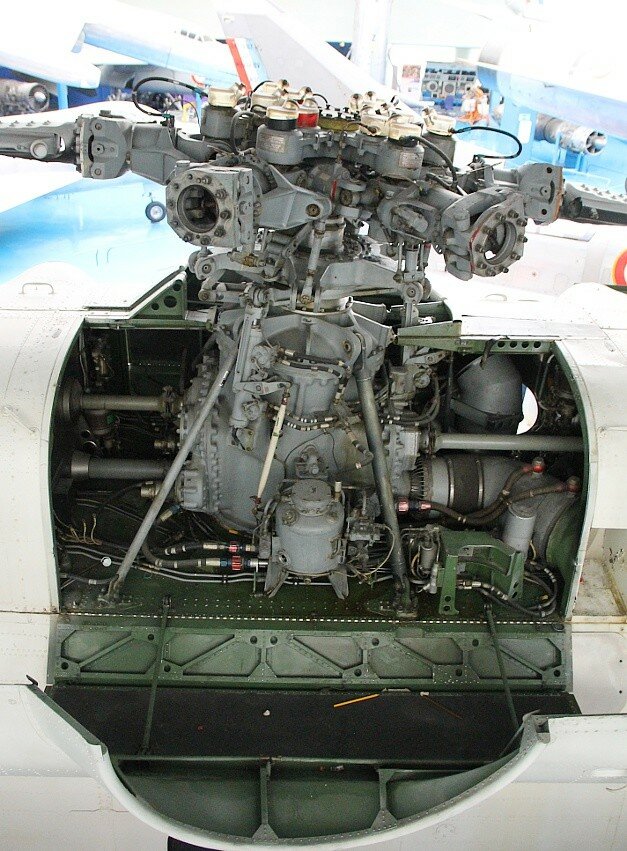 The main rotor diameter is 18.9 meters. 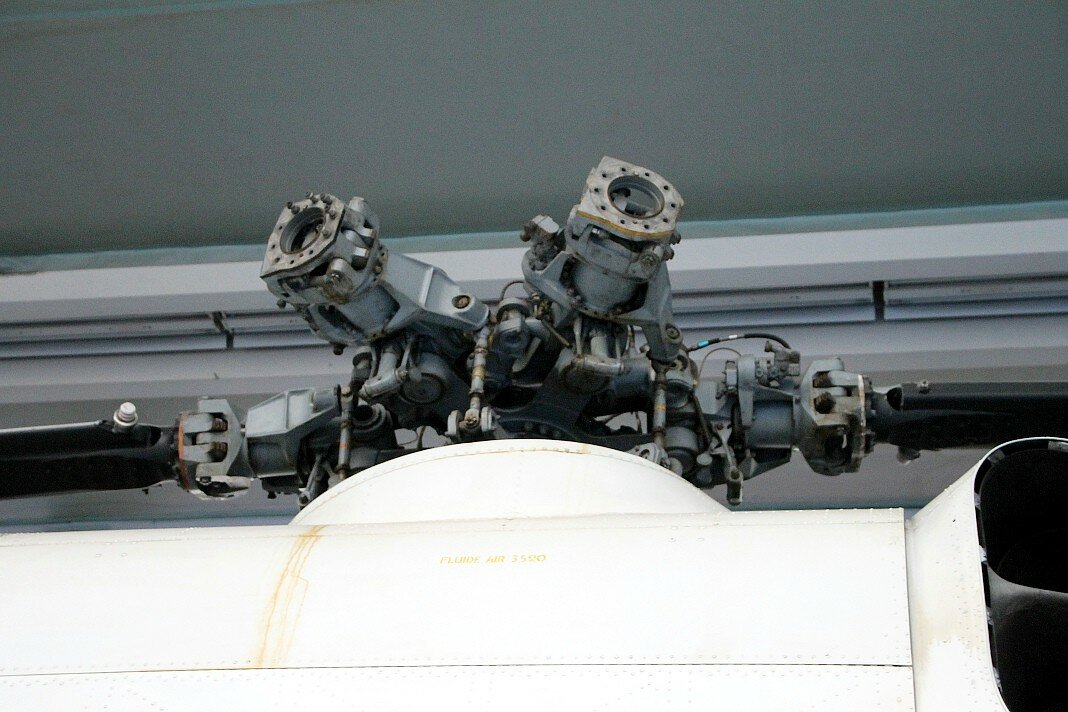 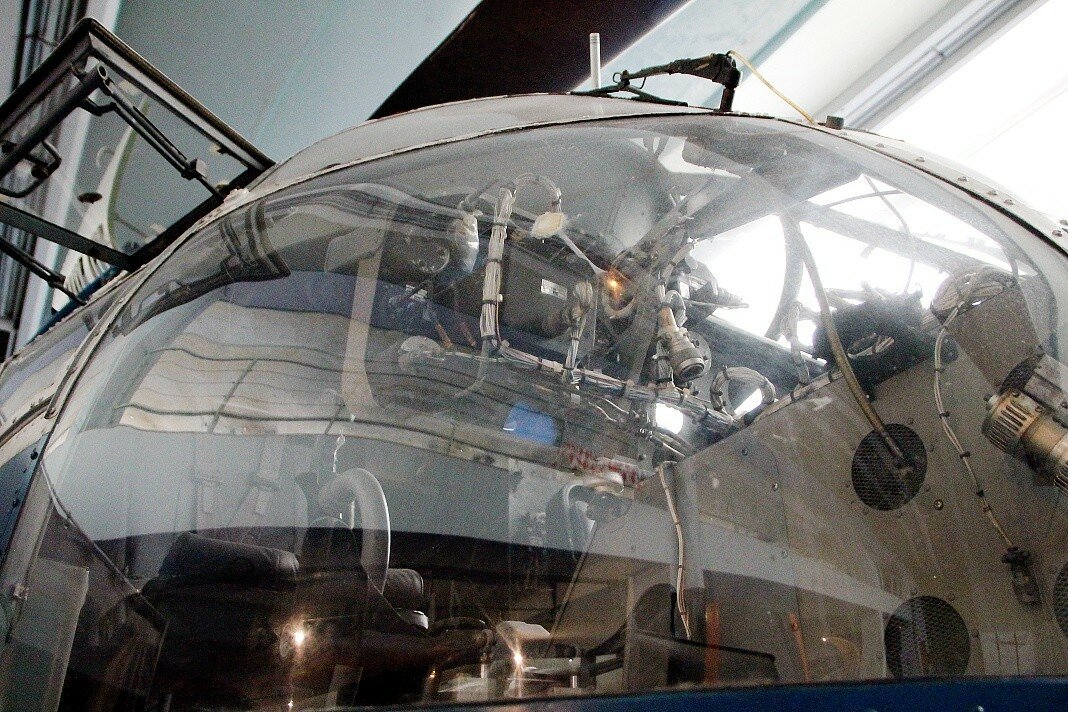 One of the vehicles was equipped for sea rescue operations and operated on the coast of Brittany until April 30, 2010.. 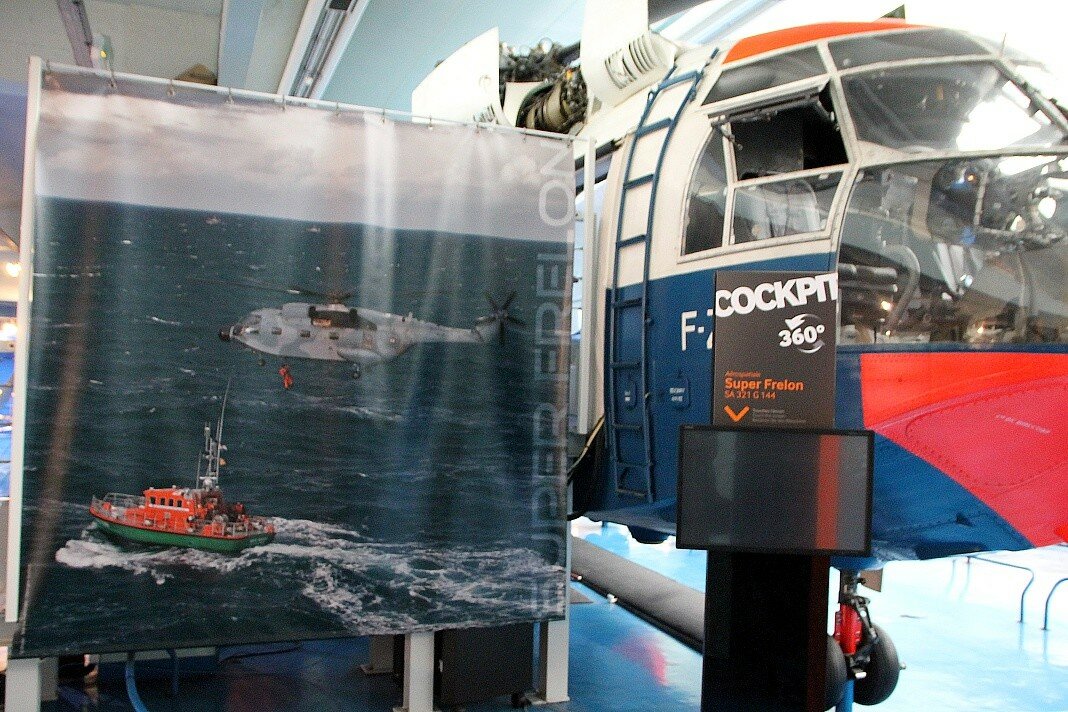 The cabin has a cinema room where you can watch a short film about the work of this helicopter. 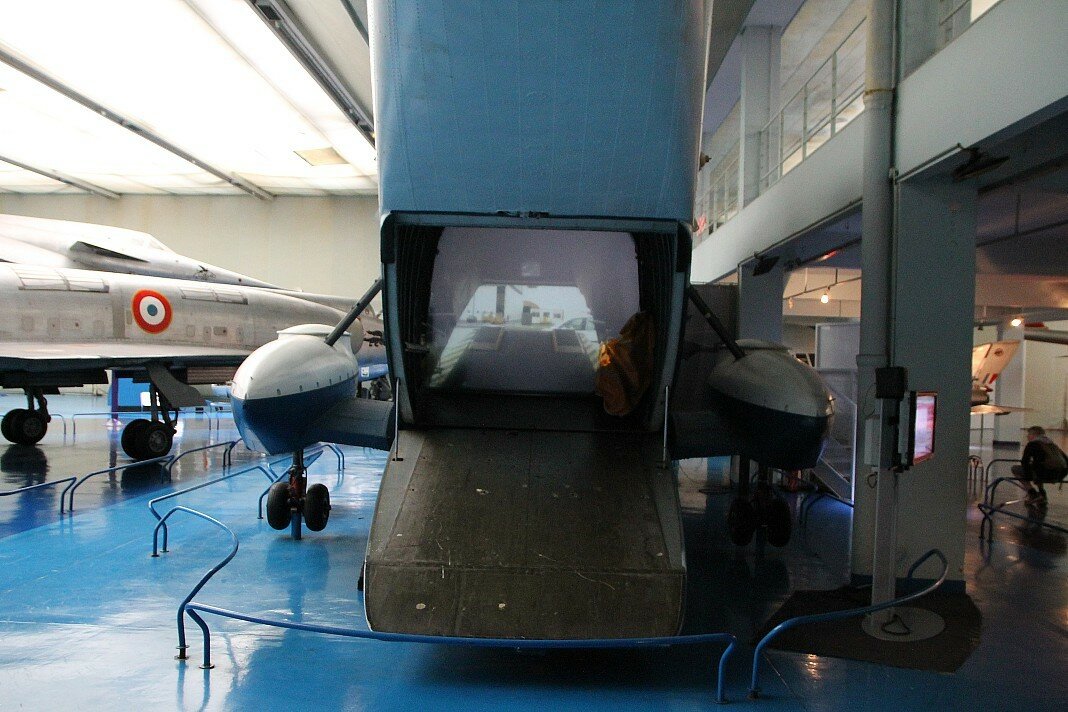 The film tells about the evacuation of one of the crew members of a sea vessel, who required urgent hospitalization. 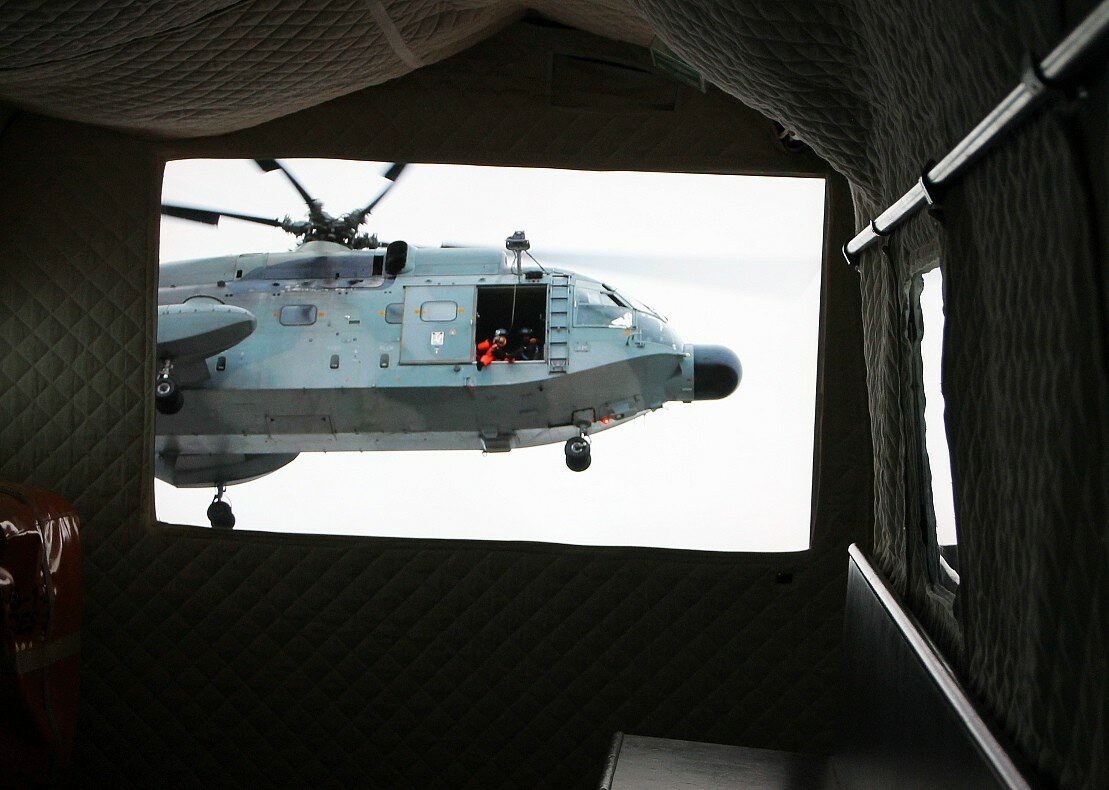 Monitors installed in place of portholes show the surrounding environment, creating an effect of presence. 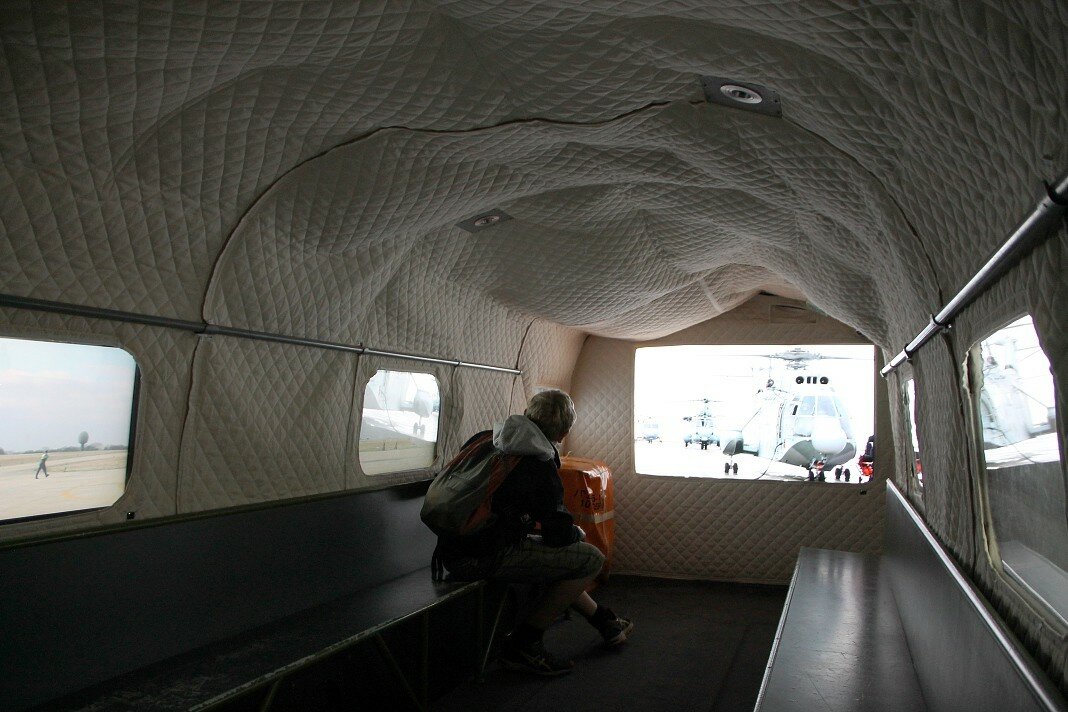 The helicopter hovers over the vessel where the victim is located. 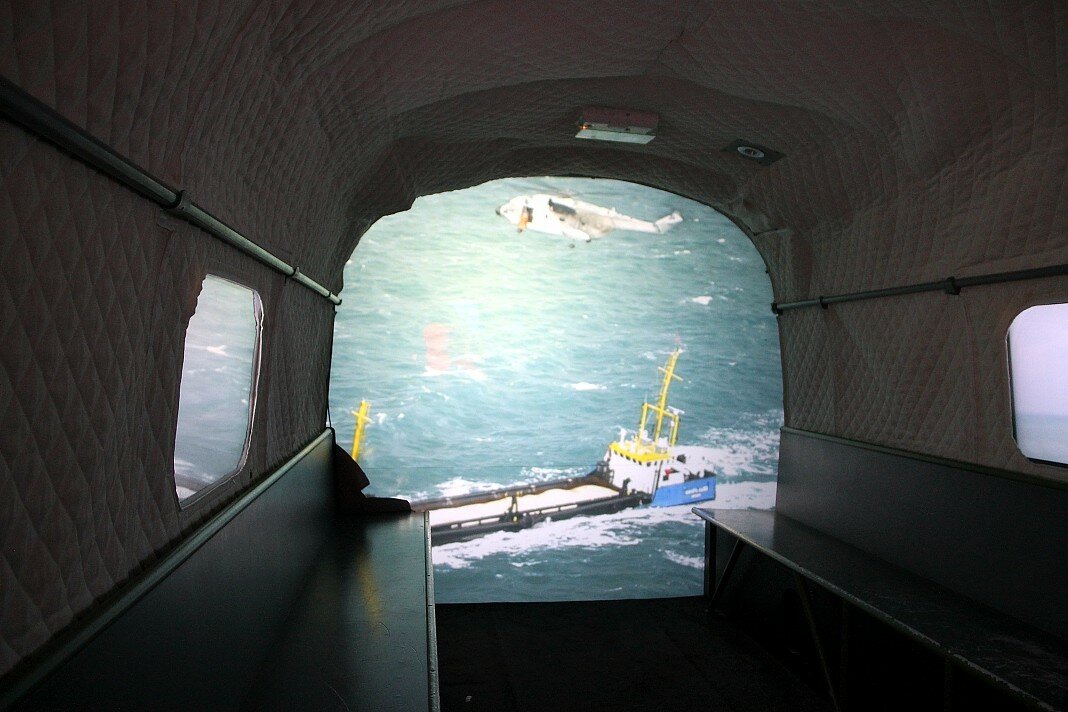 One of the rescuers with the help of an outrigger winch descends to the deck of the vessel. 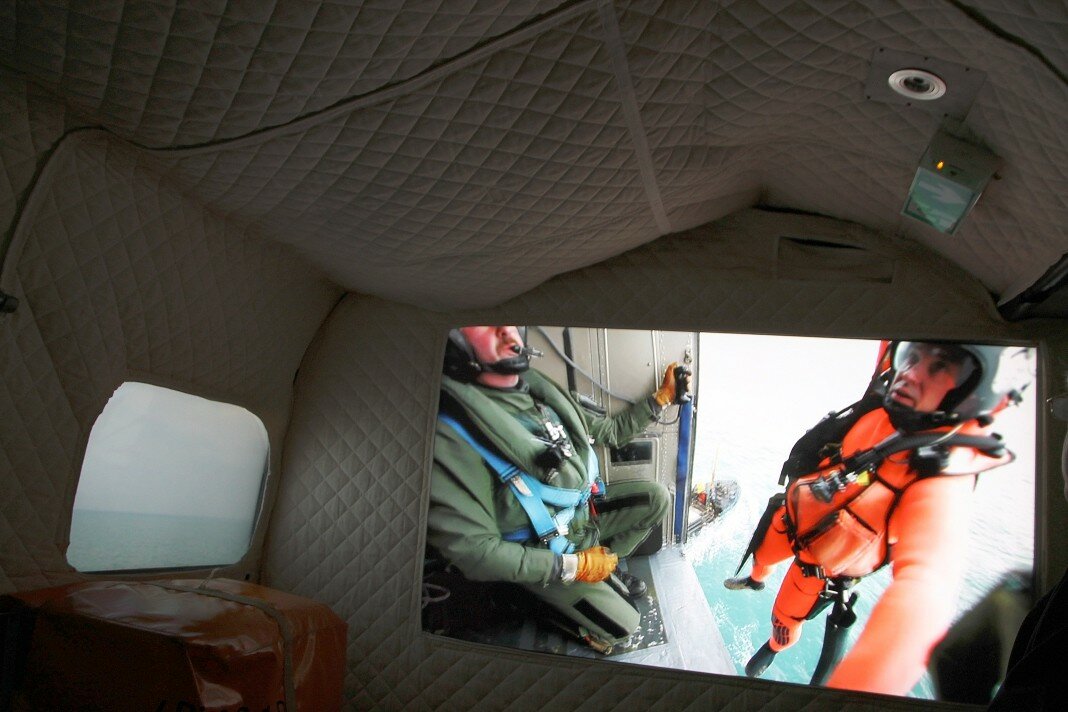 Then he attaches the cradle to the cable with the victim and sends him on Board the helicopter. 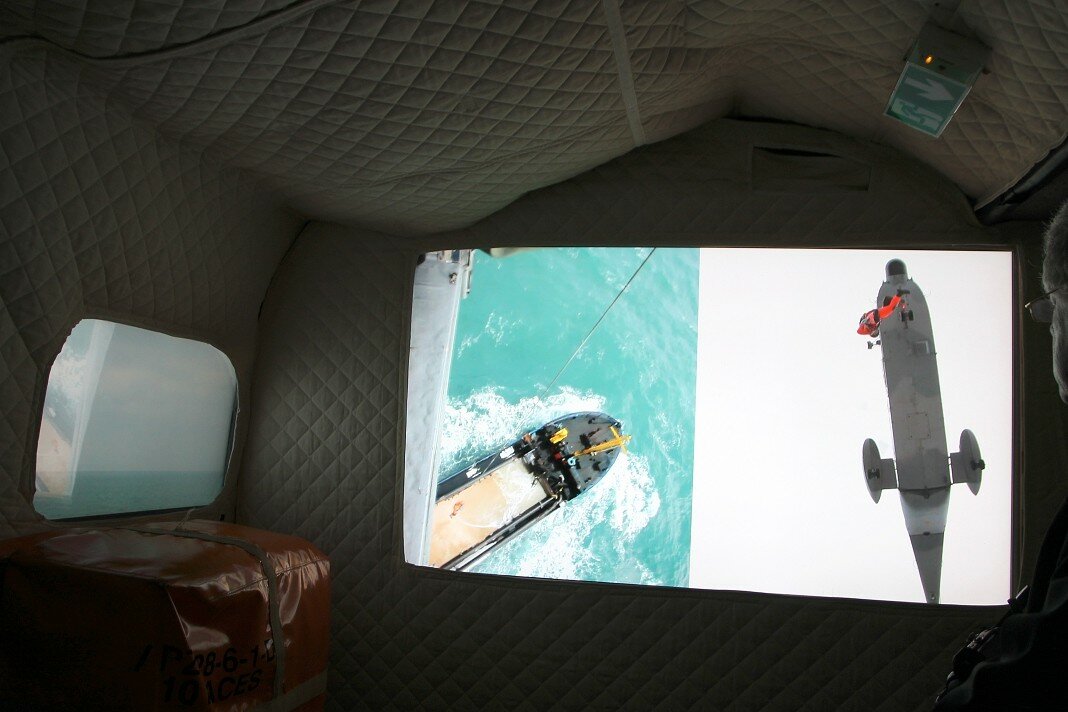 The helicopter heads to the beach and lands on the highway, where an ambulance is waiting for it. 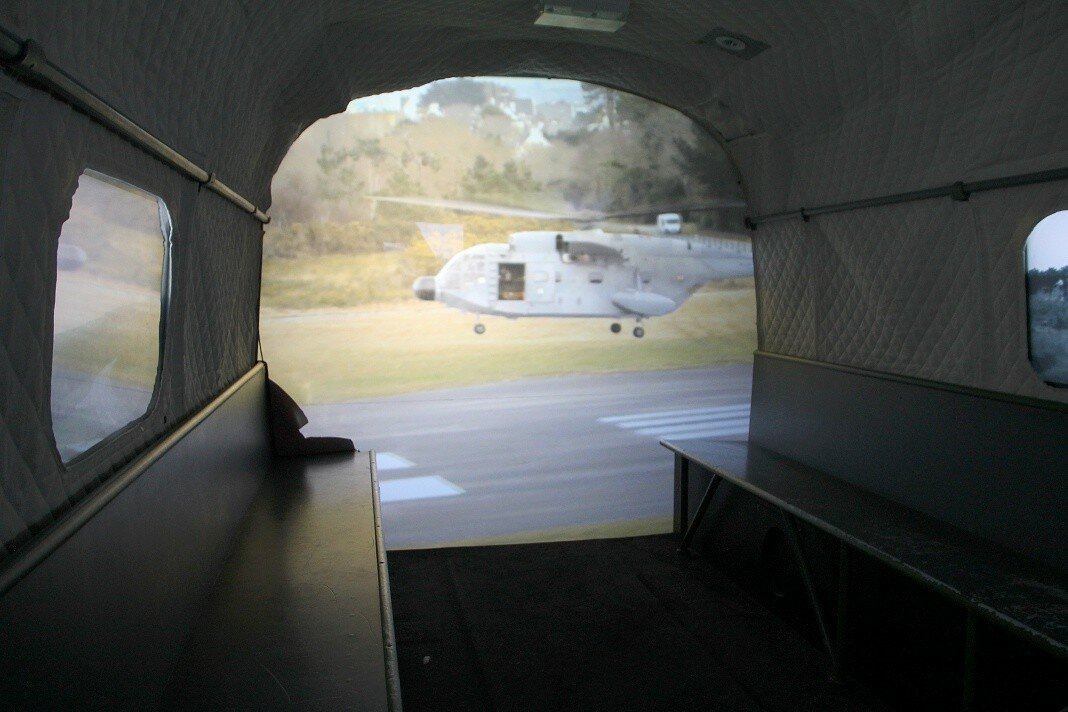 The rescue operation is over, and the injured are being sent to the hospital. 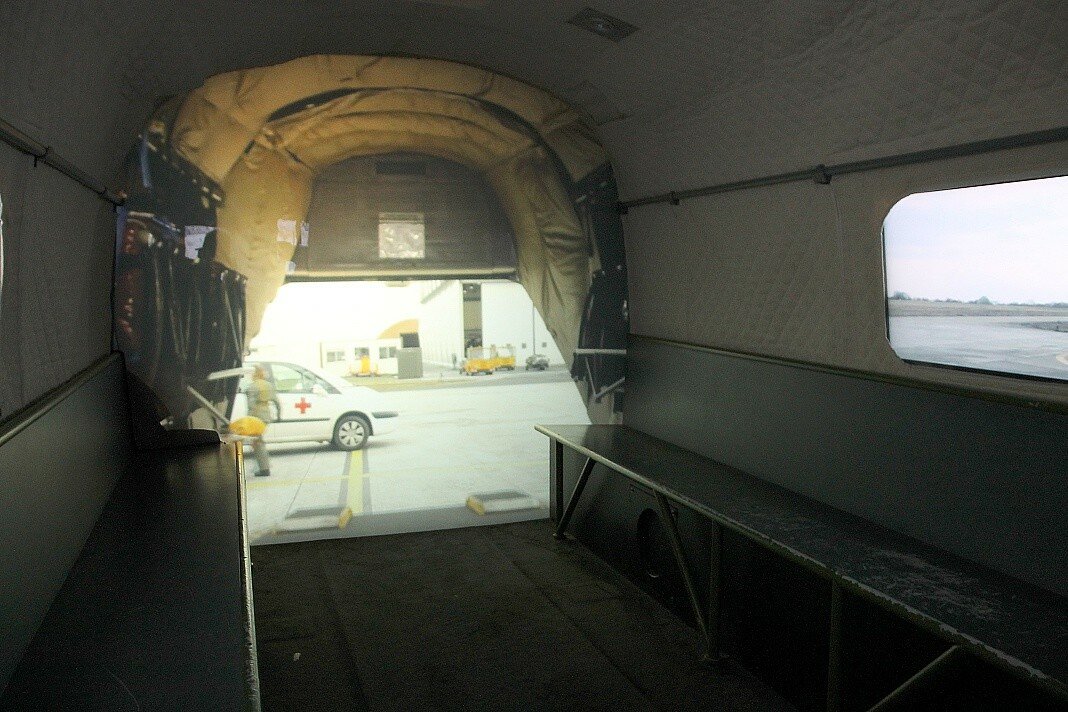