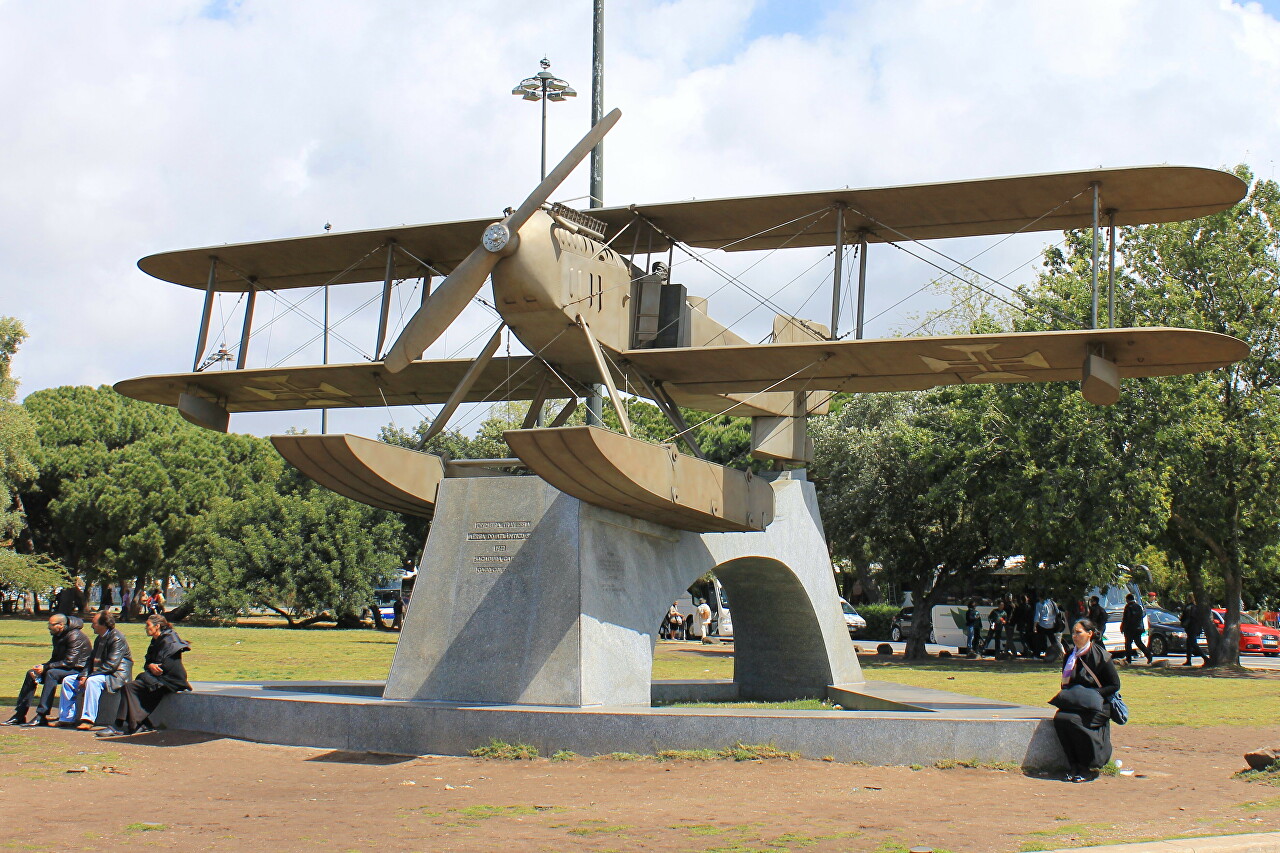 An English-made Fairey III-D MkII seaplane was selected for the flight. Aircraft of this type were produced from 1918 to 1941 and took an active part in the Second world war. 11 such aircraft were in service with the Portuguese Navy. For the flight, the plane was modified - military equipment was removed from it and the volume of fuel tanks was increased. An air horizon was installed-a novelty of the time, which allowed to control the position of the aircraft out of sight of the ground. It was the opportunity to test this device that became the formal reason for trip's. The aircraft was given the name Lusitânia. 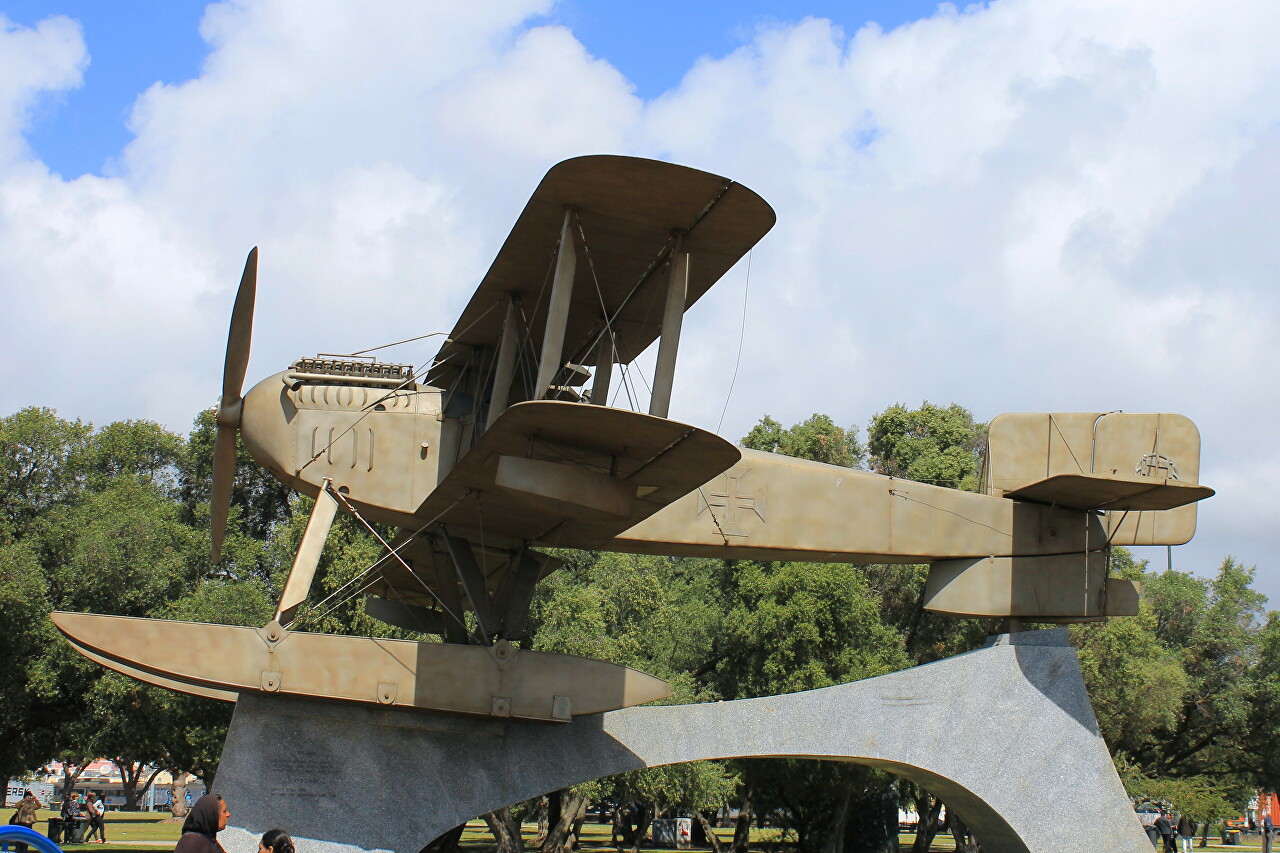 At 16:30 on 30 March 1922, Coutinho and Cabral took off from the Tagus naval base, located near the Belen tower in Lisbon. Late in the evening of the same day, having overcome about one and a half thousand kilometers, the pilots reached the Canary Islands, where they found that the fuel consumption was higher than the calculated one, and landed in Las Palmas. The trip resumed on April 5, the pilots covered 1,370 kilometers to the Islands of San Vicente Island, where they were forced to land for engine repairs. Repairs were delayed for almost two weeks, and the pilots continued their journey only on April 17. After flying first to Porto Praya on the neighboring island of Santiago, the pilots turned southwest, and on the same day reached the Islands of St. Peter and Paul off the coast of Brazil, flying 1,700 kilometers and crossing the South Atlantic. For navigation, the pilots used a sextant and a new device-an air horizon, the tests of which became the formal reason for the flight. However, here the pilots were not lucky-landing in rough seas near the island, the plane lost one of the floats, sank one wing into the water and soon sank. The aviators were rescued by the Portuguese cruiser Republica, which was involved in supporting the flight. The cruiser delivered the pilots to the port of the island of Fernando de Noronha. 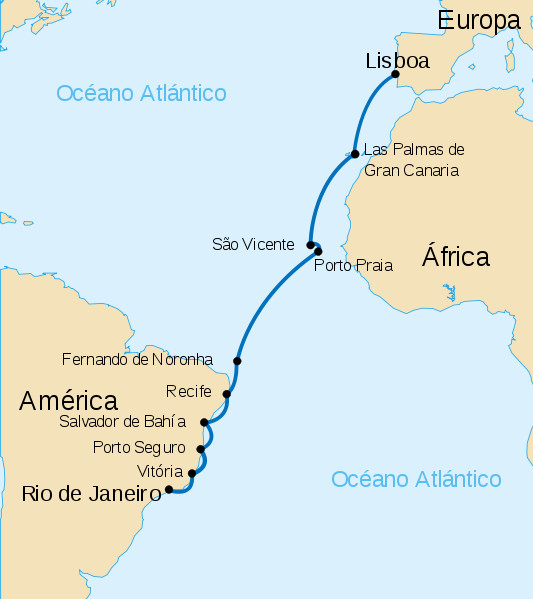 The loss of the Lusitânia might have ended the story, but the rave reviews in the Portuguese and Brazilian press and the fervent support of the public prompted the Portuguese government to send another seaplane of the same type to the coast of Brazil to complete the journey. The new aircraft, which was given the name "Patria" (Fatherland), was delivered to Fernando de Noronha on may 6 and after preparation, on may 11, the pilots flew towards the archipelago of Saint Peter and Saint Paul to resume their flight from the point where they crashed. However, an engine failure forced them to make an emergency landing in the ocean again. The seaplane drifted for nine hours until they were picked up by the British cargo steamer Paris Sity, which took them back to Fernando de Noronha. There was no way to get the plane on Board, so it was left in the ocean. 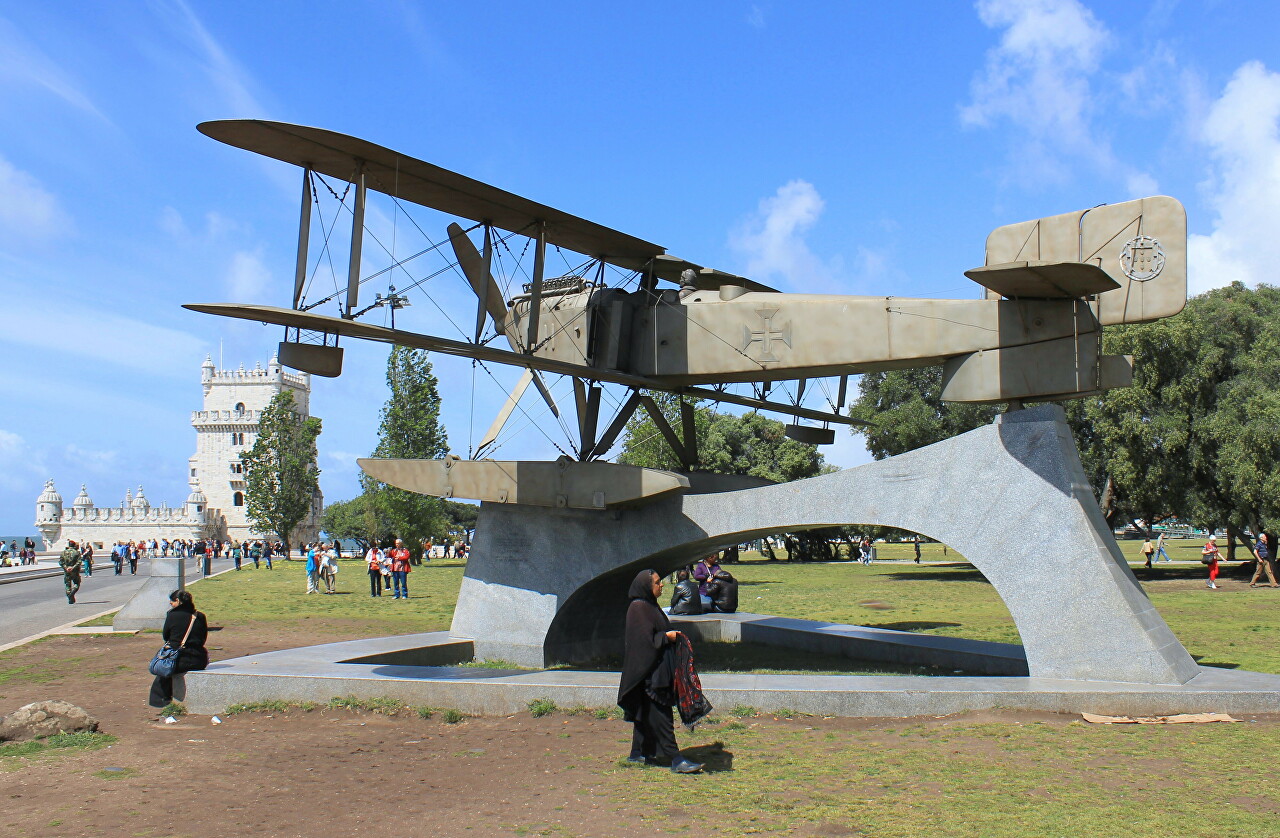 But this failure did not end the flight. With the support of the Brazilian government, the brave aviators get a third plane, which the wife of the President of Brazil gave the name Santa Cruz. On June 5, the plane was delivered to Fernando de Noronha, and Coutinho and Cabral were finally able to finish the flight, going first to Recife, then to Salvador da Bahia, then to Vitoria, and from there to Rio de Janeiro. The flight was finally completed on June 17, when the seaplane landed on the waters of Guanabara Bay. Brazil welcomed aviators as heroes, huge crowds gathered on the embankment, and one of the pioneers of aviation, Alberto Santos-Dumont, a Brazilian by birth, made a welcoming speech. The journey lasted 79 days, of which the actual flight time was only 62 hours and 26 minutes. The aviators covered a distance of 8,383 kilometers (5,209 miles) by air. 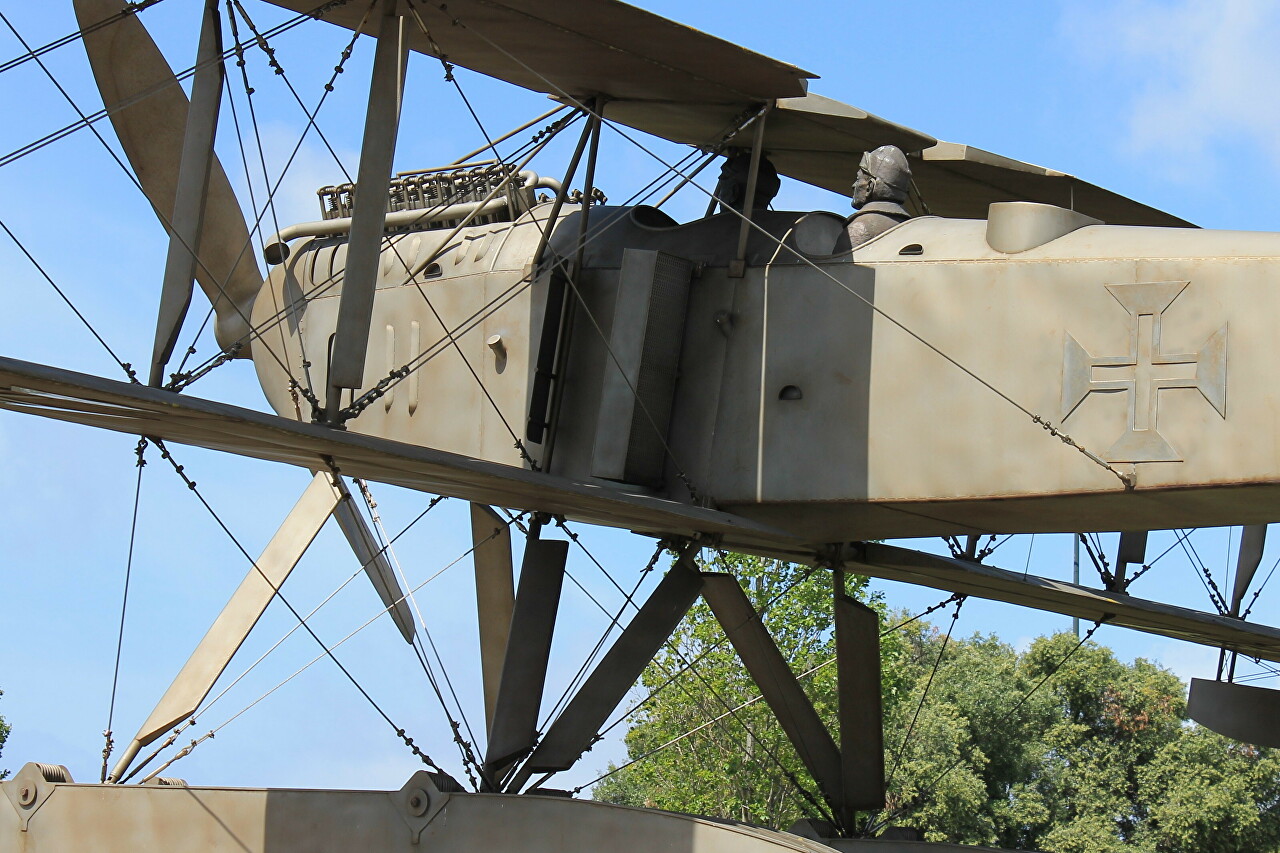 A short film about the flight with unique documentary footage.