40 minutes after leaving Istanbul, I I looked up from my guidebooks and looked out the porthole. In the haze, the door was visible. a high mountain on a Peninsula jutting out far into the sea. After looking at the on the map, I determined that it was the famous mount Athos, located on the North of the island. the tip of the Peninsula of the same name. It gave a stunning view of the landscape bright "mushroom cap" that covered the top. What caused this optical shift the effect, I can not say, perhaps the top, wrapped in clouds, is illuminated the sun, while below, a haze hangs over the sea, engulfing it sun. The observation time is about 11: 46 European time. 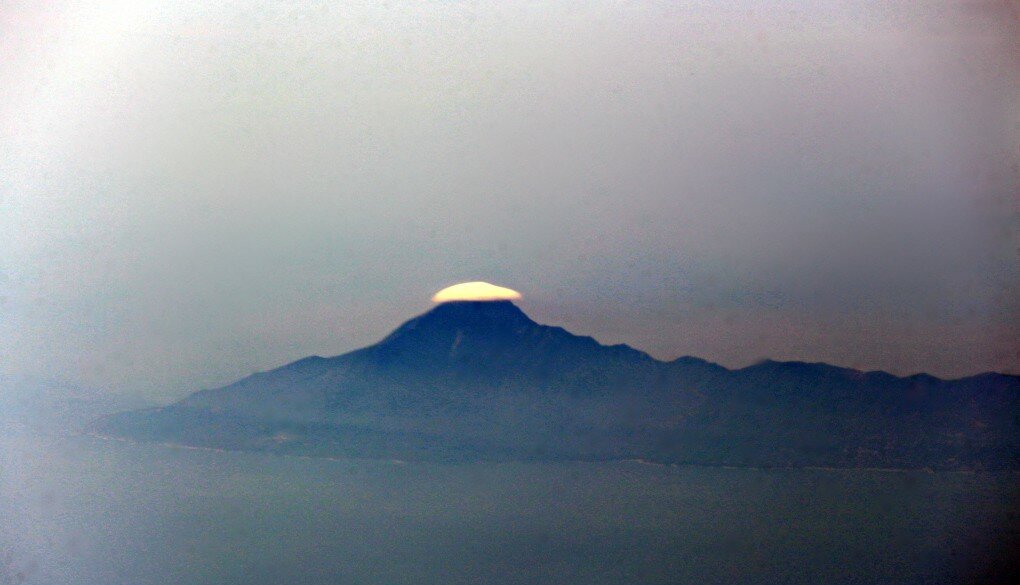 Further on our route lay over the amazing landscapes of Northern Greece, called by the Greeks familiar to us in a word - "mountains of Pindos". On Russian maps, they are for some reason ashamed they are called "pind". 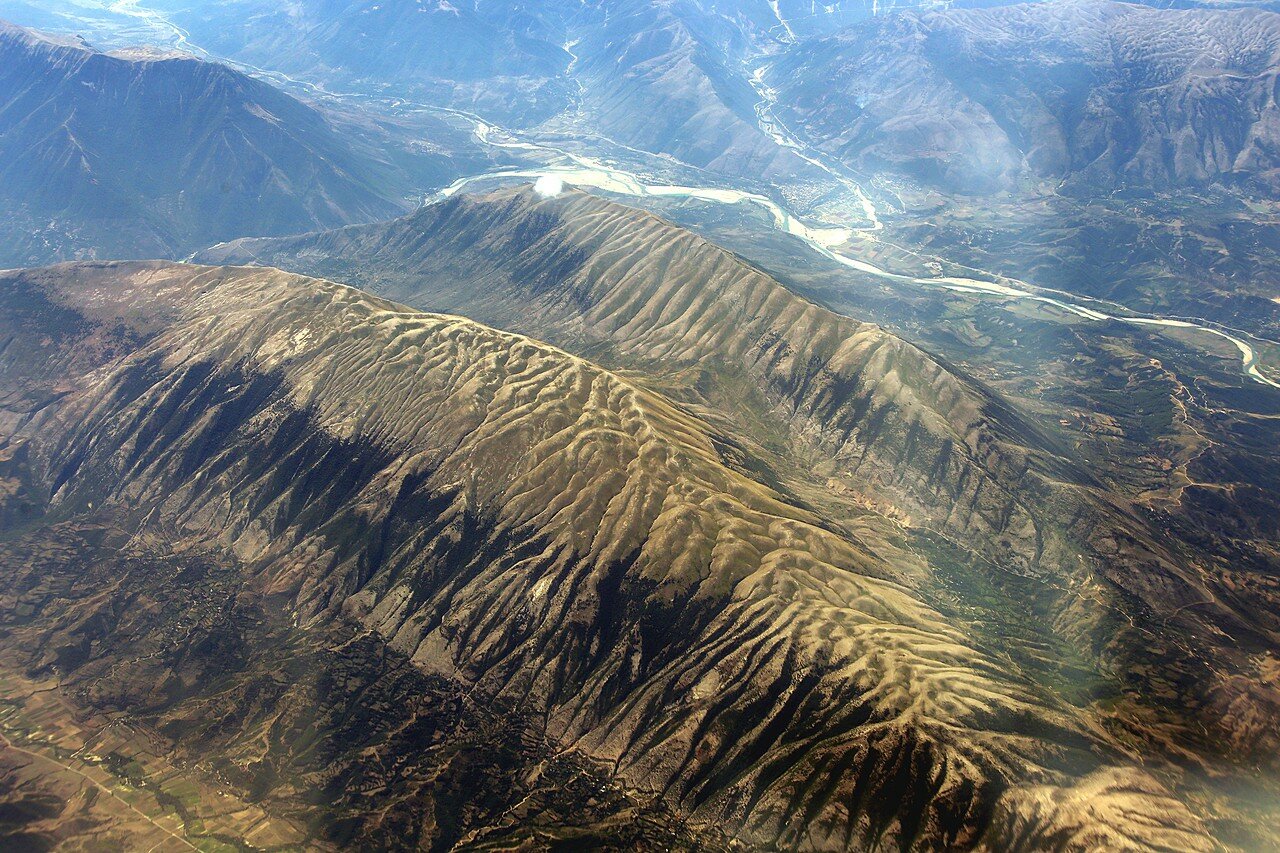 And this is Albania. Above you can see the blue strip of the Adriatic. 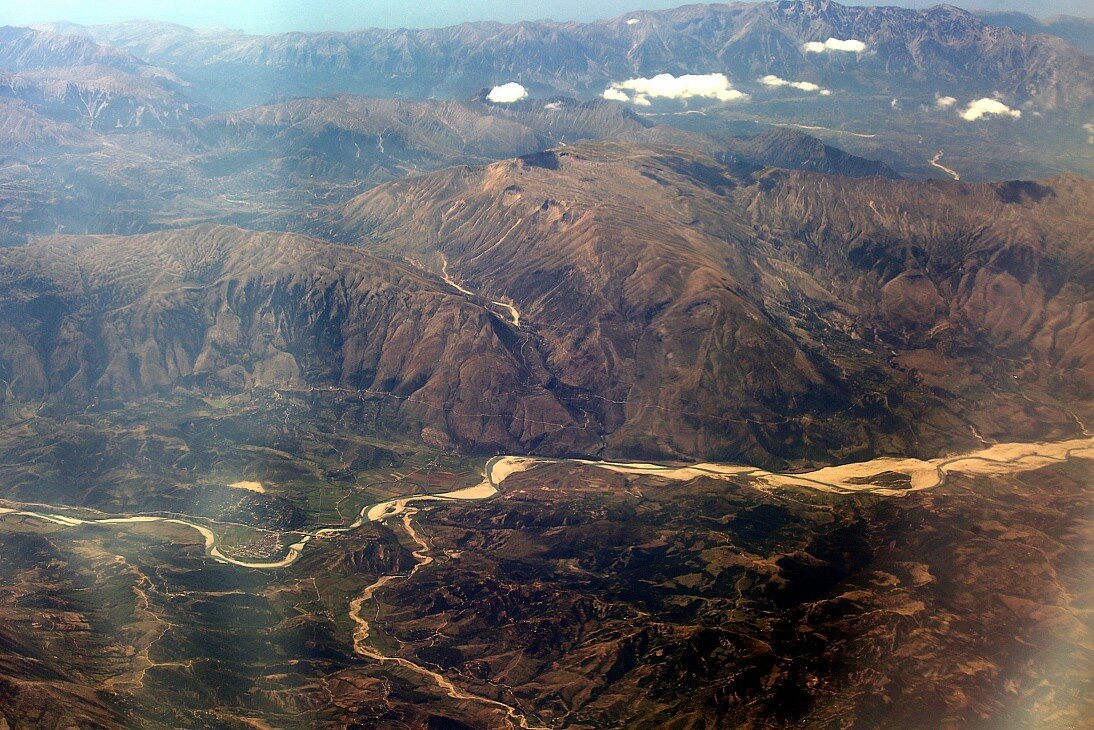 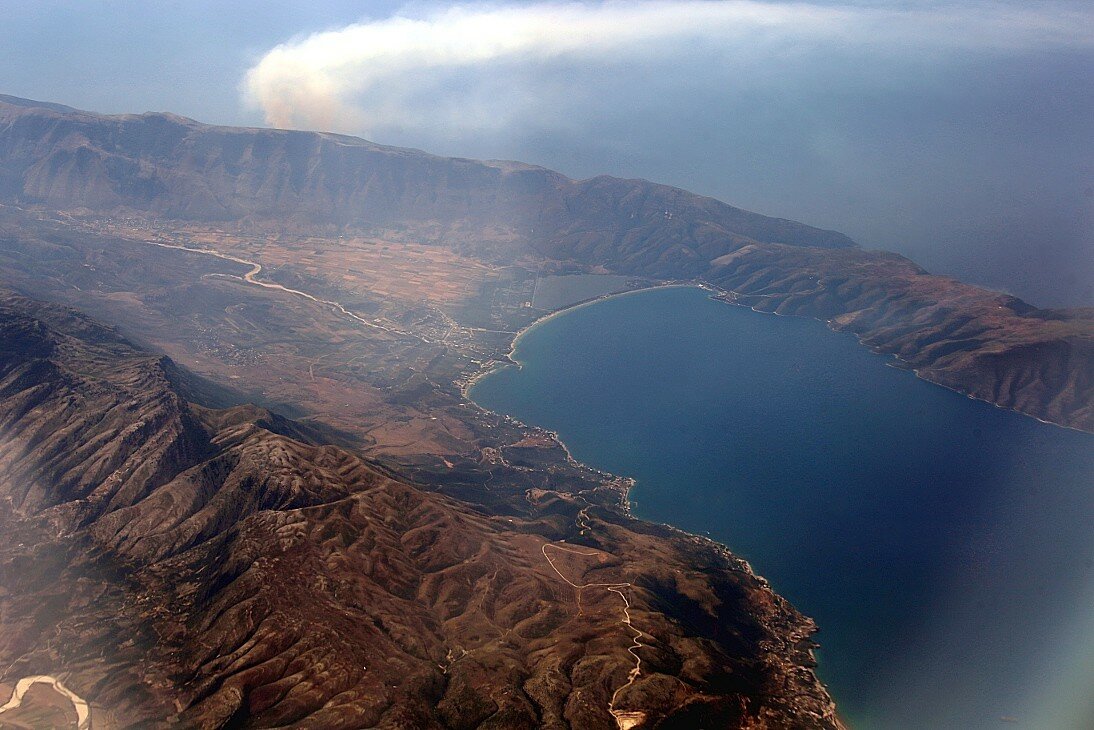 The coast of the "heel" of the "Italian boot". 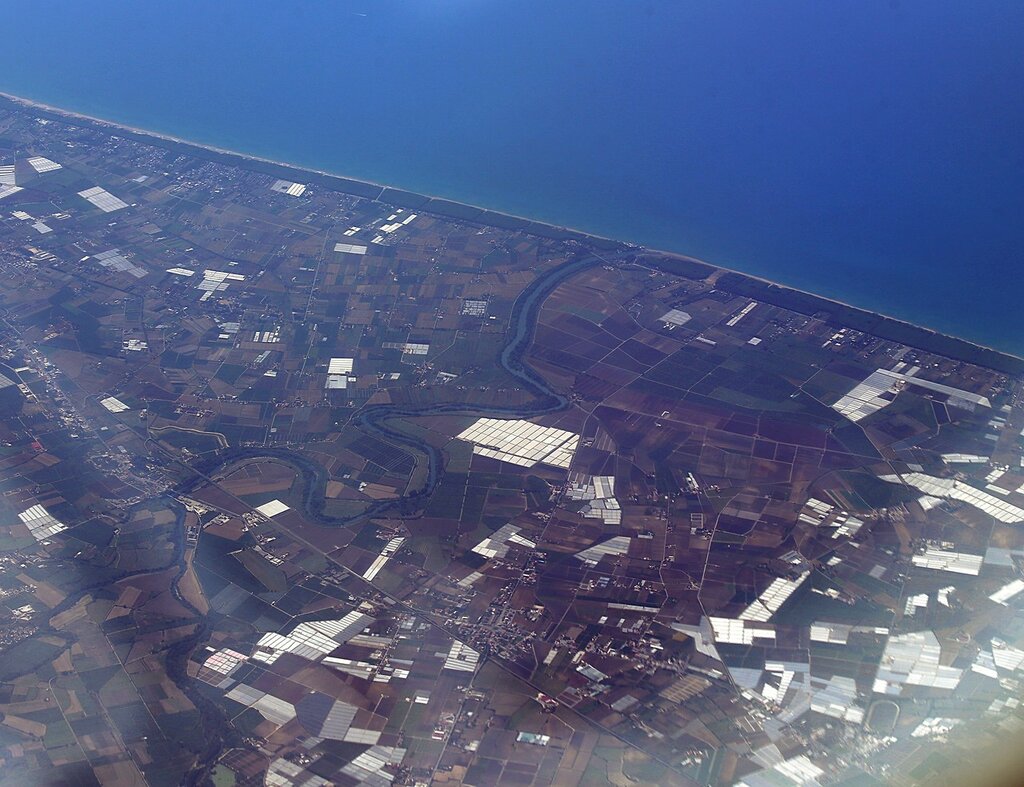 The Peninsula of Sorrento with the city of the same name. Good you can see the white pier of the sea port, where high-speed ferries run to Naples and the island of Capri. Unfortunately, Vesuvius was left on the starboard side. 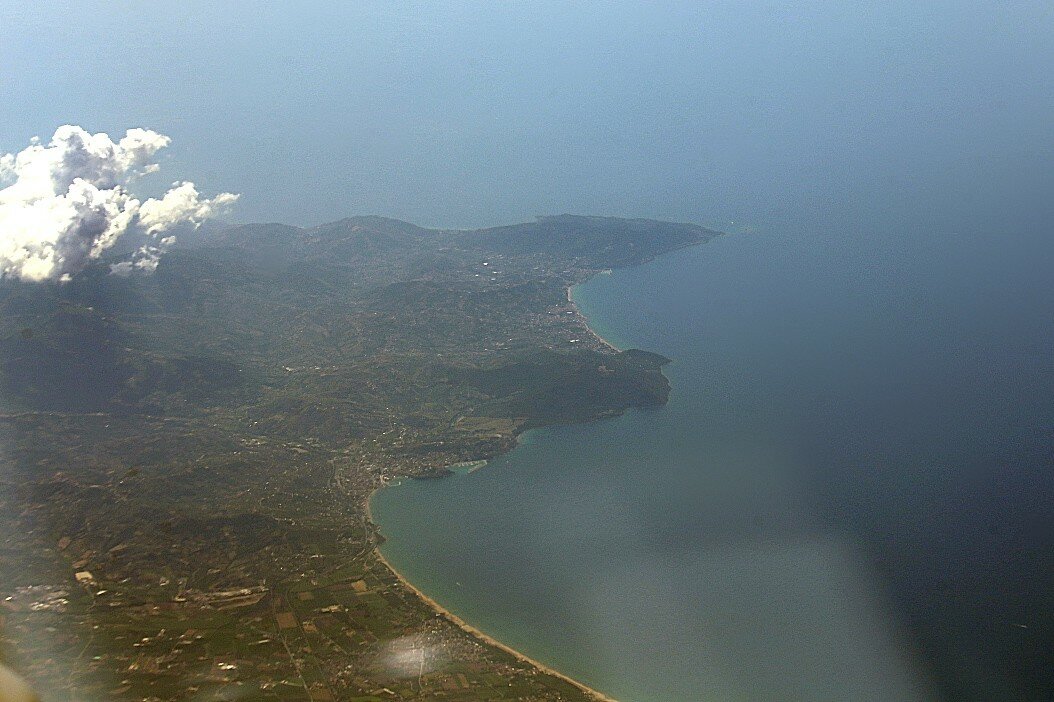 The Island Of Sardinia. There's something burning here, too. 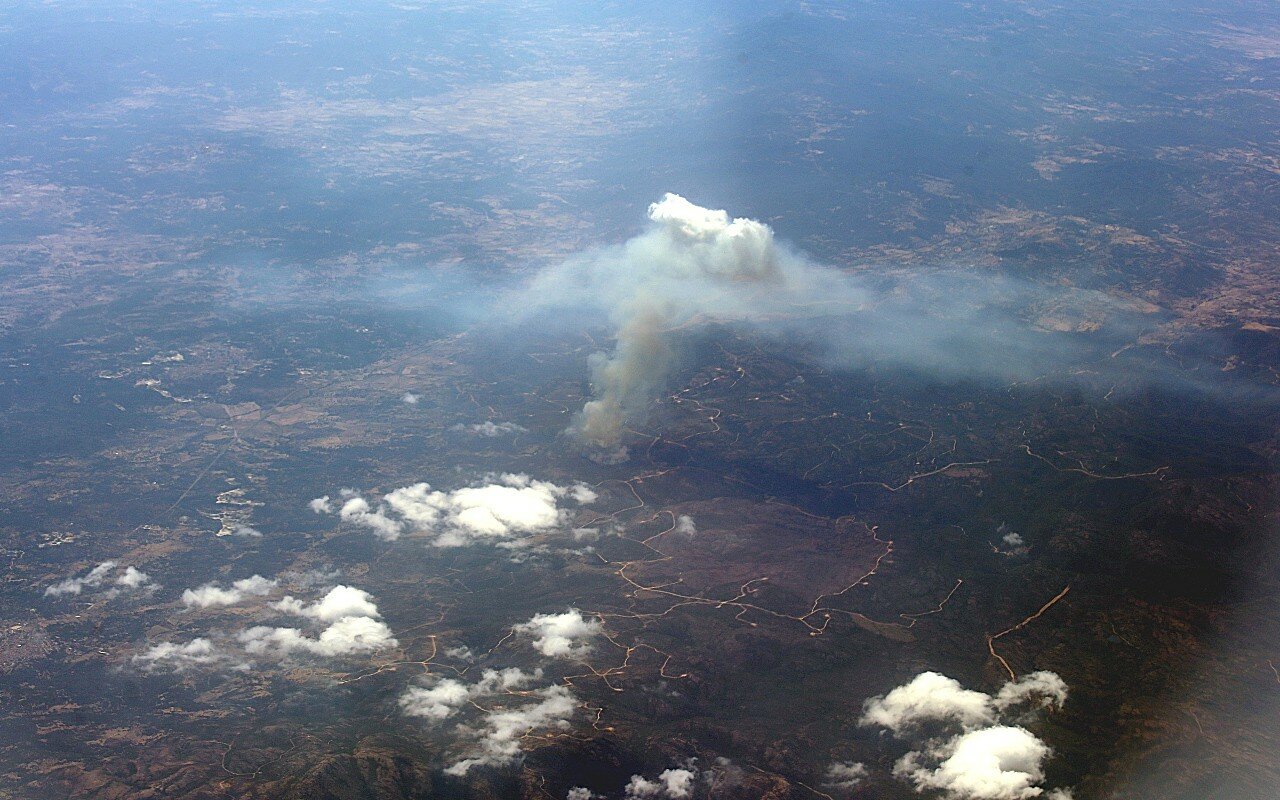 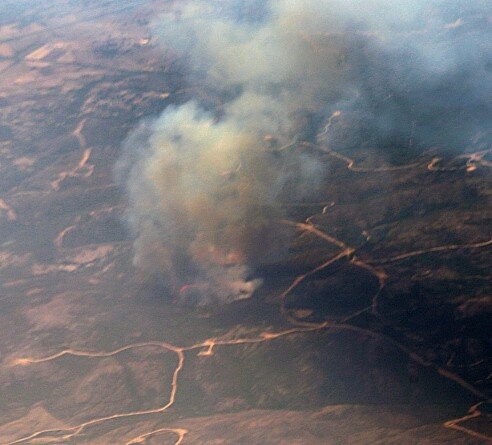 Then for almost 2 hours we flew over a solid cloud cover, 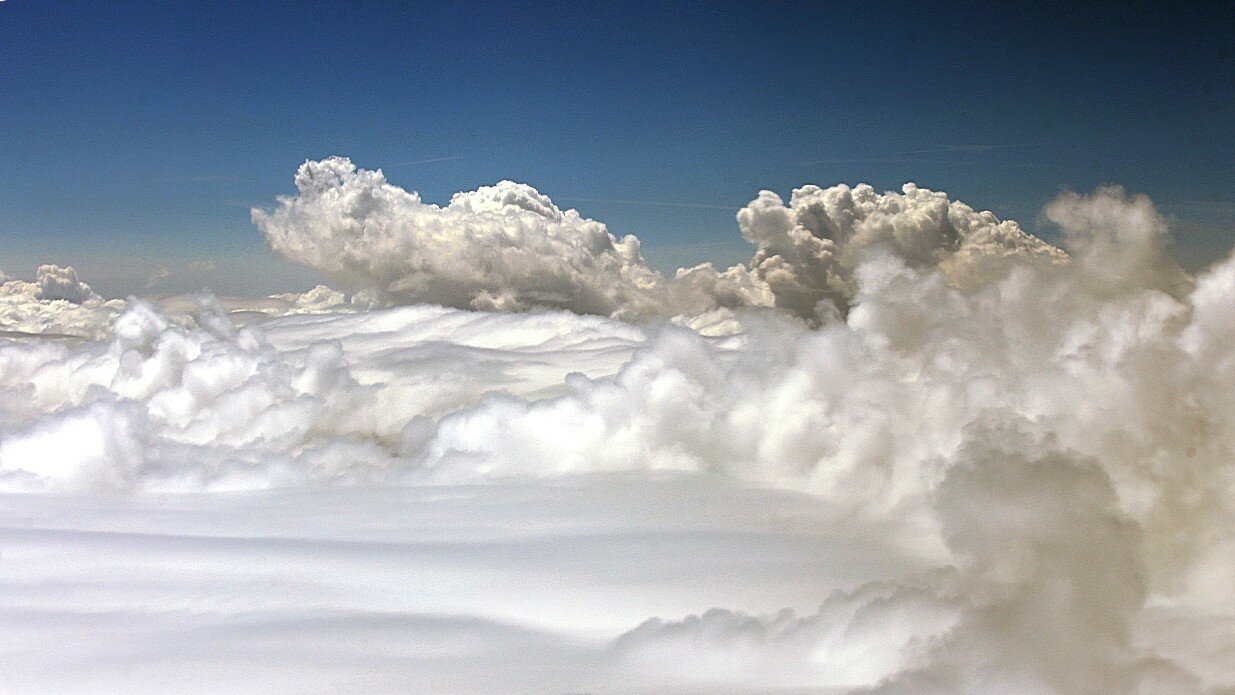 and only before landing, the landscapes of the Tagus river basin appeared. 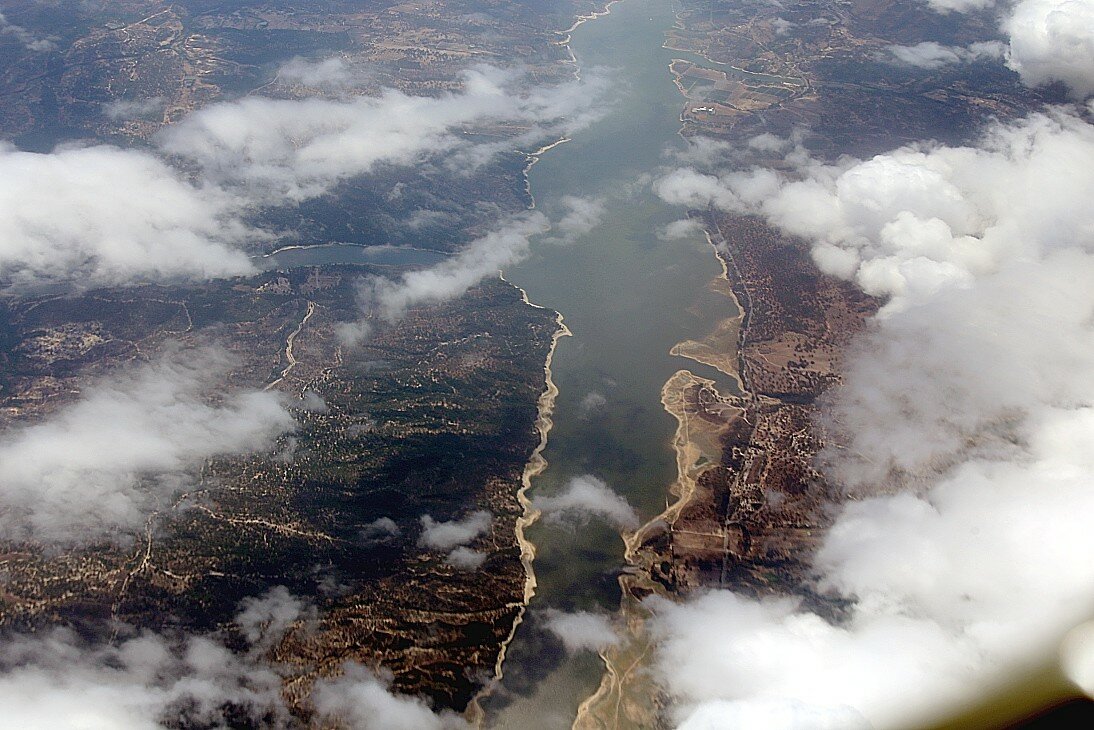