The French Fouga CM-170 Magister was the world's first jet training aircraft. The machine was developed in 1949 by Robert Castello and Pierre Mauboussin. The first prototype flew on July 23, 1952, and serial production began in February 1956. The aircraft was adopted by the French air force as a training aircraft. During the production process, the aircraft was exported to a dozen countries around the world,a total of about 929 cars were produced, of which 292 were licensed in Germany,Finland and Israel. There was also a deck version of the car. The Finnish air force had 80 Fougaa and trained pilots on them until the 1980s. 18 cars were purchased from France and 62 were built under license by Valmet. 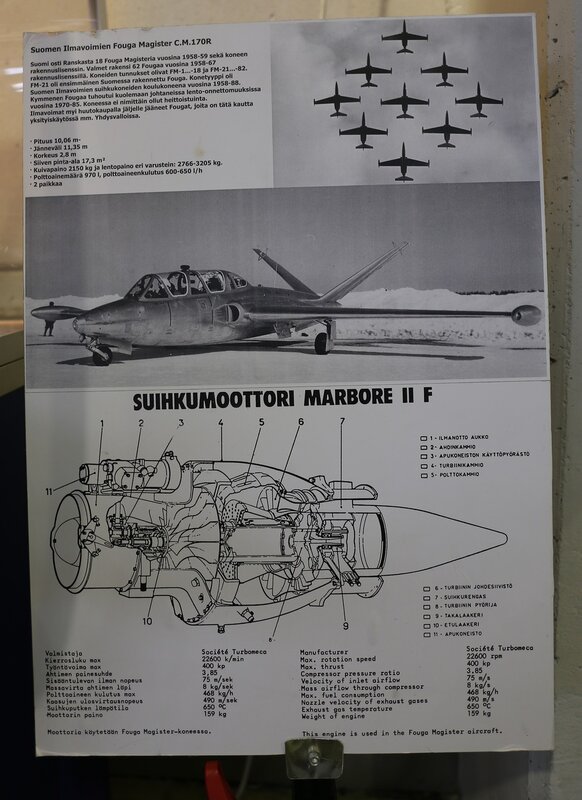 The aircraft had two Turbomeca Marbore turbojets with a thrust of 400 kg each. These engines were produced from 1951 to the 70s. 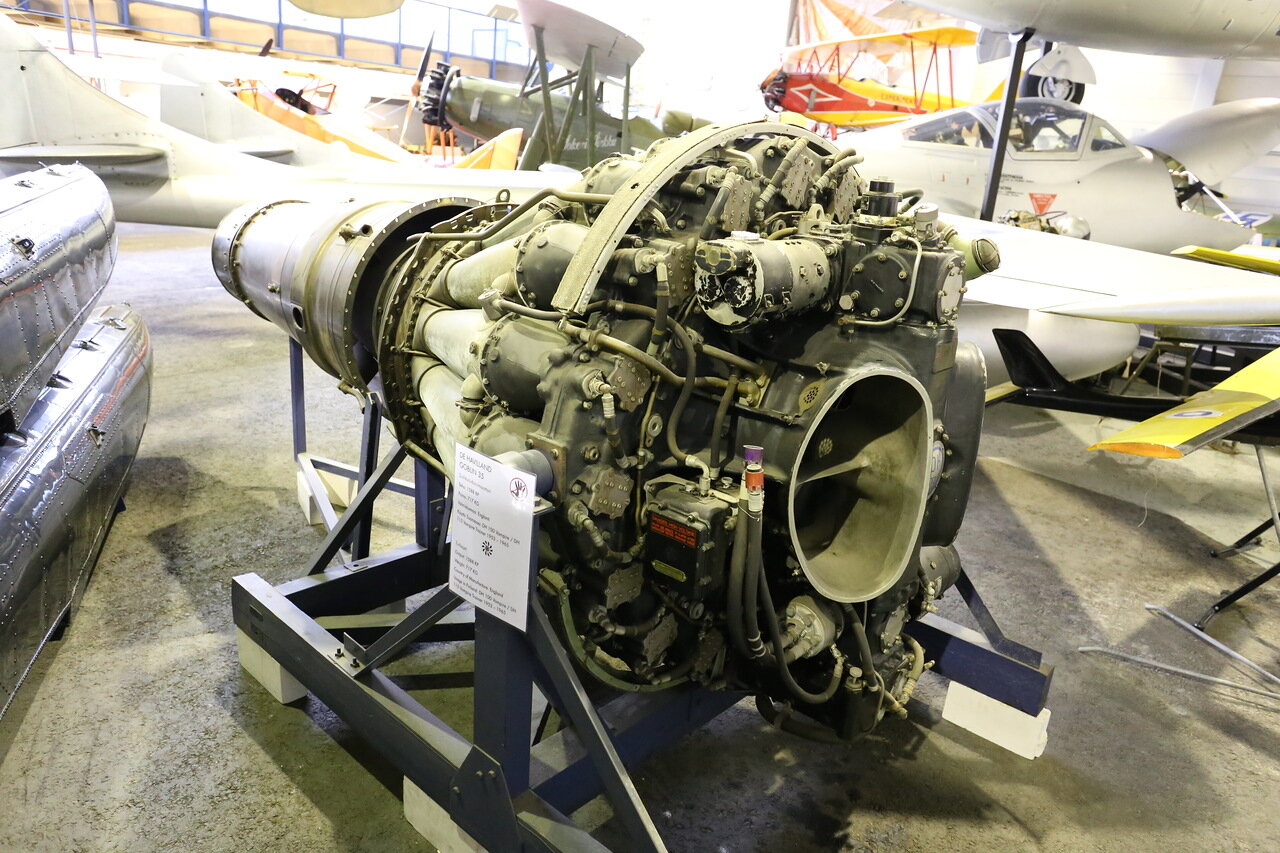 Engine RD-9 Soviet aircraft MiG-21, which were in service with the Finnish air force. 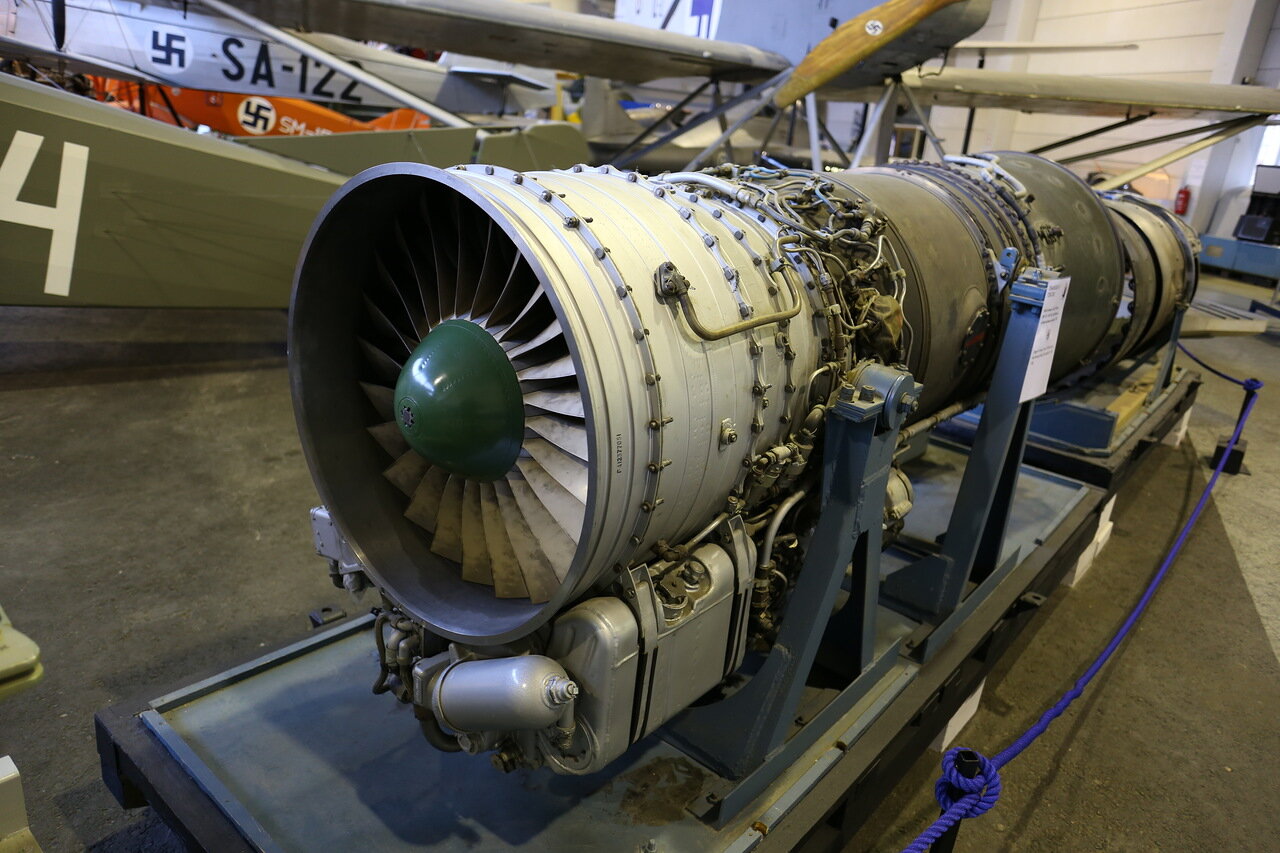 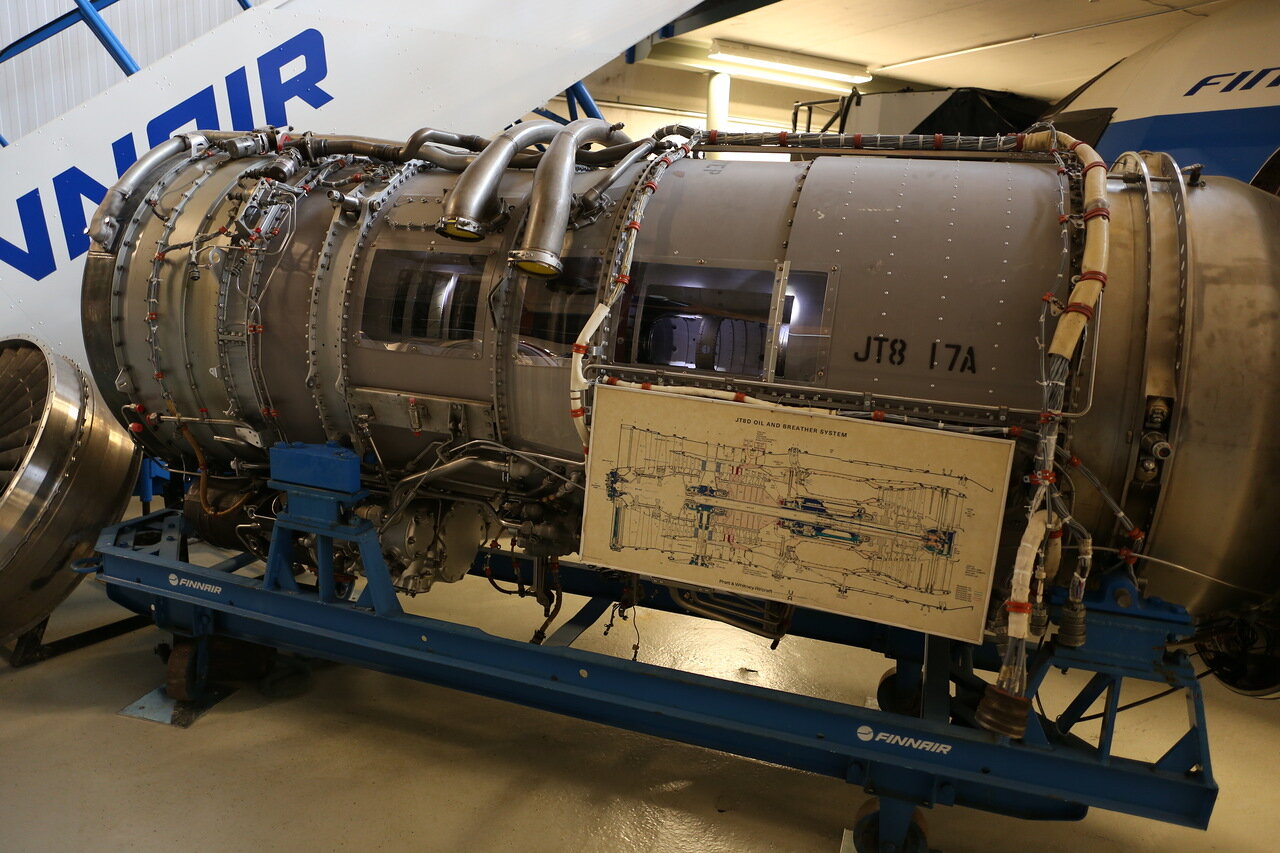