The Heinonen HK-1 ”Keltiäinen" ultralight aircraft was designed and built in the early 50s by the Finnish engineer Juhani Heinonen. The plane is 5.4 meters long and has a wingspan of 6.9 meters. it has an engine of 65 HP and weighs only 400 kg. Heinonen started flying at the student Aero club of the Helsinki University of Technology, after graduating from which, in 1949, he became a design engineer at Valmet. From 1954 until his retirement in 1986, he worked in the technical service of Finnair, where he became a leading specialist in turbojet engines. In 1957, Juhani made a non-stop flight from Madrid to Turku on his plane, covering almost 3000 kilometers. The flight is registered in the FAI as a range record for aircraft weighing up to 500 kg when an outboard fuel tank was installed For the flight, most of the navigation devices and the radio station had to be removed to compensate for the weight of the fuel. Juhani Heinonen is the only Finnish recipient of the Louis Bleriot medal, established in 1936, which is awarded to creators of light aircraft for speed, altitude and range records. 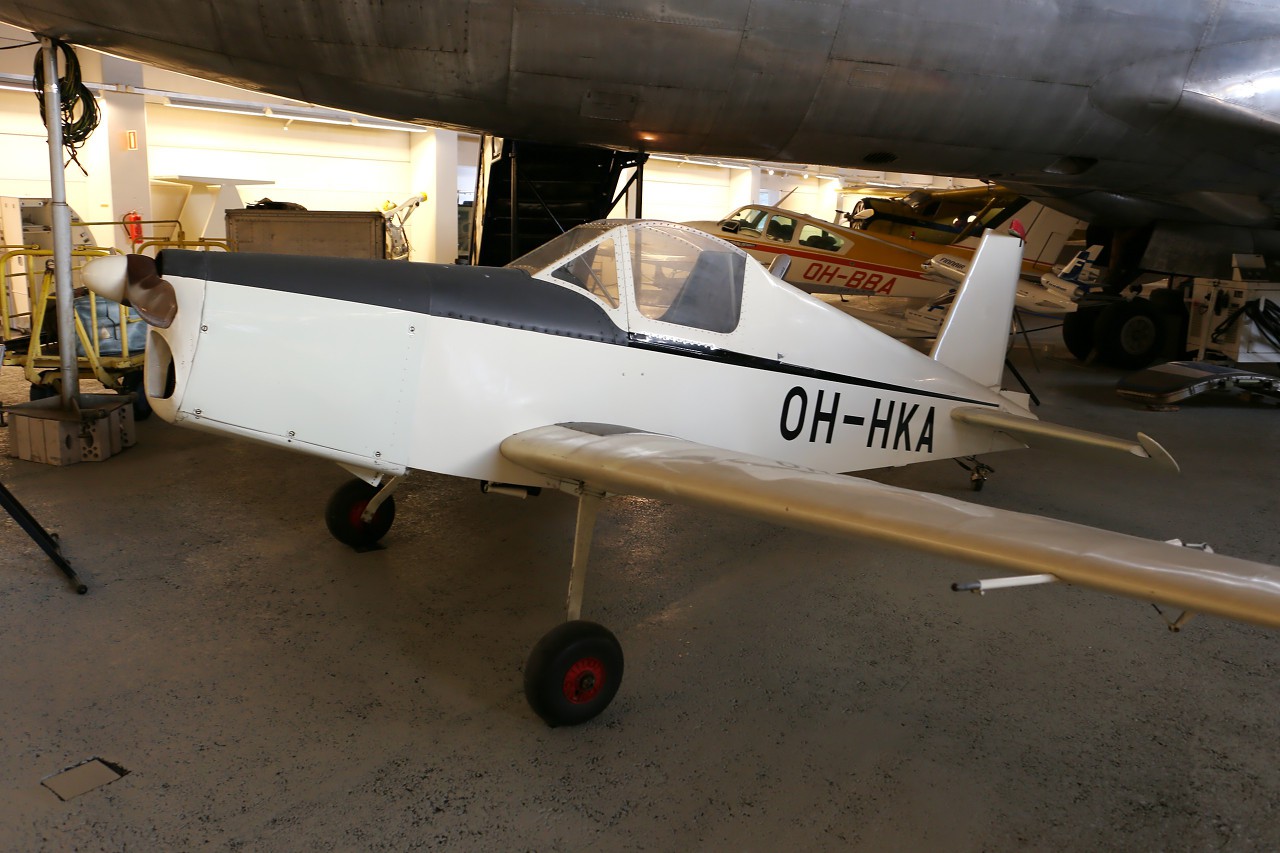 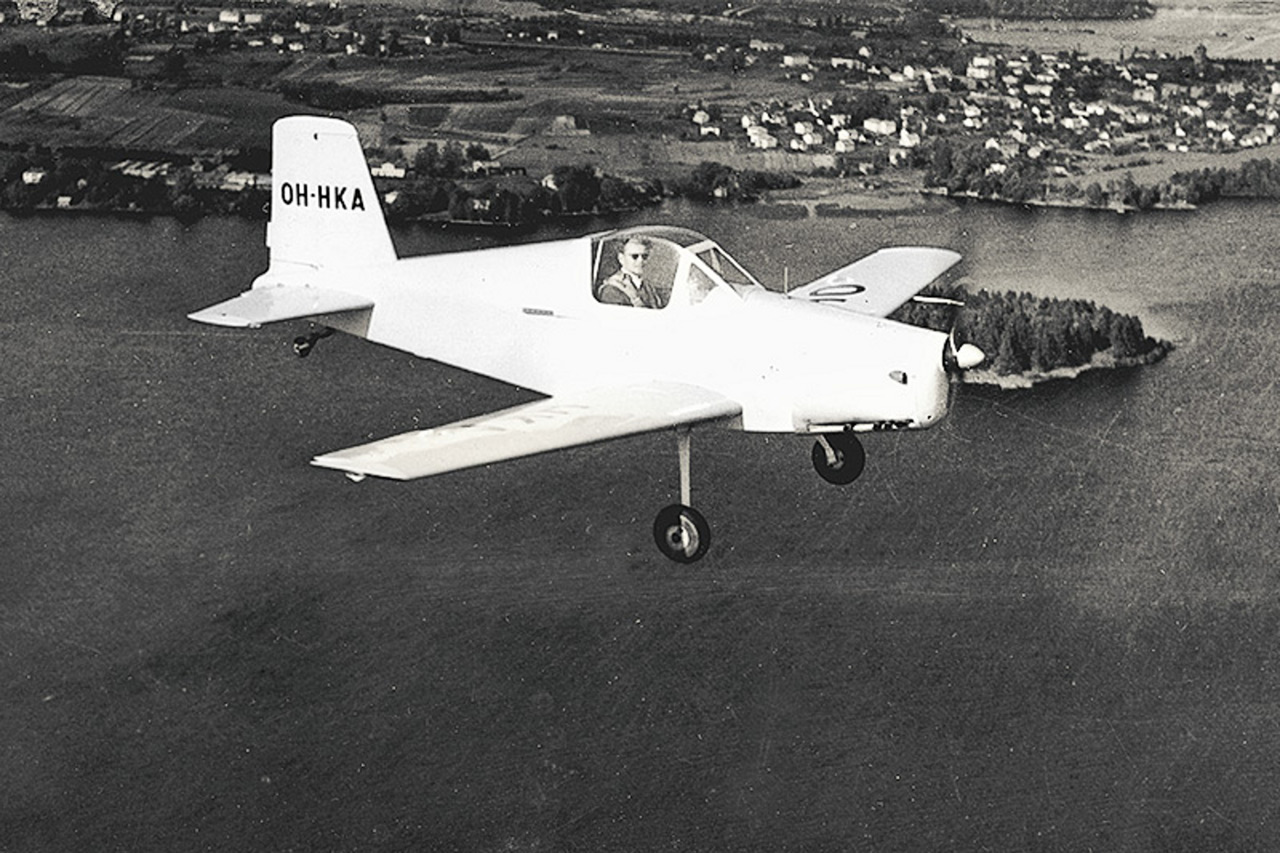 PIK-11 Tumppu ("gauntlet") is a product of creativity of students of the University of Technology in Helsinki. The aircraft was developed in 1953 at the University Aero club under the direction of Kai Mellénin. The idea of the developers was to create a cheap and easy -to- control aircraft for Amateur pilots. Two examples were built , one of which is in the Museum, the second is in private hands and is registered in the Finnish aircraft register . Another aircraft was built at the beginning of the 21st century , and also flies in one of the Aero clubs. 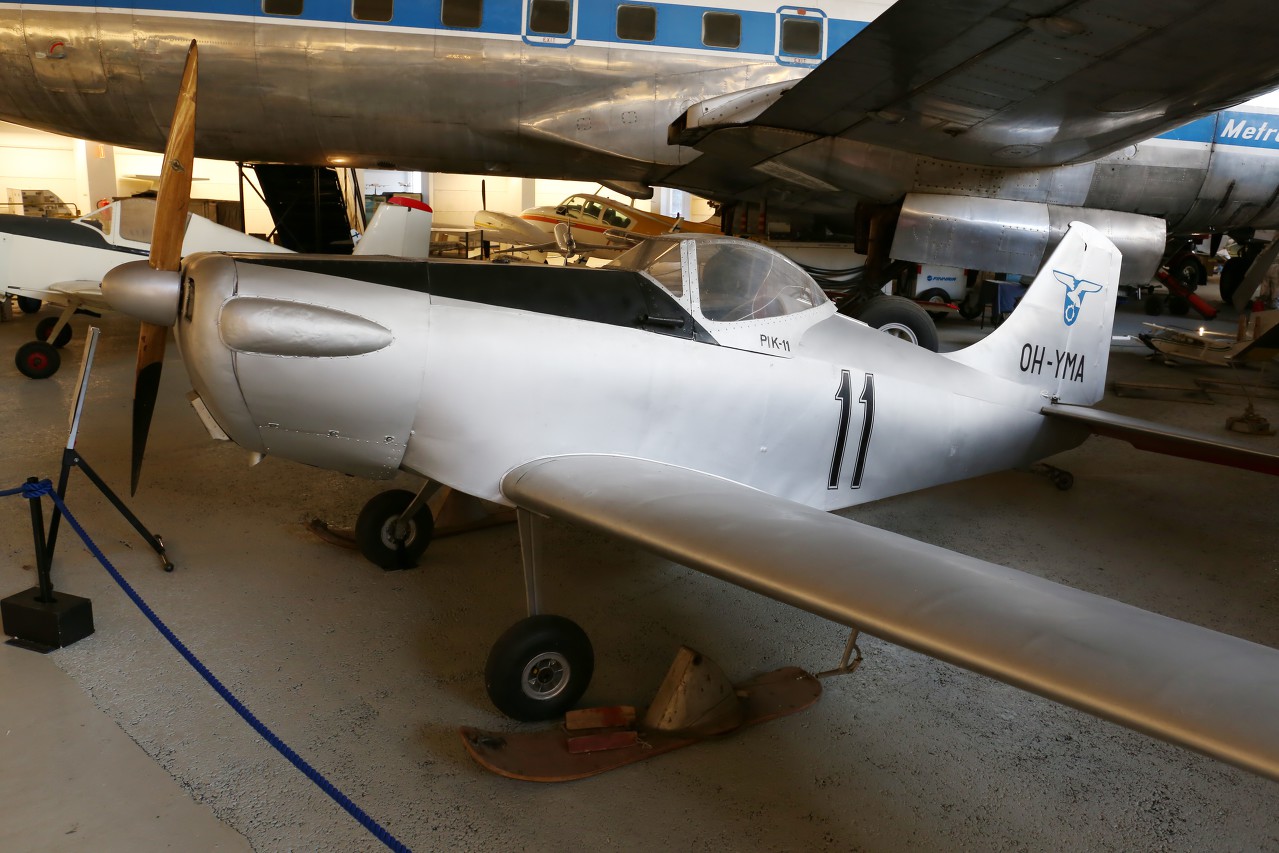 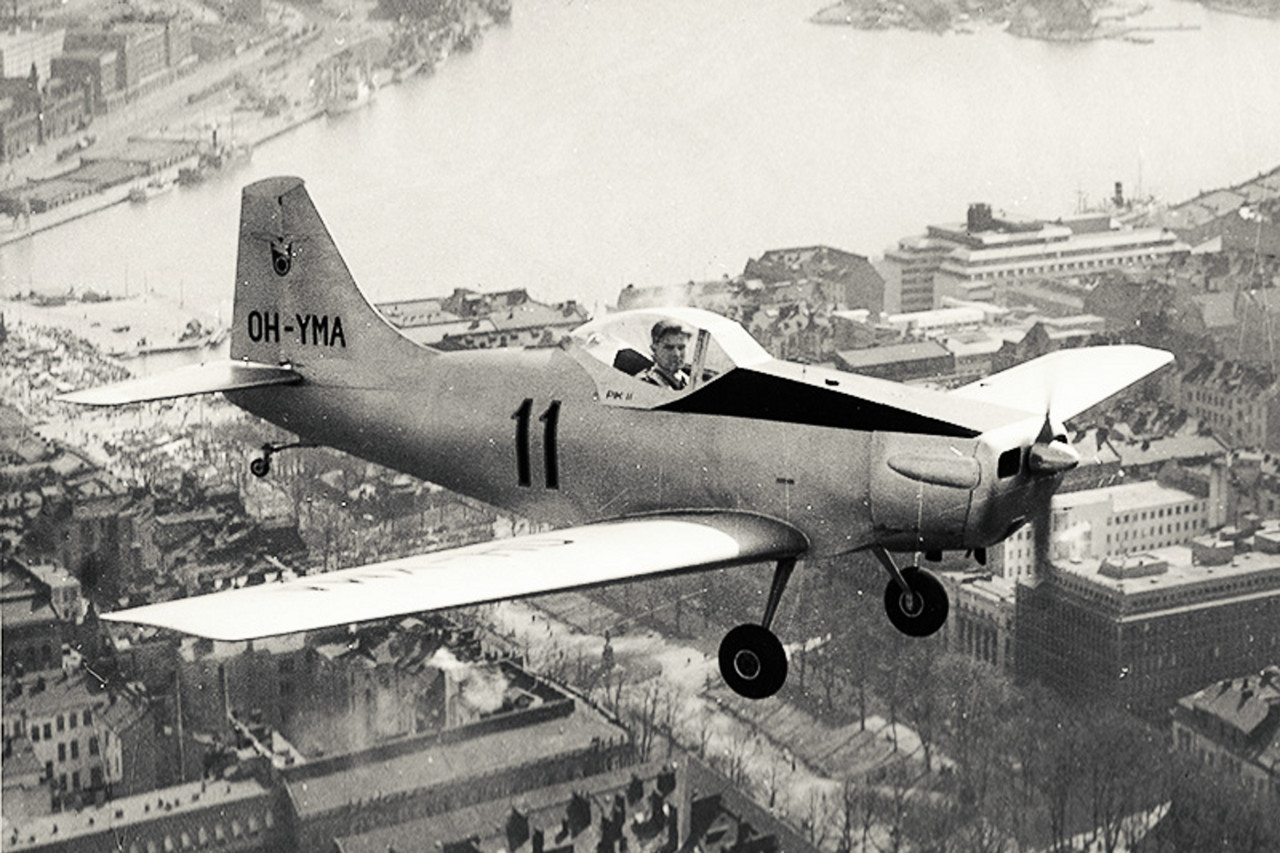 The Eclund TE-1 flying boat was developed in late 1948 by Finnish aircraft engineer Thorolf Eklund, who worked at the state aircraft factory Valtion lentokonetehdas (VL). However, this aircraft was built by him in his spare time and at his own expense. Somehow the engineer got his hands on an old one two-cylinder Poinsard engine with a capacity of 25 HP, produced in the 30s for aviettes. This gave him the idea to build a plane for this engine. The first flight of the car was made in February 1949, showing good flying qualities, but in flight one of the cylinders burst. It was not possible to restore the engine due to the complete lack of spare parts, so Torlaf purchased a 27-horsepower Continental A40-5, which was also not the first freshness, but the designer successfully flew with it until 1969. In 1994, the flying boat was donated to the Museum. This is the smallest seaplane in the world, it has a length of just over 5 meters, a wingspan of 8 m, and a take-off weight of 324 kg. 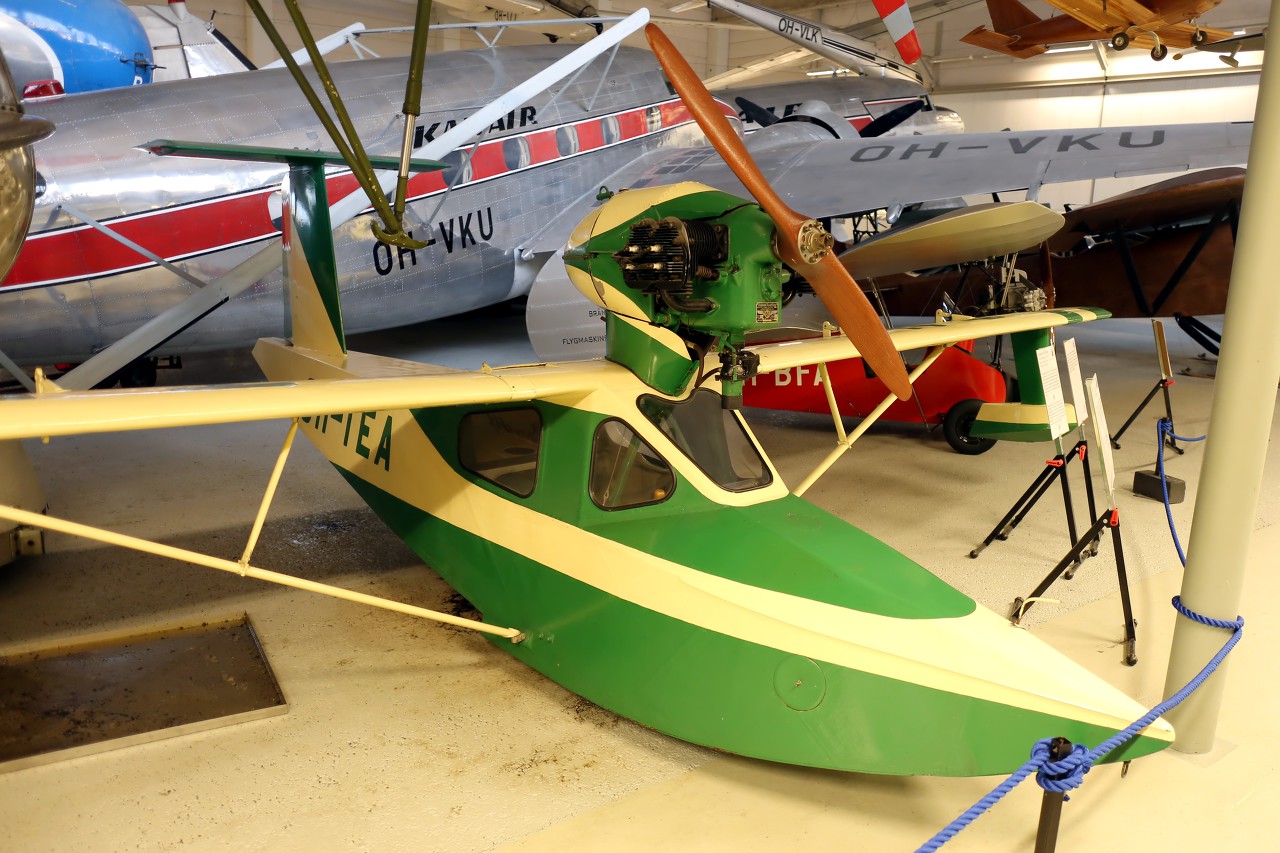 The Mahe Scout ultralight aircraft was built in 1986 in Germany. 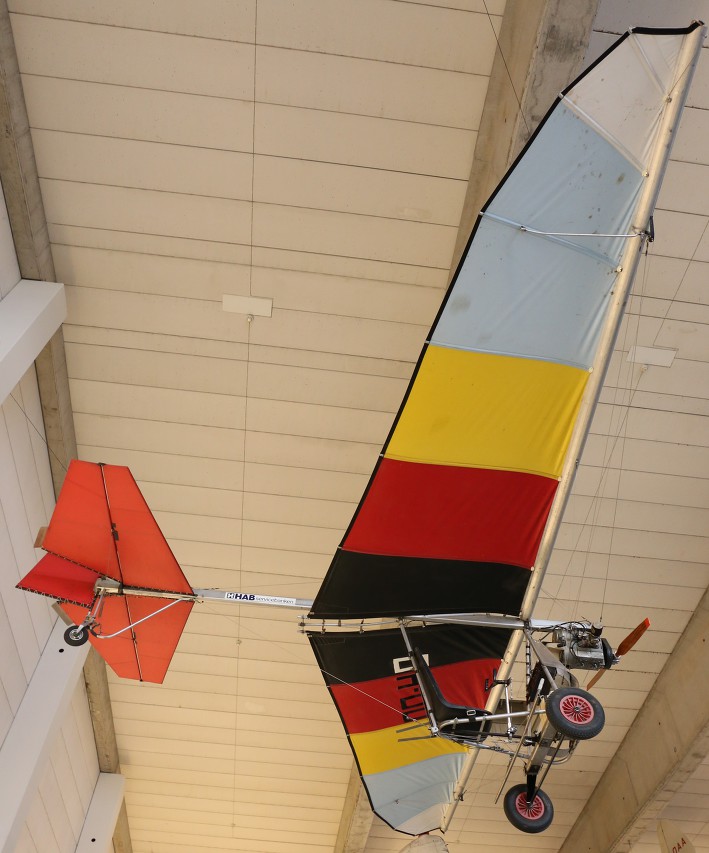 The controls of the aircraft are designed for people with disabilities. This is the world's first "flying wheelchair". 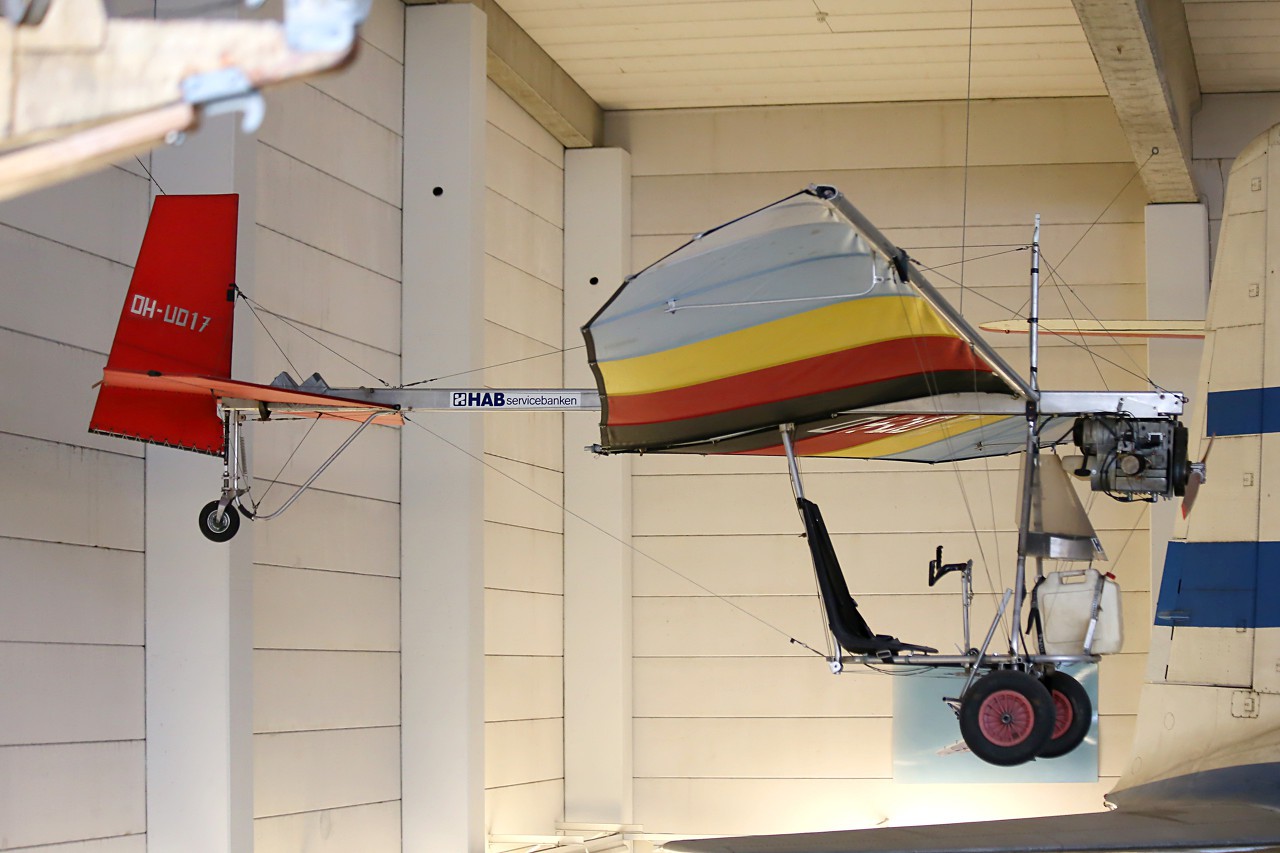