Gloster Gamecock MK-II GA-58 was developed by British company British Gloucestershire Aircraft co. and serially produced since 1925. In 1927, the Finnish air force bought one copy for test tests, which resulted in the acquisition of a production license. State aircraft factory Valtion Lentokonetehdas (VL) produced these aircraft under the name "Kukko" (Rooster), until 1930 was built 15 machines, it was the first production fighter of Finnish production. The aircraft served until 1944, was used in Winter war and world war II as scouts. Presented in the Museum of the wreckage - the result of the disaster during a training flight in 1940. These remains of the fuselage - the only surviving copy of Gloster MK-II. 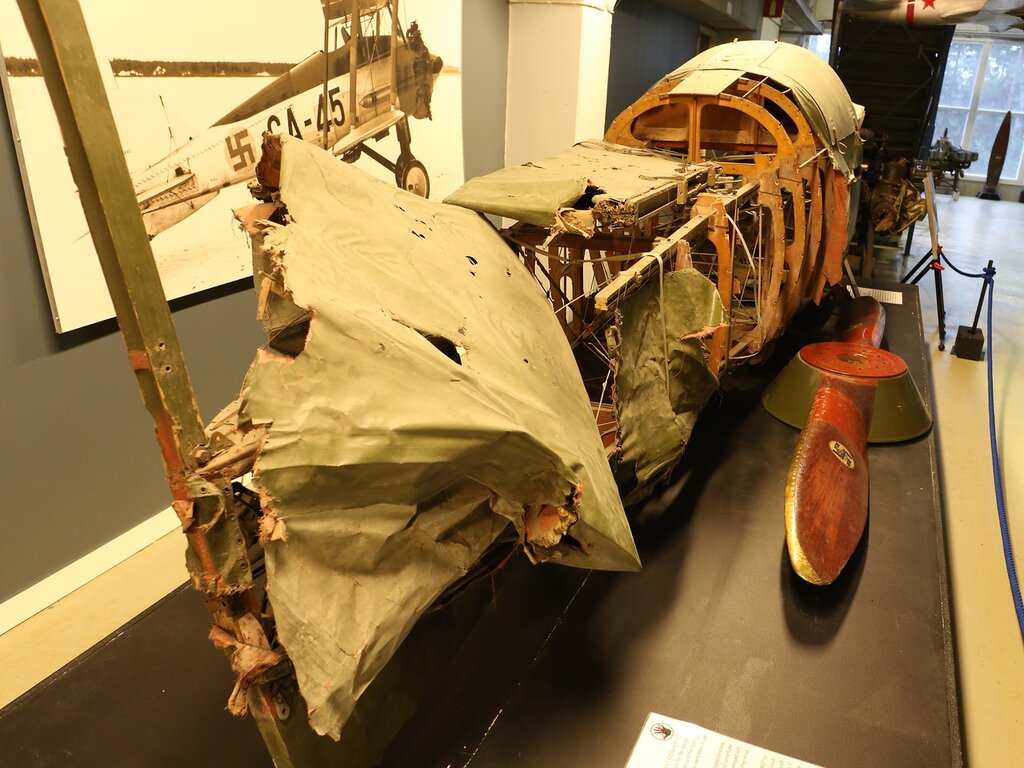 12-cylinder three-row aircraft engine Napier Lion XIA with a capacity of 580 HP, produced from 1928, was installed on Gloster fighters. 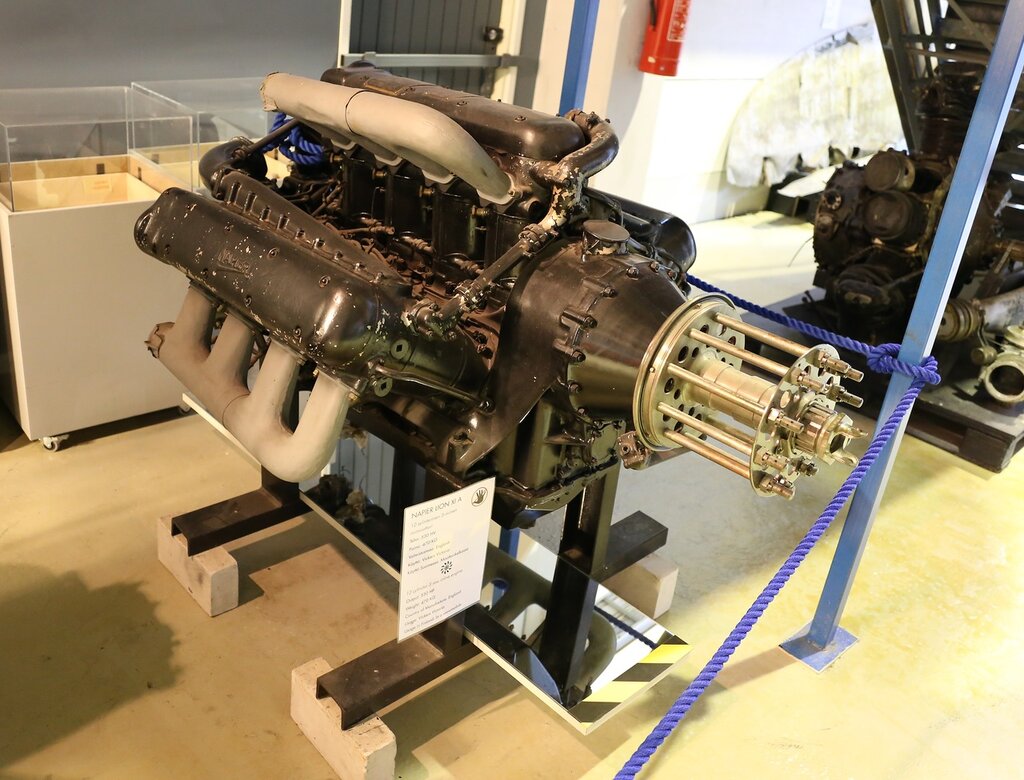 The neighborhood exhibited a couple of engines of the victims of the accident aircraft. 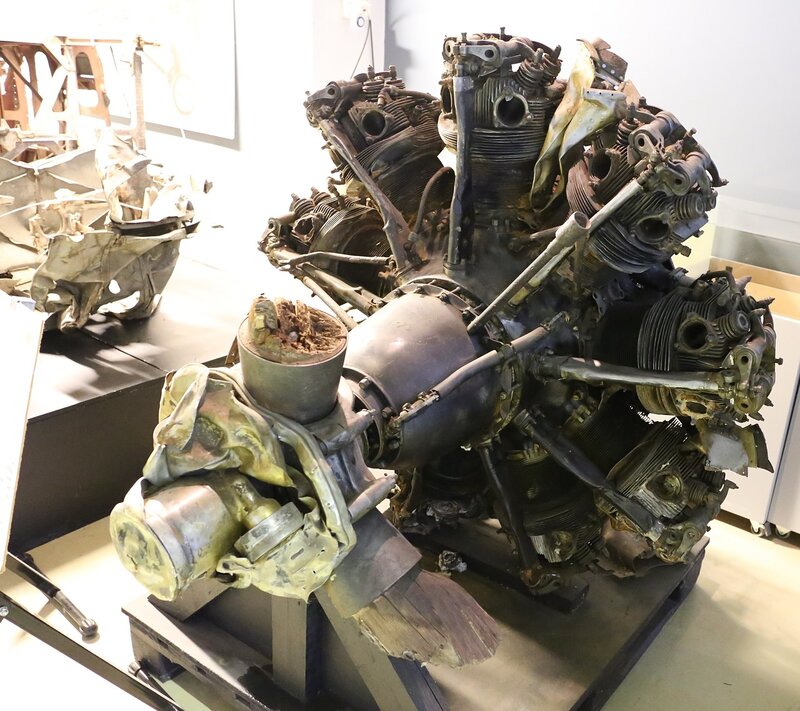 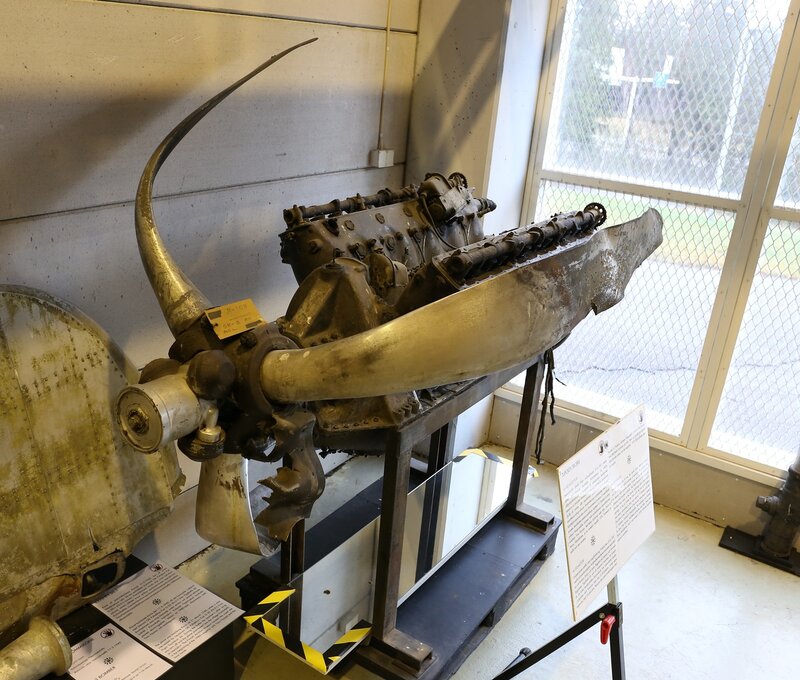